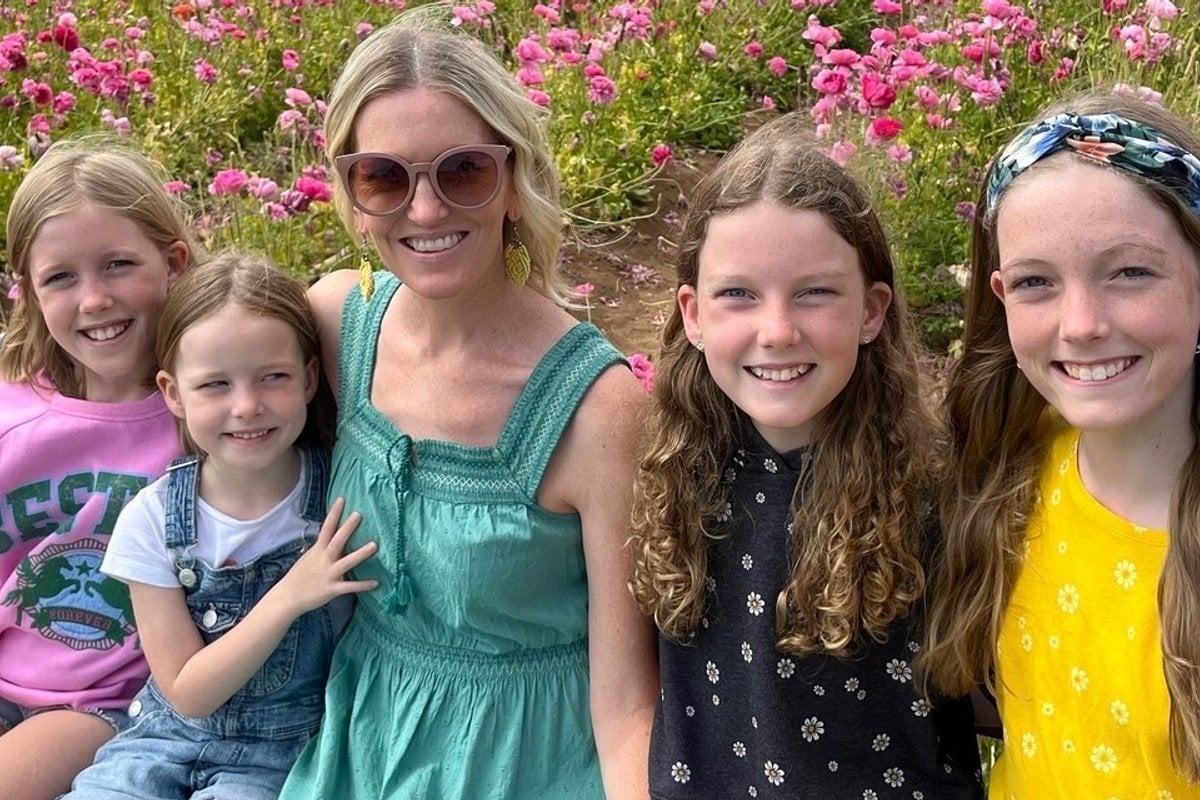 This post mentions violence and could be triggering for some readers.

"How do you feel about moving to America?" my husband asked during one of Melbourne’s lockdowns last year. A job opportunity had come up at his work for an internal transfer.

After what seemed like about 700 days of isolation, I was keen for anything to break up the monotony of life. I told my husband to throw his hat in the ring. At the very least, it would give us something to talk about other than COVID. Those of you in Melbourne will relate to the tortuous dinner table conversations during lockdown where no one had anything to say.

We had flirted with the idea of living in the US a few times over the past decade. A job opportunity at General Motors had been offered, but after spending a week in Detroit’s winter scraping ice off my windscreen and playgrounds frozen over, it was a no from me!

A few years later another opportunity appeared, this time in Silicon Valley (hello, Tesla) but it didn’t eventuate. Like an itch that hadn’t been scratched, we were both keen to explore the opportunity. And this time, the job was in California. Just a tad warmer than Michigan!

As it turned out, he was offered the job, and we did have things to talk about; Were we up for the adventure? Yes! Did we want our kids to experience life in another country? Yes! Did we want to do something different? - Heck, yes!

But another, more haunting question lay beneath the surface...

Did we want our kids to go to school in the US?

Whilst it had been my childhood fantasy to go to school in America - think yellow school buses and Sweet Valley High adventures - a very unsettling question had to be asked...

Were we scared about school shootings?

The answer was yes.

"School shootings" are two words no parent ever wants to hear in the same sentence. But these tragic events, sadly so familiar, are a real and legitimate fear.

My husband and I talked at length about this. He offered up the following reassurances: school shootings rarely happened in elementary schools. We could return to Australia for high school. The likelihood was so slim...

We said yes. He took the job. And our bigger life began.

We have been in California for 8 weeks soaking up the experience. The sun shines every day, buoying people’s moods. The people are welcoming and friendly, the tacos AH-mazing, and our girls have settled in nicely at school.

The greatest country in the world… so they say.

Last week I was beginning to feel it. What’s not to love about living here? I said to a friend. It felt like a dream come true.

Two days ago, that changed. The entire country, and indeed the world, felt the chilling nightmare of (another) school massacre.

I was picking up my kids from school as the details emerged. It was incomprehensible. A massacre at an elementary school in Texas. 19 kids killed. The gunman was only 18 years old. I felt sick to my core.

And this time, it felt close. Far enough away in this big country, but close enough. Too close.

While I was safely collecting my kids from school, parents in Uvalde were being told to provide DNA samples. Phones pinged with unspeakable horrors that were unfolding. Kids who were meant to be safe. Kids who deserved to come home that afternoon.

At picking up, I didn’t let my emotions betray me. As any parent knows, young children look to you for how to feel about things. I had been happy and excited since arriving in the US, determined to start our life here in a positive, enthusiastic manner, and I had sold the American dream to them...

After school, I took my eldest daughter to ballet and told her not to look at her phone. Being 13, I reasoned I would have to tell her, preferring she hear it from me rather than from social media.

I asked some Australian expat friends what was the appropriate response here? Do I tell the younger kids? Should I shield them from it? Where is the guidebook for how to navigate such horrors?

Our school immediately sent out correspondence with resources and guides on how to talk to kids about it. Plus assurances of their strict and committed safety protocols.

How to even begin to explain the unexplainable?

I didn’t say anything to my other girls in the hope they would be spared the knowledge. As I sat on my daughter’s bed at night stroking her hair, I thought of the 19 children who were not safe in bed and my heart hurt beyond words.

I thought of the beautiful kids that mattered.

I thought of the parents who weren’t tucking in their kids.

I thought of the brave teacher who would have died panic-stricken.

I thought of the community and the ripples of trauma that will haunt forever.

And I thought of the families who will live with a permanent hole in their hearts.

My social media feed was flooded with thoughts and prayers and anger and frustration (all valid emotions). People remarked, "I’d never send my kids to school in America" and "How could you live in a country that prioritises guns over kids' lives?" I slept fitfully under a weight of anguish.

The police were at our elementary school gate the next morning, along with the Principal as parents farewelled their kids. I imagine every single teacher in the country who turned up to work that morning felt a grief and fear that is unconscionable.

This isn’t a once-off. Not even close.

American friends I have spoken with are all in agreement. It’s chilling. It’s abhorrent. It’s murderous. And yet they hold little hope that things will change.

I knew I would have to explain this to my kids at some stage. I didn't think it would be so soon. My fourth grader came home from school that day, having heard the news. Kids were talking about it. A shooting at a school. “Is it true, Mum?”

There is a lot to love about this country. I genuinely feel that way. But this is a stain that repeats and repeats.

Am I scared? Yes.

But mostly, I am sad.

My heart weeps for the families who sent their kids to school in the anticipation they would return. Nineteen parents should be starting their summer break today. Instead of planning their vacations, they are planning their children’s funerals.

It's 21 weeks into the year, and America has already seen 213 mass shootings.

It is time for the greatest country in the world to take action.

Michaela Fox is a freelance writer and mum to four daughters. She shares her expat experiences and tips for raising girls on Instagram at Girls Thriving and on Facebook.