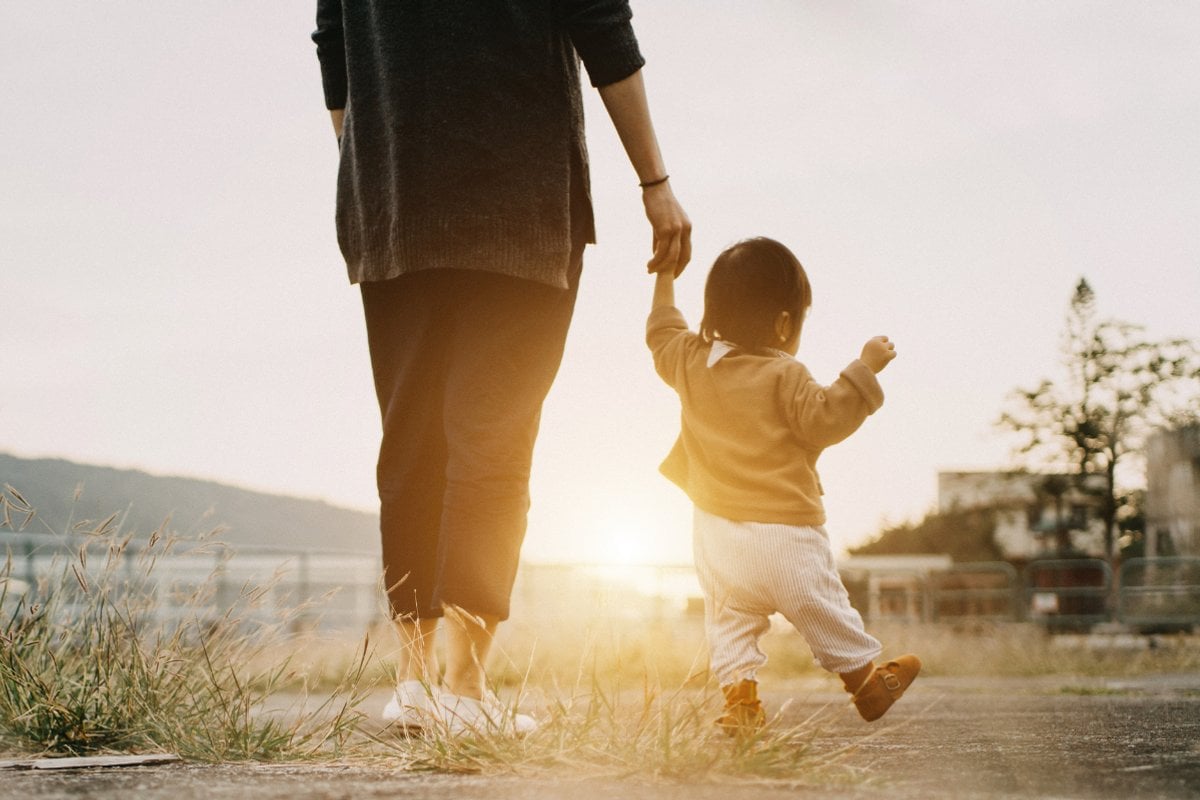 We sat in front of the screen, waiting for the host to start the meeting.

The host was a social worker. The meeting was with our former foster daughter, Coco, who now lived in someone else’s house, in a different state.

This would be the first time we’d seen her in more than a year.

Watch: The reality of Aussie kids in foster care. Post continues below.

How do you Zoom with a two-year-old who doesn’t remember you?

I’d ordered Playdoh and stacking blocks and flashcards, and I’d mailed one set to the social worker and one set to us so we’d have the same toys and could play with them at the same time on the screen.

I’d also printed and mailed photographs – more than a dozen pictures of Coco as a baby with Eric and me. We wanted her to see that we’d known each other, that she’d lived with us in our home.

But the toys and the photographs hadn’t arrived in time due to the storm raging across the country, so I researched other toddler-friendly, Zoom-friendly games and made a list.

The clapping game. Animal sounds. Simon Says. I cued a few songs on my computer.

We’d brought Coco home from the hospital when she was three days old.

She lived with us for ten months, until the state of Idaho decided to reunify her with her biological mother, Evelyn.

After reunification, I stayed in touch with Evelyn. We texted every few days. She sent photographs of Coco, invited me to Coco’s first birthday party, even asked me to babysit.

Then, one day, she vanished. Stopped responding to my texts or calls. No one could find her.

But months later they did find her. In another state. And social workers in that other state placed Coco back into foster care. But not with us.

We drove to that other state, hired lawyers, went to court, but nothing we did had any effect.

After months of unanswered emails, one of our lawyers had finally been able to get the social worker to respond, and she asked for these Zoom visits.

“If Coco ever becomes available for adoption and you want to be considered as a permanent placement for her,” our lawyer explained, “then you need to have regular contact with her or else this case is pretty much over.”

I agreed to the Zoom visits. Eric wasn’t sure. He hadn’t seen Coco since the day she left our house – not even a picture. Seeing her was too painful. He didn’t want to see her until he knew she was coming home for good. 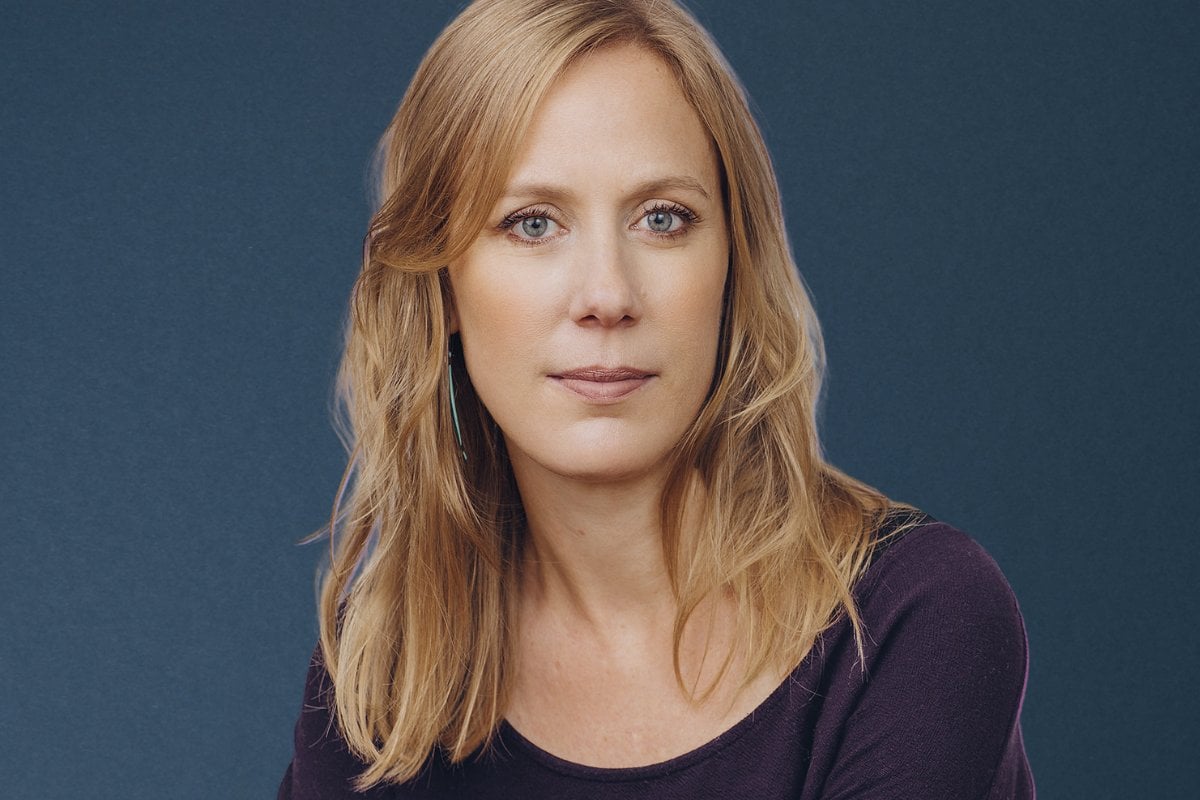 The night before the Zoom appointment, Eric and I talked in the living room. The sun set, but we didn’t turn on any lights, kept talking in the dark.

“I want to know her,” I told Eric. “I want to be in her life, even if we don’t get to adopt her. We can be another set of loving adults, another source of support.”

Now, we sat next to each other and watched the screen, waiting for our girl to appear.

In this episode of This Glorious Mess: Little Kids, we talk through the myths and realities of fostering a baby. Post continues below.

The day we first Zoomed with Coco was also the day 'Perseverance' reached Mars.

Eric and I watched the landing. Everything about the event made me weepy. The teamwork, the scientists’ enthusiasm, the questions children asked, the story about why NASA scientists eat peanuts during landings, the visible worry in everyone’s eyes.

During the Mars landing, NASA scientists talked about “two-way light time,” that it takes 11 minutes to send a message from earth to Perseverance, and 11 minutes for the answer to come back. 22 minutes round trip.

The scientists explained how the landing itself – from entering Mars’s atmosphere to touching down onto the surface of that red planet – would be done on autopilot, without the help of anyone on earth. NASA’s teams had to trust that their years of preparation and planning and calculations would work. They had to let go.

The planned landing site for Perseverance was Jezero Crater.

Scientists think the crater used to be a lake more than 3.5 billion years ago. An ancient lake with an ancient inlet and an ancient outlet, the best possible place to find evidence of ancient life. All of their language for Mars is Earth language with the adjective 'ancient' in front of it – lake, fields, cliffs, crater, rocks, sand, water. They use our words for a disappeared world.

If Mars was once like Earth, then to look at Mars is to look at our future obliteration. “From a once habitable world to the cold barren planet that Mars is today,” one of the scientists said. Where Perseverance is landing there used to be water – and now there is no water.

We used to have a daughter. Now we don’t.

The host started the Zoom meeting, and though we’d never met the social worker, she didn’t turn on her camera.

“Hello,” I said, when her black square appeared.

“I don’t think we’ve officially met,” I said, and I told her our names, thanked her for arranging this visit.

The foster dad hadn’t joined the meeting yet. “Let me text him,” she said.

I took notes, knew I’d need records of these meetings.

Then Coco appeared on my computer. The top of her head.

Two months before she came back into foster care, one of Evelyn’s friends had texted me a picture of Coco, and she hadn’t looked healthy – gaunt, sallow, skinny, patchy hair. But now, after six months in foster care, on the screen, we saw a smiling, laughing, healthy toddler.

She was wearing a pink shirt with an owl on it, and her hair was long, in a ponytail on top of her head.

I held a photograph up to the camera on my computer, a picture of Coco and Eric and me when she lived with us.

We clapped three times. “Now you,” we said.

She laughed. She drank apple juice. She ate apple sauce. The foster dad handed her a toy pony. “She asked Santa for a pony for Christmas, and Santa brought her a pony,” he said.

Coco held the pony. Hugged the pony. Kissed the pony’s head. “Hold this,” she said to the foster dad and handed him the pony so she could drink her juice. “Heavy,” she said.

Perseverance will take core samples of Mars and that material will be brought to earth in 2031. They’ll have to send another rover, another spaceship, to bring them back. Scientists hope to find traces of ancient life in those samples.

I read an article years ago about how when we look for “life” we might not find it because our definition of what counts as “life” limits what we see.

When we discover beings thriving in the deepest dark at the bottom of the ocean, for example, we are surprised. “But these are not conditions for life,” we say. But we don’t know what we’re talking about.

We are scheduled to Zoom with Coco every week, and a friend suggested we wear funny hats. I ordered several online – a unicorn, a jellyfish, a frog, butterflies, a bunny.

I wonder if someone on Mars ever ordered funny hats to wear when they talked with a child they had to give back to her mother. Will they find traces of those interactions in the core samples?

Here is where a mother cried, I imagine them saying.

Here is where a baby laughed.

Here, they say, and point to a fossil. Love.

I see photos of Coco when she lived in our house. Giggling on the couch. Sitting on my lap wearing bunny ears. Strapped to Eric’s chest.

I know better than to look at the pictures, but I can’t help myself.

It’s like time travel, visiting how our life used to be when she was our foster daughter. The time between that life and the one we live now keeps growing.

We keep the door to Coco’s room closed, some other world that can only be visited. Even these many months later, it smells like her, the closet filled with her clothes.

When we gave Coco back to Evelyn, we also gave Evelyn gifts. New clothes for Coco. a library of children’s books our friends had collected, Coco’s favorite toys. But Evelyn was later evicted, her belongings thrown into a dumpster or sold or given away.

During the Mars landing, when Perseverance was on autopilot, out of the control of NASA’s team, the scientists listened for a heartbeat.

“The sound of a heartbeat tells us Perseverance is okay,” a scientist explained. They’d designed it to sound like Perseverance was alive. They’d programmed the rover to think. They called Perseverance "she".

Once, when I visited Evelyn and Coco at their home, before everything went wrong, there was a sewing machine on the kitchen table. “Do you sew?” I asked Evelyn.

“Yes,” she said. “Come look.” She brought me to Coco’s cot and showed me a quilt she’d just finished for her – purple on one side, a pink heart pattern on the other. In the cot was a stuffed monkey. Evelyn picked it up and pressed a button on its back. The noise was loud and staticky, and I thought it would scare Coco, but it didn’t.

“That’s her heartbeat when she was still in my womb,” she said, and we stood there, the three of us, and listened.

The caticorn’s tail was all the colours of the rainbow. “She knows her colours,” he said.

“Blue,” she said and pointed to the blue part of the tail. “Green.”

“She’s toilet trained,” he said. “Even through the night.”

We’d been worried the foster dad would not support our visits with Coco. He would understand that we are doing them because we want her back, because we want to bring her home – and we know he wants to keep her too.

He is also the foster dad to one of Evelyn’s sons. Evelyn had told us that he sabotaged their relationship – didn’t bring the teenage son to visits with her, didn’t bring him to therapy, didn’t encourage him to answer her calls.

Watching his kindness with Coco, I wondered if what Evelyn called sabotage was really a kind of care. Maybe he helped the son know it was okay if he didn’t want to live with his mother anymore. Maybe he told the son it was okay to want a safe and stable life.

The foster dad picked up a puppy. “She has a new puppy,” he said.

He told us they have chickens in the backyard and that a neighbour had given Coco a toy car she likes to drive around, a mini-Volkswagen bug.

He left the screen to make her some oatmeal in the kitchen. We played the clapping game again. We turned on music and danced. We tried Simon Says. We touched our ears, our heads, our shoulders. Then we stuck out our tongues. Coco stuck out her tongue. We laughed. She laughed.

“That’s funny,” Coco said and took a sip of juice.

“I need to end this meeting,” the social worker said from her dark square. “I have another meeting right now.”

We waved. We blew kisses.

Sarah Sentilles’ Stranger Care: A Memoir of Loving What Isn’t Ours is out now in Australia through Text Publishing. 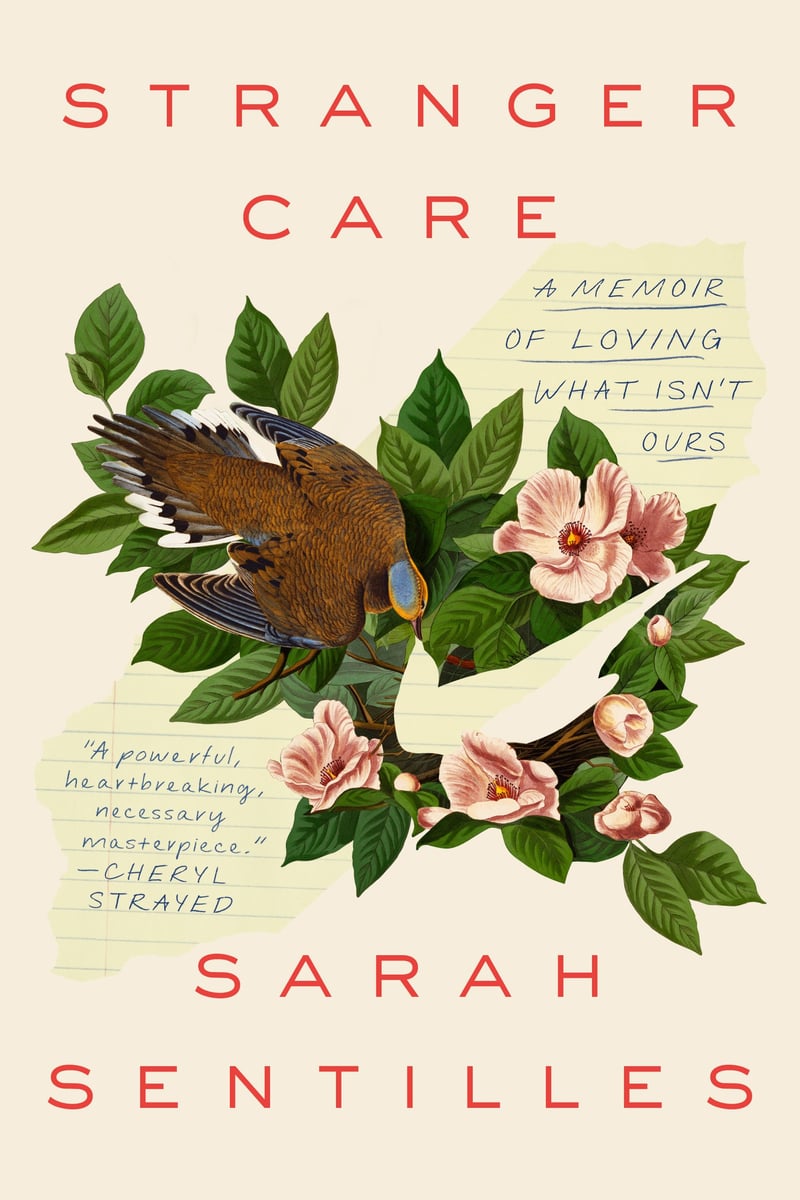