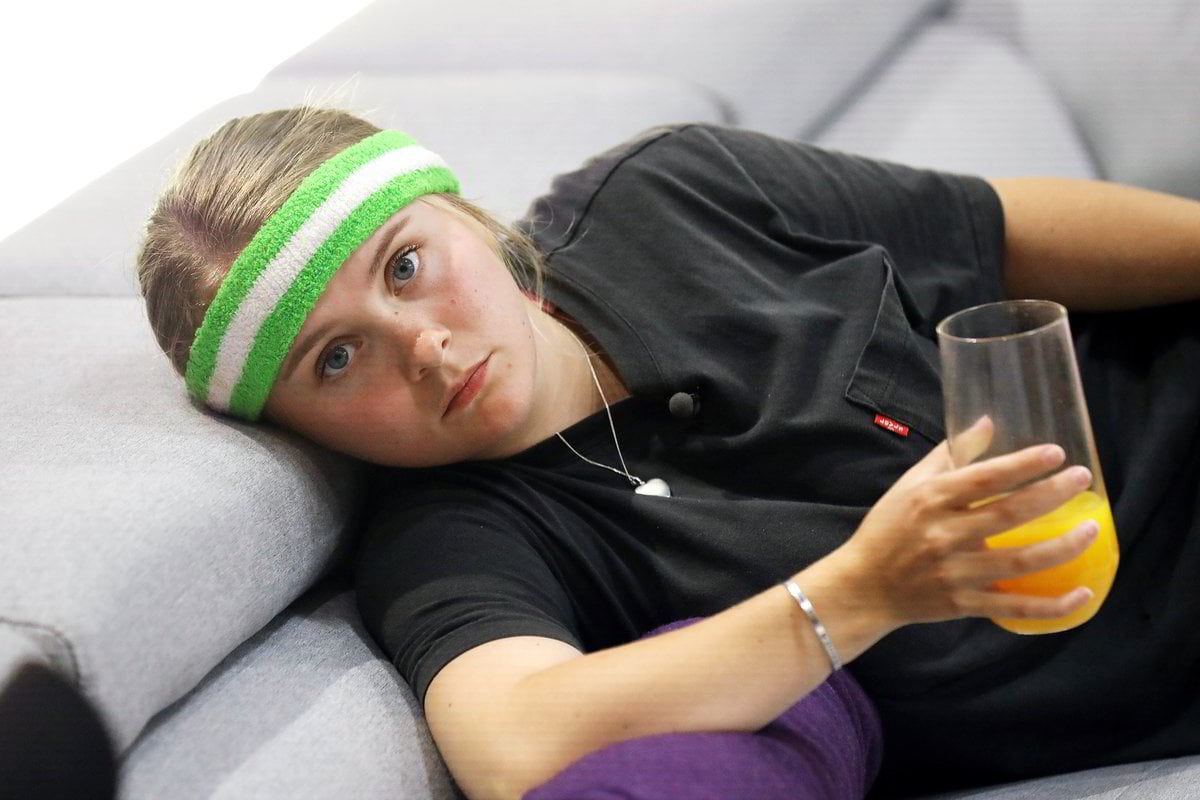 Last year, Sarah McDougal lost her father at 18 years old. Now, she's competing on Big Brother Australia, hoping to pay off the debt her family incurred from her father's funeral.

Sarah, the youngest contestant on the Channel Seven reality series, has secured her spot in the top five.

But entering the house was a more difficult consideration than many viewers would realise. 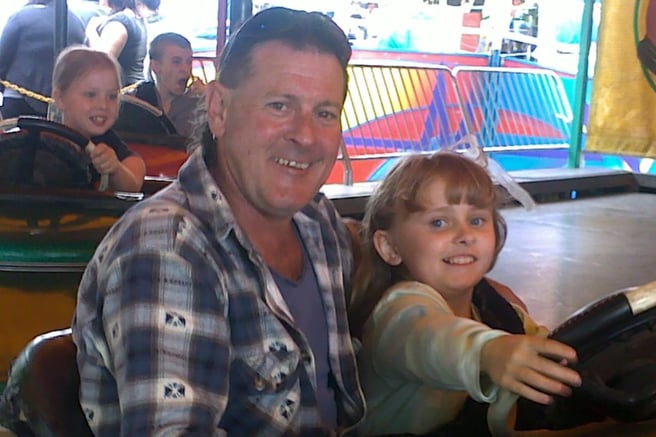 Sarah with her father. Image: Supplied.

"Last time I spent time away from my family, I travelled to Indonesia and we had a close death in the family - my father," the now 19-year-old tells Mamamia. "So leaving for the Big Brother house was a big jump for me because I was scared of what would happen if I left my family again.

"I'm still grieving... I thought to myself, 'Am I really selfish? Did I just pack up my bags and leave my family when they need me the most?'"

She had conversations with her family, as well as psychologists, and ultimately decided to give it a go.

Sarah is the second youngest of five siblings. Together, they grew up in public housing in south-east Melbourne, with their family classified as living under the poverty line. 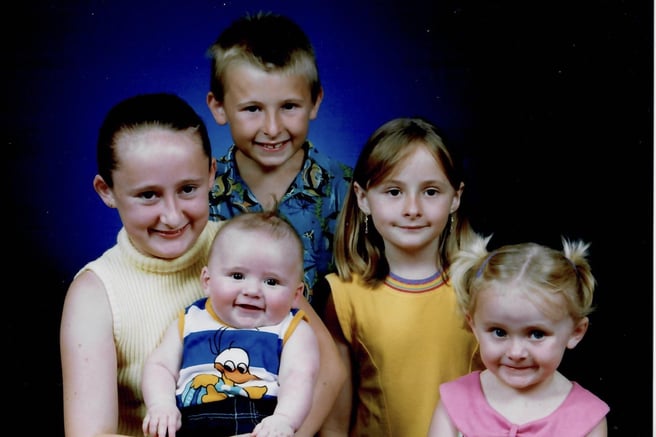 Sarah is one of five siblings. Image: Supplied.

"Everything seemed to be so uncertain," she reflects. "My parents did the best job they could have done with raising us and they made sure that we didn't know too much about their financial details. But you could see it.

"One week we couldn't spend any more than $10 on grocery shopping, and that's when it really hit me.

From 14 years old, Sarah has worked multiple jobs to help support her family. Prior to Big Brother, the teenager worked at both Coles and Bunnings Warehouse. 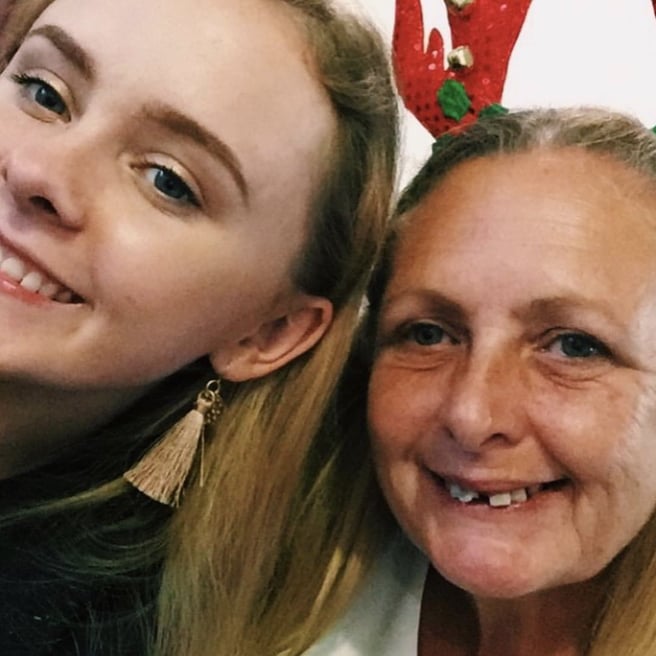 Sarah with her mother. Image: Supplied.
With the recent attention on people living in housing commission, thanks to the coronavirus outbreak in Melbourne, Sarah says there are definitely misconceptions about the public housing communities.

"I wish people would take a step back and realise that these are real people. No, they aren't all alcoholics. They aren't all drug addicts... They have real feelings and they have a real life."

She continues: "People need to stop thinking about the money in their pocket and actually think about the charisma in their hearts."

Certainly, it's Sarah's charisma that has helped get her so far in the Big Brother game. Upon entering the house, Sarah had a strategy.

"You'll see me playing that angelic little sister role," she shares. "And that was 100 per cent what I wanted to do. On the outside, I'm much more confident and opinionated, and much more stubborn. But you've got to put some things aside to get that far in the house." 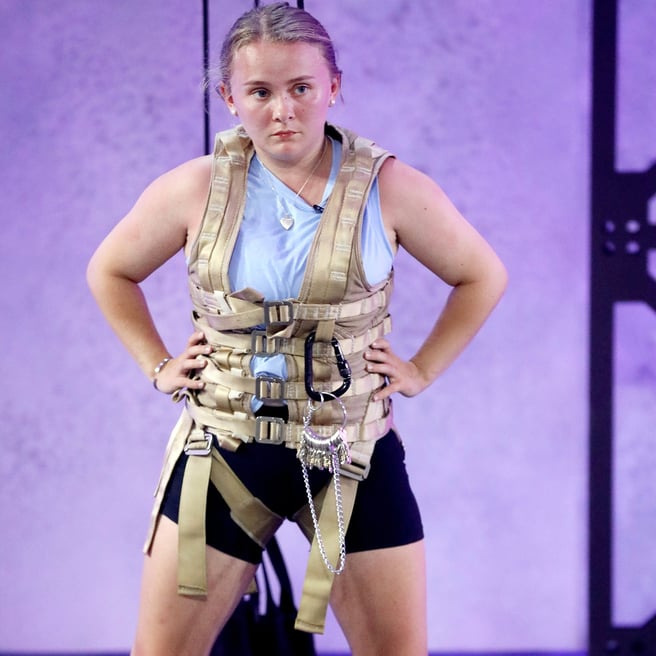 Sarah has made it to the top five on Big Brother Australia 2020. Image: Supplied.

Apart from still going through the grieving process, Sarah says the isolation of the Big Brother house was one of the most difficult parts.

"We didn't know the date or the time of day. As much as that doesn't seem hard, it really takes a toll on your mental wellbeing. It really makes you think, 'Am I a real human? Or am I just some guinea pig trapped in a cage?'

"It was so much harder than what I expected. It took a lot of courage from all of us to be able to get to the end." 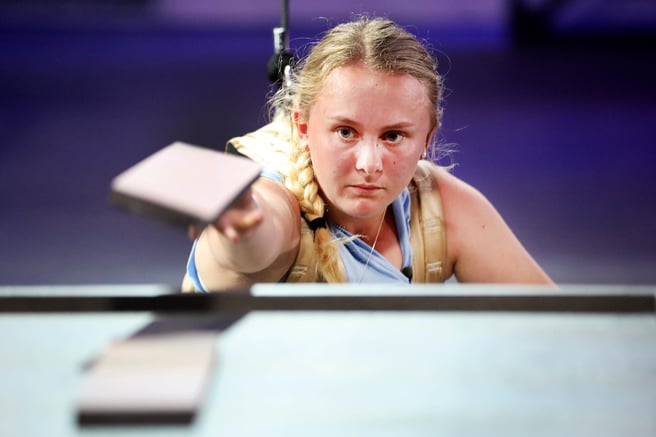 If she does win, not only will she pay her family's debt, but she'll also put down a deposit on a house, she says.

As for her future, Sarah is studying a law degree, with her dream job to be a lawyer for the Australian Defence Force.

"I hope that some young people out there actually look up to me as a role model because growing up, I didn't really have anyone I could look up to that had been through the same situation as me," she said.

"I really want to show young people that no matter how your life began, no matter what you've been given, you can still accomplish your dreams and you can take on the world."

The final week of Big Brother airs next Monday to Wednesday at 7.30pm on Channel Seven.

Reply
Upvote
1 upvotes
Don’t watch BB just came across this in news story’s. What an amazing young woman, I doubt anyone without the life experiences she has had will appreciate just how much people are struggling in Australia. Bob Hawke said 33 years ago no child will live in poverty by 1990. What ever happened to our country that we don’t even aspire to end poverty any more? Why can’t we acknowledge there is an obvious class system in Australia, the pretence of a classless society does nothing but keep people in generational poverty. Good luck to Sarah, she is a great role model for the forgotten people. Pity she didn’t win the money, but I’m sure she will survive and rise no matter what life throws at her.
News
General
Opinion
True Crime
Politics
Sport
Explainer
Entertainment
Celebrity
Reality TV
Movies
TV
Books
Rogue
Royal
Lifestyle
Beauty
Fashion
Weddings
Home
Wellness
Health
Fitness
Travel
Food
Parents
Before The Bump
Pregnancy
Baby
Kids
Teens
School
Parent Opinion
Work & Money
Money
Finance
Career
Lady Startup
Relationships
Sex
Dating
Separation
Friendship
Family
Real Life
Couples