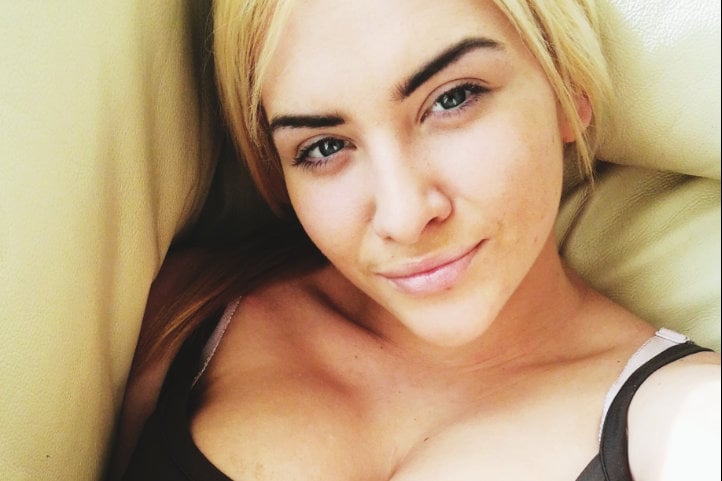 To say my year started off with a bang is a literal understatement.

I met a Spanish guy at the bar of a boat, cruising down the Danube, soon after the NYE fireworks had burst over Budapest. 2020 was officially here, and I was fishing for my first kiss of the decade.

He was the tall, dark and handsome type and a real smooth talker. In one hot minute, I was hooked. Pressing me up against the boat window, he whispered all sorts of sexy nothings into my ear, detailing exactly what he wanted to do to me.

By the time we docked, it was a given, and he jumped into our taxi. Just him, me and my friend L, en route to our AirBnB, a small studio apartment in the city.

Enticed by wild fantasies running through my head, and pulsating with excitement, I urged L to invite over the boy she had met the night before.

Back at the apartment and in my single bed, the Spaniard’s hands were everywhere under the sheets, tugging at my clothes and making their way south.

Keeping my legs pressed together in futile resistance, I urged him to hold off, “just wait until my friend’s guy is here”, but I couldn’t refrain any longer.

With the light switched off, I slid under the covers to meet his wanting mouth, and, with little reluctance, gave in to his eager fingers. Within a moment, he was in me, and seconds later (finally), I heard L’s boy arrive and then giggling from her sofa bed, just two metres from mine.

Bolstered by their distraction, I climbed on top, completely naked, and as my friend began to moan in pleasure, I joined in, until my breathing reached its peak and I came hard.

I don’t think so. That wasn’t my first rodeo.

A decade earlier, I was at a casino nightclub, just a few floors down from our hotel room.

The opportunity was all too tempting when I met a cute English boy on the dance floor. Spurred on by my best friend E, who is always up for some naughty fun, I invited him back, and she called in her boyfriend.

With a double bed each, and a little healthy rivalry between us, it soon became a competition of who could lose their clothes the quickest… and be the loudest.

Moonlight streaming through the open window offered little privacy. Instead, it silhouetted naked bodies, driving the thrill as we each watched on.

Before succumbing, the Englishman lifted me up, and, still inside me, carried me through to the ensuite where we made full use of the bathroom and didn’t worry about waking the neighbours.

It was crazy hot, he was so tall and sexy and really took charge, but I was left a tad disappointed that we didn’t finish in the bed.

My excitement over having sex in the same room as my BFF took me by surprise. We’d never even undressed in front of each other, but, while totally confused about these new feelings, I now craved trying it again.

A few months after that, I was at a house party and committing some outrageous flirting with the birthday girl’s brother, his best mate and my childhood friend C, and wondered, hornily, if they were thinking the same thing...

Then one minute, the four of us were in front of the PlayStation on the loungeroom floor, and the next we were a tangled quadruple in the one bed. While the two beside us made out in the dark, the birthday girl’s brother slipped my knickers down and slid in.

With a hand clamped over my mouth, we moved slowly, a subtle secret, while inside I surged with desire until he came in a silent burst.

That newly familiar thrill of having sex in the same room as others was back, and while our bodies touched, arms collided and backs bumped up against one another, it drove me even wilder.

A couple of years later, E’s second cousin was in town and a group of us went out clubbing.

We were a few drinks in when he kissed me on the dancefloor, very hot and heavy, while his mate moved in on my bestie.

When the club closed at 1am, no one was ready to call it a night, so we caught a train back to their beachside hostel and, amid a strict no visitors policy, the boys snuck us in.

I honestly have no idea how many other people were in the darkened dorm room that night, but we nabbed the top bunk and tried our hardest to keep the bed springs still.

Waking the next morning, hungover and dazed by light already streaming into the room, the second cousin inched my dress up and pushed himself into me from behind.

Keeping our movements slow and breaths measured so as not to disturb anyone, he drove deeper, in and out, his hands grappling at my nipples, until we began to hear E’s whimpered moans from below.

Knowing they were also going at it, just a metre beneath, was the biggest turn on, and we soon joined in their sharp and ragged breathing.

Coming together with your best friend isn’t a social activity I ever expected to participate in, but, holy sh*t it’s hot. The thrill of an audience, the excitement of a competitor, in life’s most intimate act. It’s raw, it’s exposed, it’s kinky – so who’s next?