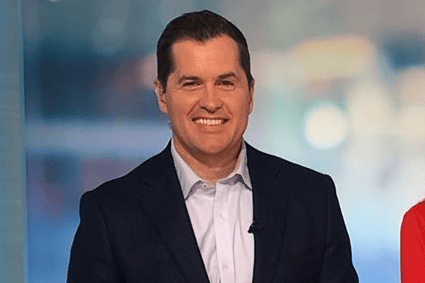 Channel 7 presenter Ryan Phelan will leave the network sooner than expected after he was charged with assaulting his partner at their home.

The Daily Telegraph reported the former Cleo Bachelor of the Year was charged with assault occasioning bodily harm, after voluntarily going to Manly police station on Monday night and being interviewed by detectives.

Phelan, the frontman for The Daily Edition afternoon show which was to end on Friday, will appear in court next week.

"The network was unaware of the incident until notified last night."

Phelan lives with his partner Chelsea Franklin at their home on Sydney's northern beaches.

"On Saturday 20 June 2020 a 44-year-old woman attended Frenchs Forest Police station to report an alleged domestic violence incident that occurred at her home in Frenchs Forest," NSW Police said in a statement.

It was announced late last week that Phelan's program The Daily Edition was being axed.

Following the announcement, he shared an emotional post about the show, thanking his co-host Sally Obermeder and viewers for their support.

"Firstly, I can’t express what a gift from god @sallyobermeder has been," he wrote.

"Every single day she is such a joy to sit alongside, I love her so dearly and am so grateful to have slipstreamed her talent."