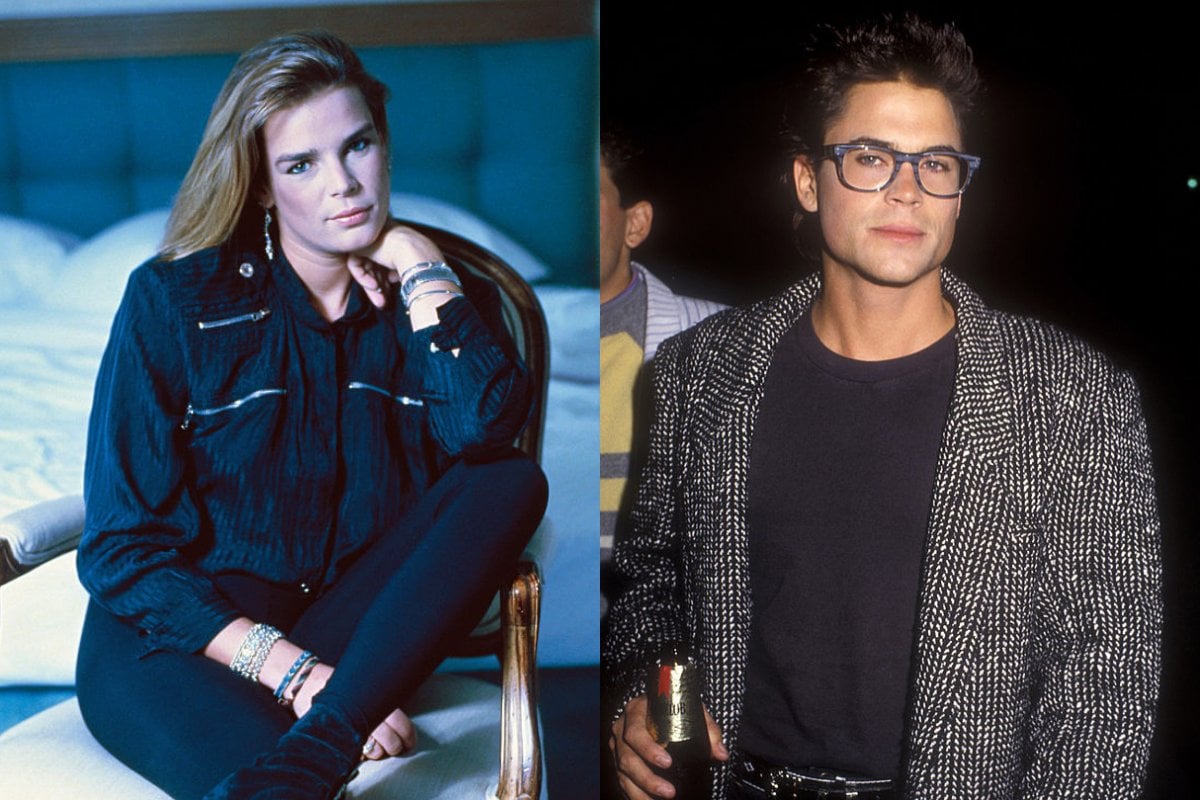 Rob Lowe was 26 when he hit rock bottom. It was 1990, and the actor had been partying, as usual, when his mother rang his home. He didn’t pick up, so she had to leave a message on the answering machine.

“I didn’t want to pick up because I was really, really hungover and I didn’t want her to know,” Lowe told Variety. “She was telling me that my grandfather, who I loved, was in critical condition in the hospital and she needed my help. And I didn’t pick up.”

Instead, Lowe drank straight from a bottle of tequila, thinking that if he went to sleep, he’d be able to deal with it in the morning.

It was a turning point. Deciding that was “no way to live” he went to rehab two days later.

Watch: Rob Lowe may have seen Prince Harry with a ponytail. Post continues below.

Lowe has now been sober for more than 30 years, and married for the same length of time, but he went through some pretty wild times before that.

As a boy, he always wanted to act, landing his first role in a professional theatre production when he was 12. He also started drinking when he was young – in his early teens – after his family moved from Ohio to a working-class part of Malibu. He and his brother Chad hung out with the neighbourhood kids, who included Sean and Chris Penn, and Charlie Sheen and Emilio Estevez.

Lowe scored his breakthrough movie role alongside Estevez and Tom Cruise in The Outsiders when he was 17.

"People talk about how the industry has changed... Warner Brothers would provide beer in the van for 15-year-old Tommy Howell and 17-year-old Rob," Lowe told People.

“Cocaine was the thing that successful people did,” he told Variety. “There was always that wonderful moment when as an active drug abuser you’d go on the set and figure out which department was selling the coke on the set. Those days are long, long, loooong gone.” 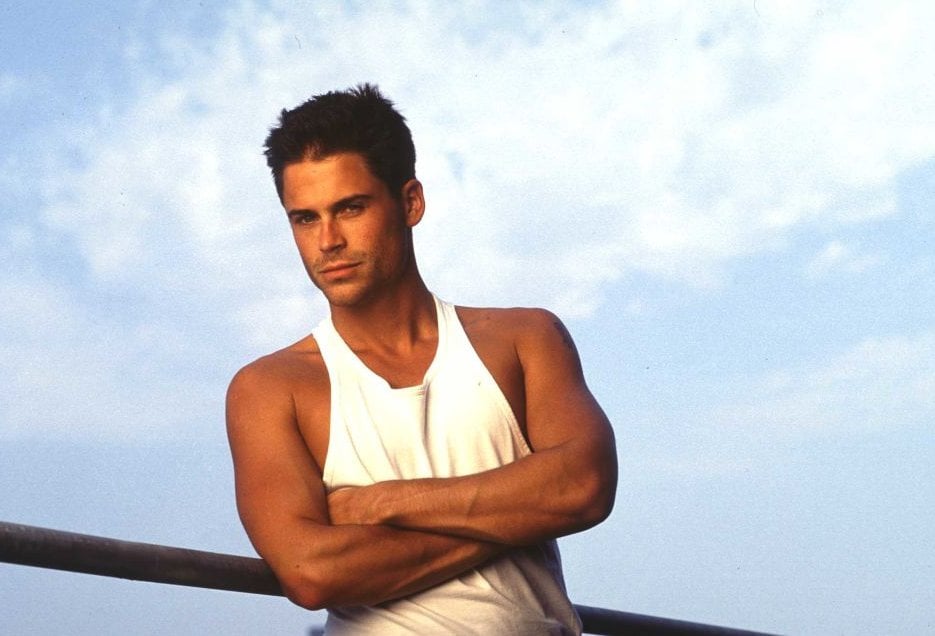 Lowe was linked to a string of high-profile women. He dated Little House On The Prairie star Melissa Gilbert for years, and proposed to her in 1986. She says he broke off the engagement after finding out she was pregnant. She later miscarried.

"I had lost my baby and my relationship with Rob... and it hurt like hell," she said.

Later that same year, Lowe hooked up with Princess Stephanie of Monaco. In his autobiography, Stories I Only Tell My Friends, he said they first hung out in Paris over dinner.

“By dessert, neither of us is interested in anything other than getting the hell out of there and back to her apartment,” he wrote.

He said he moved into her apartment the next day. But the relationship didn’t last long.

Just before the end of the 1980s, Lowe found himself at the centre of one of the decade’s biggest sex scandals.

While in Atlanta for the Democratic National Convention, he and a male friend picked up two young women in a nightclub. Lowe and his friend had sex with the young women, and it was videotaped.

After the videotape was leaked to the media, it was revealed that one of the women was very young – only 16.

Although the age of consent in Georgia at that time was 14, it was illegal to videotape anyone under the age of 18 having sex.

Lowe claimed he didn’t know the young woman was underage. To avoid prosecution, he agreed to perform 20 hours of community service.

For a while, it looked like the scandal could end Lowe’s career. But after making jokes about it on Saturday Night Live, he started getting offered roles again.

It was his grandfather’s heart attack that made Lowe finally decide to go to rehab, but a few other things had already been pushing him in that direction. One was the sex tape scandal. Another was his relationship with Sheryl Berkoff.

The two first met on a “half blind date” in the early 1980s, but didn’t get serious. Then, in 1990, Berkoff was the makeup artist on one of Lowe’s movies, Bad Influence, and the two started going out.

Lowe told Haute Living that he attempted his “first try at monogamy – which was not really in my nature at the time – and I wasn’t able to do it”.

“It made me examine how I was living my life,” he said.

Lowe was a devoted dad.

“I'm happy I lived the life that I lived because I have no regrets, but I was super ready to coach Little League, carve pumpkins on Halloween, read books and serve hot lunch on Wednesdays," he told People. "I really, really loved every minute of it."

The roles got better and better – the Austin Powers movies, then the TV series The West Wing. Berkoff developed a new career as a jewellery designer. Lowe told The Guardian that his wife wasn’t “unnerved” by him getting female attention.

“She's very secure with herself, and that makes it easy for me to go about and do what I do."

Matthew grew up to become a lawyer and John Owen an actor. John Owen has also written for Lowe’s TV series 9-1-1: Lone Star. They both appeared with their dad in the 2017 series The Lowe Files, where they explored unsolved mysteries together.

Last year, Lowe and Berkoff celebrated their 30th wedding anniversary. Lowe has called their marriage one of life’s greatest “miracles”.

"I still think she's the hottest, sexiest, most beautiful, insane, complicated, entertaining person that I know, in addition to being a great mother.”