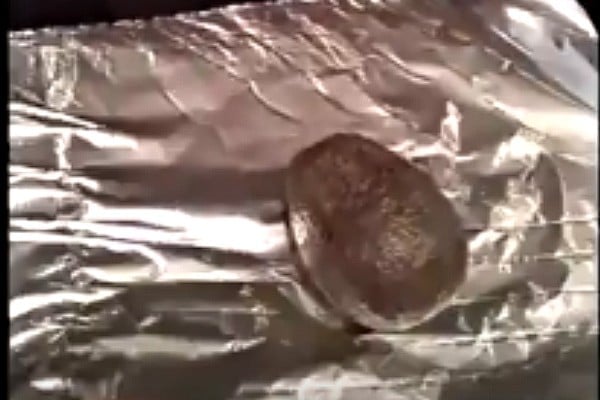 There is nothing worse than an unripe avocado. It looks good. It smells good but open it too soon and you’re getting mouthfuls of floury rock.

There are dozens of tales of how to ripen them but most take days to work.

According to the bloggers behind WonderHowTo, these methods can be skipped and with a few simple steps, an avocado can be ripened in 10 minutes.

The method requires the avocados to be tightly wrapped in foil and placed in an oven set to 93 degrees for ten minutes.

The creative minds behind YouTube channel TheSubstanceProject have also made a video to explain the process.

The idea behind it is that avocados will release their ripening gas, ethylene, much faster in the oven.

Once they become surrounded, they will be forced to ripen.

After ten minutes, the avocado will be lightly cooked. Remove the foil and it should reveal that classically creamy texture.

The only downside is the light cooking is said to affect the flavour.

This method may be more suited for a go-to-guac rather than a slithers-on-sushi kind of meal.

But considering avocado always tastes better with a bit of lemon and salt, i'll take the deal and swap those rocks for relish.

Watch as Those Two Girls take you through some other handy life hacks.