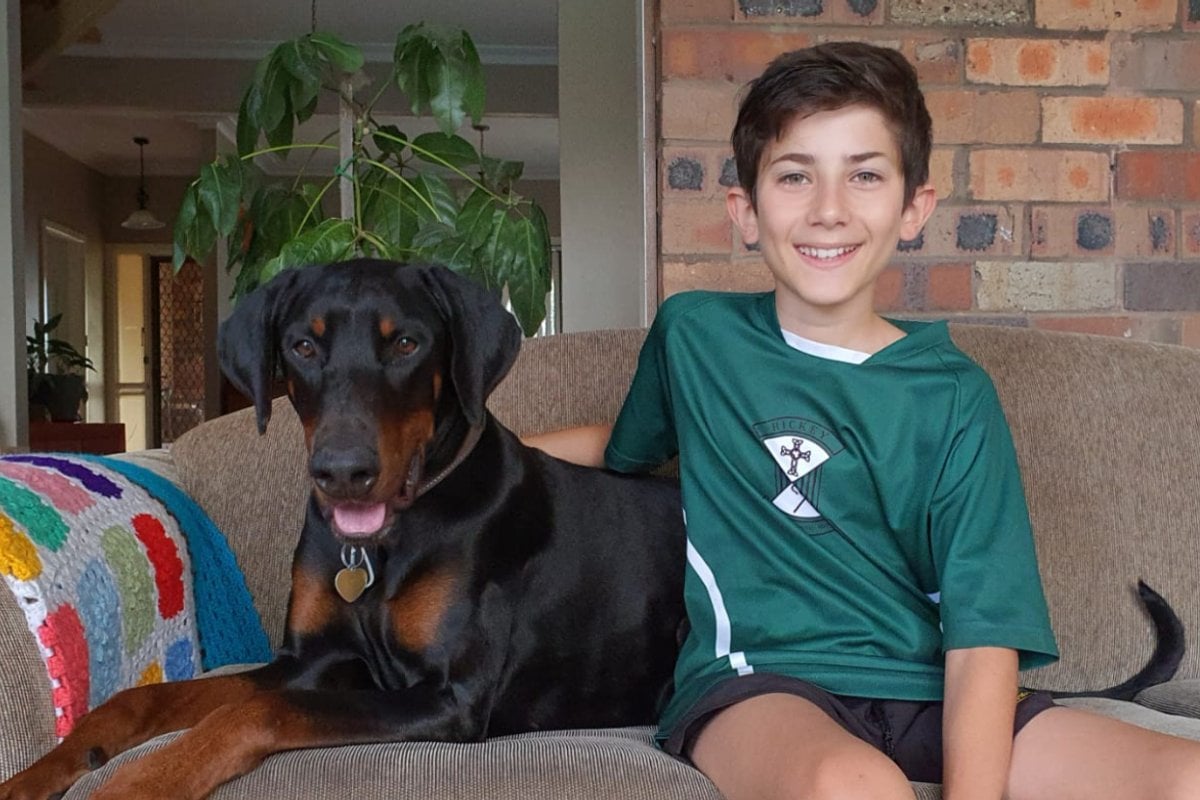 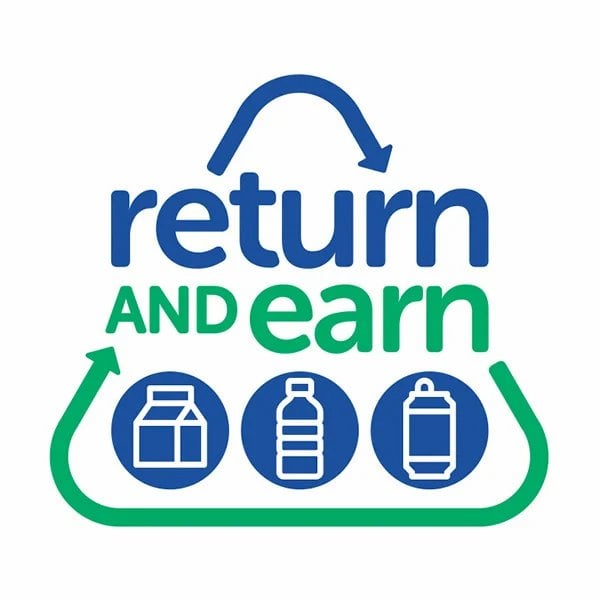 Thanks to our brand partner, Return and Earn

When 12-year-old Vaughn’s school asked students to get involved in a community initiative, his mum Barbara was hoping he would choose something that wasn’t too onerous on his time, that was easy for him to get involved in and that had an environmental aspect.

"I did cash for cans as a kid and when I suggested it, he loved the idea," Barbara tells Mamamia.

Vaughn chose fundraising through Return and Earn, the container deposit scheme in NSW. The funds he raised by recycling bottles and cans for 10 cents each would be donated to Sydney Dogs and Cats Home.

"We got a dog from Sydney Dogs and Cats Home a few years ago," explains Barbara. 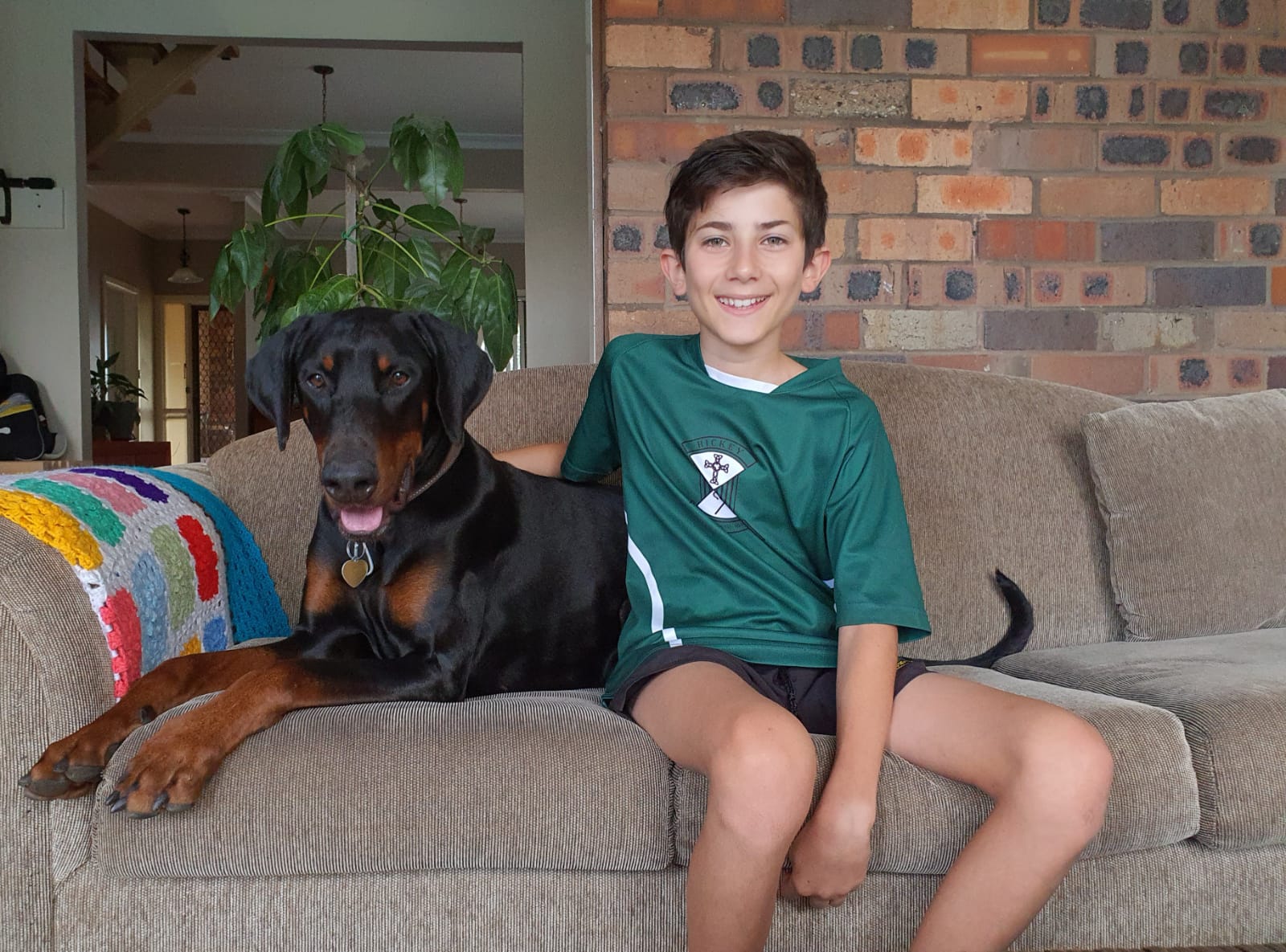 "He discovered that they don’t euthanise the animals, they only ever rehome them and that really stuck with him," she says. So, Vaughn gave himself a mission to help raise funds for the shelter.

He set up a collection bin out the front of his Connells Point home and put up some posters around the neighbourhood.

After Barbara posted on their community Facebook page, to share Vaughn’s cause, it really started to garner attention and momentum.

People from all over the neighbourhood and wider community started dropping off containers in their front yard. "Everyone was so keen to help, the yard started to resemble a garbage tip, but it was worth it," beams Barbara.

Vaughn set up a bin at their local Rugby League Club presentation day where everyone attending brought more containers along.

Across multiple Saturday mornings, Vaughn and Barbara (with the help of a few friends and a local builder donating their vehicles and their time) took ten boot loads and five Ute trays worth of the community’s recycling to Return and Earn points.

Over the course of four months, Vaughn was able to collect an astonishing 3,000 containers for ten cents apiece, and raised $500 for his animal shelter - with the extra funds coming from donations from local businesses and sports clubs. 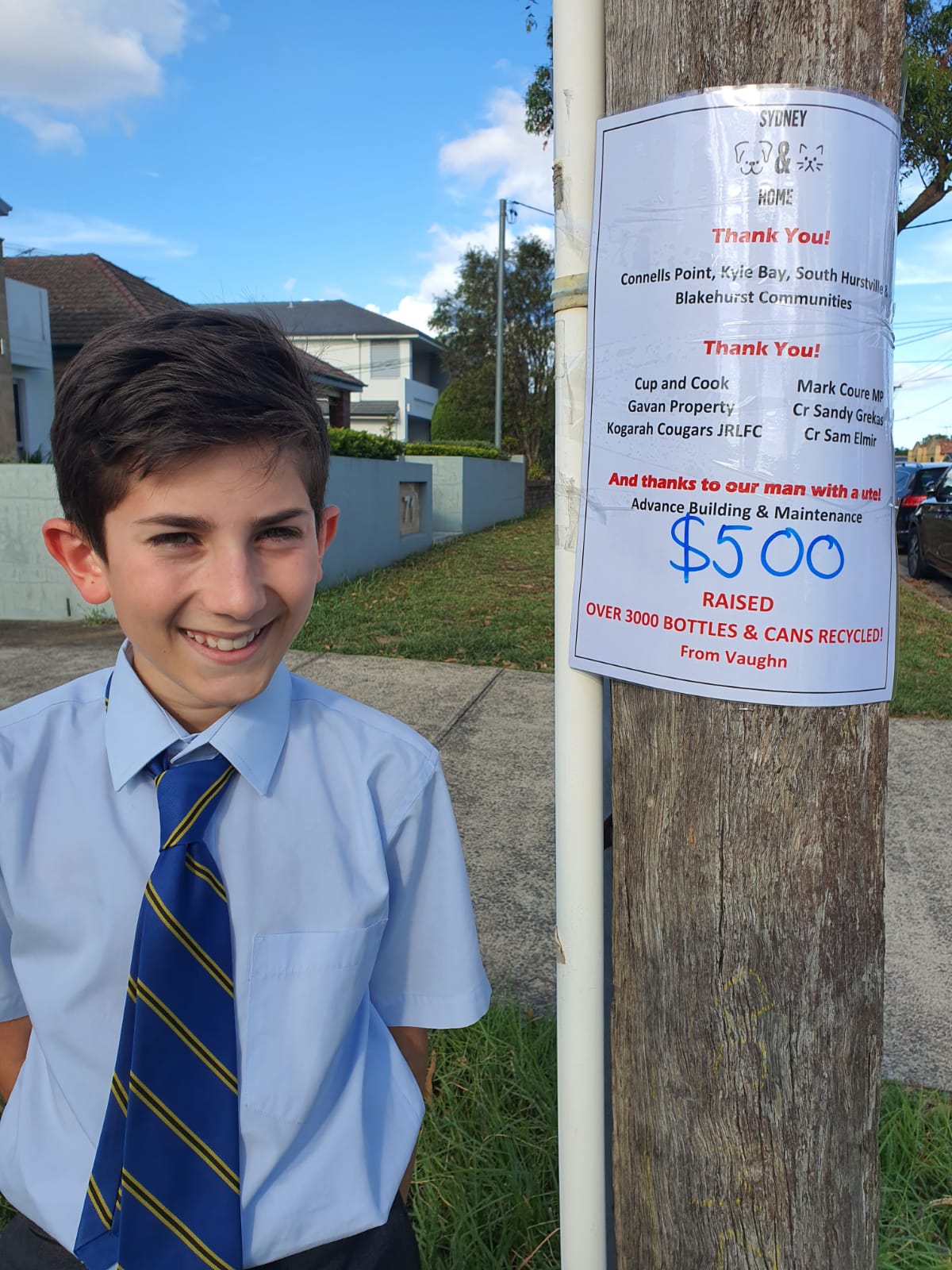 Vaughn was even featured in a weather segment for Sydney Dogs and Cats Home on Sunrise.

"He was stopped on the street by a few people who had seen him on TV, and they would say ‘I dropped some of those cans off to your house’," Barbara fondly recalls.

"It really brought the community together, it gave people something nice to chat about, a bit of good news," she says.

It wasn’t just the positive impact on the community, environment or on the animal shelter that was the biggest positive for Barbara. “Vaughn really grasped the whole concept of giving back”, she proudly states.

"He realised this small act, that doesn’t cost him anything, and doesn’t take too much of his time, can make a big impact."

Even though Vaughn’s school isn’t requiring him to do another community initiative again this year, he has just launched another Return and Earn fundraiser for Sydney Dogs and Cats Home, this time doubling his target to $1,000.

He plans to work with local restaurants and cafes to collect their containers to achieve his new goal.

Barbara credits Return and Earn for instilling a new sense of social responsibility into Vaughn and his younger sister. "They really get they aren’t the only people in this world, and that it takes a community," she says. 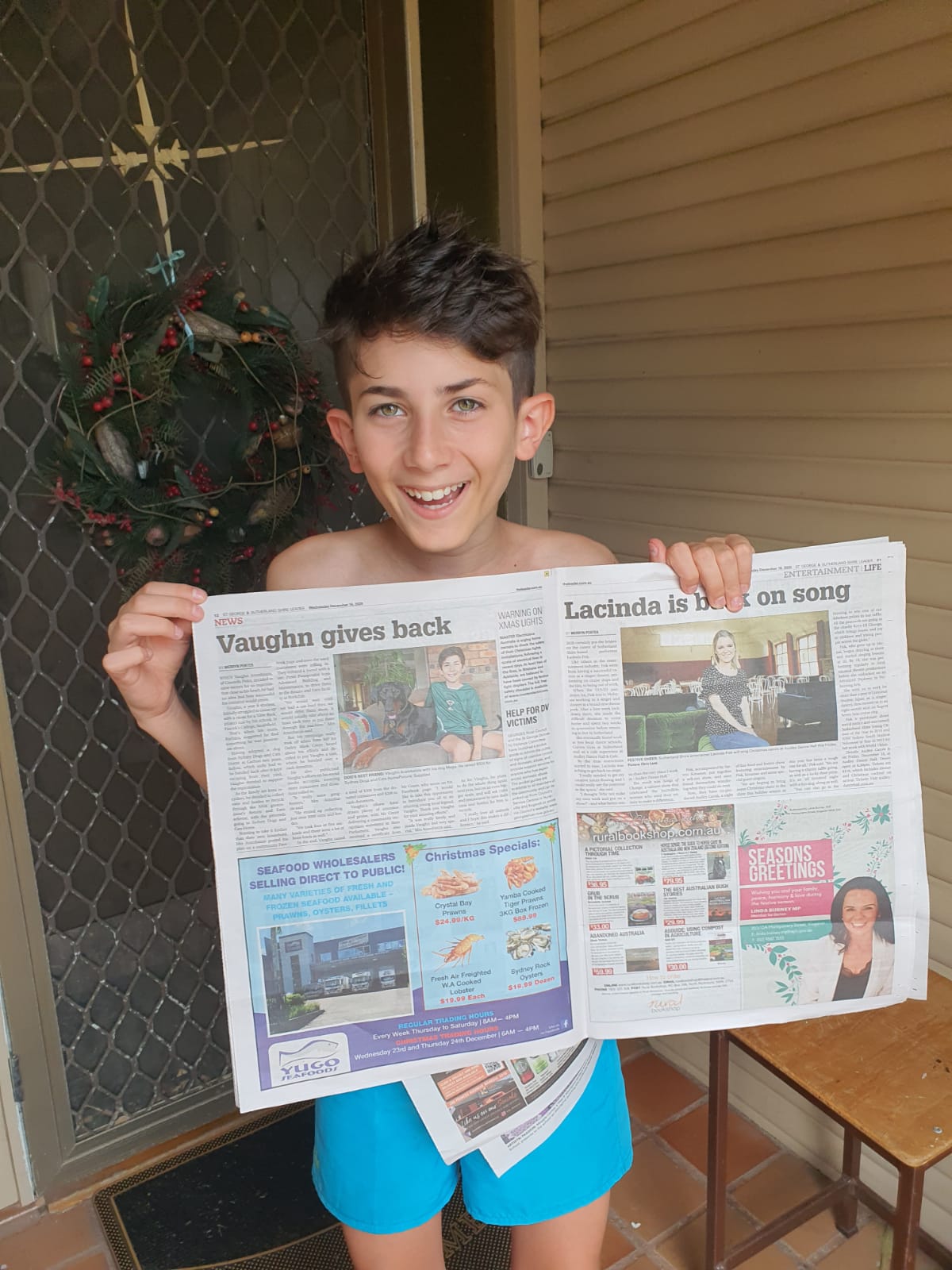 "They have also felt that sense of do good and good will come to you," Barbara reflects.

"That a small little thing can make a big difference to someone’s day."

Drink containers like bottles and cans make up a large proportion of the litter on our streets, beaches, and green spaces. Tackling the problem costs NSW millions of dollars every year. Return and Earn is a way for us all to help solve the litter problem and be rewarded for our efforts.

There are currently over 600 Return and Earn return points across New South Wales. There are different types of return points and the best one for you could depend on how many containers you are returning and how you would like to receive your refund.

The Return and Earn container deposit scheme has been an overwhelming success with more than 5 billion containers returned by the NSW public through the scheme’s network of over 600 return points since launching in December 2017.

The NSW Government initiative encourages consumers to recycle their eligible drink containers and receive 10c for each one. NSW residents have enthusiastically embraced Return and Earn with 3 out of 4 NSW adults having participated and more than $18.2 million raised through the scheme for charities and not-for-profits via donations and revenue. Find out more at returnandearn.org.au.