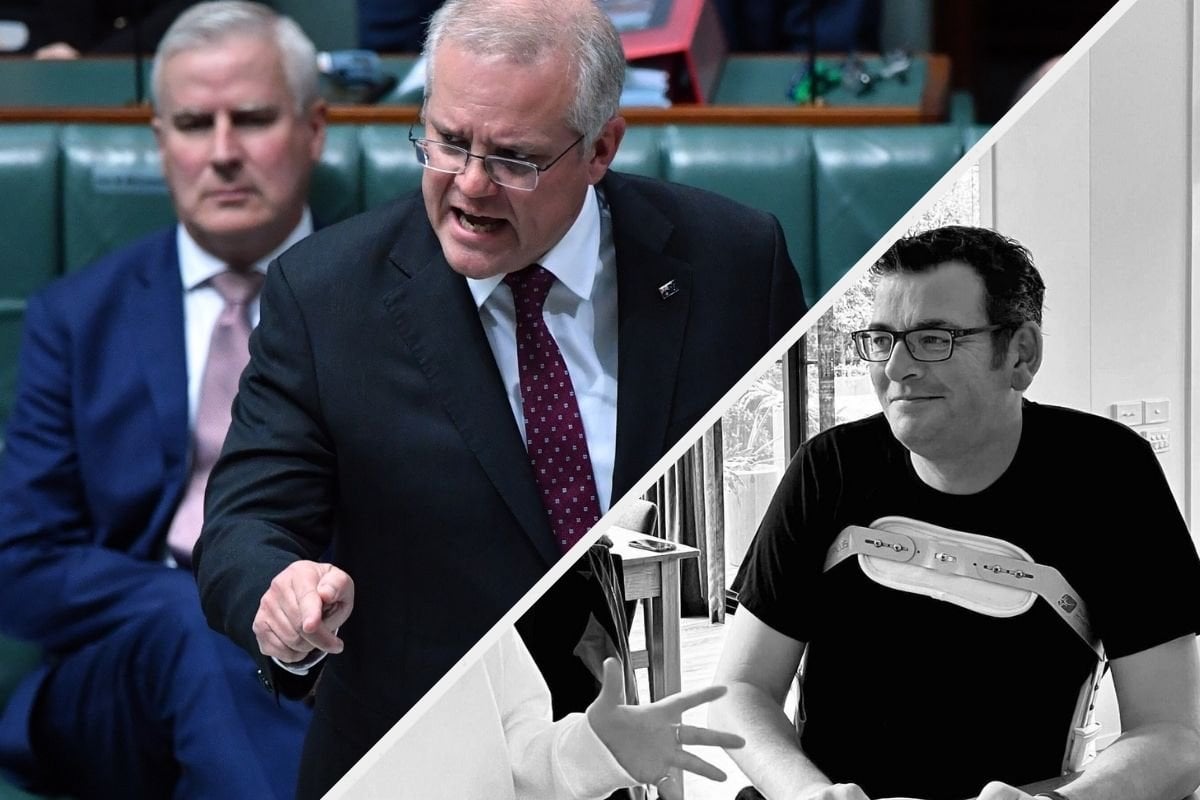 Regional Victoria to emerge from lockdown.

Residents outside of metropolitan Melbourne will be able to leave home for any reason after 11.59pm on Thursday, Acting Premier James Merlino confirmed.

Victoria on Thursday recorded three new cases out of 57,519 tests while more than 50,000 Victorians received vaccinations on Wednesday.

Melbourne's lockdown, however, will be extended for another seven days until 11.59pm on June 10.

The three new infections - including in an Arcare Maidstone aged care resident in their 90s confirmed on Wednesday afternoon - are primary contacts of other cases. It brings the number of cases linked to Arcare Maidstone to five.

There are no additional exposure sites, with the list remaining at 370 sites, because the cases were isolating.

Under eased restrictions for regional Victoria, there will be no limit on how far people can travel and outdoor gatherings of up to 10 will be allowed.

Mask will remain compulsory indoors and outdoors when social distancing isn't possible. Schools, retail and hospitality will also be able to reopen.

The Victorian government has used evidence of the Indian variant being quicker and more contagious to justify Melbourne remaining in lockdown with Merlino telling the state, "If we let this thing run its course, it will explode. We've got to run this to ground because if we don't, people will die."

Premier Daniel Andrews, who is recovering from a broken vertebra and fractured ribs, tweeted on Wednesday for Victorians to "keep fighting", saying the efforts they are making to endure the current lockdown will save lives.

"Record tests, record vaccinations, record fight - we're doing this to protect our communities, our state and the entire country."

I won't talk about how hard this is, or why it matters so much. You all know that.

But I did want to send a message to Victorians facing another week off work, away from school, or with the kids at home:

Mr Andrews said he had more scans and a meeting with his medical team next week.

"I'll let you know how that goes and exactly when I'll be back on deck later this month."

NSW faces a nervous wait to see if Victoria's coronavirus outbreak has spread, with the state's south coast on high alert for cases as almost 250 people isolate.

A series of public health alerts were issued on Tuesday night after a man from Melbourne was diagnosed with the virus after a family holiday near Jervis Bay last month.

More than 120 visitors to a popular southern NSW bakery have been identified as potential close contacts of a Victorian family who visited the venue before testing positive to COVID-19 https://t.co/BTpFxIFkKQ

The man had some symptoms on May 25 after driving back to Melbourne on May 24. He tested positive on Monday, nearly a week later.

NSW recorded no new cases of community transmission on Wednesday, but the man's wife and children have also since tested positive.

Chief Health Office Kerry Chant on Wednesday said NSW Health was working with Victorian authorities to determine who in the family contracted the virus first.

Already 243 people have been instructed to get tested and isolate while they await further instructions from NSW Health.

Pressure is mounting on the federal government to open its chequebook for Victoria as Melbourne braces for an extended lockdown.

An outbreak of the Indian variant of coronavirus has triggered a seven-day extension to the Victorian capital's lockdown, which was initially slated to end on Friday.

Acting Victorian Premier James Merlino has made a desperate plea for extra Commonwealth help with thousands of workers and businesses copping the brunt of restrictions.

But the Morrison government is concerned a one-off package for the state could provide incentives for other states to impose harsh lockdowns when confronted with outbreaks.

“How cruel and out of touch must Scott Morrison be if he actually thinks Premiers would be ‘incentivised’ to lockdown their economies and lockdown their people,” Dr Chalmers #auspol https://t.co/y1J4gwphGA

The state government is spending $459 million in business assistance over the two weeks of lockdown.

Prime Minister Scott Morrison and Treasurer Josh Frydenberg were in talks with their state counterparts on Thursday evening. It is understood the federal coalition government favours assistance with nationwide implications rather than a large Victoria-specific funding injection.

Mr Morrison has rejected opposition accusations he is to blame for the lockdown because of the sluggish vaccine rollout and failure to seize control of quarantine.

"Decisions to implement lockdowns in states and territories around the country are solely and totally the responsibility of state and territory governments," he told parliament. 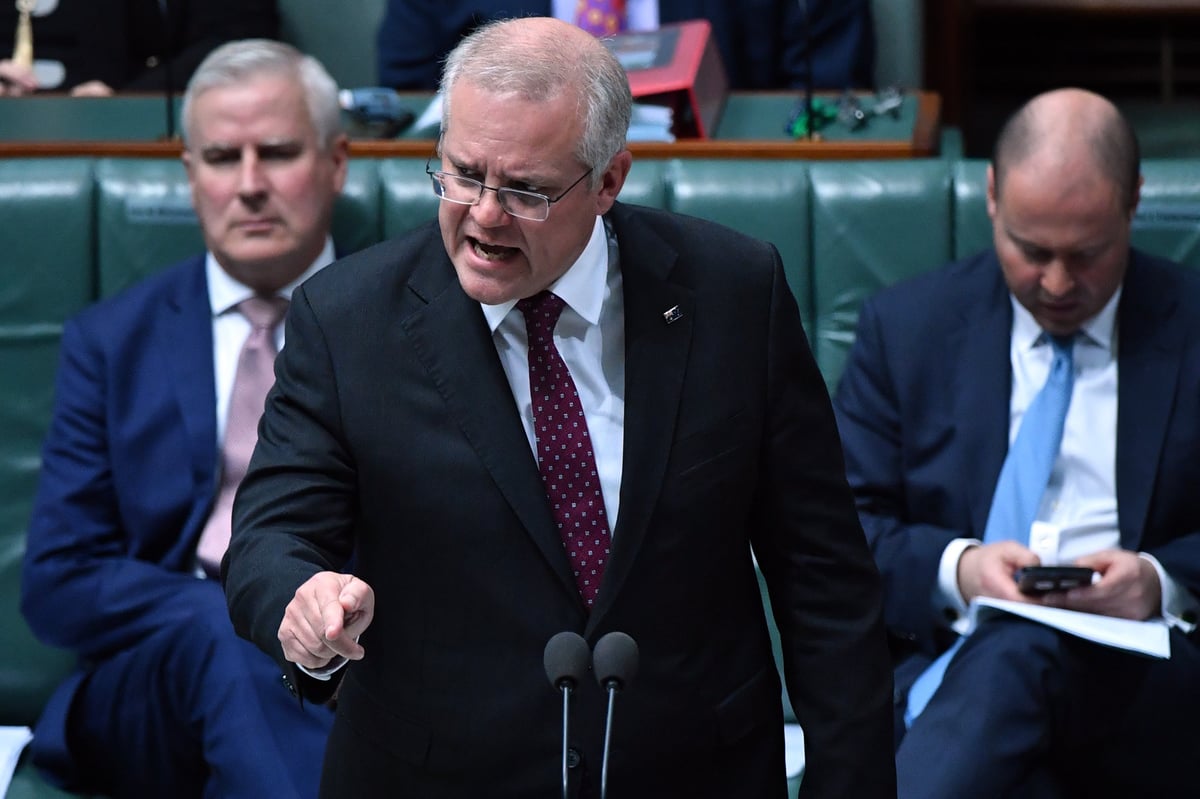 Morrison says he is not to blame for Victoria's lockdown. Image: Getty/Sam Mooy.

There are also renewed calls for an overhaul of hotel quarantine after a man in Perth became infected by a fellow returned traveller in a room next door, the 21st breach in a hotel.

Talks between the Victorian and federal governments are understood to be progressing on a stand-alone quarantine facility, likely to be based near Avalon Airport.

Jane Halton, who undertook a major review of quarantine, said it was perplexing it had taken so long to increase capacity at the Howard Springs quarantine camp in the NT and look at facilities in other states.

South Australia's chief public health officer has defended a decision to give Collingwood a COVID-19 exemption to travel to Adelaide for this weekend's AFL game against the Adelaide Crows.

With Victorians banned from travelling across the border, Professor Nicola Spurrier said it was not her job to make moral judgements about the importance of football compared to other activities or requests for exemptions.

"My job is to make it as safe as possible," she told reporters on Wednesday.

"I don't think that this is risky. I think this is a negligible risk."

As part of the exemption, a smaller than usual Collingwood contingent will travel to Adelaide, flying in and out on the same day on a charter plane.

A sterile corridor will also be established between the airport and Adelaide Oval.

She said SA Health officials had worked hard with the AFL to mitigate any risks to the wider South Australian public.

She said it had not been deemed necessary to reduce the size of the crowd allowed at Saturday's game.

Porter, 50, who split from his wife of 13 years last year, confirmed the relationship in a joint statement.

Ms Espiner told Nine newspapers' CBD column that: "Obviously over the last few months I have been one of many people who have provided Christian with a lot of support, but I have not been involved in the defamation proceedings in any legal capacity."

Porter has been in the headlines this year after he revealed himself to be at the centre of a 1988 rape allegation documented by the ABC. NSW Police established a strike force to investigate, but announced they would be discontinuing the probe after his accuser died by suicide in 2020, shortly after telling them she didn't want to proceed.

Around 10,000 volunteers for the upcoming Tokyo Olympics and Paralympics have quit.

"There is no doubt that one of the reasons is the concern over coronavirus infections," organising committee chief executive Toshiro Muto told reporters in Tokyo on Wednesday after first reports on the issue by broadcasters NHK.

Olympic organisers and the International Olympic Committee have pledged to stage safe Games through a strict hygiene protocol. But despite all the assurances, doubts and worries persist.

Volunteers, who make up the largest group of participants, don't know whether they will be tested, let alone vaccinated against the coronavirus.

"There is zero information about that," said Barbara Holthus, deputy director of the German Institute for Japanese Studies in Tokyo. She has signed up as a volunteer for the Olympics.

Around 1,000 volunteers have also withdrawn in protest of sexist comments from former organising committee president Yoshiro Mori, who resigned following the scandal.

- Donald Trump has discontinued the blog website he launched less than a month ago as "a beacon of freedom". No reason for the closure was given, but the platform failed to gain the traction and audience the former President was hoping for.

- Israel plans to start vaccinating young people aged 12 to 15 against COVID-19 next week. The country has been successfully implementing a vaccination campaign since December, with new infections declining sharply in recent months.

- Buckingham Palace has announced plans for an extravagant four-day celebration to mark the Queen's Platinum Jubilee next year.