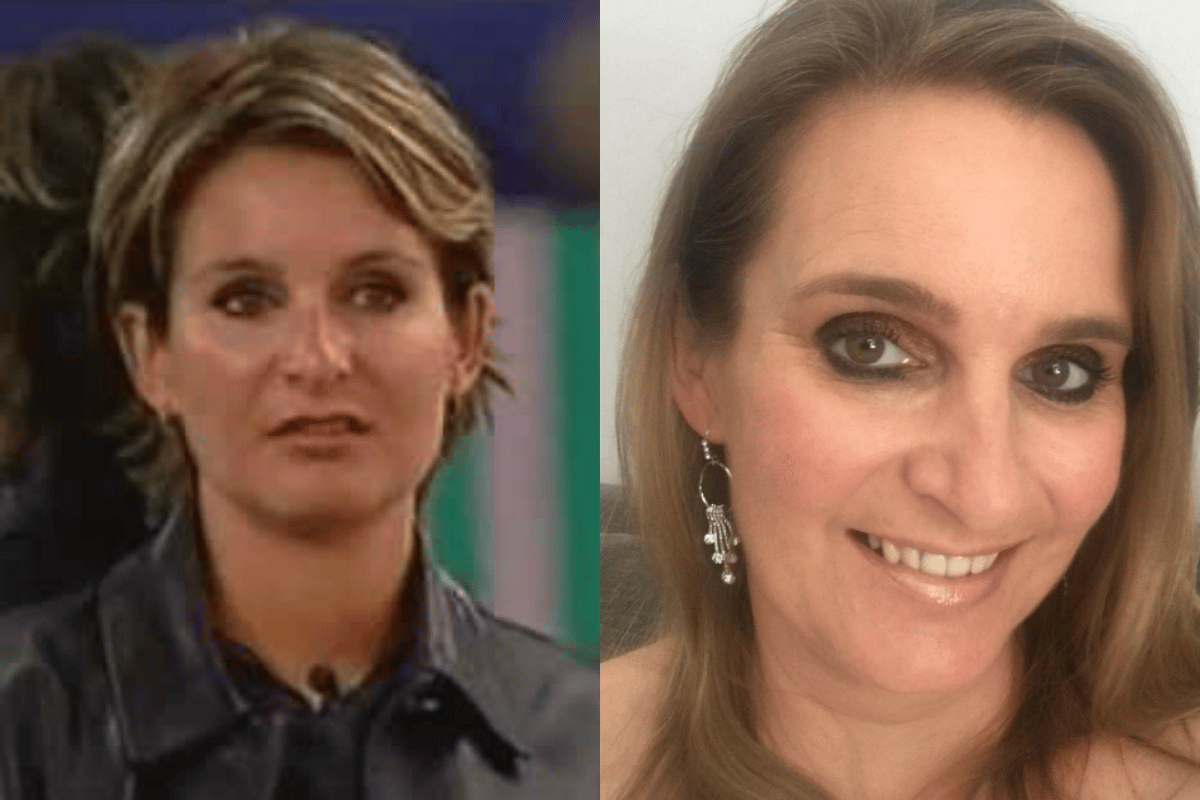 In 2003, Reggie Bird cemented herself in history as one of Australia's favourite Big Brother housemates.

Bird, then a Tasmanian fish and chip shop worker, won the series, pocketing $250,000 and gaining instant fame and publicity.

But life after Big Brother is not always fame, glamour and endless opportunity. For Bird, life after the show has been a roller coaster. From drugs, stalkers and money woes, plus divorces, health issues, becoming a parent, and a scam, the only thing missing is smooth sailing.

It didn't take long for the entire prize money to vanish, leaving Bird to create a new life for herself with not much to show for it, beside the added public scrutiny and interest in her life.

Here's what one of Australia's favourite winners has been doing since.

A scam, drugs and a stalker.

Check out me and Mikey back in 2004 ☺️ We look so young ! This pic was taken when I did a guest appearance on Up Late with Mike Goldman, This was such a great show during the Big Brother time back then! I wish Mike was back as the voice over guy and also doing up late again! @mikegoldman #bigbrotherau #bigbrother #uplate

In 2014, Bird said she spent the majority of her money responsibly on her mortgage in Tasmania, and then $20,000 more on her divorce.

"I left everything to [ex-partner] Adrian and moved to Sydney. I couldn't get a job for about two years after the show because no one would take me seriously. I spent all the money I had left on rent, and getting ripped off by that a***hole who made out he was a TV producer," she told News.com.au's podcast Not Here To Make Friends last month.

She gave more than $40,000 to a man who claimed to be a television producer, giving him money to fund the pilot of a travel show she would star in.

During a movie premiere, Bird met a man who she said would come to stalk her.

"[The stalker] had so many aliases. Nine different names and things," she told Not Here To Make Friends, adding the man would come to her house.

"I met him at a movie premiere and he approached me. I didn't know anything – I'm just a little girl from Tasmania who cooks fish and chips. And you get thrown into this crazy world afterwards."

That naivety extended to drugs available at events and within 'celebrity circuits'.

"Even going to events – I got offered so many drugs. And I don't take drugs and I didn't know what they were. I remember in Melbourne someone said, 'Oh, we're going to go pick up Charlie'. And I said, 'Who's Charlie?' And they were all laughing. Then I found out it was stuff you sniff."

Bird welcomed her first child, a daughter named Mia, with second husband Dale Sorensen in 2007. Three years later they had a son, Lucas, who lives with cystic fibrosis.

Today Mia turned 13 🥰🎉 It was a weird quiet day.... The highlight was the kids blowing up the balloons 😆 #coronavirus #stayathome #birthdaygirl

In 2018, Bird told a WHO magazine podcast about the mental drain and heartbreak of having a sick child.

"A little nine-year-old saying they don't want to live... it's not good," she said.

I think the ones who are going to cope the best self isolating are people like us living with Cystic Fibrosis! We are used to being locked up multiple times a year for 2 weeks or more each time! and the best thing about it is being in the luxury of your own place to do it with no beeping machines , no obbs being taken every couple of hours, no finger pricks etc... We have a tv , we have our own beds and the freedom to cook the food that we like 😊💪 #cysticfibrosis #selfisolation #coronavirus #COVID-19 #cysticfibrosis #coronavirus

In a new interview with Now To Love, Bird explained that her son requires physiotherapy and medication every day to help him digest food and break down mucus from his lungs,

"It's mentally and physically draining on Lucas so I have to stay strong for him. It's a constant battle to try to get weight on him so he has to drink supplements and have a diet high in calories and fat. I hope he will live past the 37 years of expected time," she told the publication.

Bird also has her own health issues.

Just a year after she became the first woman to win Big Brother in Australia, she was diagnosed with a degenerative eye condition known as retinitis pigmentosa. Specialists told the then 29-year-old she would eventually lose her vision.

She is now legally blind.

"I've lost my peripheral vision and I’ve got 10 degrees of central vision left. I have no night vision," she explained during a segment on The Daily Edition in 2016.

She said it was frustrating living with an "invisible" illness.

"Unless I have my cane with me, people [don't] realise I have low vision.

"Sometimes when I forget to take my cane to the shops and I bang into people... they look at me because I'm so young and just think I’m being rude," she explained.

"Even when you're getting a taxi – I've had a few say, 'you're only going up the road, why can't you walk?' Things like that upset me."

In January 2018, Bird told Woman's Day she also had a serious heart condition, which led to a stroke.

"They told me I have a hole in my heart. I was literally heartbroken. But it makes sense now, why I'm always so tired and unwell, and what caused my stroke last year," she said at the time.

After leaving her fish and chip shop behind, Bird struggled to gain employment.

I tried to go back to the fish n chip shop after my experience on Big Brother... It was crazy , so many people coming into the shop to just stare at me! Couldn’t cope with it.. #fishnchips #bigbrother #cambridgekitchen

With her $250,000 prize money gone, she struggled financially for a long time.

In 2014, she was on a disability pension and surviving from fortnight to fortnight, but as of 2017, she was working part-time as a telemarketer, while caring for her children and campaigning towards a cure for cystic fibrosis.

It was hurtful newspaper headlines that led Bird to come out publicly about her money troubles and tell her story to Channel Nine’s A Current Affair in 2014.

She said one article in particular, claiming she was about to move into a caravan park, left her in tears.

"It really upset me, and I was just bawling my eyes out. Why, why do they have to write things like that?" she said.

In 2017, she had a brush with homelessness after facing eviction from the home she had lived in for five years.

"One day your kids are cuddled up and warm and safe and just like that, it could all be gone," she said in an interview with Woman's Day, adding she'd had nightmares since receiving an eviction notice from her landlord.

Bird told the Not Here To Make Friends podcast that her kids ask about her Big Brother prize money.

"The kids go, 'Oh, mum, didn't you win all this prize money with Big Brother?' And I do wish in hindsight I didn't do the things I did, but I didn't know. I was living, and I lived life. I wish I had more guidance," she said.

"It's a mental health and well-being program which blocks bullying and trolls using Artificial Intelligence. It would actually be great for the current housemates to use because it would block out all those nasty comments they receive on Twitter or Instagram," she told Now To Love.

Looking to the future.

With the revamped season of Big Brother currently airing on Channel Seven, Bird says she would be up for returning to the show and taking part in an all-star series.

"I'd love to go back into the house with past housemates," she told Now To Love. "I think the true-blue, die-hard Big Brother fans would love to see that happen."

The 46-year-old says she's enjoying watching the new season but would like to know more about the contestants' backstories.

"I'm liking it but I'd love to see more of getting to know who the housemates are. I feel like it's too fast and we don't really know their true personalities. It had to come back with a bang and I think they've done that."