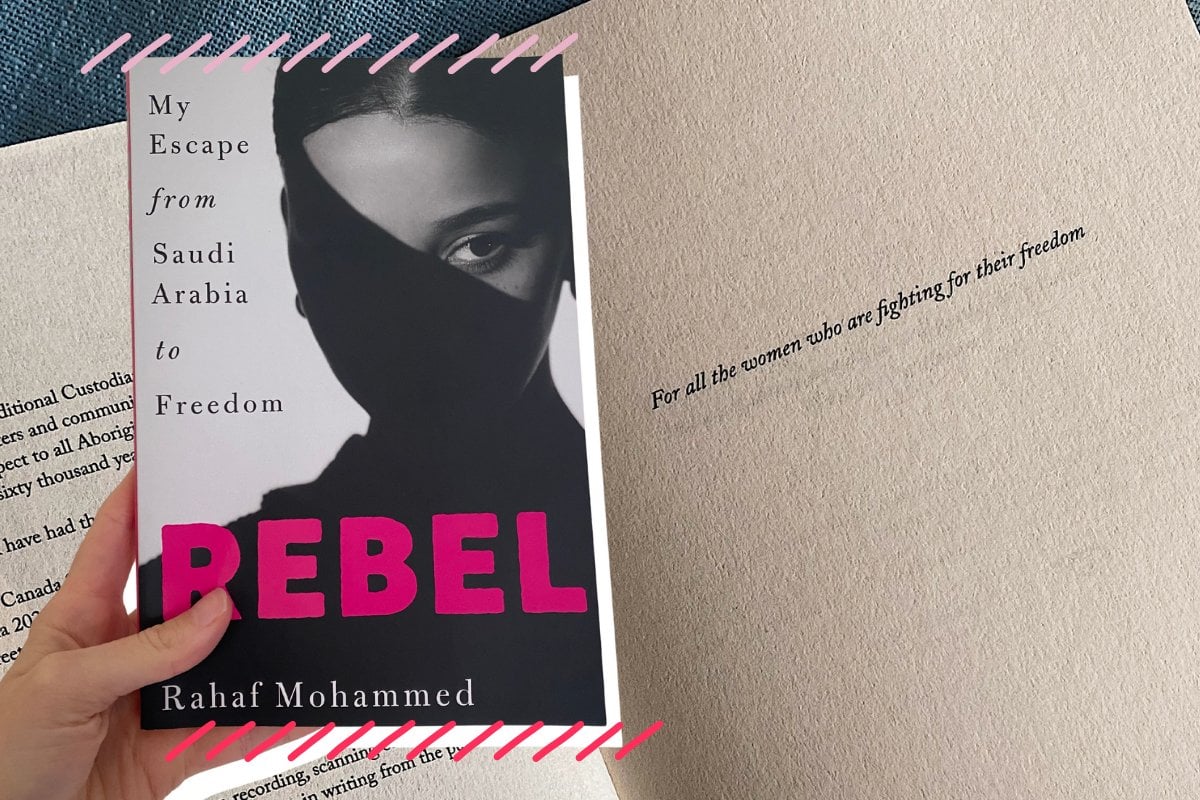 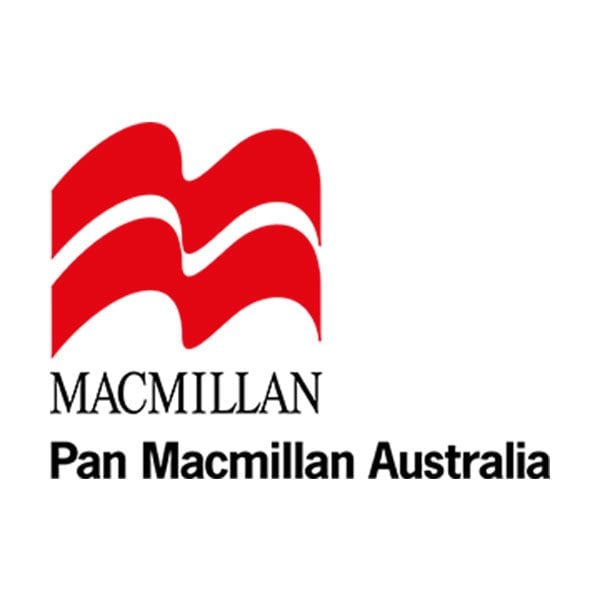 Thanks to our brand partner, Pan Macmillan

I’ve spent most of my life being stuck in a permanent state of awe whenever I think about books. So much so, that most of my career and personal life has been spent talking about them.

Whenever someone – more specifically, the high school students I used to teach – ask me why we need books, I usually answer in one of three ways.

The first is that books give us hope. The second, is that they make us better people. And the third, and perhaps the most important, is that they have an unyielding capacity to inspire change.

And, while many books come and go, once and a while, you’ll come across one that so intrinsically captures literature’s ability to do all of those three things.

REBEL by Rahaf Mohammed is the latest one to be added to that very special list.

The breathtaking memoir follows Rahaf Mohammed, who in 2019 at 18 years old, decided to free herself from Saudi Arabia’s oppressive and stifling treatment of women by escaping from her family as they holidayed in Kuwait.

Intending to seek asylum in Australia, she boarded a plane to Bangkok, only to be stopped and detained by Thai authorities – acting on the instructions of Saudi officials – to be sent home.

However, for Rahaf, returning home only meant one thing: her death. So, fearing for her life, she barricaded herself in an airport hotel room and gained international attention as she appealed for help through social media. 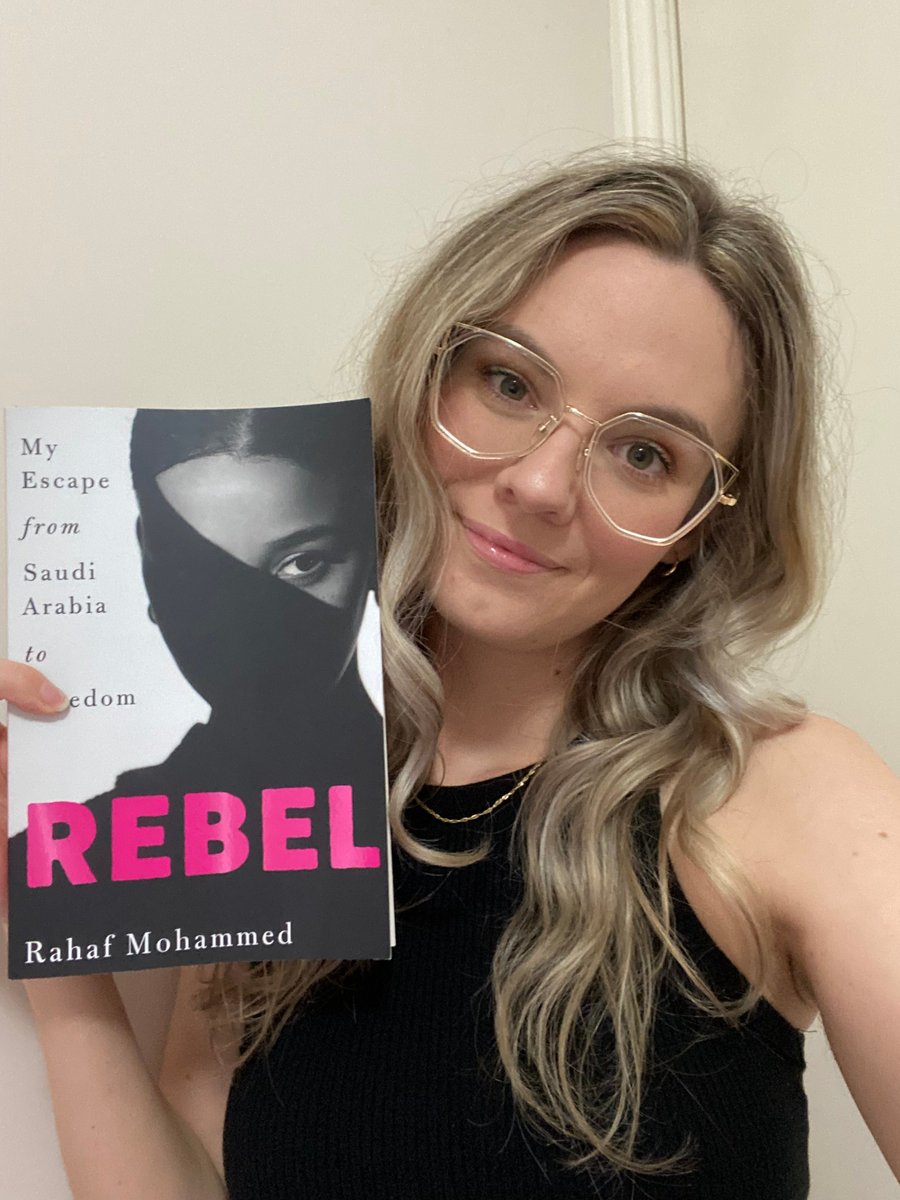 For most of us, this is where Rahaf’s story started. After all, we could only ever assume, but never truly know, what horrific past events and experiences had led her to risk her life.

But, in Pan Macmillan’s latest release, she has found her voice, detailing nearly two decades of abuse, humiliation and suffering at the hands of the patriarchal and misogynistic, yet deeply traditional structures of Saudi Arabian society.

The memoir begins with her escape, then almost immediately catapults us back to Rahaf’s childhood, which is a necessary structure to emphasise the weight of Rahaf’s decision. After all, it’s only when you understand the horrors she faced throughout her upbringing do you fully comprehend the weight of the risk she takes.

The haunting portrait of Rahaf’s childhood not only serves to capture the anguish of the experiences she was forced to endure, but also serves as a critique of the male guardianship system that enables the continued disenfranchisement and abuse of thousands of women in Saudi Arabia.

Which, as Rahaf expresses, is her hope for the memoir. That, “rather than being one girl’s story of escape, this book becomes an agent for change.”

This is made possible by Rahaf’s ability to understand and explain the complexities of Saudi Arabian culture and traditions, revealing to us how and why these systems continue to exist. 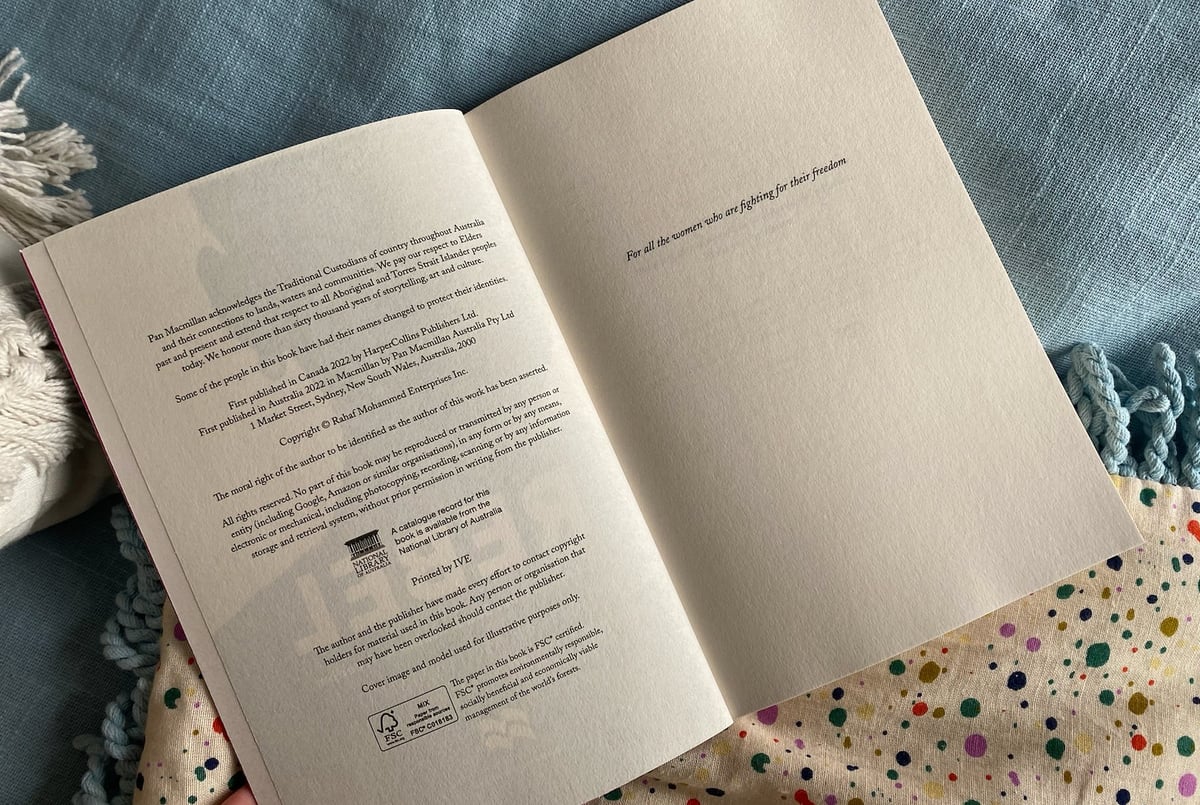 Throughout the discussion of her childhood experiences, Rahaf continually mentions the contradictory nature of her homeland, revealing that “duplicity is the name of the game in Saudi.”

This is echoed in her descriptions of Saudi Arabian life, which deeply reflect her adolescent experience. Just as Saudi represents itself as one way to the world, Rahaf too, creates an image that allows her to hide her true self in order to survive the inequality and brutality of Saudi traditions.

The weight of this only increases as Rahaf grows older and not only begins to understand the hypocrisy at the centre of Saudi life, but begins to better understand her own sexual identity. As she progresses through adolescence, the standards she is expected to meet – but cannot bring herself to – becomes horrifying as the consequences of not meeting them are fatally violent.

All of which gravely serve to remind us of the severe inequalities that still exist in our world.

As Western countries continue to progressively move closer to overcoming the patriarchal ideas that currently exist, there are still women in other parts of the world that are forced to endure misogynistic ideology we would have liked to believe has become extinct.

Rahaf’s story will evoke a range of complex emotions from you.

You’ll be angry and devastated and frustrated.

But you’ll also feel joy when Rahaf talks about the new life she has made for herself in Canada — only to feel shattered again when you realise that Rahaf’s experiences aren't isolated and her escape is the exception rather than the rule.

More than anything, though, you’ll feel inspired.

Because no matter how powerless you may feel while reading it, you’ll so deeply understand that the echo of Rahaf’s voice is the sound of change in its early formations, steadily building steam towards a brighter future.

REBEL by Rahaf Mohammed (RRP $32.99) is published by Pan Macmillan and now available in all good bookstores.

In the era of #Metoo, Rahaf's story is a stark reminder of the struggle for gender equality over centuries and an echo of the archetypal forces that continue to threaten hard-won freedoms. Rahaf's refusal to allow her future to be defined by a system intent on her oppression is a rallying cry for girls and women everywhere. Rebel by Rahaf Mohammed is published by Pan Macmillan, RRP $34.99. Available in all good bookstores and online.