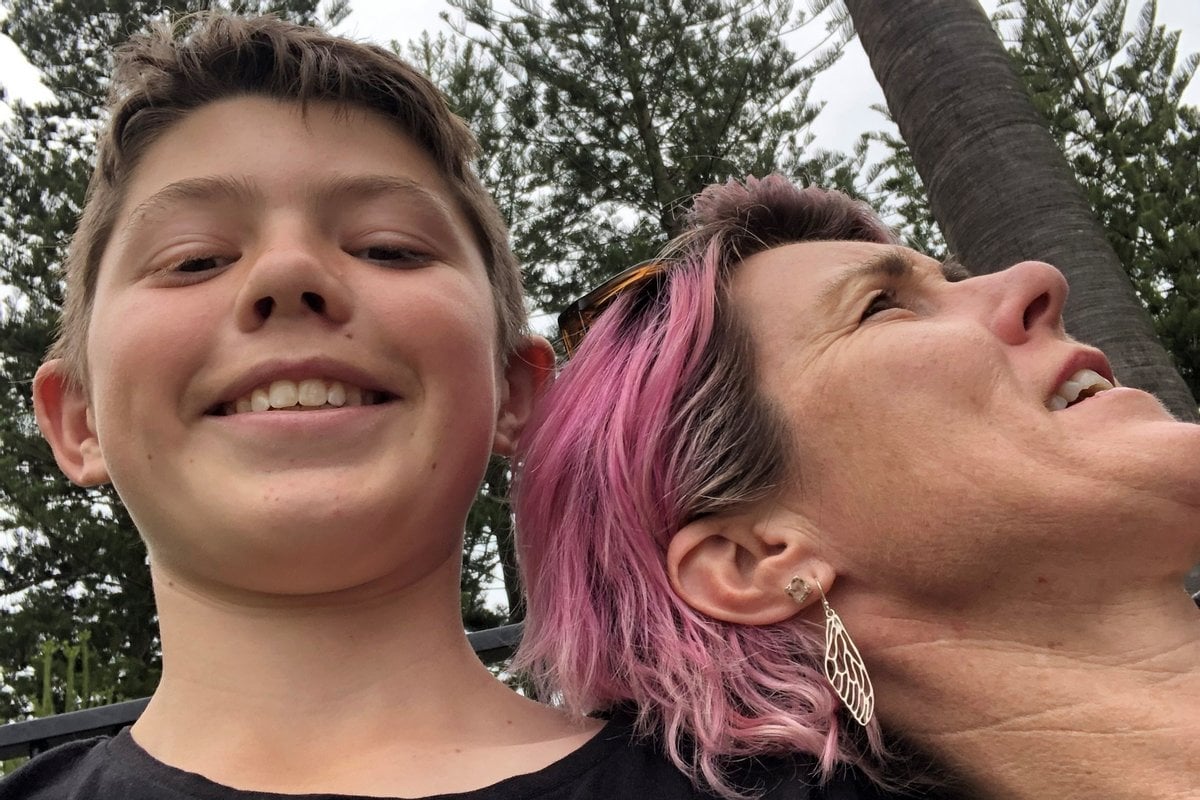 As an exhausted, sleep-deprived mum of four under the age of six, I used to think life would be easier once the kids were older. I was sure that once the kids could sleep through the night, dress, feed themselves, and eventually help at home, this parenting gig wouldn't be so hard.

Parents wiser than me would laugh when I said this and respond, 'Small kids, small problems; bigger kids, bigger problems'.

In the trenches of toddler tantrums and toilet training, I wasn't convinced.

Ten years later, as a mother to four tweens and teens, I'm far from prepared for the 'bigger kids, bigger problems' stage of parenting. Those beautiful toddlers, who once wouldn't leave my side, now only seem to want to talk to me when they need me to drive them, feed them and fund their social lives.

With no idea of how to parent my teens (so we all come out the other side), I reached out to my friends, who seemed to be nailing parenting teens.

Along the way, I even met an expert in teens (I asked her to move into my house, and sadly she said no), and naturally, I asked her for her advice as well.

These are the gems of wisdom I heard time and time again:

1. The best conversations take place in the car.

Spending Saturday driving kids around (like every other parent I know) is not my idea of a relaxing weekend.

It turns out that those car trips allow the time and space to have conversations with your teen that go deeper than dirty washing and homework.

They can't escape, so you tend to have their undivided attention (if you can get their headphones out of their ears and eyes off their screen). 'Sideways talking' is a lot less confronting than talking to each other face to face (it's why we all confide in our hairdresser, right?).

And while I'm not proud to admit this, it's often one of the few times parents aren't distracted by screens either...

I'm a people pleaser and I like to be liked. When I find my teen shouting at me, I worry about what I did wrong (either that day or over the last 15 years).

When I asked Erin, a teen expert from TeenSeen, what was going on, she explained that big emotions increase during adolescence.

Teens operate from the emotional rather than thinking part of their brain, which is still underdeveloped. It will only worsen things by telling them to 'calm down' or 'stop overreacting.'

So how to respond? Firstly, resist the urge to shout back and breathe. It's not about our parenting but that our teen's brain is under major re-construction and might need some space and love.

Easier said than done, but I know from experience shouting back doesn't work, so I'm willing to give it a go.

There are requests for more phone data, more screen time, and later bedtimes every day in my house. My teens tell me I'm too strict; everyone else is allowed.

Other parents of teens tell me boundaries are essential. Erin reassures me that boundaries let teens know you care. They show that you are concerned about them when you aren't there. They help teens feel safe and supported (even if they don't like it!).

I'm standing firm; the phones and laptops remain in my care at bedtime.

Listen to Help! I Have a Teenager where Jo and Dr Ginni discuss whether you can take your teen's phone of them at night. Post continues after podcast.

4. They know the risks but they do it anyway.

It's impossible to think about boundaries without feeling frustrated that teens try things they know they shouldn't.

What teen can't tell you the dangers of vaping, drugs and alcohol, yet they experiment anyway. Why? Teens are curious. They are searching and seeking to find their own boundaries. Being told not to do something can be all the incentive they need.

The advice from the wise mums with teens? Reframe the risk so that not doing it is more desirable. Want to stay at a girlfriend's house on Saturday night? How good will it feel on Sunday to win your hockey game after a decent night?

5. Raising teens is not as bad as you expect.

I've saved the most surprising, and frankly, the one that provides me with the greatest joy, until last. Most parents I talked to reassured me that the teenage years aren't something to be feared.

Teens don't turn into monsters overnight. They may appear to love and hate you all in the same five minutes, but they want to connect and spend time with you, just on their terms. Watch their sports games, pick up a controller, and let them choose the music.

So, whilst I think Xbox is a waste of time, I guess it's time to say yes (rather than my standard I'm too busy) next time they ask me to play.

Do I look back at the toddler years through rose-coloured glass and wish I was still there? You bet. Yet I feel more confident knowing what's ahead.

I'm sure there will be some massive bumps on the way, guaranteed shouting (the teens), and tears (me). But knowing that I can enjoy rather than endure the teenage years - what a relief. Just don't tell my teens.