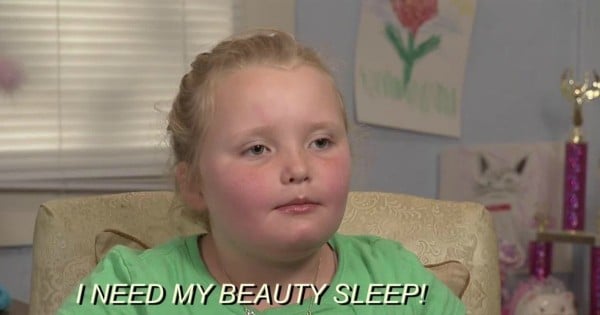 Thanks to our brand partner, Thursday Plantation

The teenage years are really quite something aren’t they? I say this as a parent in the thick of it, not as an actual teen but we as parents like to think we’ll remember what it was like to be awkward, angst ridden and moody. I’m here to tell you however, that it will hit you anew. So here’s a little refresher or as I like to call it, ‘11 things only a mother of a teenager will know’.

1. You can no longer be assured of a hot water shower.

There was once a time when it was almost impossible to get your child into there. Now, you can’t seem to get them out. This is commonly referred to as the ‘hour of shower’. There is an upside to this – at least you know they’re clean. Which let’s face it, is more than we can say for their bedroom. Speaking of which…

2. You can’t get them into bed at night or out of it in the morning.

They go to bed late, they rise late. They become literal sloths.

3. You don’t even realise they occupy the same house as you until the Wi-Fi stops working.

When it gets cut off, they emerge like zombies. Except they’re not after blood, they want internet connection.

4. You are made to feel as if you’ve committed a crime for asking a simple question.

The most common of these being “How was school?”. Apparently this is punishable by death (if looks could kill).

5. Pimples appear out of nowhere.

As a parent you will face this conundrum: to mention or not to mention the outbreak on their face. I mean, I LITERALLY had a tube of some harsh concoction on my body at all times when I was a teen. Now, there are much better options to deal with acne the natural way. There’s a learning curve for teens when it comes to taking care of their skin, but 20 percent of blemishes can be controlled by a solid skin care routine. My best advice? Don’t make a big deal of it, this they won’t accept well. Just give them some great skin care options.

6. You never have any food in the house.

This is because a teenager’s “snack” consists of approximately 15 scoops of cereal, three ham sandwiches and a litre of milk. You genuinely start to consider investing in a hobby farm to cut costs.

7. You no longer need to use an internet search engine because your teenager knows everything.

8. Every single cup and teaspoon you own goes missing.

Seriously, what do they do with them?

9. You worry about their social life and suggest that they spend time with their friends.

To which they respond, whilst never breaking eye contact with their screen, “I am”.

10. Text messaging is your new means of communication.

Between grunting and messaging, the English language may as well go to die during these years.

11. Lunch is the new breakfast.

If you see your teen before midday on a weekend, call the Vatican because you have just witnessed a miracle.

Look, this is a massive generalisation, but after having witnessed two out of my three children go through the teenage years now, I guarantee you will go through at least one of the above. All jokes aside, the best thing you can do as a parent is to let them know that they aren’t the only ones going through it. Also, be accessible and open. Oh, and maybe get a hazmat suit before attempting to enter their room.

As a mother of three teenagers I actually laughed out loud at this article Bern because it is TOTALLY ACCURATE!!