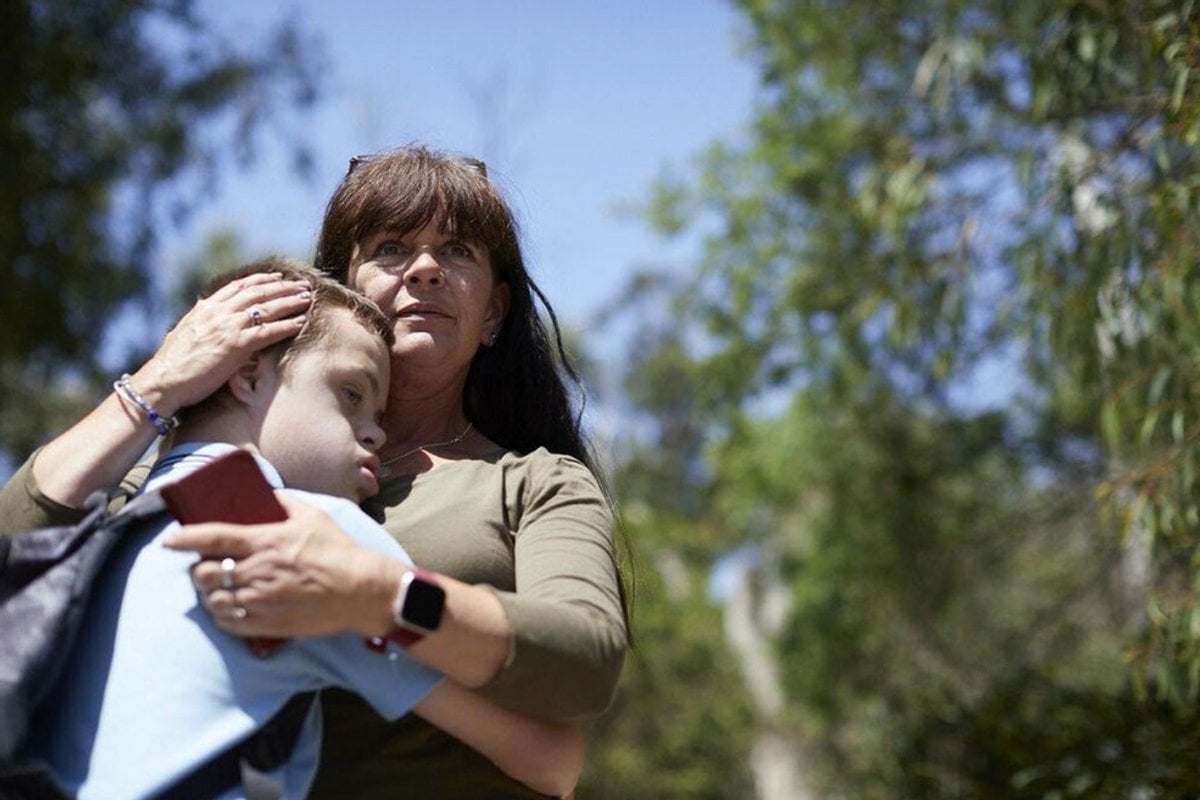 'If you don't have anything nice to say, don't say anything.'

Growing up, we all heard this saying. But how many of us ever reflect on the significance of these words? And how many actually follow this advice?

In my experience, sadly, not enough.

The art of knowing the right time and place to say certain things – and having the foresight to see if something you are about to say is going to offend someone – does not come naturally to everyone.

Watch: Vanessa Cranefield on parenting a child with a disability. Post continues below.

It probably isn't something many people think about much, until comments that are unkind and sometimes quite rude are directed at their family. In particular, at their children.

I don't really know if it's because people don’t consider the feelings of others, or if it’s because they don't know quite what to say. Maybe they don't take that second or two to think first. Or maybe they're just downright rude and don't care what comes out of their mouth.

When you become the parent of a child with a disability, you very quickly become aware of the sorts of things I am talking about.

I know this because I have been the recipient of unkind and uneducated comments towards my son Darcy, who lives with Down Syndrome. 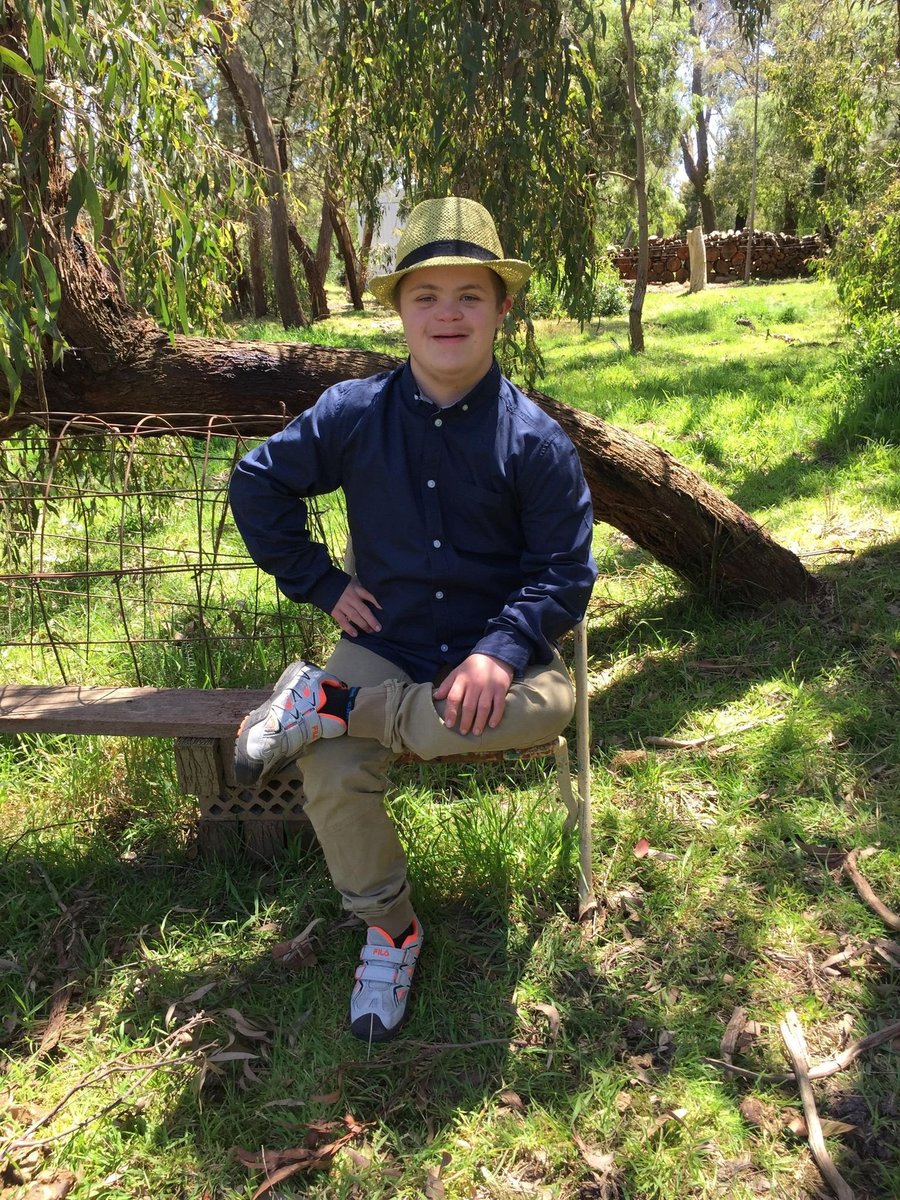 Darcy was born in 2006. We had a pre-birth diagnosis and were subject to many of the types of language I am speaking about, even before he was born.

I remember feeling quite shocked and didn't really understand why this was happening.

We got the pre-birth diagnosis so we could tell others and start planning for when he would join our family. We weren't upset about his diagnosis – we were very excited he was going to complete our family.

The most common thing I’ve heard people say is, "I'm sorry". This comment, I think, is one that happens because people don't know what to say. They immediately think your life is going to become very difficult. We all say this at times when we receive news we don’t know how to respond to.

I asked some of my friends, who also have children with Down Syndrome, if they could share some of the comments and questions they have had to listen to over the years.

I would like you to take a minute to think about how you would feel if someone were to say these sorts of things about your child.

"Did you actually give birth to him? Did you have testing done beforehand?"

A good friend of mine had this comment made to her.

My friend was in shock that someone would actually say something like this. What sorts of questions are they? It dumbfounded me when she told me.

This comment is made from a lack of knowledge about Down Syndrome.

There are three types of Down Syndrome – Trisomy 21 (the most common), Mosaic and Translocation.

They are all the same chromosomal syndrome and people that live with Down Syndrome are like everyone else – they learn differently.

I’ve met a lot of young children, teenagers and adults with Down Syndrome and they are NOT babies and don’t behave like babies. They attend school, play sports, have jobs or are learning job skills. I don’t think babies do this, do they?

I spoke about this at the beginning, and I honestly think people say this because they don’t know what else to say. I would have liked to have heard “Congratulations” when I shared the news about the birth of my son.

I’m sure my friends would have liked the same. Or, even to just be asked questions about the child, like how old is he, is he a good baby, does he sleep through the night, how is he going at school. Questions you would ask any other mother about her child.

This comment definitely comes from a lack of knowledge, and people think this because when they see someone with Down Syndrome out and about, it’s usually when they are doing something they enjoy.

My son, for instance, is not always happy.

I would say my son is very loving, caring and empathetic, but definitely not always happy. He gets upset and angry too.

I think every person is special in their own way.

With my son, he has an amazing sense of how people are feeling and responds in a very caring way. I think this happens because he looks at people, and the world, without any blockers.

His feelings are pure; what you see is what you get. So, I guess if that’s special, then yes, he and his friends are special. But I think we all hold very special qualities in different ways.

"He’s very good looking for one of those."

This was a comment made by a locum paediatric consultant on first meeting a young man with Down Syndrome.

WHAT? I know that if I was this young man’s mother, I would have immediately said, "He is a person." I don’t understand how anyone, let alone a medical practitioner, could say something like this.

"We’ve got one of those on our camp, the kids play with it."

This was a comment made by a traveller selling lavender as she pointed to my friend’s son.

WOW! Do people even realise they are speaking about a human being with feelings?

Do they realise they are speaking to a mother about her son? Would they like their child being referred to as “it”?

I have had this comment made about my son too.

For many years I didn’t know how to respond, and then I came up with, “No, he looks like his brothers”.

That turned it back on the person who made the comment and they then didn’t know what to say.

I don’t think this is a nasty comment. Again, I think it is made when someone doesn’t know what else to say.

"Sorry, but he’s never going to get a proper job, he has Down Syndrome."

The boy this comment was made about is now a successful model, a coach in rugby and soccer and a trainee baker.

Many people with Down Syndrome and other disabilities run successful businesses and have great jobs. And this comment was made by a doctor. Blows my mind.

Ummmm? There are many people who have medical issues without having Down Syndrome.

I know a lot of people with children who don’t have Down Syndrome but have medical issues they have been tackling for many years.

Many medical issues can be treated well and people can live great lives with them.

This comment was made by a 17-year-old toward a four-year-old. Why? This was not said to my son and I don’t know how my friend responded, but I think I would have punched them in the face.

A comment like this fuels anger and most people I know would respond very quickly and without thinking, defending their child. I seriously cannot believe this was said to someone’s child.

"There’s no excuse for a child like this to be born in this day and age."

This was a comment made by a medical professional to a mother. I have also had this said to me.

My son brings so much to our family and community and he is a valued member of both.

He does things like other children, so I don’t know why he shouldn’t be here.

I could probably write a small book about this comment. It actually enrages me. 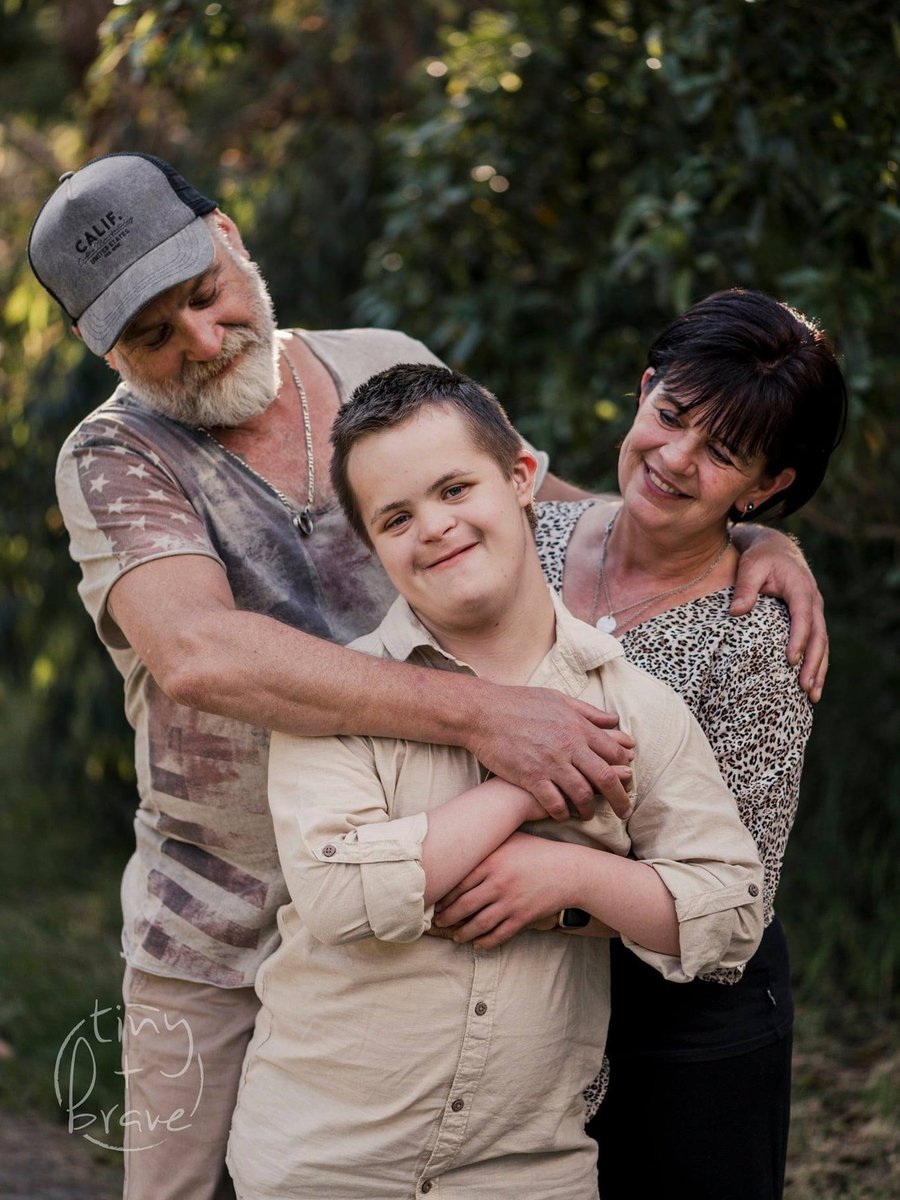 "We’ve got one of them in the family too."

The person who said this to my friend was her friend’s mum. The moment was very awkward, but they knew she didn’t mean anything nasty by the comment.

I don’t know what “one of them” is because last time I looked, everyone that I know that lives with Down Syndrome is a person.

I could share many, many more examples. There are so many. A lot of these remarks are cruel, rude and should never have been said.

People with Down Syndrome are showing the world how capable they are. Many run their own businesses, work in amazing jobs, model, successfully compete in sports and the list goes on. But still, comments like this are being made all the time.

The people that make the comments I've listed above should read and learn. They should take notice of the growing awareness around equality and learn that everyone is a person, and everyone is capable and able to achieve wonderful things.

Raising any child can be difficult and have its ups and downs and complications, no matter what child they are. Does that mean they shouldn't be here? No, it doesn't.

It is important to remember; you are speaking to a parent about their child. We don't like comments or questions like the ones I've highlighted above, and I don't think anybody would.

I remember one of the medical professionals that I saw when I was pregnant with my son, who kept saying sorry all the time.

He also kept telling me about my options around termination, on more than one occasion. I bumped into him many years later and he told me his nephew, who he is very close with, now has a daughter with Down Syndrome.

It made me so happy. He said it was lovely to see us and great to see what a wonderful young man my son was growing into.

We need to change the perception in society, and we need to correct the language and the way people speak.

Please remember this and think before you make a comment. And help raise awareness with us.

M
motherwhoworks a year ago

Reply
Upvote
Wow! As the mother of two kids who had profound disability, like Julie, I felt I could write a book called 'Did you think about that before you said it?" So many examples of bad behaviour. Another classic: "What's wrong with your daughter?" I wanted to ask what was wrong with his manners! Well done Julie - I'm hearing you!!
T
theknightfamily a year ago