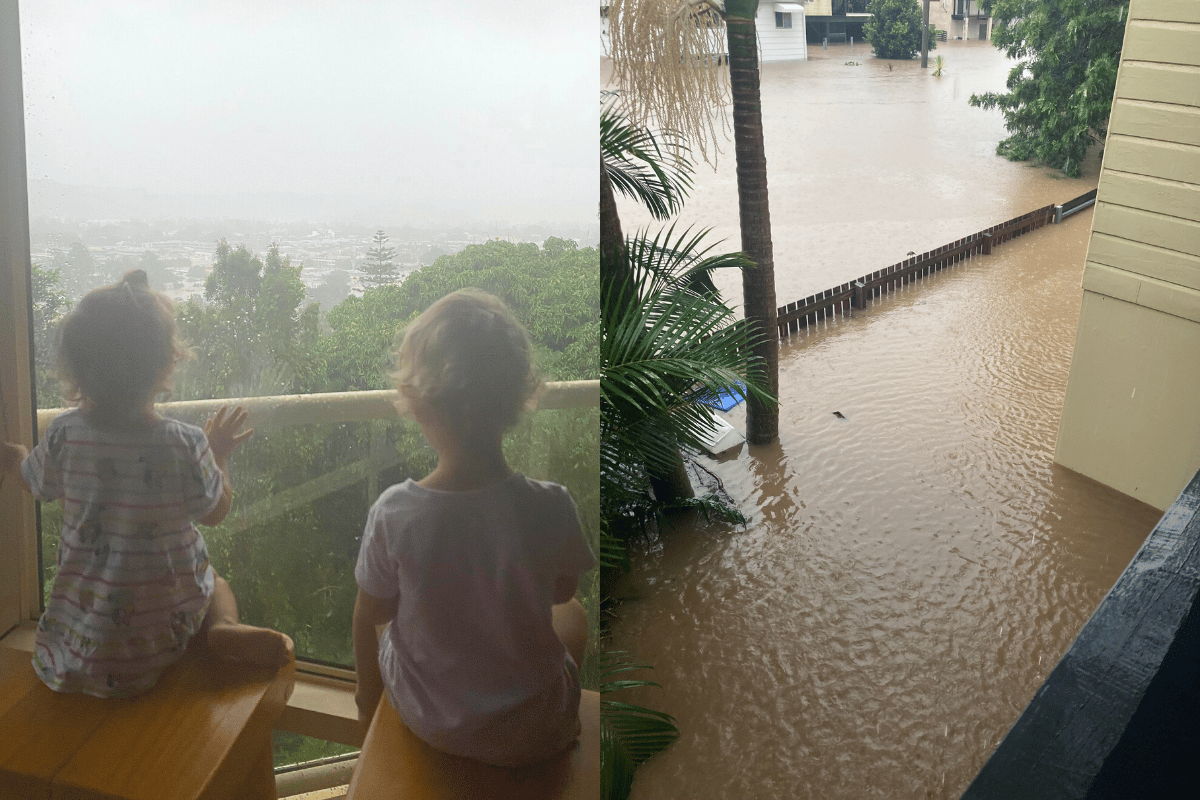 There's a woman alone in South Lismore waiting with no boats or rescue teams in sight.

There are at least three groups of people - including 12 kids and 10 dogs in urgent need scattered around town. One child is injured.

There's an elderly couple who need help in the east. We know one of them can't swim.

They are just a handful of people who have been waiting to be rescued as their homes fill with water. Some standing on roofs, some on cupboards, some in chest deep water.

The northern NSW town of Lismore is currently enduring its worst flood in history. A flood many could never imagine would be so severe.

It was something Lismore resident, Raiha, thought herself, before she had to clamber into her attic along with her partner, his father and their kitten, as water rose through their house.

"At 6:30 am the water was already covering our yard fence, which is roughly 1.5m high so we got onto SES and Triple Zero. They knew we were there but they had no resources to get us. So we were in the attic as the water had reached our second floor which we never thought would happen," she told Mamamia.

Thankfully, a fortunately timed trip to the bathroom led to her family's rescue.

"I needed to use the loo so I came out of the attic at just right time and saw a boat maybe 300 to 400 metres away. I just started yelling and screaming. I had a fluro shirt on and took it off to wave the boat down I could see they slightly turned our way and were coming."

On it were a group of locals rescuing people from their homes.

"It was such a sigh of relief [when I saw the boat] as five minutes earlier I was pretty scared and teary-eyed in the attic with our kitten."

"Our boat ride to Wyrallah was maybe 30 mins as we had to find the river and avoid debris. We came across two houses; the first house had an elderly couple who didn’t want any help and the second house had three adults but one was an elderly lady so after we were dropped off they were rescued by the same people."

"We also saw a lot of calves and cows treading water or nearly under."

Elsewhere in Lismore, Arlie and her two kids have had to leave the home she shares with her husband and in-laws when flood water began rising yesterday.

"Originally the plan was to stay home and wait for the flood to pass, it originally wasn’t meant to come into our house, which historically hadn’t been flood affected," she told Mamamia.

With her husband away for work in Moree, it soon became clear the family were going to be flooded in.

"I did a last minute dash to Woolworths at 8:30pm on Sunday the 27th for some supplies for my daughter’s birthday the next day and essentials for a day or so until the flood water would go down again and we could leave the house.

"We went to bed thinking we would wake up and at worse, we would have knee deep water under the house. We didn’t know the levee wall wasn’t going to hold the flood back." 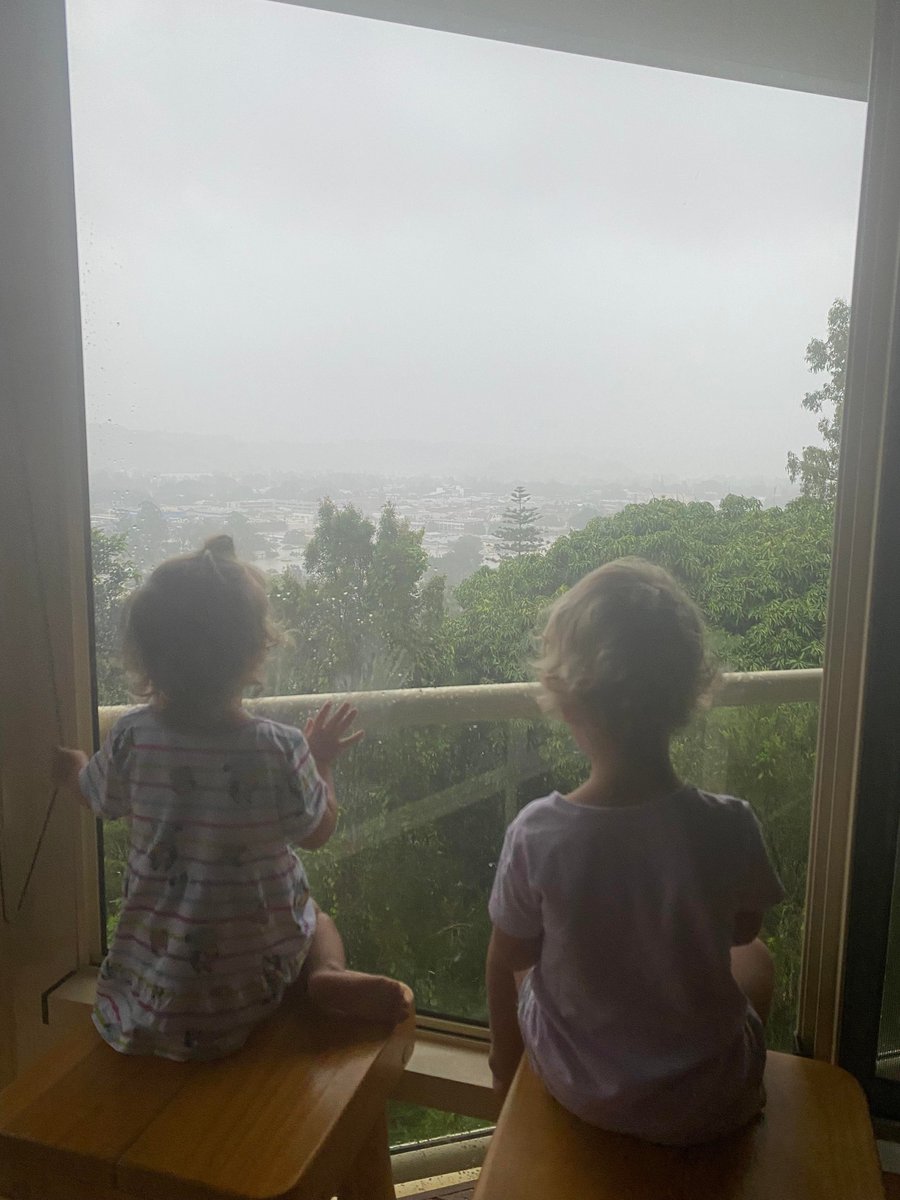 Arlie's daughters looking out at the flood in Lismore on February 28. Image: Supplied.

Early on Monday morning, the day of her daughter's third birthday and her wedding anniversary, Arlie made the decision to leave.

"At 2:30am the levee wall broke and the prediction was changing constantly. My father-in-law told me that if we wanted to leave we had 20mins before the flood would reach the house. I grabbed a few changes of clothes and what I could but I didn’t have time to really think and missed a few essentials."

Her family headed to her husband's Aunty's house, who took them and their pet dog in. However, her husband still remains separated from the family.

Arlie also shared that her brother-in-law had to brave "torrential rain, rising river and power lines to get his family to safety in a tinny after waiting on the roof of their house to be rescued".

"There were so many people who were caught out going off history and we would never have been able to predict just how bad things would get.

"We have heard stories of families taking refuge in ceilings and screaming for help as the water rose, pregnant women and women with babies. Families have left everything. It is honestly devastating."

Over in Tumbulgum, around 100km from Lismore, Karyn and her children also had to flee their home.

With floodwater rising around the house, Karyn and her kids had to jump off their veranda to make it to their neighbour's boat. 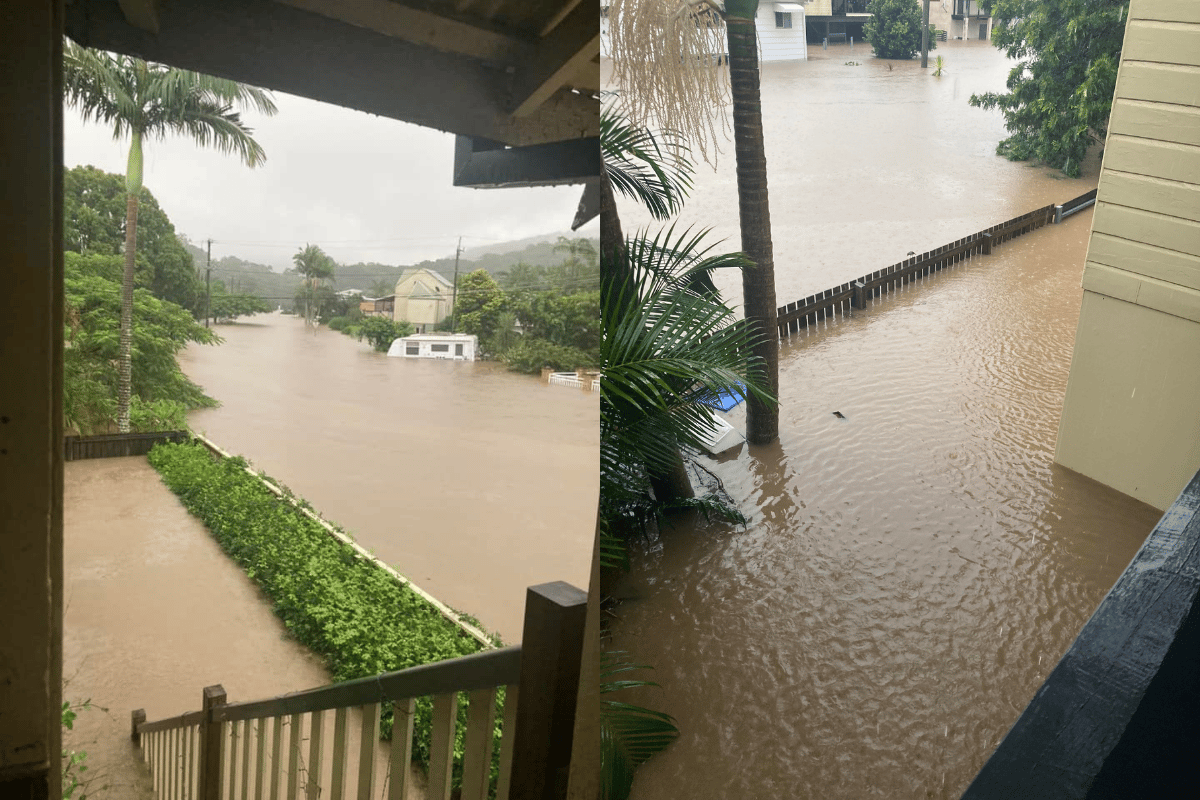 "There was about ten cars waiting to give people lifts to wherever. Everyone that helped us were just normal people trying to help in a really bad situation." 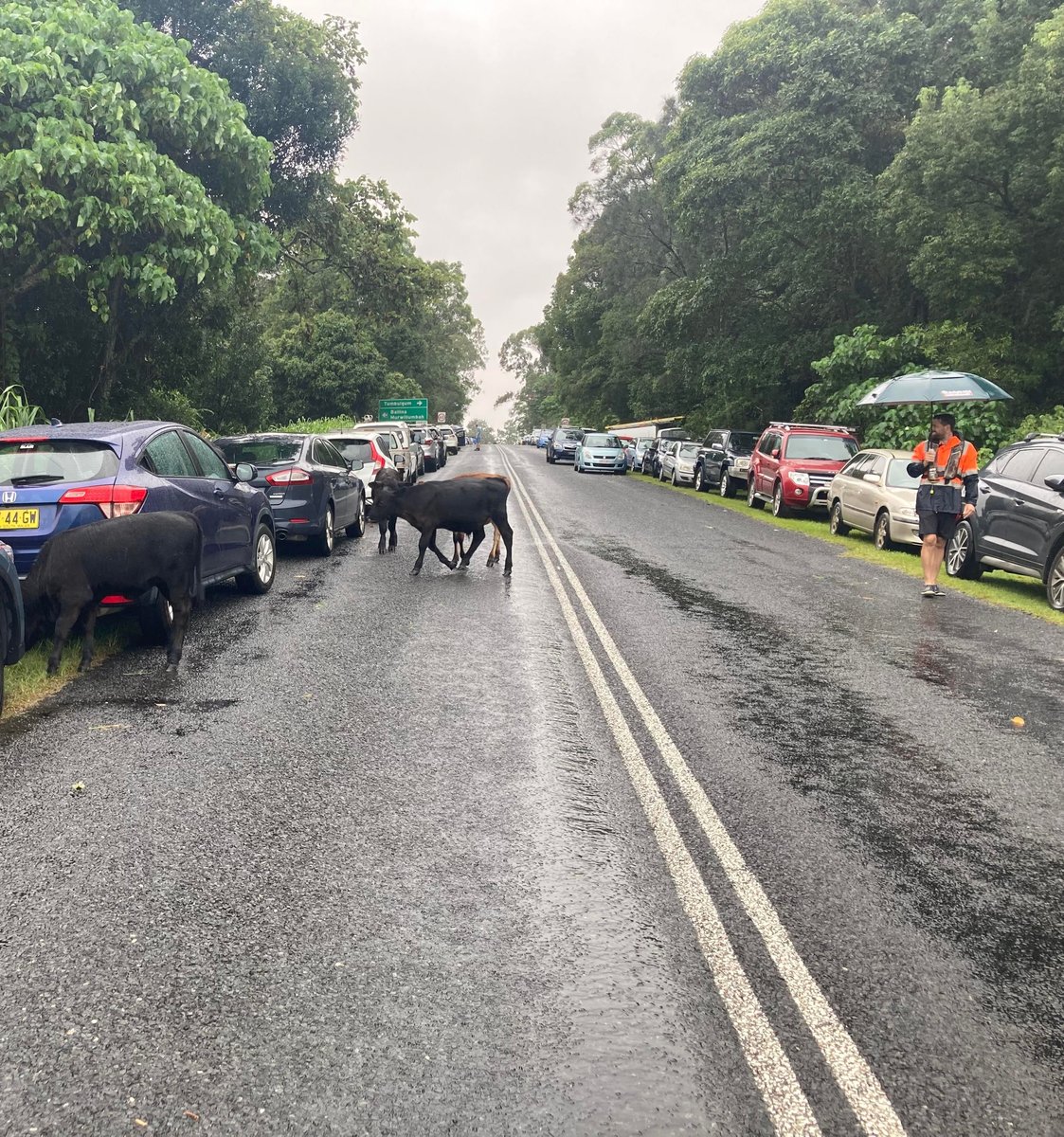 Across the border in Queensland, thousands have shared similar experiences - forced to leave their homes behind with whatever they can carry.

For many residents it brings back memories of the devastating floods that hit the state in 2011.

At the time, the flood didn't come anywhere near Jessica's parents' house in Brisbane. This time around, they weren't as lucky.

"We joked [a flood] could never happen there, but they were basically trapped on most sides," Jessica told Mamamia.

"The units across the streets flooded, a cafe 80m away had two feet of water in it and the backyard nearly flooded their living room." 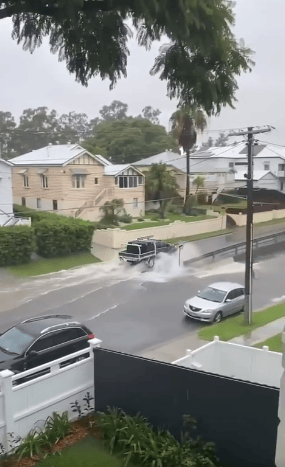 Thanks to the flood, Jessica's partner, who was staying with her parents at the time, couldn't head back home to Toowoomba.

"I was on my own, so we did a lot of phone calls checking on each other and praying it wouldn’t get in the houses."

If you would like to support those affected by the floods, GoFundMe has released a list of verified fundraisers you can donate to here.