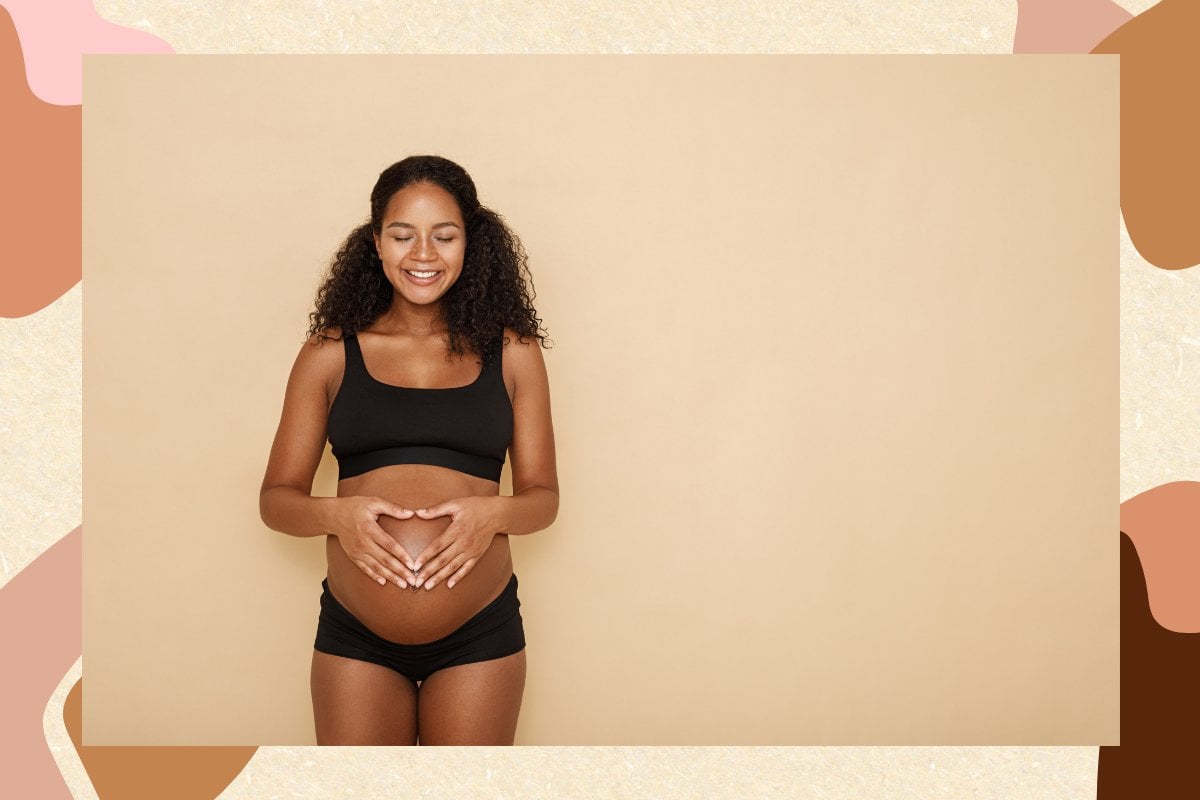 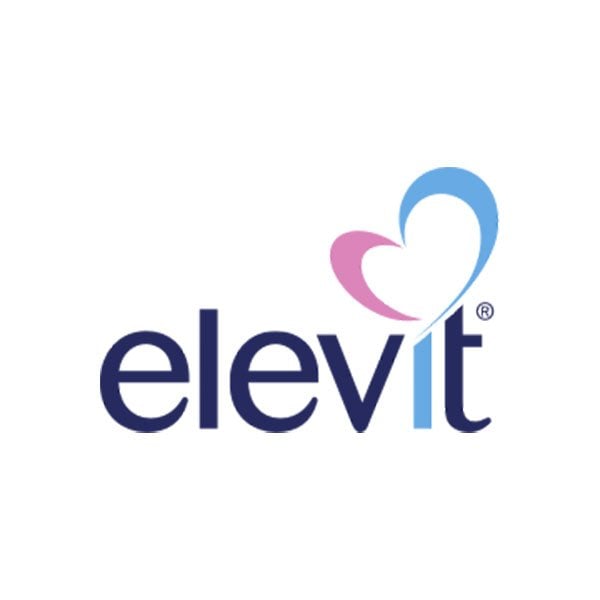 When you find out you're pregnant, you immediately start to wonder... "When did I last eat soft cheese/have a glass of wine/take my pregnancy multivitamin?"

Especially if you've been enjoying all the things over the past few months indoors.

Those two blue lines are the start of a crash course in information overload and it can be a lot to absorb. Your head can feel like a washing machine, swirling with questions.

Can I still drink coffee?

And, what’s the deal with iodine (and, ahem, what even IS iodine)?

The questions seem to get even more confusing (and kinda overwhelming!) when you realise that nutrition during the first 1,000 days of a baby's life has a huge impact on their health and development for the rest of their lives.

Just in case you're terrible at maths (like me), here's the breakdown: The first 1,000 days begin at a child's conception and finishes up on their second birthday.

It's a lot to digest and there's a lot of pressure to get it right.

Most of us aren't even aware of how important it actually is. Sure, we want our babies to be healthy, but a recent survey by Elevit revealed that 67 per cent of us didn't realise poor nutrition can impact male fertility, 59 per cent were unaware of its effects on female fertility and 65 per cent didn't know the impacts it has on the baby's growth and development.

But fear not. We’re here to break down some of the most frequently Googled questions, complete with expert insights, so that you don’t have to. Banish information overload for good and get the facts.

Mamamia spoke to Melanie McGrice, BSc (Nutr), Hons, MNutrDiet, AdvAPD, an Advanced Accredited Practising Dietitian with a special interest in fertility and prenatal health, to get the lowdown on all things healthy nutrition during pregnancy.

1. Iodine is important, but what is it and why do I need it?

You may have heard the word ‘iodine’ thrown around as an essential nutrient for pregnancy but what exactly is it (and why is it so important)? Iodine is one of the main 'growth' nutrients, meaning that it helps ensure the normal development of something rather important - your child's brain.

Your thyroid is put under a ton of pressure during pregnancy as it works overtime to produce healthy pregnancy hormones. Fish are the best source of iodine, though dairy and bread have some iodine too, according to Nutrition Australia.

A nutritious diet may be paired with a daily pregnancy multivitamin to help ensure you’re getting enough iodine on a daily basis, along with other essential nutrients like folic acid to reduce the risk of neural tube defects, and iron to help prevent dietary iron deficiency and assist with your baby's development.

2. Alcohol is on the ‘no-go’ list, but what about caffeine? 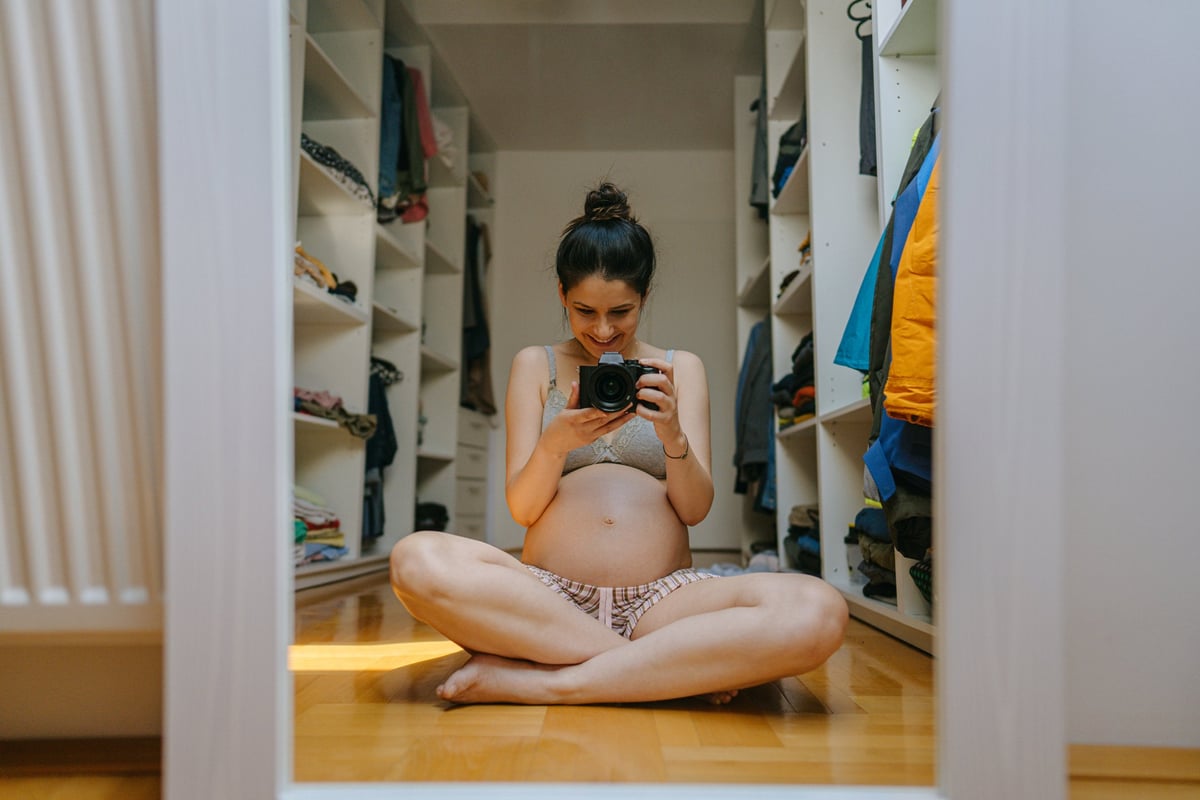 The dynamic duo! While alcohol is off the cards for the foreseeable future (experts recommend complete avoidance during pregnancy), you don’t have to kiss your cup of coffee goodbye.

“The recommendation during pregnancy is to keep caffeine under 200mg per day,” says Melanie. “That’s equivalent to around one, maybe two cups of coffee or around two to three cups of tea.”

For some women however, even the most hardcore coffee aficionados, the very thought of a latte is enough to make them feel queasy.

“What’s really interesting is that many women often naturally go off caffeine during pregnancy,” says Melanie.

Whether it’s a biological response or just something that happens for unknown reasons, if your morning cup isn’t doing it for you, it may be best to switch to tea.

While it may not have quite the same kick, it might leave tender tummies a little happier. Tea can also help contribute to your daily fluid intake, which is greatly increased during pregnancy.

“During pregnancy our fluid requirements increase so much,” says Melanie. “The more fluid you have will really help to make a difference.”

The ‘foods to avoid’ list can seem rather extensive when you’re newly pregnant, leaving you thinking that you’ll never be able to frequent a food court again (well, for at least nine months). The reason for the restriction? Listeria.

Listeria is a type of bacteria that can cause serious illness, particularly in pregnant women and their unborn babies.

“While the risk of listeria is very low if you follow good food hygiene practices, doing everything you can to avoid it is critical to your baby’s health,” says Melanie.

That means making safe choices when eating out and choosing foods with minimal risk.

“Cooked foods are always going to be a good choice as that helps to reduce listeria,” says Melanie. “Something like a toasted sandwich can be a really good, easy option.”

It’s important to ensure that any foods you choose that aren’t prepared at home are made fresh from ingredients that haven’t been sitting around for hours. And avoid the usual suspects when eating out.

“Things like deli meats, eggs and cheese may have (an elevated) listeria or salmonella risk,” says Melanie. The same goes for shop-bought sushi.

“Sushi is quite a high-risk food,” says Melanie. “Sushi, if you make it at home, is OK but best avoided otherwise.”

You can find out more about staying listeria safe with Melanie’s info-packed video about eating safely during pregnancy which can be found here:

4. What if I just don't want to eat fish...or other healthy foods?

If one of the major food groups turns your stomach (we’re looking at you, oily fish), it can be tricky to ensure you’re getting all the nutrients you need to support your health and that of your growing baby.

A healthy, varied diet is key to a healthy pregnancy, but what can you do when all you want to eat is #allthecarbs (potentially washed down with icy cold lemonade)?

One option is to add a quality prenatal supplement to your diet.

“It’s these instances where women may need to turn to a supplement, particularly for things like fish,” says Melanie.

Omega-3 is an important nutrient during both pregnancy and breastfeeding and it can be tough to ensure optimum levels, especially when even the smell makes you queasy.

A DHA supplement can be a great option for bridging the gap, especially if you don't love to eat fish. DHA helps support a baby's brain function, central nervous system, cognitive and eye development.

What about gut health, then? If you're not a fan of fermented foods like yoghurt, sauerkraut or miso, you might also look into probiotics suitable for pregnancy. These contain billions of healthy bacteria, which promote proper immunity system function, digestive system function, and aid nutrient absorption.

But remember, if in doubt, you can always speak to an accredited prenatal dietitian who can support you throughout your pregnancy.

"Every woman is different, and each pregnancy is different, which is where some tailored advice from a prenatal dietitian can be really helpful," says Melanie. "They can help you figure out what you’re missing out on and give you some really practical strategies for you as an individual to help you replace those foods."

To find a dietitian who specialises in fertility, pre and postnatal nutrition, visit www.nutritionplus.com.au or visit Melanie’s website.

Planning pregnancy? Start taking Elevit before you start trying. Elevit Pre-conception & Pregnancy Multivitamins contain essential nutrients like folic acid, iron and iodine to help support baby’s healthy development from conception.
Elevit is the pregnancy nutrition specialist with a range of products to support you at every stage of motherhood. Click here to find out more.
Always read the label. Follow the directions for us. Dietary supplements are not a substitute for a balanced diet. If you have had a baby with a neural tube defect/spina bifida, seek medical advice.