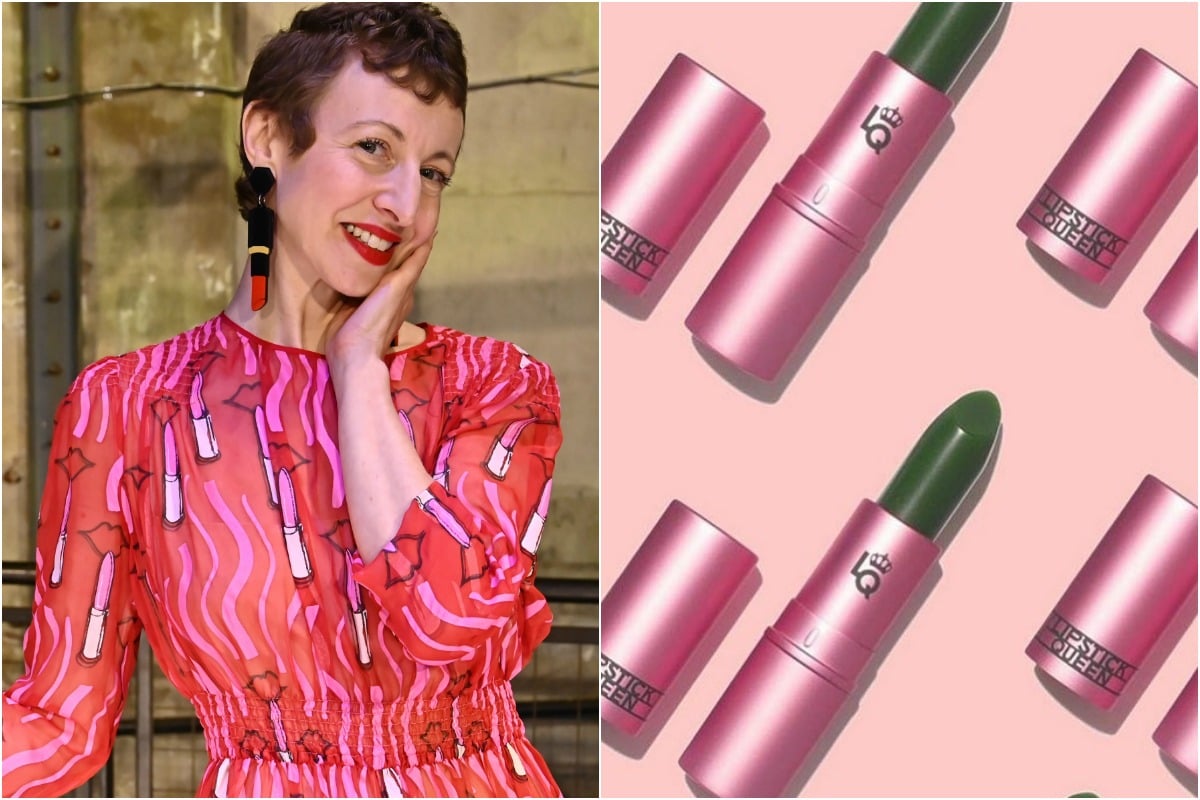 Poppy King is Australia's first ever female entrepreneur. And it's all thanks to a gap in the beauty market — more specifically, the lipstick market.

In 1990, 18-year-old Poppy went up to a beauty counter in Melbourne's Bourke Street Myer store, and she asked the beauty assistant for a matte lipstick in deeper shades of red and burgundy—think 1940s Old Hollywood. But at the time, every major beauty brand was producing lipsticks in pink and coral.

﻿﻿The sales assistant said to her, "If I had a dollar for every time someone asked me for matte lipstick, I'd be rich." And that was when the lightbulb moment hit.

"That was the moment when I turned from being a consumer looking for this product into a potential entrepreneur," Poppy told Mia Freedman.

What was so revolutionary was that Poppy wasn't interested in the whole beauty industry, she wanted to focus on the area she was passionate about and knew needed expanding on — lipsticks.

"I didn't believe lipstick to be a cosmetic. I saw lipstick as a fragrance, like something that was part of your psyche, your soul," Poppy shared.

"I've always wanted to do lipsticks that had intelligence to them. The thinking woman's lipstick."

Watch: How to add a dash of colour to your makeup. Post continues below.

After her launch, Poppy became an Australian celebrity. She was known cross-country as the 'Lipstick Queen' and experienced the highs and lows that came with it. That was until it ended in 1998.

"How it ended in Australia was when I moved to the US. But in terms of how honeymoon period ended, that would've been 1998 — six years after I launched," Poppy explained.

That was the end of the honeymoon period and the company went on for another four years under different ownership.

"The approach came from Leonard Lauder himself, so that was a fairly compelling argument when the chairman actually says, 'I've identified you as the right person for this position,'" she explained.

"It was really like something out of Working Girl."

But after just over three years working for the major beauty corporation, Poppy decided her heart lay with running and owning her own brand, rather than working for one.

One year later, in 2006 her second lipstick brand, Lipstick Queen was born.

The collection launched with a range called Saint and Sinner and it included 10 shades in two finishes — sheer (saint) and matte (sinner). And it became most recognisable for its groundbreaking transformative colours.

In 2011, she sold it to a much larger company that owns multi beauty brands but continued to consult the brand in various roles until she left all together in 2017.

Then recently she launched her latest venture, Femme De Poppy with Barneys (before they shut their doors) as well as Lipcentric with the US home shopping network QVC.

Oh, and she's working on a novel too.