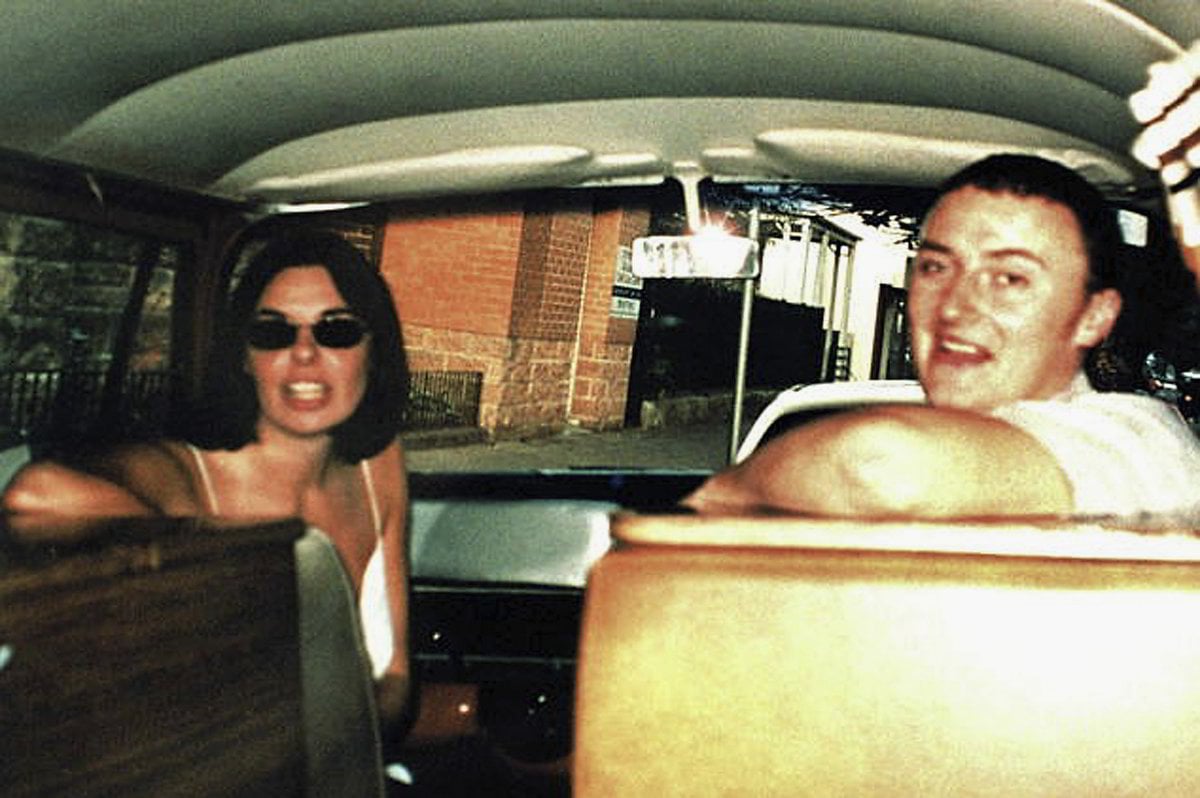 The murder of British backpacker Peter Falconio remains one of Australia's most notorious true crime stories, with a new four-part documentary casting doubt on the outcome of the case.

The documentary re-examined the evidence put forward at the trial of the man convicted of Falconio's murder - Bradley John Murdoch, who some believe was incorrectly identified as the killer.

Falconio went missing on a remote Northern Territory highway on July 14, 2001, while driving with his British girlfriend Joanne Lees.

Falconio's body has never been found.

Here's everything we learnt from the documentary:

Lees' account of the night her partner was killed has been told in court and her book No Turning Back.

She recalled stopping at Ti Tree, as they drove north from Alice Springs to Devil's Marbles, to share a joint.

Another 100km north, Falconio was driving and Lees was sitting in the passenger seat. As they passed through the blink-and-you'll-miss-it town of Barrow Creek, they noticed headlights in their rearview mirror.

A man in a white Toyota four-wheel drive with a green canvas canopy drew up alongside them and gestured to them to pull over.

Falconio did just that and went to speak to the man, who said he'd seen sparks coming from their exhaust pipe.

Lees would later explain that as the two men went to the rear of the vehicle to check it out, she moved into the driver's seat, ready to rev the engine. 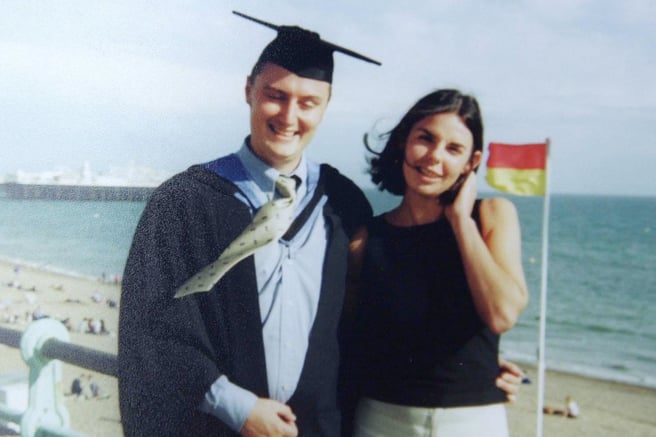 Then, she heard a loud bang.

The man then appeared at the window of the Kombi and pointed a gun at her head.

"I just kept thinking, this was not happening to me. I couldn't believe that this was happening. I felt alone. I kept shouting for Pete and thought I was going to die," she recalled.

"I was more scared of being raped than being shot by the man," she said.

It was only then, Lees said, that she realised Falconio might have been shot.

Desperately, she tried to escape, but the man with the gun grappled with her, eventually tying her hands behind her back with homemade cuffs fashioned from cable ties and masking tape.

Lees﻿ kicked and screamed as he tried to bind her ankles.

Eventually, the man gave up with the ankle ties. Instead, he punched her hard in the side of her head, then dragged her to the rear of his vehicle and dumped her in the tray.

Then, he went back outside. Lees could hear scraping and dragging. She was absolutely terrified, but as the sounds became more distant, she managed to roll out of the vehicle, run away and hide in the bushes where she remained for five hours, as the man searched for her by torchlight, until she was able to flag down a passing truck.

She was driven back to Barrow Creek where she called the police.

They immediately began an investigation, searching the vast bushland for Falconio and the unknown gunman. When they returned to the scene of the crime, they found a dirt-covered blood pool and the couple's Kombi hidden some 80 metres into the scrub. 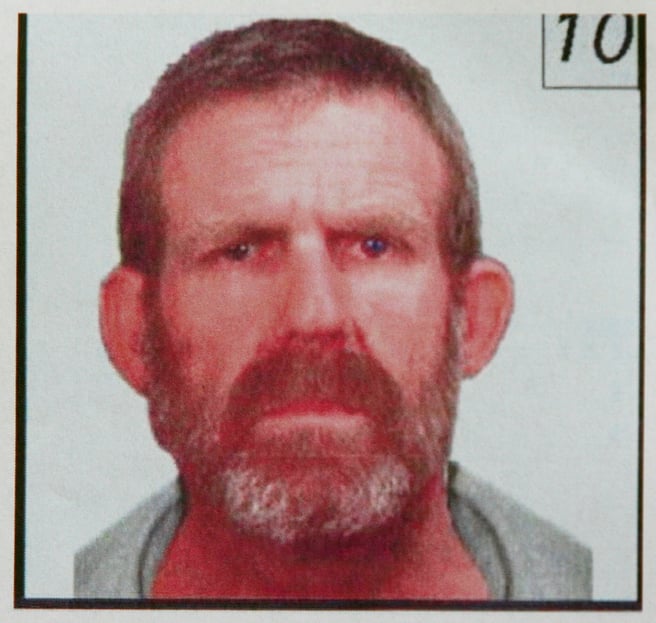 Lees described her attacker as a man, about 40 to 45 years old, with long straggly hair and a handlebar moustache, a checked shirt and a baseball cap.

She said he had a dog, and police discovered a brown cattle dog shot dead in a nearby creek.

In early 2003, police received a tip-off from a man who gave them the name Bradley John Murdoch.

A DNA sample from Murdoch, a mechanic from Broome, matched that taken from Lees' t-shirt, the gear stick in the Kombi, and the makeshift handcuffs.

Knowing the police were on to him, Murdoch escaped to the bush.

Police knew they only had a very small window of time in which to catch him, and that window was narrowing fast.

But luckily, they did catch up to him, and he was arrested in Adelaide before being extradited to Darwin.

Police searched his home and Toyota Landcruiser. They found various rolls of tape, cable ties, night vision goggles, as well as a hair-tie belonging to Lees wrapped around the holster of his gun.

When it was presented in evidence, Gwynne said he recoiled back and would not touch it.

That was when she knew they'd got him.

Lees identified Murdoch, certain it was him who had attacked her. According to the documentary, Lees claimed this only after she had seen his photograph in a BBC story.

Bradley John Murdoch was convicted of murdering Peter Falconio and assaulting Joanne Lees and depriving her of her liberty. He was sentenced to life, with a minimum parole period of 28 years.

Murdoch, who still protests his innocence, will never be released unless he reveals the location of Falconio's body.

The 'jelly man' and a red car.

Despite Murdoch's conviction, many still hold doubts about what happened to Falconio.

It was truck driver Vince Millar who rescued Lees, after hours of hiding in the bush with her hands still tied, from the highway that night.

In Murder in the Outback, Millar revealed new information. He claimed that just before Lees leaped out of the bushes; he had seen a suspicious scene with two men standing beside a red car.

Listen to Mamamia's True Crime Conversations, which features interviews with experts on the world's most fascinating, terrifying and mysterious crimes. Post continues after podcast.

Slowing down to see if they required help, Millar recalled how the men appeared to bundle another man, who looked "like jelly", into the vehicle.

"There was something they didn't want me to see," Millar recalled.

"I am pretty sure that guy in the middle very well could have been Peter ­Falconio."

Police took Millar's statement after he returned Lees to Barrow Creek, but he said in the documentary they lost the first two pages of his statement before the trial.

He said police asked him to sign a replacement two pages, which did not mention the car. Millar said he hadn't wanted to, but felt pressured to oblige.

Joanne Lees does not believe she and Peter Falconio stopped at the Aileron Roadhouse on the Stuart Highway, 200 kilometres north of Alice Springs, on the day of the murder.

But owner Greg Dick and two of his staff swear they did, even testifying in court.

Dick told documentary maker Andrew Fraser he remembered them and their orange Kombi. He said the pair stopped for toasted sandwiches and coffee as they talked about their trip.

He said a rough-looking man came in while they were there and said he'd been living off the land at Policeman's Waterhole in the Davenport Range National Park, east of Tennant Creek.

The man said he had a dog and while Falconio was in the bathroom, Lees spoke to the man outside.

Dick has previously said he believes this man is the real killer.

The roadhouse owner was put in a police lineup with Murdoch, but he said the man he saw was not present.

A lack of blood and DNA doubt.

Police found very little blood at the site of Falconio's disappearance, despite Lees' statement he was shot and dragged away.

Blood specialist emeritus professor Barry Boettcher told the documentary makers he believes Murdoch should not have been convicted.

Forensic scientist Brian McDonald said Murdoch's DNA should have been all over Lees' clothing, the inside of the Kombi, on the tape around her feet and neck, and on the cable ties, after the attack.

But he said the DNA found on the steering wheel, the gear stick and the manacles however were "complex, low-level mixtures", meaning only small amounts of DNA were present and from multiple individuals, making it hard to identify.

The documentary said then-South Australian police Superintendent Gwynne took the restraints used to tie Lees' wrists to South Australia's Yatala prison to see Murdoch in 2002, meaning they could have been contaminated with Murdoch's DNA then.

At Murdoch's trial, the court heard the cuffs were kept in a closed paper bag and not shown to Murdoch.

Murdoch has exhausted all avenues of appeal. There is little chance the case would be reopened unless fresh evidence is found.

All four episodes of Murder in the Outback: The Falconio and Lees Mystery can be viewed on 7plus.