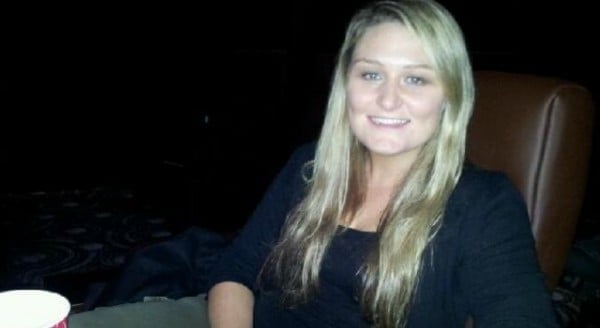 Hi, my name is Elizabeth and I have a problem: I eat a Paleo diet.

Just writing these words sends me into a deep spiral of shame and self-disgust.

I started Paleo before Paleo was cool; before there was such a word, or at least one I had ever heard of. This makes me the most pretentious, if not authentic, hipster around, doesn’t it?

Now, contrary to popular belief, I did not wake up one day and think to myself that it would be a good and really trendy idea to eat like a caveman. After years of not feeling right, I went to the doctor and they told me to cut grains from my diet to see if this helped.

RELATED: A paleo-friendly BBQ sauce – and how to use it.

While I felt better, it wasn’t some miraculous overnight cure, so over the next year they recommended I go off dairy and then processed sugar as well. Just over a year ago, I went to a different doctor for something unrelated and they told me I was allergic to coffee, which means I am now off that as well. I know, major sad face.

The result: I officially eat Paleo ? or live a Paleo lifestyle, as the hardcore ‘alternatives’ among us would say. (Post continues after gallery.)

This all started in 2010, just before I moved to an outback town in Western Australian where it was pretty much impossible to get gluten free bread at the supermarket let alone a grain, dairy and sugar-free brownie.

So, in one respect, I love that Paleo is now a buzzwords; that sugar-free, dairy-free and gluten-free are labelled on food packets and menus; that I can sum up my diet in one word instead of a complicated discussion of what I can and can’t eat. It makes my life a hell of a lot easier.

RELATED: Whoops. Looks like the creators of paleo got it wrong.

But Pete Evans and his vocal opponents have sent me into hiding. I never used to tell people that I didn’t eat like them; I don’t particularly like talking about it and there is nothing I hate more than putting people out by making them cater especially for me.

If anyone noticed, I used to say I followed a restricted diet due to health issues and leave it at that. (Post continues after video.)

Now, I actively pretend to be ‘normal’ and it makes me feel like I have an eating disorder.

Binge eating before I go out, so I will be happy with just a plate of vegetables at the Chinese restaurant; sucking it up and eating something that I shouldn’t and dealing with the pain later; carrying around food in my handbag; making my own birthday cake from sweet potatoes and cacao, hoping it will pass as unhealthy to the untrained palate… this is what Pete has reduced me to.

People used to have a curious line of questions for me. “Yes, rice is gluten free but I still can’t eat it”; “No, I don’t really miss chocolate”; “Yes, I do miss really fresh, crusty bread with butter”; “Yes, I have occasionally fallen off the wagon and no, it’s not worth it”; and “Yes, it’s fine, please don’t apologise for eating something in front of me that I can’t”.

Now, when people find out, they are actively hostile and use facts gleaned from media headlines against me. 'You know we have evolved past that, right? Didn’t cavemen have an average life expectancy of, like, 27? I read that scientists have discovered carbohydrates are actually needed for brain function'.

Here's what I want everyone to know: Paleo didn’t miraculously cure my health issues, but it definitely helped and it does make them more manageable.

RELATED: The 12 annoying things that inevitably happen when you try to eat healthy.

I do not eat Paleo to lose weight or to live some alternate hipster lifestyle. So don’t look at me like I'm lying about eating this way to be 'cool' and secretly scoff down a tub of ice-cream every night.

Lastly, I am definitely not judging you for eating normally. Eating this way is hard enough — please don’t judge me for it as well.

Do you eat a Paleo diet? Have you ever been unfairly judged for it?