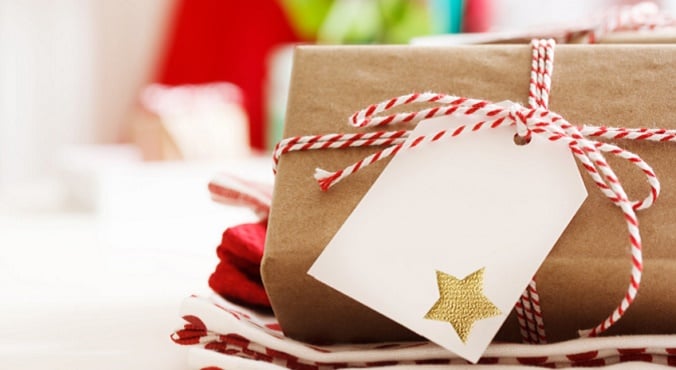 Thought socks and underwear were the worst presents you could find under the tree? Nope.

A Reddit user recently posed the thoughtful question “What’s the most passive-aggressive gift you’ve received?” and the answers will make you clutch that new tea towel for dear life.

The gift itself isn’t the problem – it’s the card that came attached.

“[I got] a watch with a note in the box that read ‘time to sort your life out’. Thanks mum,” wrote Fnarley.

This will make anyone with children shiver.

“My mother does not get on well with her sister. So she gave her nephew a recorder on his first birthday. I repeat: she gave a recorder to a toddler,” said refugenius. So cruel, so funny. (Watch: Confessions of the most illegal thing you’ve ever done. Post continues after video.)

“My mother-in-law gave me a blouse that was size 24. I was a size eight,” said Ijustcantstayaway.

Settle in for this one.

“So my sister in law is a piece of work. She’s constantly setting up Go Fund Me campaigns for house projects, vacations, sperm to start a family, etc. She’s just… exhausting. So one year she gives me a rock for Christmas. And I open it and I’m like, ‘Oh cooooool’. And she goes on this 10 minute speech about how she slept with the damn rock to give it her energy and ‘help guide me’ and tells me I’m supposed to sleep with the rock, too, so we can become ‘closer’,” wrote Happygiraffe.

“So the next year, here comes another Go Fund Me, this time she wants to hike a portion of the Appalachian Trail. Now, I’m broke: I’m finishing a Master’s degree, I have a new baby, etc. I’m not giving her money for her ‘finding herself’ vacations. But I do decide I want to give her something.”

“So at her vacation kick off party that she threw herself (not joking), I brought her a gift that I put a lot of thought into. I told her I wanted her to take it with her, for safe keeping, to remind her of her family waiting for her safe return from the great state of New Hampshire. And I passed her a 15 lb slab of granite from my back yard,” they wrote.

“And dead-faced told her I wanted her to carry it in her pack for her trip because it had good energy in it. The look: priceless.” (Post continues after gallery.)

“My mother once gave me a self-help book called ‘Procrastination: Why You Do It, and What to Do About It Now’,” wrote EzBrzXTC.

“One year I gained six and my mother-in-law deliberately gave me gym clothes three sizes too big,” said Ghoulson.

You hear about wicked stepmothers in Disney but in real life?

“From my stepmother for Christmas: Acne wash, deodorant, and a pack of gum,” contributed another user.

“As a spotty 15 year old, a coupon voucher for a dermatologist and some kind of self-made ‘acne and you’ pamphlet, detailing how boys would never date me if I kept on being the cystic acne ridden social leper I was,” wrote yourethehero.

“Now, as a graduate, prenatal vitamins. Two month’s supply. She says I need to ‘plan appropriately.'”

Proof that regifting is a serious cycle.

“My sister was overseas for Christmas, but thoughtfully left me the gift of Trinny and Susannah’s ‘How to Dress for your Body Type’ book. I regifted it to her the next year. And back and forth we go,” said whyareyousolate.

More and more women are choosing not to take their partner’s name – but not everyone is accepting of it.

“Flowers from my in laws addressed to “Mrs. TheirLastName”. I kept my name and they know it,” wrote auntiepink.

“My grandmother got me a box of ‘thank you’ notes. I didn’t send her one,” said khaleezy. Ouch.

What’s the most passive-aggressive gift you’ve ever received?

The worst gifts are the ones where either: the person gives you a gift to their liking not anywhere near yours (colours/styles they do not ever see you with) OR they buy you gifts with no understanding of your taste. At times, I’d rather not get a present!