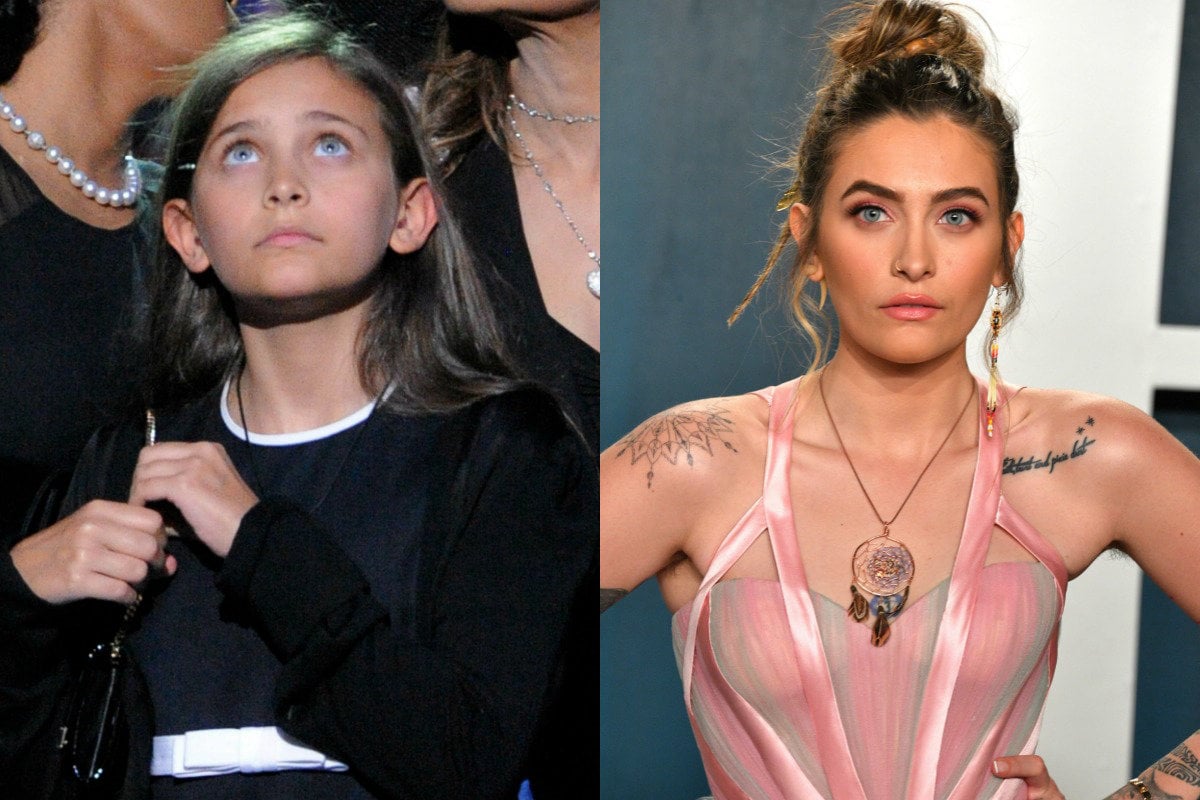 This post discusses suicide and may be triggering for some readers.

Over a decade on from the death of her father Michael Jackson, Paris Jackson is opening up about grief, sexuality, and her career goals.

The 22-year-old is sharing an insight into her life in the new Facebook Watch series, Unfiltered: Paris Jackson and Gabriel Glenn, which follows Jackson and her boyfriend as they launch their new band, The Soundflowers.

In the first episode of the series, Jackson and her boyfriend, who she has been dating for over a year, opened up about their relationship.

Watch a sneak peek from Unfiltered: Paris Jackson and Gabriel Glenn below. Post continues after video.

"We went from The Rainbow to an after-party and that's where I saw her playing an unplugged guitar," Glenn shared.

"It felt very intimate, and I knew that I was... I was walking towards a head over heels fall."

Jackson chimed in, adding that the pair "immediately just vibed", before spending three days straight together.

The couple, who went public with their relationship last February, first met through mutual friends. Now, after collaborating musically, the pair have released their first EP together.

In the series, Jackson admitted that there's "pressure to follow in my dad's footsteps", and she constantly has to deal with being "compared to him and scrutinised".

However, the performer acknowledged that her past has definitely shaped her music career.

"If I don't talk about it or if I don't let it in my music, it's gonna completely ruin my life, and it's gonna own me and I'll be a slave to that kind of pain. I don't want that."

The 22-year-old also shared that she now feels "ready" to open up to the world.

"You see a kid grow up in the public eye, you forget that I am a human," she said in the first trailer for the show.

"I was against letting the world in because it wasn't a choice. I wasn't ready then. I feel like I'm ready now."

In a recent episode of the series, Jackson opened up about her sexuality, admitting that she never thought she would be in a relationship with a man.

The musician added that she initially struggled with her sexuality.

Listen to the latest episode of The Spill, Mamamia's daily entertainment podcast, below. Post continues after audio.

"I didn't know that it was a thing and so, I was a little conflicted about it because all I'd ever seen were men and women on TV together and so, these thoughts didn't really make sense to me," she recalled.

"My dad caught on pretty quick," she added. "I think he just felt the energy and he would like kind of tease me the same way that he would tease my brothers, like 'Oh, you got yourself a girlfriend.'

"I'm very lucky to have that, especially so young — I think I was like eight or nine. Not many children have that experience."

From their unconventional birth to their time in the spotlight in the aftermath of their father's death in 2009, life has been anything but normal for Michael Jackson’s three children.

After meeting Rowe, who was a nurse at the office of his dermatologist, the pair soon agreed to have children together.

"I was trying to help him," Rowe told the court following Jackson’s death, as reported by the Los Angeles Times. "I said, 'What’s the thing that makes you the saddest?' He said, 'I never had any children.'"

She told him: "Let me have a baby with you. You can have the joy of being a parent."

After thinking about the offer for a few weeks, Jackson agreed, and before long Rowe was pregnant.

In November 1996, when Rowe was six-months along, the pair got married. The private ceremony took place in Sydney while Jackson was on tour.

Within hours of her birth, Jackson reportedly "snatched" his daughter away from Rowe.

"I snatched her and just went home with all the placenta and everything all over," he told interviewer Martin Bashir.

Within three years of Prince’s birth, Jackson and Rowe divorced. According to court documents, Rowe gladly relinquished custody of the children. 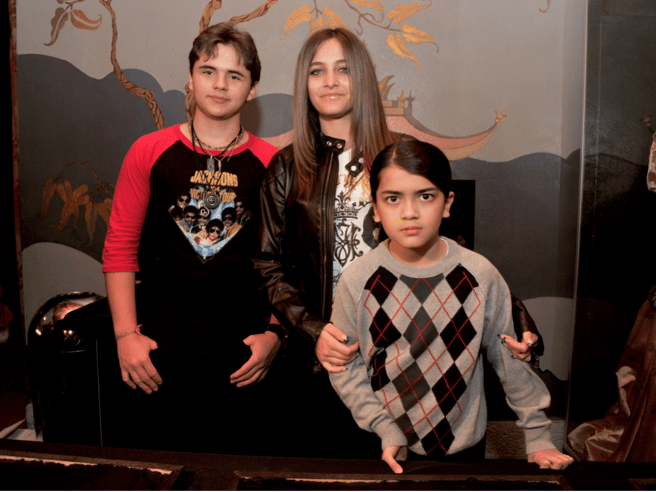 As the children grew up, they spent most of their time at their father's amusement park-like Neverland Ranch, where they were homeschooled.

While Neverland Ranch was home to theme park rides and a petting zoo, the attractions were saved for special occasions.

"We couldn’t just go on the rides whenever we wanted to. Like, we had school every single day, and we had to be good. And if we were good, every other weekend or so, we could choose whether we were gonna go to the movie theatre or see the animals or whatever. But if you were on bad behaviour, then you wouldn’t get to go do all those things," Jackson, 22, told Rolling Stone in 2017.

On the rare occasions the three children were seen in public, Jackson concealed his children's faces with brightly coloured face masks.

The years after Michael Jackson's death.

Paris Jackson, who was 11 years old when her father died, also spoke at his highly publicised funeral.

"Ever since I was born, daddy has been the best father you could ever imagine," she said. "And I just wanted to say I love him so much."

In the years following the singer's death, the now 22-year-old struggled with addiction and depression, reportedly attempting suicide multiple times.

As a result, Jackson spent a number of her high school years at a therapeutic school in Utah, which she credits with helping her overcome depression.

"It was just self-hatred, thinking I couldn't do anything right," she told Rolling Stone.

Following the release of documentary Leaving Neverland, which levelled sexual abuse allegations against Michael Jackson, it was heavily rumoured that Jackson had checked into a rehab facility for her "emotional health".

In a social media post, however, Paris assured fans that she's "feeling better than ever".

"The media are exaggerating per usual," she wrote.

"Yes, I've taken a break from work and social media and my phone because it can be too much sometimes, and everyone deserves a break, but I am happy and healthy and feeling better than ever!"

In recent years, Jackson has reemerged in the public light, appearing on the covers of several magazines including Harper's Bazaar, Vogue Australia, Rolling Stone, and Teen Vogue.

In addition to building her modelling career, Jackson has also appeared in a number of small roles, including 2018 film Gringo.

Jackson is currently slated to appear in a forthcoming film Habit, alongside Bella Thorne and musician Gavin Rossdale.

As Jackson reportedly portrays Jesus in the film, a petition which has attracted over 260,000 signatures is calling for the film to be blocked, denouncing it as "Christianophobic garbage" and "blasphemous". ﻿

Unfiltered: Paris Jackson and Gabriel Glenn is available to watch on Facebook Watch, with episodes premiering every Tuesday.