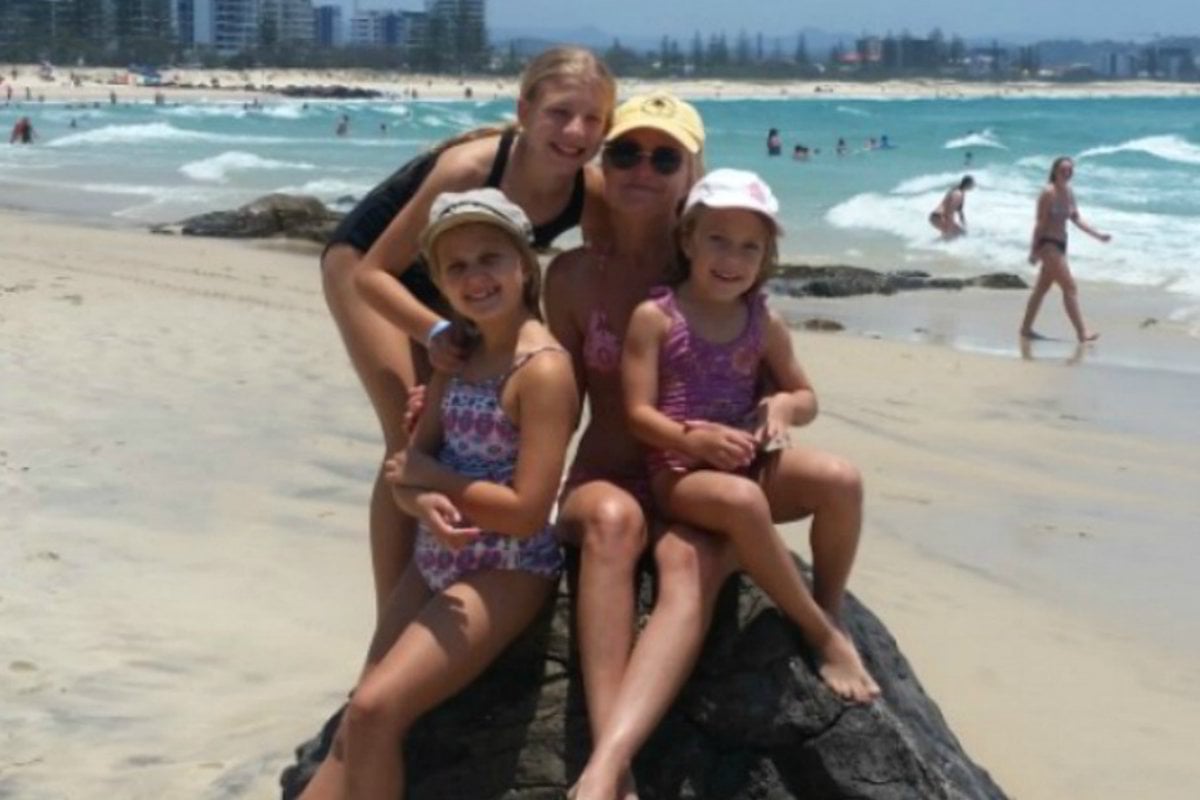 My eldest daughter has been called a tomboy from an early age.

Not that that's a particularly bad thing, but at 13, she’s realising now how sexist that label is. Rightfully, she’s begun to question why the sports and interests she has are still seen as reserved predominantly for boys.

And I’m proud of her, because if there’s anything that’s encouraged her to prove people wrong, it’s when they tell her she can’t do certain things because she’s a girl - or that the reason she’s interested in ‘boy things’ is because she's a tomboy. Like that’s some kind of justified explanation.

My daughter has always been a daredevil. I knew it the moment I heard a massive thump come from her nursery at 13 months old after her afternoon nap. I rushed in to find her sitting on the floor, grinning and clapping herself, proud that she’d jumped out of the cot and made it in one piece. I on the other hand was mortified. How on earth did she do that without breaking any of her tiny bones?

From then on, afternoon nap times became a game. She’d sleep happily, then upon waking, launch herself out of the cot with a thud and run out to greet me. She was so small yet so daring. So different to me.

Then she moved on to climbing cupboards and bookshelves and swinging from the washing line, to riding jet-skis, playing football, surfing and dirt bike riding.

As for me, I've had many interesting (and some derogatory) comments over the years about having three daughters and no sons.

‘Wow, so many girls! You could start a netball team!’ (For the record, none of my girls are netballers).

‘I feel for your husband though, he missed out on having a boy’.

What I want to say in return is, ‘Wow, so many sexist comments…’

I’m thankful I have three girls, because I want them to prove people wrong. I don’t want them to feel held back from pursuing their interests just because the cashier at the hardware store thinks dirt bike riding is too dangerous for a girl (fact is, it’s no less dangerous for a boy).

If you ask my daughter what she wants to be when she grows up, her response will be ‘the number one female dirt bike rider in the world’. If that’s the case, and that’s what she wants to strive for, then so be it. It doesn’t make her a tomboy, she’s just a girl who loves riding dirt bikes.

Whether she was a boy or a girl, I’d still be squinting and praying from the sidelines that my child completed the course alive and in one piece.

I love her spirit though, and how the minute someone calls her a tomboy or makes a sexist comment to her, she calls them out on it. So she should.

Lidija Zmisa is a mum of three girls, wife and writer. You can follow her on Instagram @lidijazmisa