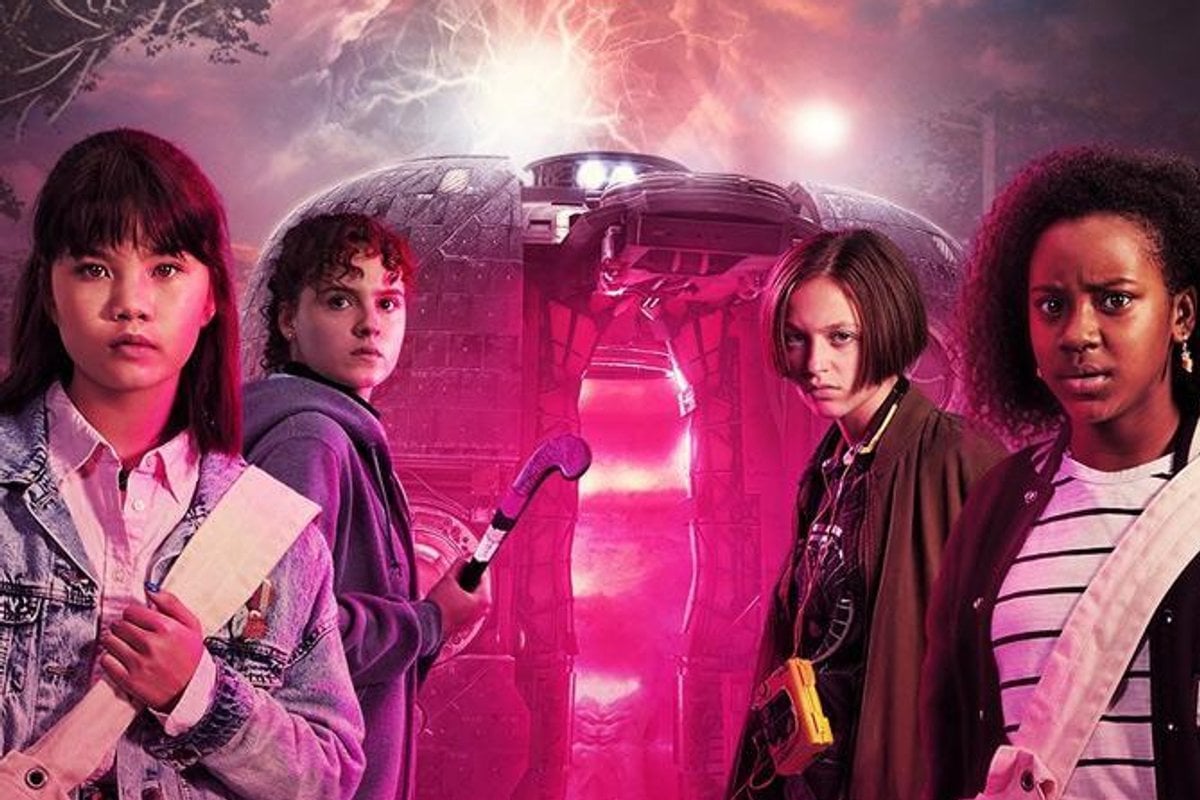 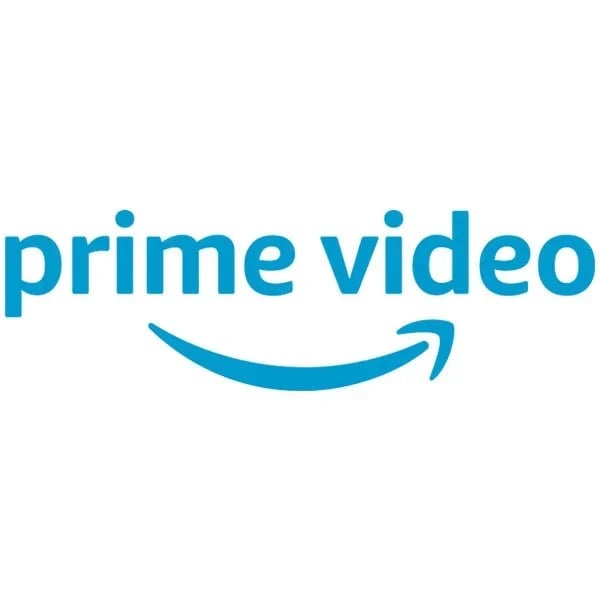 It is the early hours of November 1, 1988 and four 12-year-old girls are up before the sun, delivering newspapers to the houses around their town.

It's a pretty standard job for tweens looking to earn some extra money or help out their families. Most of the time, it's routine. Mundane, even.

That is until this particular morning, when the girls - Erin, Mac, Tiffany and KJ - team up to avoid harassment from some local boys and inadvertently find themselves caught in the crossfire between two groups of very strange, very futuristic looking people.

They definitely didn't factor in running into warring time-travellers and being transported into the future when they got out of bed that morning.

Now stuck in 2019, the girls must figure out how to get themselves back home to the past, while coming face-to-face with their future selves and being hunted by a militant faction of time-travellers known as the Old Watch, who have outlawed time travel so that they can stay in power.

That is the premise of Prime Video's new original TV series Paper Girls, a sci-fi, coming-of-age drama based on the best-selling graphic novels written by Brian K. Vaughan.

Here's everything you need to know about the series before you delve into the world of Paper Girls.

Paper Girls is based on a critically acclaimed, award-winning comic series. 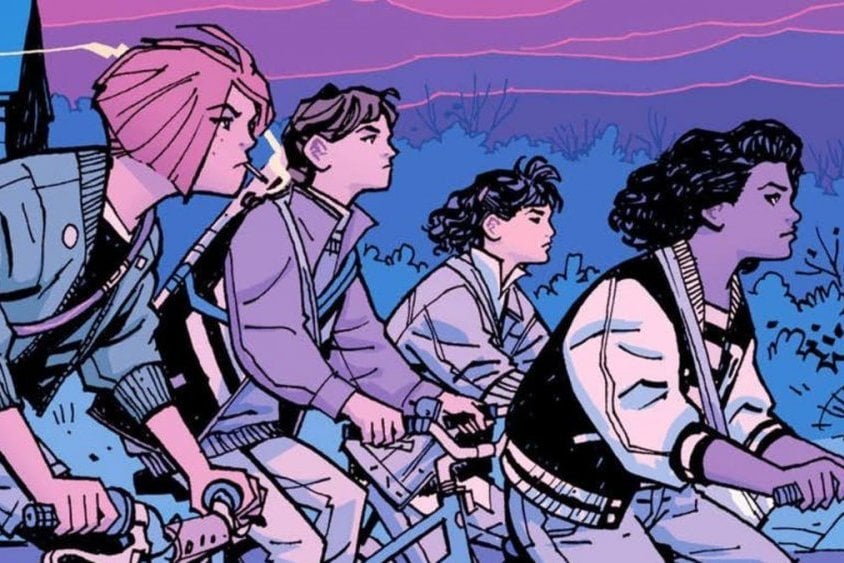 It won Best New Series at the 2016 Eisner Awards - the comic industry's equivalent to the Oscars - and has also won Best Penciller/Inker, Best Writer and Best Colourist in its time.

Paper Girls is a female-led adventure featuring an incredible cast, including Ali Wong. 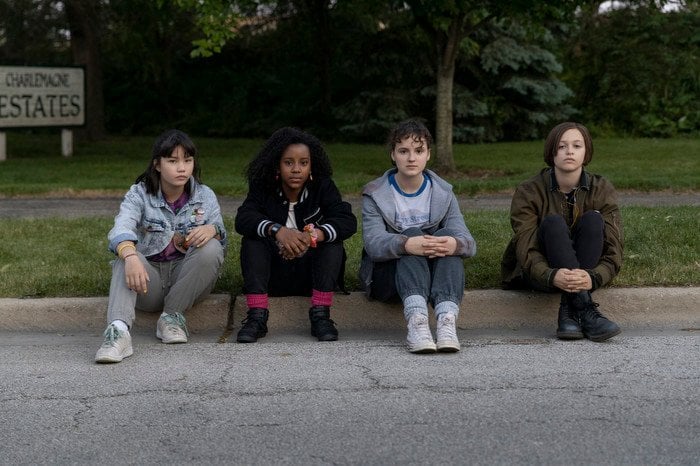 The Paper Girls story follows four girls who must work together and summon an incredible amount of strength to save not only themselves, but humanity.

These are huge roles to fill, but following an opening casting call four perfect paper girls were found:

Fina Strazza plays KJ Brandmank, a private-school girl who works the paper run to feel free, and Riley Lai Nelet rounds out the group as Erin Tieng, the newcomer to the job who is on her first paper run when the girls end up in 2019.

Each of the actors are perfect in their roles as girls who find themselves in the most unusual of circumstances. The characters manage to be inspiring, likeable heros while maintaining their youthful fun and naivety.

From the cynicism of Rosinsky's Mac to the quiet determination of Nelet's Erin, the leading roles in Paper Girls will soon have these young actors on everyone's radar.

Rounding out the main cast is comedian Ali Wong as adult Erin. She comes face-to-face with her younger self when the four girls turn up at her house, and quickly becomes embroiled in their mission to get home to 1988. 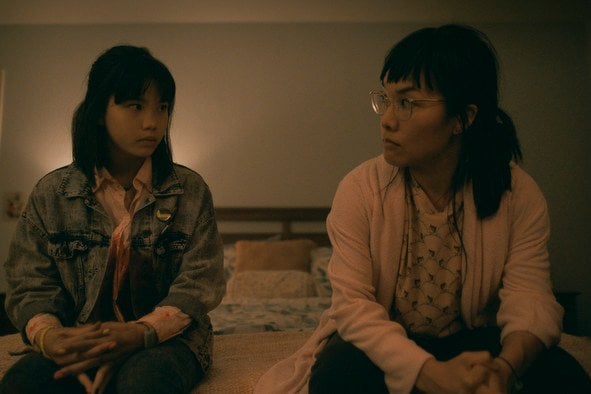 Wong is a revelation in this role, bouncing her humour of her younger cast mates, and employing some pretty great physical comedy as a... pilot, of sorts.

It's a celebratory, representative coming-of-age story.

Paper Girls is at its core a positive story of female friendship and support, and this is evident from the opening moments, when the four paper girls team up to stay safe while doing their jobs.

They're just typical tweens, with interests in sports, games and... rebellion. 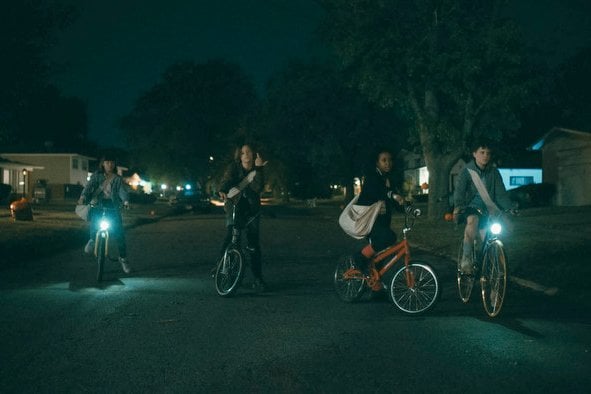 The comic series garnered a large Queer following, and there are plenty of nods to that support in the series.

Paper Girls tackles classism, ageism and homophobia head on, featuring Black, Asian, Jewish and Queer characters who are dealing with everything that comes with discovering themselves and growing up... plus coming face-to-face with their future selves, and having the fate of the world in their hands.

Though the characters are all very different, they ultimately must respect and work together to survive.

It's complicated, but the paper girls approach it with inspiring gusto.

Paper Girls sci-fi element is like nothing you've ever seen before.

The story of four girls from different walks of life who come together each morning to keep eachother safe while delivering their newspapers is interesting on its own, right?

But add in time-travel, a war spanning millennials and meeting their future selves, and you've got yourself a damn good story.

As the group work to get back to their homes in 1988, they learn they are being hunted by a militant faction of time-travellers known as the Old Watch, who have outlawed time travel so that they can stay in power.

Throughout the story, the girls must avoid being caught by the Old Watch, work out how to time travel themselves and attempt to save the world.

It makes for many tense, high stakes moments.

The series is a perfect ode to the '80s. 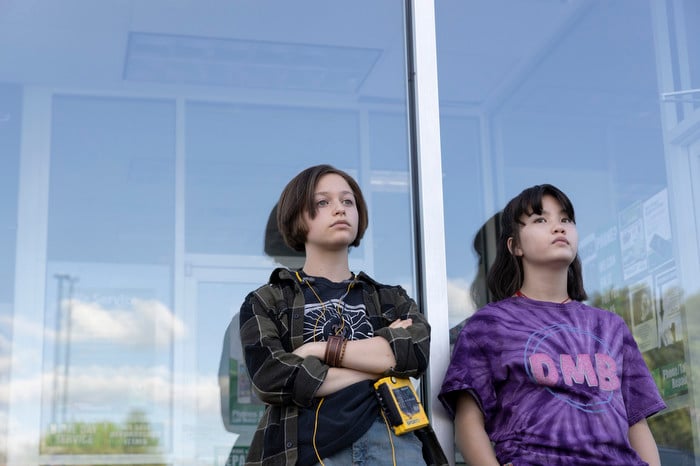 The '80s are having a real moment, aren't they?

Paper Girls leans into the decade in the best way, through some incredible fashion moments and of course, an epic soundtrack. Oh, and watching the girls react to the technology they find in 2019 will give you a laugh.

But it also isn't afraid to critique the time, where casual racism, homophobia and bullying were commonplace. Paper Girls addresses these issues head on, offering a more rounded, accurate depiction of the 80s.

Because of the whole time travel thing, there's something a little nostalgic for everyone.

Paper Girls is now streaming on Prime Video. Sign up for a 30-day free trial.