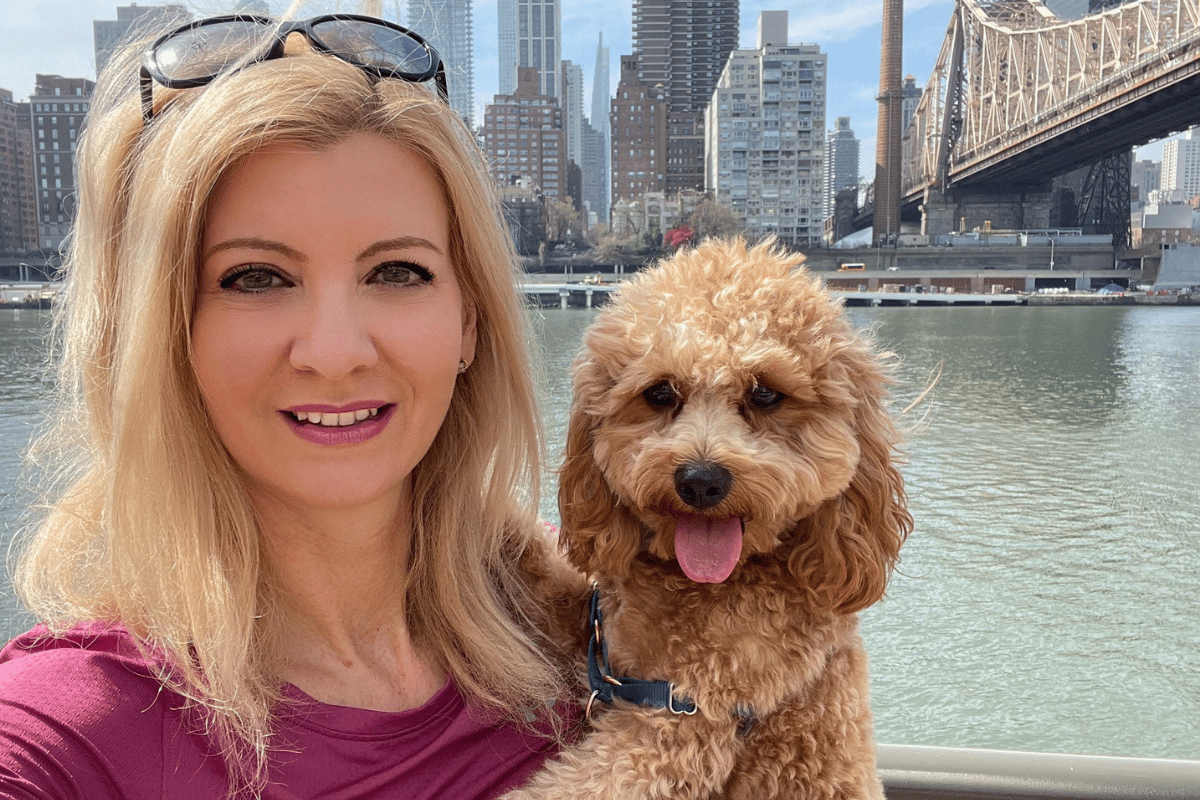 Orsolya Gaal, a 51-year-old married mother of two boys, was a keen hiker and skier.

But sadly her life was cut short when her body was found dumped inside a duffel bag in Forest Hills in the borough of Queens, New York City on April 16.

The case has garnered significant media attention given the severity of the crime - not to mention the twists and turns that have occurred since. Because in the early days of the investigation, police revealed that Orsolya's son and husband were considered suspects in her murder.

But this week, police arrested and charged a separate man with the murder.

On April 15, Orsolya had reportedly attended a live music performance at the Lincoln Centre with a female friend. After the concert, she visited a local bar in her neighbourhood alone before returning home.

"She had come back from a concert, seeing her favorite composer," the manager of the local bar told CBS2. "She was delighted at that. She was elated that she saw this composer live. She was very into the arts and music. A very classy woman. Very sweet. Orsolya was here on Friday [night] around 11:45pm to 12:30am. She came in alone she left alone."

CCTV showing Orsolya at the bar has been passed on to investigators. Just after midnight, she then went home.

It is when she arrived home that police allege she was killed.

An autopsy found that Orsolya was stabbed 58 times in the neck and torso, and suffered defensive wounds to her arm, fingers and palms.

Her body was found inside a duffel bag the following morning around 8am near a popular walking path in her neighbourhood. The bag was found by a local man walking his dog.

The man, Van Nostrand, thought the wheeled duffel bag had simply been discarded. But his two Rhodesian ridgebacks became so agitated as they neared it that he decided to look inside.

"They are scent hounds," Van Nostrand told The Post. "They see the world through their noses. I thought, 'oh, my goodness,' and called police at 8:05am and said there's a body in this bag'. It's shocking. My personal feeling is a broken heart for whoever this is. My heart was in my throat the entire time."

Crime scene tape and a cop car sit outside the Queens home of 51-year-old Orsolya Gaal. Gaal’s body was found stuffed inside a duffel bag a few blocks from her home. The latest on the investigation at noon @NY1 pic.twitter.com/oiqgJ6zq6g

The body of Orsolya Gaal, 51, was found in a neighborhood not far from her home in NYC. https://t.co/DqwKWqf7vc

Orsolya's youngest son - aged 13 - was seen being taken away in handcuffs shortly after Orsolya's body was found, as he was home when police knocked on the door.

Orsolya's older son aged 17 and her husband were both in Oregon when the incident happened, apparently on a college visit. Originally, the New York Police Department (NYPD) said the husband and sons were potential suspects in the case, labelling them "persons of interest".

But it was Orsolya's phone and message records that helped find the alleged killer. And it led to the family's handyman.

According to the NYPD, Orsolya and the handyman - 44-year-old David Bonola - had been in an on-again / off-again affair for over two years. It was a "heated argument" about ending the relationship that led to Bonola allegedly stabbing Orsolya to death in her home's basement.

Orsolya's youngest son was home at the time, but it is yet unclear if he heard the argument or killing, given it took place in the basement. 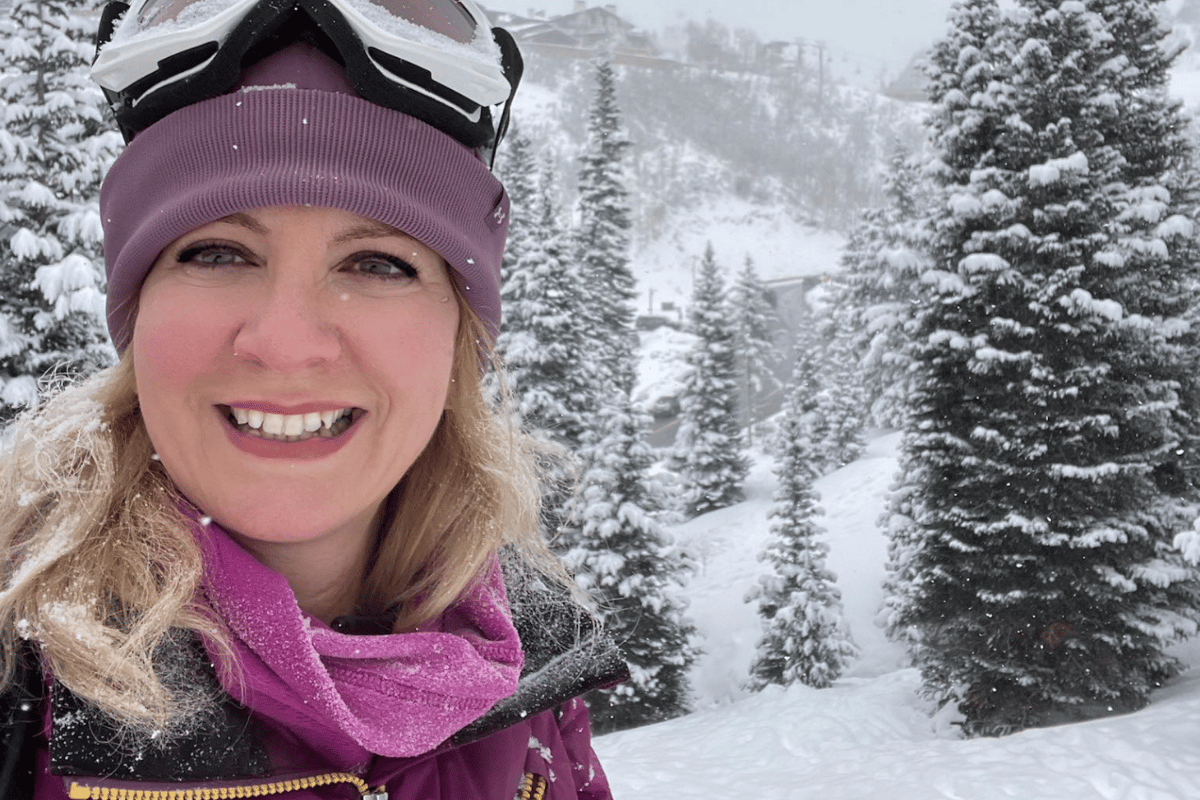 Image: Facebook.Bonola allegedly placed Orsolya's body into her son's hockey equipment bag and rolled it nine blocks, where it was left to be discovered on the popular walking track.

But little did Bonola know there were multiple street CCTV cameras along the path he took, which allegedly show him dragging the duffle bag in the middle of the night.

A jacket, pair of boots, a shirt and bloodied bandages believed to belong to Bonola were then found in the nearby Forest Park.

44 year old David Bonola is walked out of the @NYPD112Pct after being charged with the murder of 51 YO mom of 2 Orsolya Gaal. Police say Bonola had an on again, off again romantic relationship with Gaal for the last two years. He was hired as a handyman to work on her home. @NY1 pic.twitter.com/HTGo51dlud

Police sources also suggest that Bonola showed up Orsolya's house without her knowledge, allegedly using a hidden spare key, as there were no signs of forced entry.

Bonola had no prior arrests against his name, but police said he was living in New York in violation of immigration law. He was also treated for wounds to his hands at a New York hospital, which authorities revealed are in connection to the case.

The knife in question is also with investigators.

Bonola has since confessed to the crime, with a senior NYPD officer telling The Daily Beast that Bonola said he became "jealous" when he discovered that Orsolya had been texting another man. Bonola claimed he had seen text messages between Orsolya and another man and so he went to her home to confront her when she returned from the music event.

A judge ordered Bonola to be held without bond after confessing to the brutal crime. Bonola has access to Queens Defenders, a non-profit organisation which is providing him with free legal representation given his immigration status and financial position in order for a fair trial to occur.

No member of Orsolya's family is now suspected of involvement in the murder.

Loved ones of the mum have paid tribute, saying their thoughts are with her and her family.

One friend wrote on Facebook - "I'll always remember how passionate you were about your boys and their education. I'm so sorry about how you left this world but I hope you find peace. Your boys are so lucky to have you as a mum. RIP."

Another said - "We've been friends for 15 years. Sharing our boys' journeys together. It's so hard to fathom this... We were on the phone together just days ago speaking about colleges. My heart is broken."

As Queens District Attorney Melinda Katz said in a statement, Orsolya's sons are struggling with the loss of their mum.

"Two boys are left without a mother and a young teenager faces the added trauma of being home when this heinous murder took place. The defendant is now in custody and will be held to account for this horrific crime."