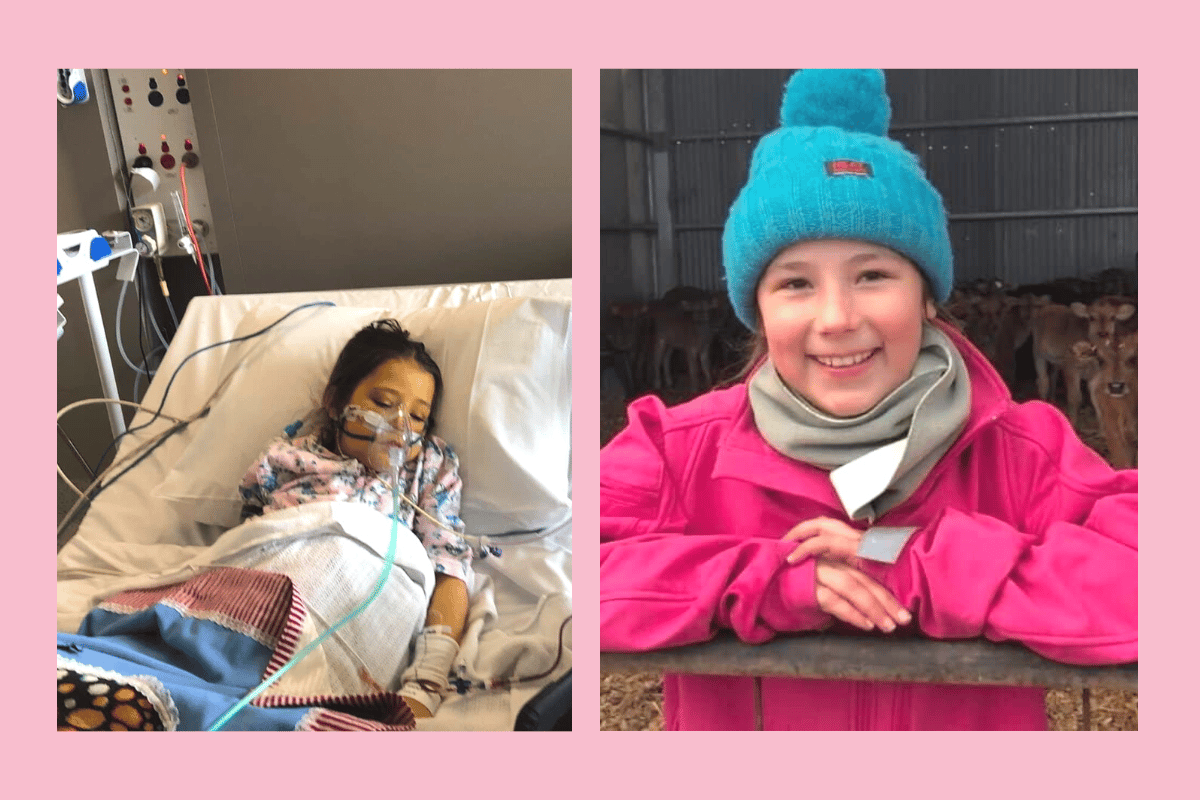 When Natasha Wagner was on a trip in India, she received a message that would stop her in her tracks.

It was from one of her seven kids saying Natasha's youngest child, six-year-old daughter Evie, was looking really unwell.

"I received the message saying 'Mum, Evie's yellow. Her eyes are yellow.' I went cold, and messaged back saying to take her to the doctor or hospital straightaway. I knew something was definitely wrong," Natasha told Mamamia.

At the hospital, doctors said Evie had only 48 hours left to live given the state she was in.

There had been small 'clues' suggesting Evie wasn't 100 per cent well in the lead up to the hospital trip. Of course, hindsight is a wonderful thing.

She had experienced a few nosebleeds that went for at least 10 minutes each time. Doctors hadn't been concerned about them when Natasha had inquired. But then Evie started to go off her food. She was more sleepy than normal. And perhaps most startingly, her stomach was completely swollen, mimicking that of a heavily pregnant woman.

So when Evie's skin and eyes began to turn yellow - a sign of jaundice - Natasha knew things were serious.

When Evie arrived at hospital, Natasha was busy making plans to get back to Australia. It was five days before she was able to get home. 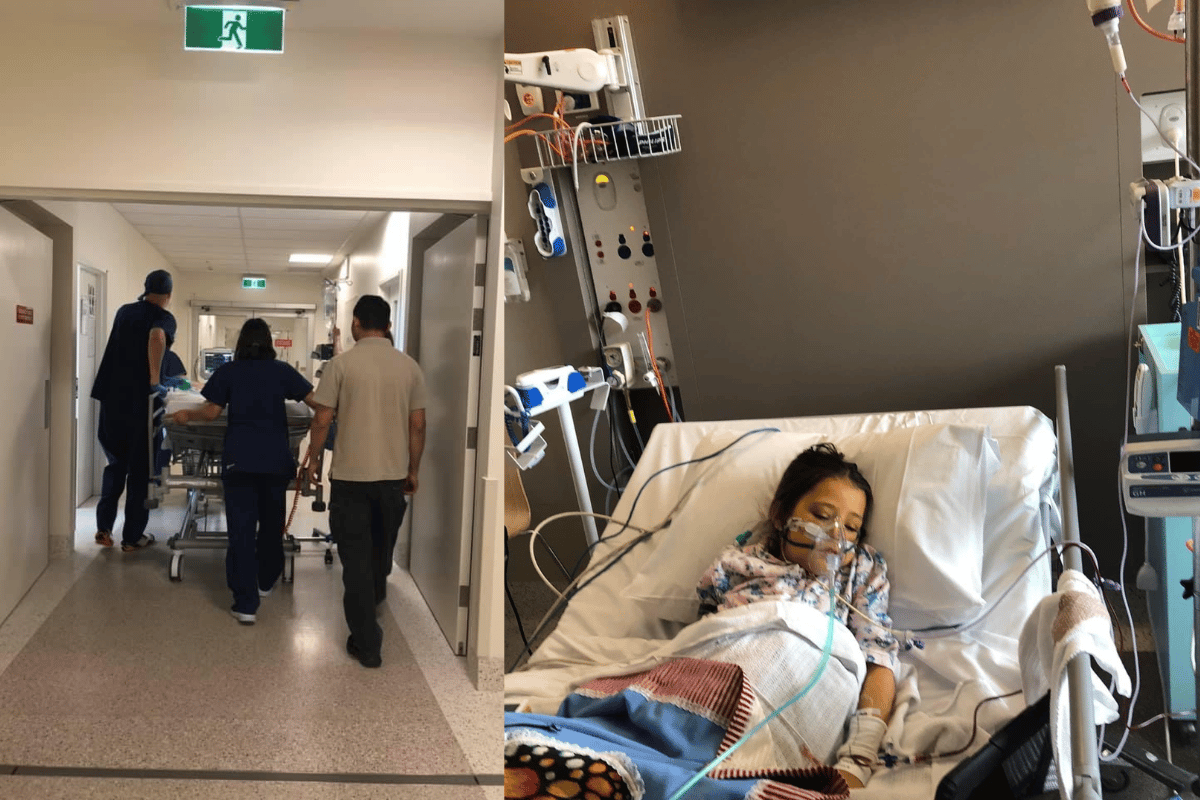 Evie in hospital and being wheeled to receive her transplant. Image: Supplied.

For the next few days, doctors tried to figure out what Evie was sick with. Eventually they put it down to an un-diagnosed genetic condition, Wilson's disease. But it wasn't until Evie had a liver biopsy that the medical professionals had a better idea of what they were working with.

"By this point she was intubated and in the ICU. She had the biopsy on Thursday, and by the following Tuesday, she was being wheeled into theatre for a liver transplant. It was just mind blowing - so much to take in as a parent," Natasha said.

"Amid all this, more towards the start of her hospital stay, Evie was trying to be brave - 'there's nothing wrong with me, I'm ready to go home', she said. But she looked like an Oompa Loompa with her skin colour. Her liver and kidneys were failing, and very soon, she started to decline rapidly. She was no longer asking to go home."

Finding a liver for Evie was extremely lucky. As doctors told Natasha, her daughter had won the transplant lottery, given they found a viable one for her so quickly. And thank goodness they were able to, considering the grim prognosis.

Watch: Megan McLoughlin, advocate for organ donation, on the second chance of life a transplant brings. Post continues below.

Of course, there were still complexities surrounding the transplant liver. Mainly because, it understandably belonged to someone who no longer required it. Someone who had passed away.

"Her liver came from a man in his 40s who had passed away from an aggressive brain tumour. The surgeon did warn us that there is a one in 1000 chance that Evie could one day develop the same brain tumour, as a result of the organ donation. My husband and I talked, consulted with my niece who is a doctor, and knew the decision we had to make," Natasha said.

The options were life or death.

"Everyone advised us to take the liver. At the time, I was yet unaware that she was on death's doorstep. I'm a registered nurse but I was struggling to mentally grasp what was happening at the time. They didn't tell me how close she was to death until after the transplant and when she was out of ICU and back on the main ward.

"The doctor simply turned around in his swivel chair and said to me 'you know she only had 24 to 48 hours to live if she didn't receive that transplant?' I had to pick my jaw off the floor."

It's hard for Natasha to put into words how grateful she is to that man who while dying, decided to donate his organs. Because from that decision, he has saved many lives, including little Evie's. 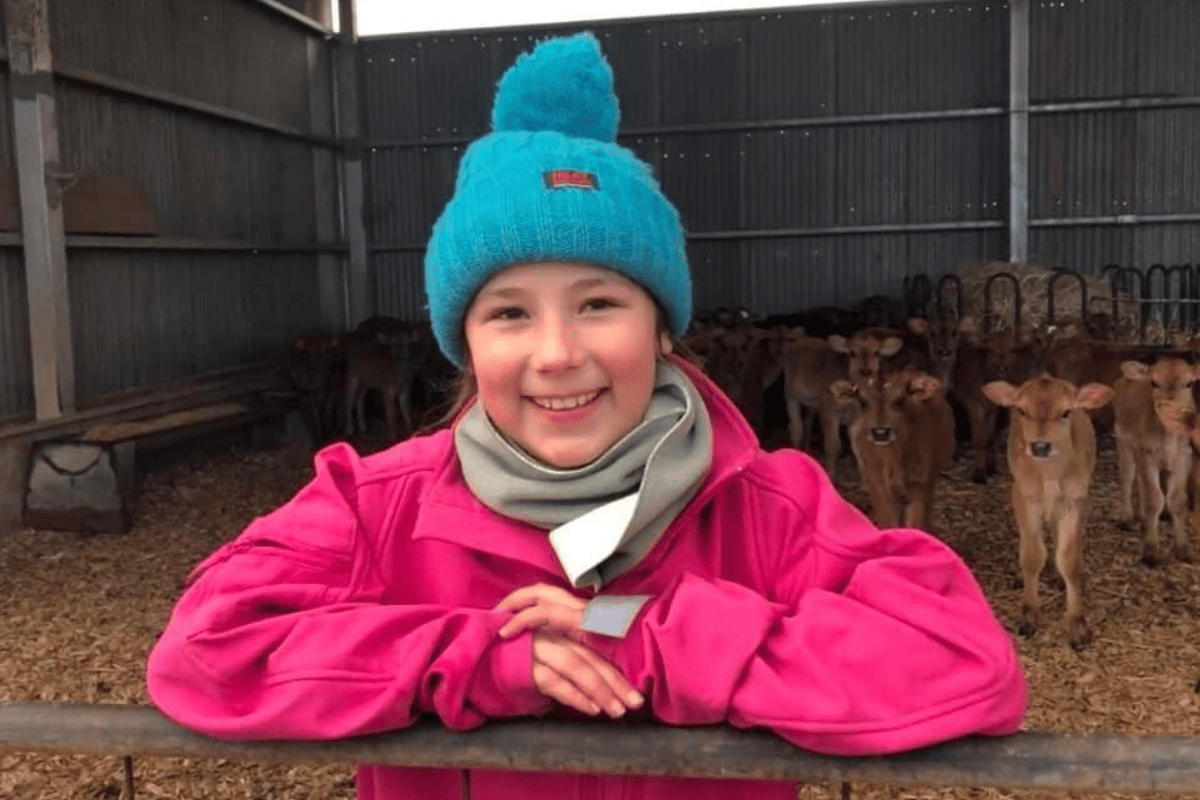 "There is a level of sadness that comes with this too - for that man who lost his life. It makes me sad that for Evie to have a gift like that, someone else had to experience the loss of their loved one," Natasha said.

In Australia, organ donation is essentially an anonymous act - Natasha and Evie know little about this man, other than his age and how he died. They wish they knew more.

"I would love to know all about him. His family, the life he had, what his favourite food was, his favourite colour - that sort of stuff. Just to know the person who gave my daughter a second chance," she said.

There is the option of anonymous letters - donor families and those who have received a transplant can write one to each other. Natasha says it's something she has thought about doing for so long now.

"I reckon I've written a mental letter to that man and his family every second day. But it's putting those words to a piece of paper and then having it scrutinised (letters are looked over by the hospital the transplant was conducted at and also DonateLife for confidentiality reasons). It's something incredibly personal, so I don't think I'm ready yet to write one," Natasha explained.

"How do I even write a letter and find the words to say thank you. I mean, 'thank you' just doesn't seem like enough. It was a gift that gave her a future."

Today, Evie is nine. And thriving.

She takes an anti-rejection drug for her new liver each day, she loves going to school, spending time her with siblings and adores playing on her family's dairy farm in Victoria. 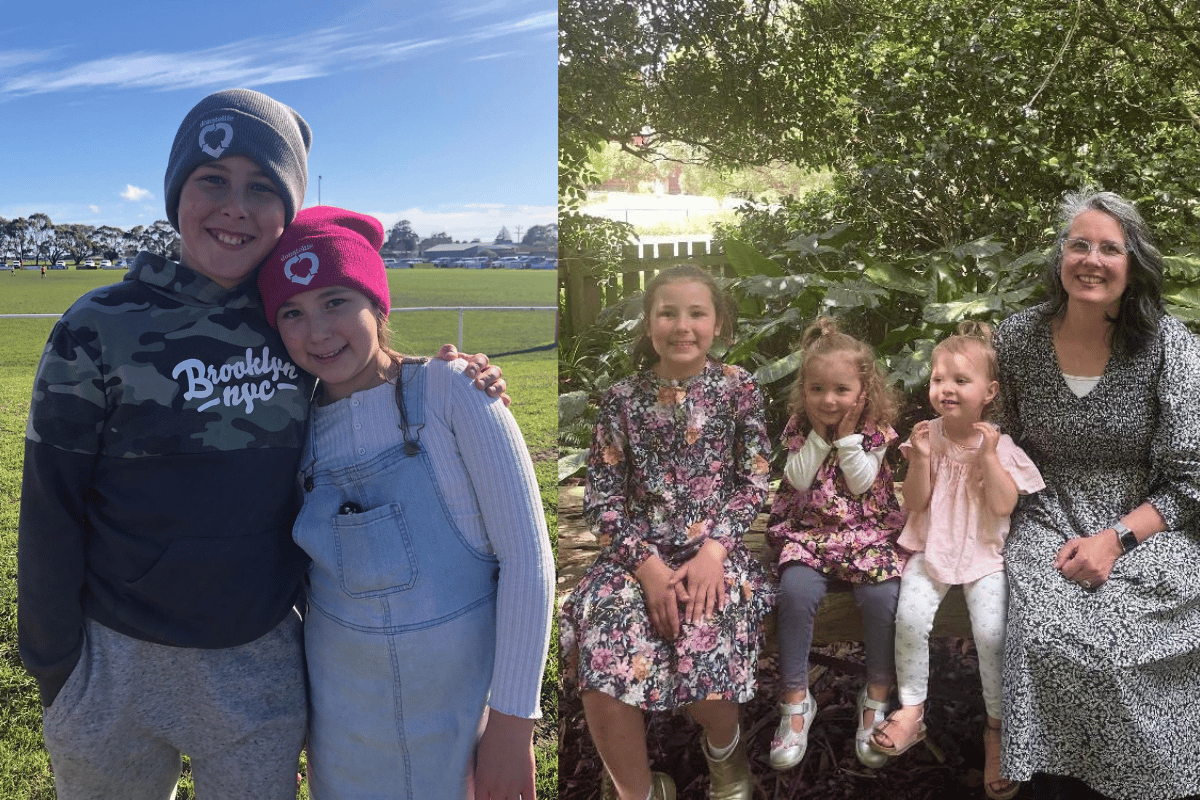 "She knows how lucky she is. She often says 'I'm special because I have a new liver'. She's also very pro organ donation and DonateLife too! She's come with me to information nights on volunteering for DonateLife, she's worked the stands at the Melbourne Show and Geelong Show, telling attendees her story and getting them to sign up to be an organ donor."

Before Evie's transplant, Natasha had never really thought much about organ donation. If anything, the subject had made her uncomfortable. But when you experience something as major as what her family has, it can change everything - including your viewpoint.

Currently in Australia, organ donation is opt-in, rather than opt-out - meaning it takes one minute for you to go online, fill out a short form and become a registered organ donor - guaranteeing you will save a life.

"Myself and my kids are all now registered donors. I would love for us to be having more conversations about organ donation - tell your colleagues, your family, your friends. When you die, those organs will save someone else's life, meaning your legacy lives on. I will forever be grateful to that man for saving Evie's life. It's a gift."

It only takes one minute to sign up at donatelife.gov.au or just three taps in your Medicare app.