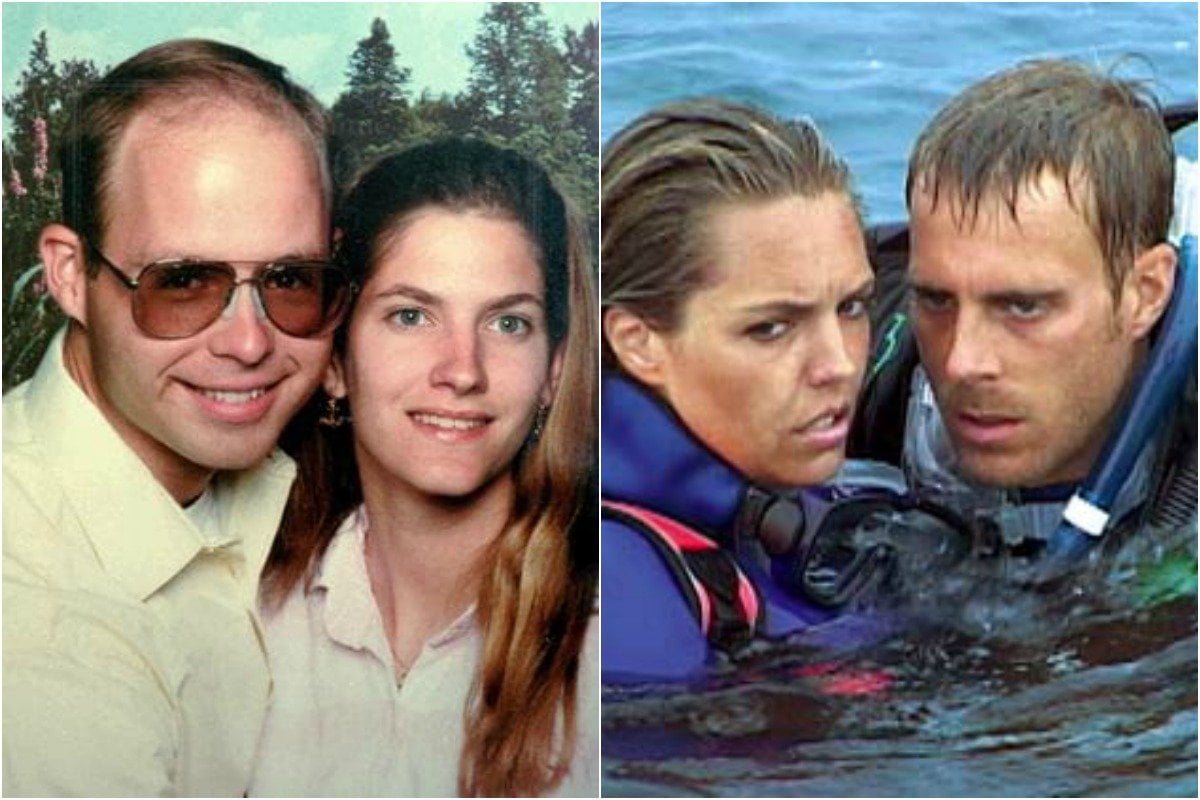 On January 25, 1998, American tourists Tom and Eileen Lonergan boarded a dive boat in Queensland for a day out exploring the Great Barrier Reef.

The married couple from Baton Rouge, Louisiana, had stopped off in Australia on their way home from Fiji and Tuvalu, where they had been serving in the Peace Corps for three years.

Eileen, 28, was an experienced scuba diver, and had encouraged Tom, 34, to take up the hobby as well.

They were excited to dive the world's largest coral reef system.

WATCH: The trailer for Open Water.

Outer Edge had 26 passengers on board that day, and the boat's skipper Geoffrey Nairn took them 60km off the coast for their adventure in the Coral Sea.

After three dives at St. Crispin Reef, the boat's crew conducted a head count of passengers onboard the vessel, before heading back to the mainland.

Two days later, on January 27, a bag containing the passports and belongings of Tom and Eileen was found on the dive boat.

It can only be surmised that the young couple would have resurfaced from their final 3pm dive, after being underwater for less than an hour, to find the boat that had brought them there was gone.

48 hours after the couple went missing, a wide scale air and sea search was quickly organised, with everyone from Navy to civilians taking part.

But the couple - who would have been faced with the Queensland summer heat, no fresh water, and the depths and dangers of the open ocean - were never found. 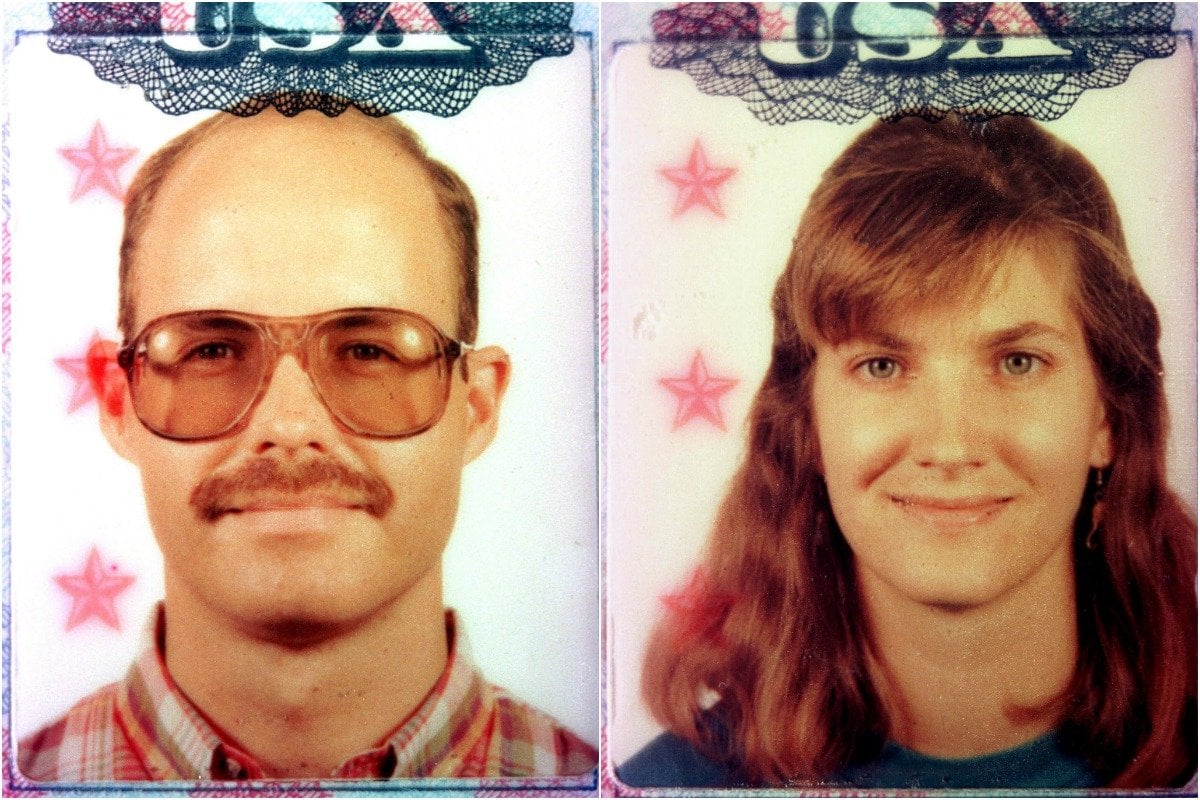 The passports of Eileen and Tom were found on the dive boat two days after they were left behind. Image: QLD Police/AAP.

We know they at least survived one day.

In February, a month after they were abandoned, a wetsuit in Eileen's size washed up on the northern Queensland shore. It had tears on the bottom and armpit, which experts said would have been caused by coral.

The Guardian reported a few years later, that scientists had worked out from the barnacle growth on the zip, that it had been lost on January 26.

Over the next few weeks, the couple's dive jackets, their tanks, and one of Eileen's fins also washed up. None of them showed damage that suggested their lives had come to a violent end.

Conspiracy theories ranging from the Lonergans faking their own deaths, to murder-suicide, to a suicide pact, were discussed in the weeks and months following the tragedy. Both Tom and Eileen had kept personal journals, which were discovered among their belongings in their hostel, the contents of which were disturbing.

"Like a student who has finished an exam I feel that my life is complete and I am ready to die. As far as I can tell, from here my life can only get worse. It has peaked and it's all downhill from here until my funeral," wrote Tom six months before the diving expedition.

In Eileen's diary, an entry was found from January 9, 1998, that read: "Tom hopes to die a quick and painly [sic] death, and he hopes it happens soon. Tom's not suicidal, but he's got a death wish that could lead him to what he desires and I could get caught in that."

Both spoke about not enjoying their jobs, and Eileen spoke about how "our lives are so entwined now we are hardly two individuals. Where we are now goes beyond dependence, beyond love."

But an investigation later ruled that the American couple had died at sea in a tragic accident after a mistake during the headcount onboard their vessel.

Coroner Noel Nunan found the couple died either from exposure, drowning, or a shark attack.

The boat's skipper Geoffrey Nairn was charged with manslaughter, but was found not guilty by a jury. His company, Outer Edge, pleaded guilty to negligence and went out of business. 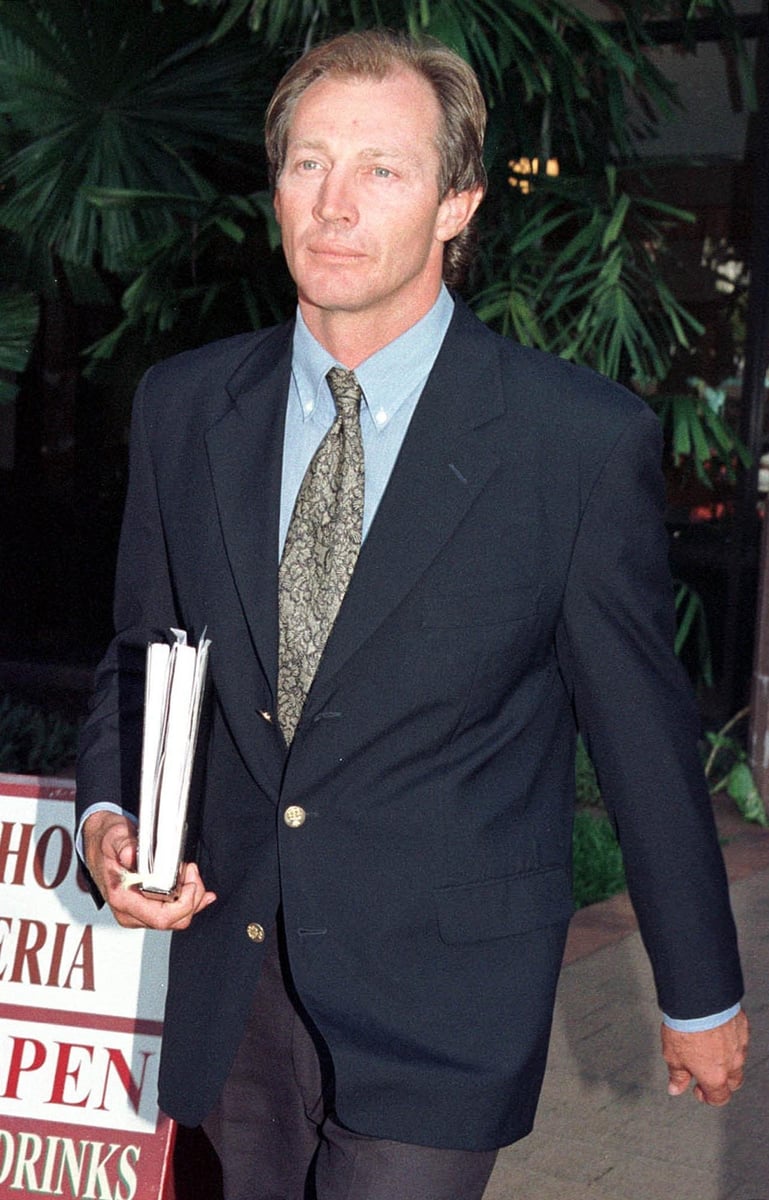 Outer Edge skipper Geoffrey Nairn was charged with manslaughter, but a jury found him not guilty. Image: AP Photo/Brian Cassey/AAP.

The Queensland government also introduced strict new regulations to the state's dive industry a year after the disappearance requiring things like mandatory counts, and a lookout who remained on the boat during dives.

In 2018, Association of Marine Park Tourism Operators chief executive Col McKenzie, told the Cairns Post it was a "watershed moment" for the industry, which has since grown to be a world leader in diver safety.

Just five years after the tragedy, American survival thriller film Open Water was released, inspired by the Lonergans' story. It reopened a lot of wounds for not just the families, but for the dive industry in Queensland.

The film, starring Blanchard Ryan and Daniel Travis, was about an American couple who went scuba diving while on holiday, only to find themselves stranded at sea in shark infested waters. Daniel is eventually killed by a shark and Susan removes her scuba gear and goes underwater to drown before the sharks can attack. 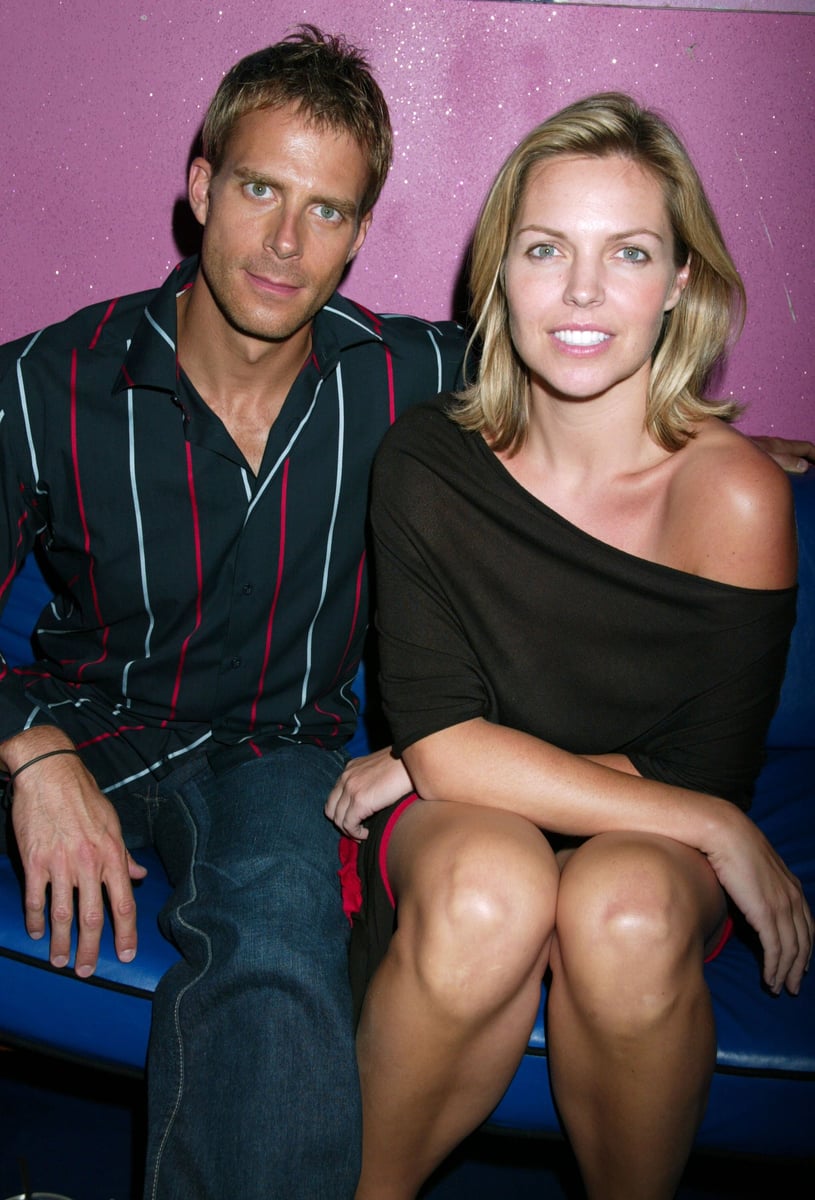 It won best thriller at the Golden Trailer Awards, and Blanchard won Best Actress for her performance at the Saturn Awards.

In 2018, Eileen's mother Kathy Hains told the Courier Mail, on the 20th anniversary year of the Lonergans' disappearance, that she held no ill will towards Australia.

The family also feel nothing but sympathy towards Skipper Nairn, who passed away in 2015, and believe it was the right decision that he wasn't prosecuted over the tragedy.