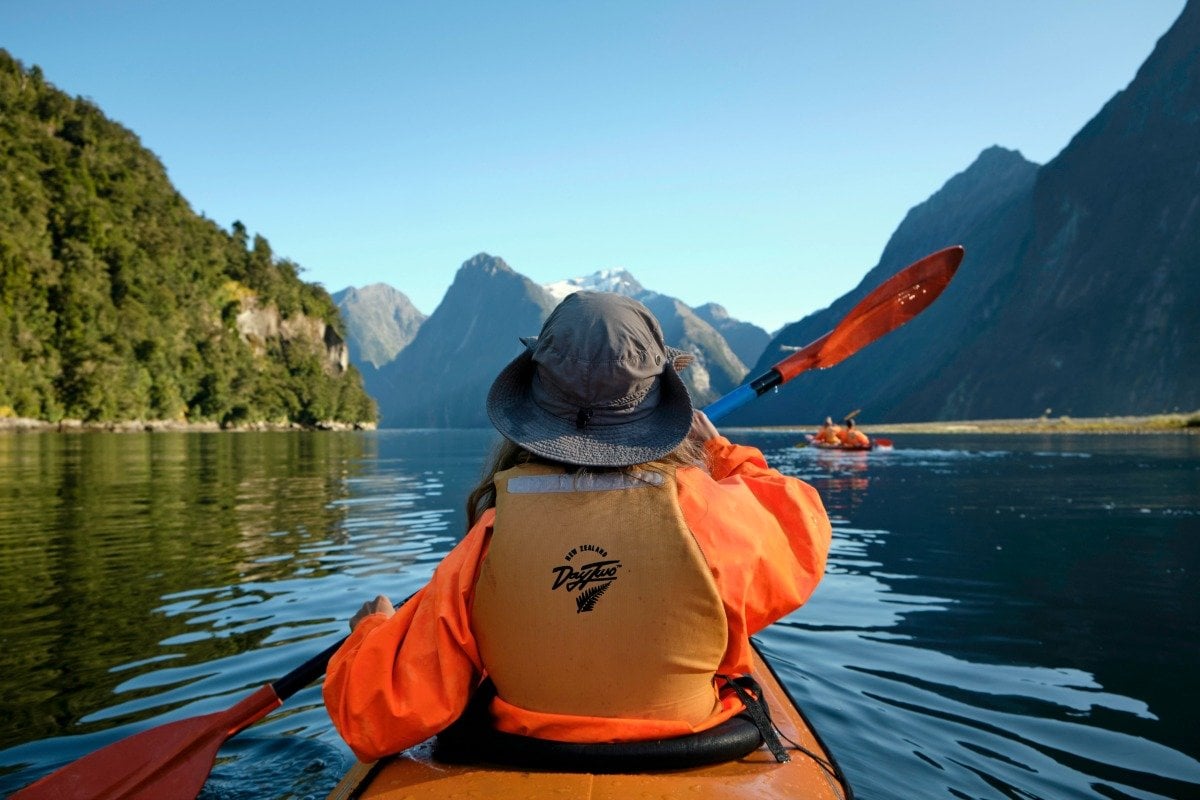 Between state borders slowly reopening, and the occasional tease or suggestion of a bend to the hard international border, it's tough to keep up with Australia's COVID-19 travel rules.

Every state and territory except Western Australia has agreed in principle to open their borders and economies by Christmas unless there's another disaster like what we're getting to the tail end of in Victoria.

PSA: In light of our current low numbers, it's about time to say a huge thank you to masks.

But internationally, the situation is more dire. Australia's borders have been closed to non-residents since March and we haven't even had a taste of freedom yet.

As of October 2020, here's what we know about when we'll be able to leave Australia and where we'll be travelling to first.

A 'trans-Tasman bubble' is an idea that has been floating around for months now, first discussed as a future prospect by Deputy Prime Minister of New Zealand and Minister of Foreign Affairs Winston Peters on April 15.

It was then officially discussed by the two countries in May, but Victoria's second wave quickly put a halt to any plans.

Currently, New Zealand is allowing only Kiwi citizens and Australians who normally live in NZ, with limited exemptions for humanitarian or economic reasons, to enter. Like Australia, it is also mandating a 14-day quarantine for new arrivals.

On Friday, Prime Minister Scott Morrison confirmed a deal with his New Zealand counterpart Jacinda Ardern, paving the way for flights to reopen from October 16.

#BREAKING: Australia has finalised a deal for a limited travel bubble between New Zealand, New South Wales, and the Northern Territory, with flights across the Tasman expected to resume in a fortnight, the Australian government has announced.https://t.co/iQ4zcuq3vI

The travel bubble however, will initially only allow Kiwis to fly across the Tasman into New South Wales and the Northern Territory.

"This is the first stage in what we hope to see as a trans-Tasman bubble between the countries," Deputy Prime Minister Michael McCormack said.

Ardern said earlier on Friday Australia's plans to open its borders to Kiwis might be “their prerogative”, but New Zealand was still not ready for quarantine-free travel from Australia.

“I want New Zealanders to keep in mind that even if Australia [opens up its borders for New Zealanders], that doesn’t mean they won’t have to go into quarantine on return. In fact, at this stage they will,” she said during a press conference on Friday.

Only four days ago, Prime Minister Ardern told the Today Show that Australia needs to work out its definition of a 'hotspot' before further discussions can be had about actually implementing the plan.

She reiterated that Australia's position used to be a 'whole of Australia' approach, but "they [Australia] moved on their previous plans."

"There's a bit of work to be done, but we do want to make it work," she told the program.

The prospect of Australians travelling to New Zealand, however, is further away.

Morrison said on Thursday South Australia and NSW would be the first to be allowed to travel to New Zealand, because they had already removed domestic borders.

According to a tourism task force timeline seen by The Australian, it is expected Australians will be able to travel to New Zealand without needing to quarantine in January or February.

Singapore is allowing Australian travellers - except for Victorians - into the city-state from October 8, subject to a COVID-19 test upon arrival.

But Australians are not allowed to travel overseas without an exemption from the Department of Home Affairs, and would still have to foot the bill for 14 days of hotel quarantine after returning.

Singapore's Transport Minister Ong Ye Kung said in a Facebook post on Thursday he had spoken with his Australian counterpart, Michael McCormack, about the lifted borders.

"I spoke to Mr Michael McCormack ... (and his Vietnamese counterpart) earlier today. They were appreciative of Singapore's decision and when conditions are right, I believe they will consider reciprocating the lifting of restrictions to travellers from Singapore," he said.

A month ago, Singapore lifted its border restrictions to allow visitors from Brunei and New Zealand. Since then 136 visitors have entered Singapore, all of whom have tested negative upon arrival.

"As further opportunities with other nations arise, we will seek to pursue them in the same way as we are with New Zealand, guided by appropriate health advice," the spokesman said.

Japan, South Korea and the Pacific.

This week Prime Minister Scott Morrison alluded to some other potential "safe countries" that the government are considering for travel bubbles.

They include Japan, South Korea and the Pacific Islands, including Fiji and Vanuatu.

"I think home quarantine can play a role in the future and it’s something that is being considered by the AHPPC," he said at a press conference on Tuesday. 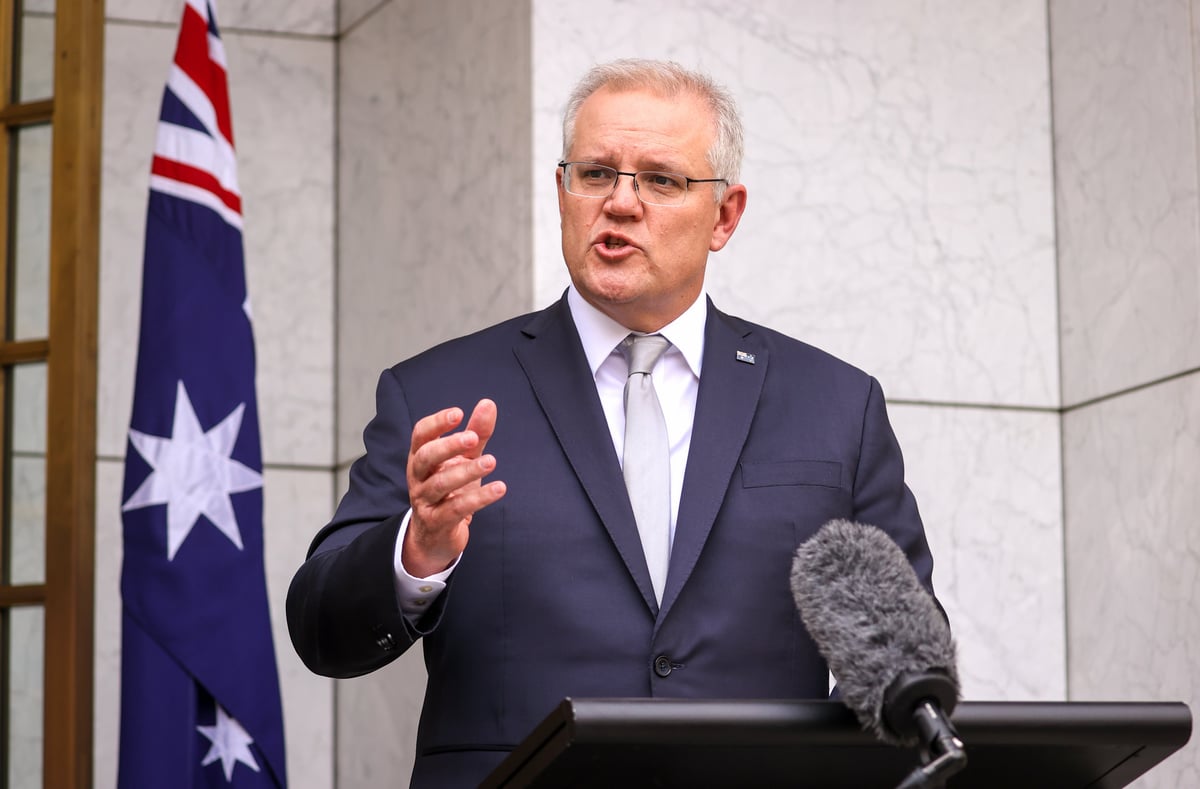 "Particularly as we... move beyond the phase we’re in now and we do look to see our borders open up at some point to safe locations. Whether it be New Zealand or parts of the Pacific or places like South Korea or Japan or countries that have had, I think, a much higher rate of success, then there are opportunities to look at those alternative methods," he continued.

The Pacific has always been up for discussion, with a study from ANU's Development Policy Centre in July finding six in ten Australians either agreed or strongly agreed with the idea of a bubble between Australia and Pacific countries in coming months.

Australia is reportedly on Japan's list of 10 countries it hopes to give priority to as early as this month, according to local news organisation Nikkei Asian Review. On October 1, Japan lifted its pandemic-related international travel restrictions to foreigners with approved long-stay visas.

Hawaii, like Singapore, has been playing with the idea of a travel bubble with the trans-Pacific, including Australia.

One option the country was considering in August was 'geo-fenced' hotels where tourists could move around the resort freely during their 14-day quarantine.

This seems like the most unlikely of the above short-term bubble options for Australia however, considering American tourists are still able to travel to and from the islands, although they are required to self-isolate for two weeks upon arrival.

The US remains one of the epicentres of the coronavirus pandemic.

According to a Travel Talk report, Israel, Indonesia and Greece have also recently proactively shown their interest in creating a bubble with Australia. Again, there's been no sign from our government of any interest in returning to these countries as of yet.