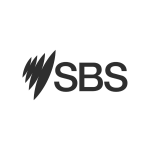 Today, there’s a photo being shared around Australian schools.

It’s an explicit photo of a young woman.

But it’s not just one photo. It’s a type of photo.

A photo no one else was meant to see. Of a girl.

It might be a selfie, exposing the normally hidden parts of her body, intended for one other person to see, to find beautiful, to respond to.

Regardless of the complexities of the photo’s origin, one thing is certain: it wasn’t meant to be public. And that’s why people can’t stop looking.

In August 2016, thousands of photos that had been hidden in the dark corners of classrooms and under the fingers of whispering groups of adolescent boys came to light.

Journalist Nina Funnell was told by a university student that there was a website. On it was an entire thread dedicated to sharing nude images of girls from her university.

Speaking to Mamamia, Funnell recalls clicking on the link, and it becoming “quickly apparent that it wasn’t just college students – it was high school students from all over the country”.

They were organised according to either high school or region, and she would later discover it featured students from 71 Australian high schools.

More than 2000 images had been shared by Australian users. There was a photo of a high school student performing oral sex, with her school's logo clearly visible on her blazer. A photo of a young girl exposed on her bed, lying on a doona that to Funnell, looked like it belonged to a child. Photos of vaginas, close up, and photos of girls in the shower, who didn't appear to know they were being watched.

Funnell says "in some cases, girls who had discovered their photos were on there were pleading with the men to take them down”.

The response, that came in the form of abusive comments from people whose identities they didn't know - but who now knew theirs - was swift and harsh.

"You have no one to blame but yourself."

Then, there were the names.

These were the individuals being ‘hunted’. That is, explicit images of them were being actively pursued.

"It was predatory, because they were discussing ways to coerce or trick teenage girls into sending nudes," Funnell says.

When Funnell discovered the website, she immediately reported it to police. But their response, she says, was to "put the onus of responsibility onto victims, rather than discuss the criminality of what had occurred".

At the time, a 16-year-old girl told Triple J's Hack that when she found a photo of herself on the website, and went to the police, she was told "that's what I get for taking them".

Sophie* was 15 when a ‘friend’ took graphic photos of her on his phone during a sex act.

"I didn’t know people had seen it for a few months," she says, and it wasn’t until a friend of a friend checked up on her that she learnt what had happened.

"I found out that almost his whole group had seen it, and as far as I believe, it had been shared around when they were at a party together," she says.

Sophie knew everyone was talking about her and laughing behind her back, and even her best friend told her she was "disappointed".

It got to the point where she was having panic attacks at school because she felt like anytime the boys looked at her, they were thinking about the photos.

Ten years later, Sophie says "it still makes me sick to my stomach".

Those photos were her first real sexual experience, and the violation of her privacy meant she couldn’t trust men for years afterwards. She’s only had one short relationship since she was 15, which she puts down to having a "tainted relationship with my sexuality".

Still, she feels like the teenager being laughed at, whose body, whose sexuality, isn’t her own.

It's been three years since Nina Funnell discovered thousands of explicit images of Australian girls. Three years since that particular website, and the truth it unearthed, became the topic of nationwide conversation.

It’s been 10 years since Sophie’s life was upended by a single photo.

But nothing has changed.

In Australian schools in 2019, the same photo is being shared in dark bedrooms and between entangled webs of teenagers. We're just not talking about it.

SBS' new four-part drama series The Hunting, which was inspired by instances of image-based abuse in Australia and around the world, explores what happens when two high school teachers discover explicit photos of their students online. Who should be told? Who is legally culpable? And what should be done?

The show raises questions about consent, responsibility, sexuality, gender and technology, and puts forward the complexity that arises when all these themes collide.

Premiering on Thursday, 1 August at 8.30pm on SBS and SBS On Demand, The Hunting will inevitably start the next nationwide conversation about young people and the photo they can't stop sharing.

It will also challenge us with the reality that when these crimes take place, it’s sexuality itself that we try to police.

The women who take the photos. The desire of young people to connect in an intimate way.

But teenagers have the same implicit curiosity as their parents, their teachers, and the rest of the adults around them. The adults who may have swiped to see what the photo was at the beginning of this story.

Perhaps it’s not the curiosity we should be trying to tackle, but the ethical responsibilities around that curiosity.

The only way that our mostly-male lawmakers, police and politicians will do something about this problem is if girls start sharing degrading nude photos of boys online. When boys' lives and futures are jeopardised, only then will our decision-makers feel empathy enough to act. The comments made by police in this article show we have made no progress as a society at all.

We need to be educating our boys about respect and the realities of being charged with sending pornography over the internet.