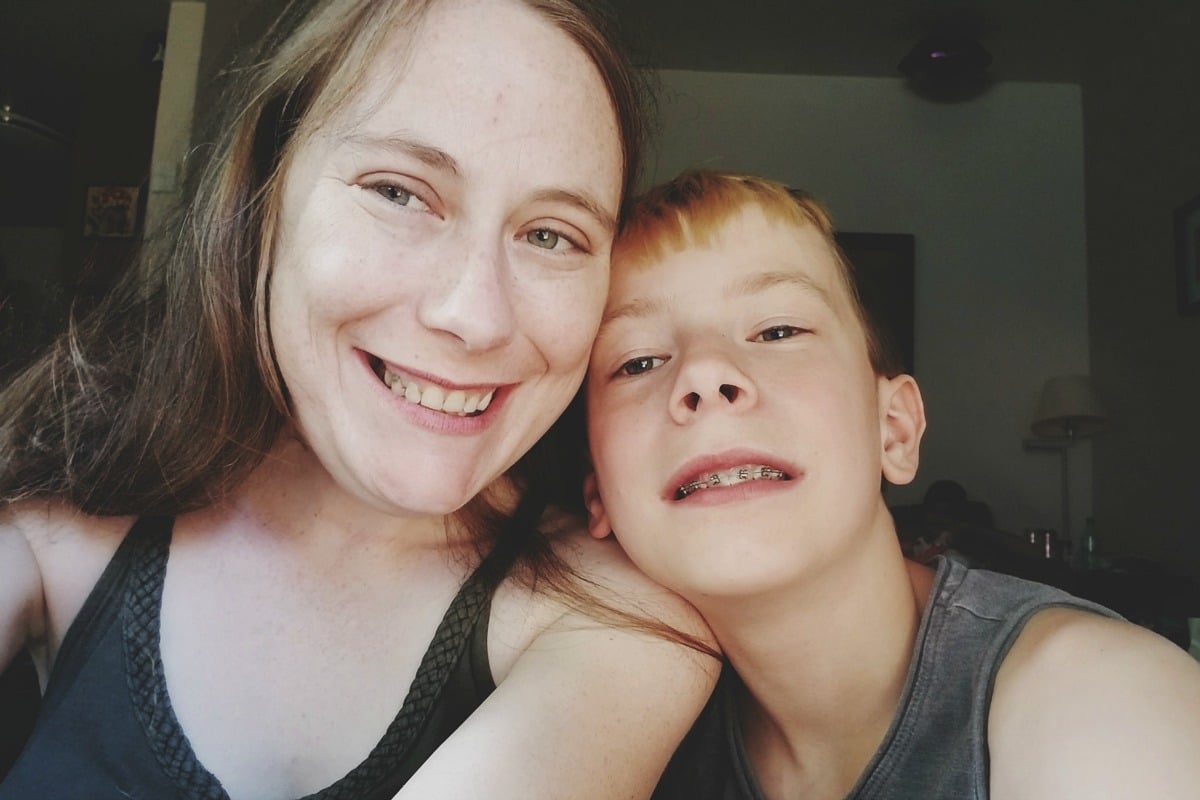 When I saw that actor, Owen Wilson ticked the no visitation rights box on a court document regarding his one-year-old daughter Lyla’s paternity petition, my own pain felt a little more intense.

Although I don’t know Lyla (and almost certainly never will), I know that this one simple tick of a box is not that simple at all. At least not for me.

Although my father never physically ticked ‘no visitation’ on a form, he showed it through his actions, or should I say, his lack of actions. He hasn’t visited me, spoken to me, interacted with me, supported me, cared for me or loved me.

He also showed it through an email he sent two years ago, where he deemed himself “too tired” to meet me after 32 years of absence and when he added insult to injury by saying that meeting me would be “too difficult” for him to arrange.

“Too difficult” and “too tired”, are poor excuses at the best of times for a perfectly abled and healthy person. But as excuses not to see your own child? It’s a level of disgracefulness that cannot even be put into words. The pain caused by it is immense.

My relationship with my father, apart from the first two years of my life, has been relatively non-existent. The history is complicated but, in the simplest terms, after I was born he chose to live his own life, sending $100 in the mail a couple of times a year and calling me during school holidays. That’s it.

For him, I have not been a consideration. The only time he has thought of me is when he is actively trying to keep me out of his life.

His own daughter has not been considered, not one tiny bit.

Because, if she was – if I was – he would know that, for me, meeting the man who helped give me life was important.

He would know that, for me, meeting and knowing the man who had meant so much to my mother was important.

He would know that, for me, being given the opportunity to find out more about my father and who he really is as a person was so incredibly important.

He would know that, for me, the “natural curiosity”, as he once described it, should be a right not a desire for any child.

He would know that, for me, the importance of this was so great, is so great, that there would be simply no choice for him to say no.

And he would know because I told him that.

But for him, I wasn’t part of any of these decisions. I did not matter. Only he did.

The commonality with men like my father, and arguably men like Wilson, is that they have the selfish ability to tick a no-visitation box, whether it be literally or metaphorically. To say no and to simply walk away from their own children, moving on with their own separate lives because they only truly care for themselves and their interests.

Despite making the decision to partake in the physical act of creating a baby, they decide after their baby is born to choose themselves. They ignore the responsibility that should come with being a parent because, for them, it is “too difficult”.

While many people (including myself) have told me that I deserve better, that he isn’t really a dad if he has chosen to do this, it’s still incredibly hard.

Because the fundamental truth of it is, he is my father. I have questions to ask him, information I would like to know. Even just one time I would like to hear his voice in person, see his face and perhaps gain an understanding who he really is, from him, instead of joining dots from other people and their experiences with him.

Although Wilson’s daughter Lyla, now only a baby, will not feel this pain just yet, I know that one day when she is trying to work out who she is, when she is exploring her own identity and what and who that includes and instead finds the words ‘no visitation,’ she will feel it then, just as I still do now.

The author of this story is known to Mamamia but has chosen to remain anonymous for privacy reasons. The featured image is a stock photo.

Grumpier Monster a year ago

It is a human condition to worry about things. Our minds endlessly scroll through our current and past experiences to find something to focus on. If it's big enough, we create a narrative around a particular experience. Every time we revisit it, it becomes a little more important and urgent. It'd be nice to know an absent parent. A narrative that stresses how important and distressing the absence is, is something the author has created and rehearsed. At any time she can accept that her mind is just looking for trouble and focus on something else, but she doesn't because "everyone" validates her.

I'm not playing along. The dad didn't want contact with the author for whatever reason (and who knows, there may be a good one). Get over it. Next time the author thinks what a tragedy this is, she should remember what a real tragedy in her life would look like (eg someone she loves and cares about dying) or, better yet, focus on a positive worry (eg what would the author do if she won the lotto? or who will win the bachelor?).

Brains get bored and start looking for trouble. Never indulge them!

Wow...some of what you say is valid although your comment "get over it" is so thoughtless! I'm sure the person has tried many times to move on and "get over it". When a parent walks away from a child, it is like they have died, only worse...because everytime you are reminded of them you know they haven't died but choose not to see you, it's the choices the parent have made that hurt... if they were dead you would go through the stages of grief and remember them fondly or with acceptance. It is not as simple as getting over it and I'd guess she probably gets on with her life most days however reminders like the Owen Wilson saga would bring those feelings to the front of her mind...where is your empathy?

Do you really want someone in your life that doesn’t care and doesn’t want to be there? That sees you as merely an obligation? Some people just aren’t parent material and no matter how they try, they find it hard to be a parent. And they make excuses. Like this. I’m sorry you went through this but your parents (or lack of) don’t define you. Yes he is your father and you only get one, yes he was involved in the creation of a child and should have been responsible but he wasn’t (and sounds like still isn’t) but that doesn’t mean you have to have a relationship with him either. Remember you can lead a horse to water but you can’t make it drink. He knows what he did and maybe he feels guilty- too guilty to face it. It doesn’t justify his actions but might explain them