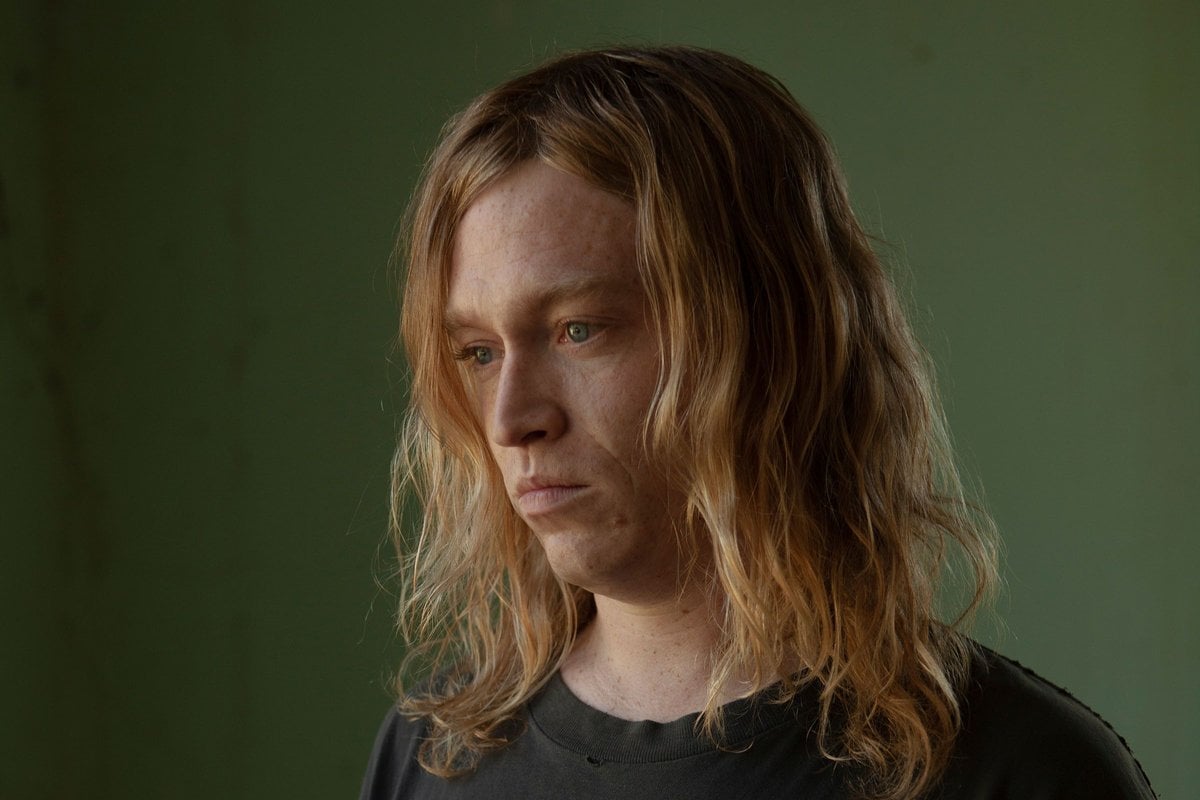 WARNING: This review contains spoilers for Nitram and contains mentions of murder.

I was bracing for the worst.

A shoot-'em-up gory portrayal of the devastating events of the Port Arthur massacre of 1996; a traumatic event in Australian history that really isn't that historic at all yet.

The murders of 35 people, four of whom were kids, changed gun laws in Australia and remains to this day our country's worst massacre.

My sister and I were around the same age as the youngest victims, Alannah and Madeline Mikac, when they died. It's a correlation my parents still shudder to talk about. Those little girls. Those parents. That family.

Watch the trailer for Nitram. Post continues after video.

Australian families the country over put themselves in the shoes of many of the tragic stories of that day. It could have been any of us. That's nothing of course, compared to the trauma of the actual loved ones of those killed. Or the survivors who only have two decades between them and the events of that fateful day.

But it's a crime that's ingrained in our psyche as a nation. Mass murders aren't common here, and this one rocked us to our collective core. That's why there were calls of 'too soon' when we first learnt that Nitram, a psychological drama based on the life of mass murderer Martin Bryant, was being made.

Tasmanian Premier Peter Gutwein said he felt "highly uncomfortable" about the film, with some survivors describing it as inappropriate.

I was going to avoid watching it altogether in silent protest. But after watching the film take home a whopping eight AACTA Awards last week, I changed my mind. And I am so glad I did.

Nitram (Martin spelt backwards), follows the prior life and behaviours of Bryant, and the events leading up to April 28, 1996. It gives us an insight into how his brain works and the mistakes authorities and society made that let him slip through the cracks.

It's not unsympathetic or sensationalised or insensitive. In fact, the murders in and around the Port Arthur historical site aren't even included. And they don't need to be included to make an impact.

We do see the death of David and Noelene Martin - the couple who refused to sell Bryant their Seascape Hotel - but it's done tactfully, without blood or graphic visuals. It's their death that helps set the scene so the filmmakers don't need to continue showing the killing spree. We witness Bryant's cold-hearted wickedness with them, allowing the film to allude to what comes next without having to spell it out.

Even though the result of this is the film rolling the credits at a crescendo, I found myself breathing a sigh of relief. I didn't need to see the rest of the massacre play out. I didn't want to.

The film explores that day without exploiting it, and a scene showing Caleb Landry Jones as Bryant eating an entire fruit cup in the Broad Arrow Café where the massacre was about to begin, was enough. The horror of what was about to follow was evident. As was the Colt AR-15 semiautomatic rifle we'd witnessed being placed in a bag that lay beside him as he ate.

Perhaps it was still too soon to tell this story. I certainly wouldn't recommend anyone with a personal connection to re-traumatise themselves with it. 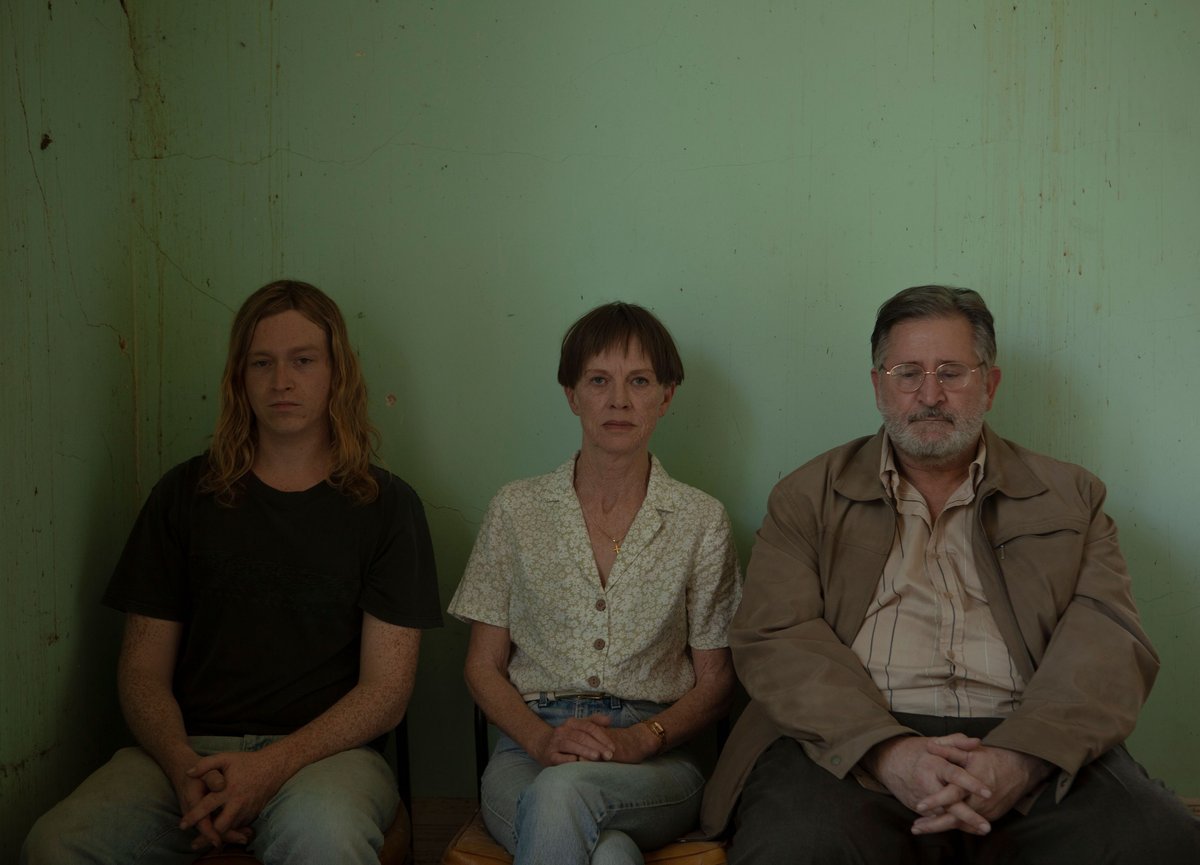 But for the Australians who watched on from the sidelines, it shares an important message. It's poignantly told, and it's nothing like the more Americanised retelling of real-life true crime I feared I'd see. You could tell that honouring the victims was at the centre of all directorial decisions.

Nitram goes inside the twisted mind of a killer, featuring extraordinary cinematography and acting.

But the thing that's remained in my consciousness after watching it is the politicised message that was left written on the screen right at the end.

It read: "No state or territory has been fully compliant with the National Firearms Agreement. There are more guns now than in 1996."

It's a fact that's probably passed many Australians by, it was certainly news to me.

If telling this story does anything, let's hope it shines a light on not only the need for early intervention with the Martin Bryants of this world, but the complacency around gun ownership that's grown in the 25 years since the Port Arthur massacre.

Let's take this retelling as a warning.

You can watch Nitram on Stan. You can donate to the Alannah & Madeline Foundation, here.

Reply
Upvote
Completely agree.  I thought the movie was insightful and told the story without trying to make excuses for his behaviour.  Like the author of this piece, I too was shocked at the end credit note.  A key reminder that we need to remember and learn from history so we are not doomed to repeat it.  The complacency around gun ownership is concerning, especially as Australia is held up as a beacon in the gun ownership debate in the US.
News
General
Opinion
True Crime
Politics
Sport
Explainer
Entertainment
Celebrity
Reality TV
Movies
TV
Books
Rogue
Royal
Lifestyle
Beauty
Fashion
Weddings
Home
Wellness
Health
Fitness
Travel
Food
Parents
Before The Bump
Pregnancy
Baby
Kids
Teens
School
Parent Opinion
Work & Money
Money
Finance
Career
Lady Startup
Relationships
Sex
Dating
Separation
Friendship
Family
Real Life
Couples