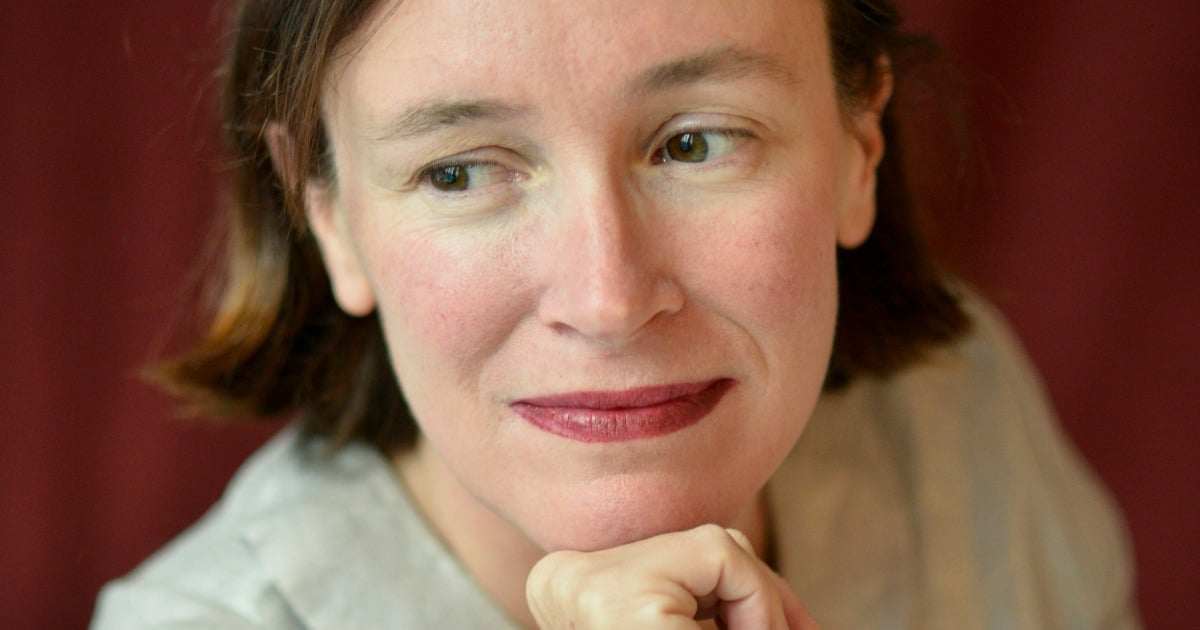 Trigger warning: This post deals with the theme of suicide.

It started with a knock on the door.

Two police officers. Their faces set. And before they even opened their mouth, Nikki Gemmell knew someone had died.

It was an ordinary evening when Nikki’s mother Elayn took her own life. She’d been suffering chronic, debilitating pain after a failed operation. She’d been planning the whole thing in secret, not wanting to implicate the family. Not wanting to be a bother. Just wanting peace, an end.

This is a snippet from Nikki’s conversation with Mia Freedman for No Filter. The whole interview will be available next week:

There was no note, no reasoning. They family didn’t know how, or why.  There was just a body, a crime scene, a cold morgue, and a daughter left laced with grief and searing guilt.

The author and Weekend Australian columnist told Mia Freedman in an upcoming No Filter podcast the bleakness was something she wouldn’t have wished upon her worst enemy.

“Nothing prepares you of the slight smell of death, for the feel of flesh… the flesh you know so well. The hand you have touched your whole life, the cheek you have kissed your whole life, it’s kind of like a deep, deep coldness. Compressed, condensed cold.”

The fallout was immense. The writer says she broke down, thrust into despair and an overwhelming feeling of guilt. “It was like an axe through my skull for the entire year… it was like my brain wasn’t working, I couldn’t write properly,” she said.

It was one question that circled for months. That cruelly replayed itself over, and over.

Why didn’t she say anything?

Why didn’t they sit down, and talk it over?

She wrote recently of it being the “modern story for modern times, of an elderly mother and swamped daughter trying to juggle a career and husband and school-age children all at once.”

Where “old people slip through the cracks in the cram of life’s whoosh”.

And whether, if euthanasia had been legal, her mother could have died in a room full of love, surrounded by those who held her in life. Not alone, in a bleak final moment.

If you or anyone you know is struggling, contact Lifeline on 13 11 14.

Nikki Gemmell’s memoir After is published by Harper Collins on March 27.

I watched Australian Story tonight and felt so sorry for Nikki and her brother. She shouldn't blame herself. I know chronic pain is debilitating (I am a sufferer myself and my father had lifelong excruciating pain from rheumatoid arthritis), but it doesn't seem as though her mother explored treatment options, she decided to end her life and had made that choice well before the pain had become unmanageable. Nikki was right to voice her concerns about the grandchildren - she and her children have valid needs which her mother preferred to disregard. Nikki and her brother are now experiencing terrible grief and guilt because of her mother's choice to prioritise her own pain over the pain she has left for her loved ones to endure. A very sad situation all round. I will be interested to read Nikki's book. I worry that organisations like the one her mother contacted have an agenda and can take advantage of vulnerable people. I don't buy that legalised euthanasia is the best option - particularly in non-terminal cases. I admire Nikki's openness in trying to understand her mother's choice and hope that she can find peace, but I suspect that her mother's suicide will be a lifelong burden. I am sure Nikki would not wish to impose a similar burden on her own children after what she has experienced.

Well, life is terminal. We all have different pain thresholds, and treatment that works for one, may not work for someone else. If my pain is bad enough that I can't look after myself, I see no reason why I should be forced to stay alive and suffer.

Chronic pain can trigger major depression with suicidal ideation. Society needs to address the rising suicide rates and people need to understand that when swamped with agonising pain, death appears a welcome relief. Mental illness remains a big taboo. If people knew how excruciating emotional pain feels they might understand and sympathise instead of dismissing the person who committed suicide as selfish.

Thank you, Chris. I have lost one of my dearest friends to self-directed "euthanasia" and also my beloved identical twin sister. Please note that my twin sister's death was not due to euthanasia, but to a very aggressive triple negative atypical breast cancer, and she desperately wanted to end it prematurely surrounded by loved ones, for she saw firsthand her rapid decline; however, the Victorian government adamantly does forbade such. They were very different illnesses, and yet had so many similarities, and I so wish they'd both be granted the dignity of such.