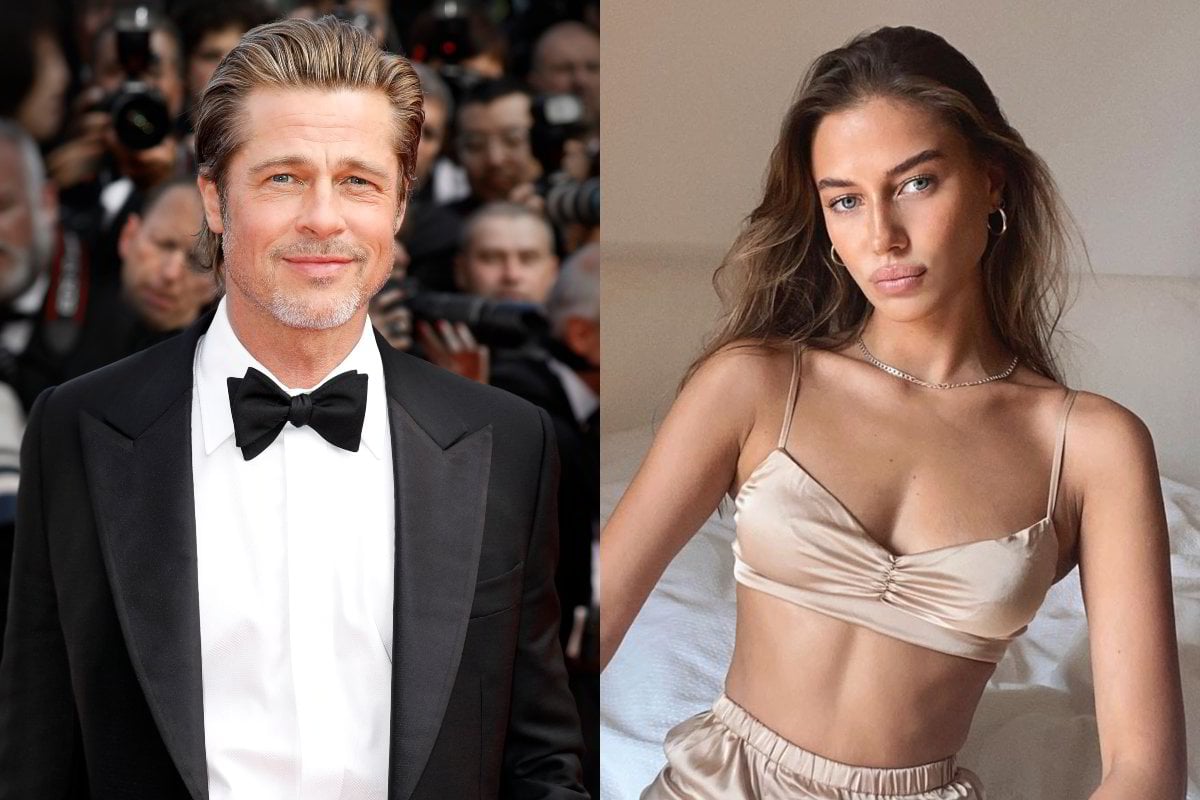 Brad Pitt has been enjoying a holiday in the South of France with his rumoured new girlfriend, 27-year-old model Nicole Poturalski.

Meanwhile, Poturalski's husband is likely back in Germany. ¯\_(ツ)_/¯

According to Page Six, Poturalski has been married to 68-year-old German restaurateur Roland Mary for about eight years.

﻿The couple have a seven-year-old son.

Last week, Poturalski arrived in France with Pitt, 56, who she reportedly met at one of her husband's restaurants in Berlin.

Hollywood relationships are always a bit complicated, but surely this takes the cake. Surely. And that's without even bringing Angelina Jolie and Pitt's intense divorce and custody battles into it.

Goodness. It's a lot, isn't it? Here's everything we know.

Pitt reportedly met Poturalski at one of her husband's Berlin restaurants while he was on a press tour for his Oscar-winning role in Once Upon a Time in Hollywood.

Three months later, they attended a Kanye West concert in Los Angeles together.

Then last week, the pair got onto a jet in Paris, and according to the photos and a source, they looked loved up.

"They looked really close," the source told The Sun.

"Insiders told us that they were very discreet around people but very cuddly inside private places like cars and inside the private jet."

It was also the venue of Brad and Angelina Jolie's wedding... which took place on August 23, 2014, exactly six years before he and his new girlfriend visited.

With the benefit of hindsight, Poturalski may have been dropping hints about her relationship on Instagram throughout 2020.

"Missing my strolls with my Love," she cryptically captioned a since-deleted Instagram post from February, according to E! News.

In March, she wrote, "Saturdays these days for me is self-reflection, reading books, spending time with my better half."

Or those could've been written about her husband. Hard to tell.

Saturdays these days for me is self reflection, reading books spending time with my better half.

Poturalski and Mary have been married for about eight years, according to Page Six, and have a seven-year-old son named Emil.

It is Mary's fourth marriage, and according to the Daily Mail, he's not too bothered about his wife dating one of the most famous men in Hollywood.

"He has been married several times and has five children. He is not interested in negativity or jealousy.

"They are still married but you could describe their relationship as an 'open marriage'."

Poturalski is a model with an impressive portfolio, who uses the name Nico Mary professionally.

Pitt is continuing his lengthy divorce proceedings and custody battle against ex-wife Jolie.

As news of Pitt's new relationship was circling last week, Jolie and all six of her children made a rare outing to a restaurant in Malibu.

Pitt and Jolie's custody trial will be heard in court in October.