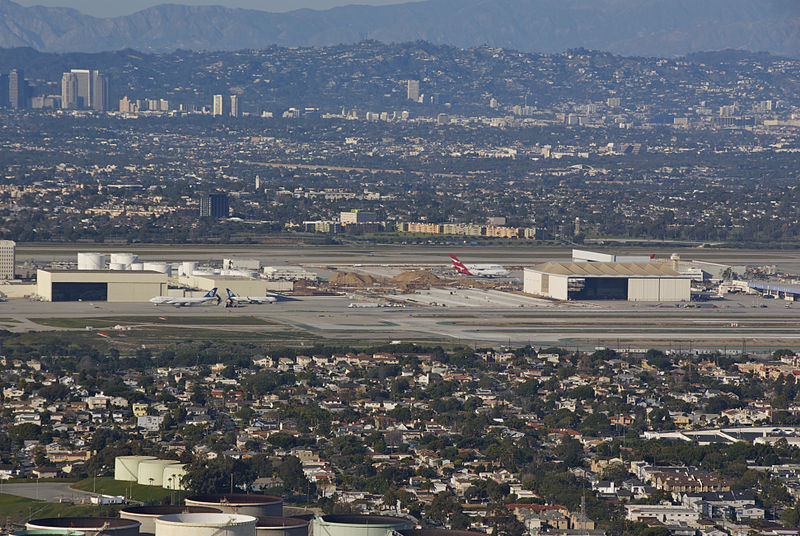 1. A gunman has opened fire in Los Angeles International Airport, leaving eight bystanders injured – one of whom has now been confirmed dead.

It is currently believed that one of the injured is an airport police officer, while an additional four or five are uniformed workers for Transport Security Administration, the US Department of Homeland Security Agency that is in charge of the traveling public’s security.

The incident occurred at 9:20am in Terminal 3. The man reportedly opened his bag, pulled out an assault rifle and began open fire. Shots were fired in both the open terminal area and the terminal’s screening area before the man was taken into custody by airport police.

LAX is still accepting flights, but only at around half of its usual intake.

Actor James Franco was at LAX during the shooting, he tweeted:

2. Western Australia has passed legislation requiring Muslim women to remove a burqa or niqab when asked by police to prove their identity. The bill was amended in consultation with the state’s Muslim and Sikh communities, with the word “headwear” being changed to “face covering”, so that women do not have to remove the whole garment when prompted.

3. The Labor Party has announced that they will only support the Prime Minister’s plan to axe the Carbon Tax if it is replaced by an Emissions Trading Scheme. You can read more here.

4. The trial of former News of the World editor, Rebekah Brooks, has continued overnight, with the court hearing that Brooks authorised the payment of an army wife for a picture of Prince William in a bikini at a party. The photo was never used, but the Sun ran the story using an imitation image. Transcripts of hacked phone messages left by Prince Harry also appeared before the court. The trial will continue on Monday.

5. Another veteran BBC broadcaster has been arrested on suspicion of child sex abuse. TV and radio personality Paul Gambaccini is the latest celebrity to be arrested as a part of Scotland Yard’s Operation Yewtree. The investigation, prompted by claims of sex abuse by Top of the Pops presenter the late Jimmy Savile, has seen celebrities such as Australian Rolf Harris taken into custody. Gambaccini is denying the claims.

6. US drones have killed the leader of the Pakistani Taliban leader, Hakimullah Mehsud. Both US and Pakistani intelligence officials have confirmed the death. While the death of the leader will be a blow to the extremist group, Pakistani officials are currently concerned that it could hamper the peace talks that the Pakistani government began with the group only a couple of days ago.

7. The Pope has announced an international survey to be completed by Catholics around the world, to assist the Vatican in gaging the church’s adherents’ mood on issues such as abortion, contraception and homosexuality. The survey was sent out to various national representative in mid-October and will be completed by adherents before the new year.

8. Australian boxer Anthony Mundine has come under fire after going on a homophobic twitter rant while watching the ABC1 TV program, Redfern Now. Over a series of tweets, Mundine wrote:

“Watching redfern now & they promoting homosexuality! (Like it’s ok in our culture) that ain’t in our culture & our ancestors would have there head for it! Like my dad told me GOD made ADAM & EVE not Adam & Steve.”

“I’ve known Aboriginal activists throughout the ’60s and ’70s and ’80s and ’90s who fought for the cause of Aboriginal people and they are gay,”

“[Mundine] saying gay people and Aboriginality don’t go together denies all of the identity of those people. It’s insulting to them – it’s inappropriate that he says that.”