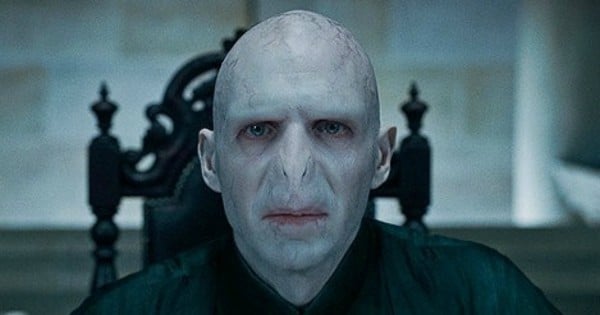 Potterheads. How are you feeling?

It’s been a big couple of days. Smashing through the Harry Potter and the Cursed Child script (which feels like it only takes about 20-minutes, compared to the novels) and then tracking down every online review, photo and scrap of information about the play itself. Well… that’s what I’ve been doing, anyway… ahem.

Reactions have been mixed. Some loved it, some hated it, some felt it was too much like fan-fiction, others felt it was the missing piece of the puzzle. (For the record, I am somewhere in the middle of all those opinions, flitting between them like a bowtruckle.)

Regardless, there’s a few things we have to talk about. Not just the obvious mind-blowing plot points, like the alternate universes (Ron and Padma? Whaaaaat…) or the fact Voldemort had a child. Or the emotional cavern between Harry and Albus, or that Harry is scared of pigeons (pigeon phobia is obviously the most important plot point in the entire play).

I'm talking about the other things. The little facts that are now messing with my mind. The things that me and my fellow Potter-fans have been messaging back and forth about. Let's discuss.

1. MOST IMPORTANTLY. Bellatrix got Voldemounted.

In case you missed it... Voldemort. Had. SEX.

My friend messaged me, 'Voldemort was probably a selfish lover'. (Insert that cry-laugh emoticon here). Seriously, picture it:

Who else was surprised that Draco's son was a-dork-able and hilarious? Colour me amazed.

Scorpius was my favourite of all the characters, from his awkward comments about hugging to his cute Ron-and-Hermione-esque crush on Rose Granger-Weasley.

Also, Draco turned out alright too. We probably saw that coming after the last book, but that whole thing with his sick wife was very touching.

3. Hermione is Minister for Magic.

Hermione is the most powerful person in Government. I'd like to point out that she is also a WOMAN and MUGGLE-BORN, officially making the wizarding world more progressive than our entire country.

When a scene is set with directions like "Triwizard Tournament, Edge of the Forbidden Forest, 1994", I can't help but wonder if Hermione was wearing spandex bike shorts and a flannelette shirt under her robes.

Seriously, were they immune to the Spice Girls at Hogwarts? Surely not.

5. Ginny is the Sports Editor for the Daily Prophet.

J.K. Rowling had eluded to this fact prior to this script being released, but still. Girl Power. You go, Gin.

J.K. Rowling talks about the future of Harry Potter. Post continues below.

Seriously, was she mentioned in the play at all? Is she okay? Maybe someone should check on that? Make sure she hasn't been attacked by a Crumple-Horned Snorkack?

Also, was there any mention of George? Or Teddy Lupin?

I know that ALL the characters couldn't be mentioned in the script, but... just a passing reference to make sure everyone is okay would be appreciated.

J.K. Rowling has confirmed that this is absolutely it for Harry and his mates, and we have to accept that. And honestly, how good was it to see all our old pals again? Good or bad, it felt snuggly and warm to go on adventures with those characters again; peeking in on their adult lives, meeting their kids, reminiscing about their old exploits at Hogwarts. It was a delight. And now, we can put their final adventure on the shelf alongside the others, always there when we need them, then sit back and sigh contentedly in our plaid-covered armchairs like cliché grandparents, and say...

Except about the Voldemort sex. That's just screwed up.