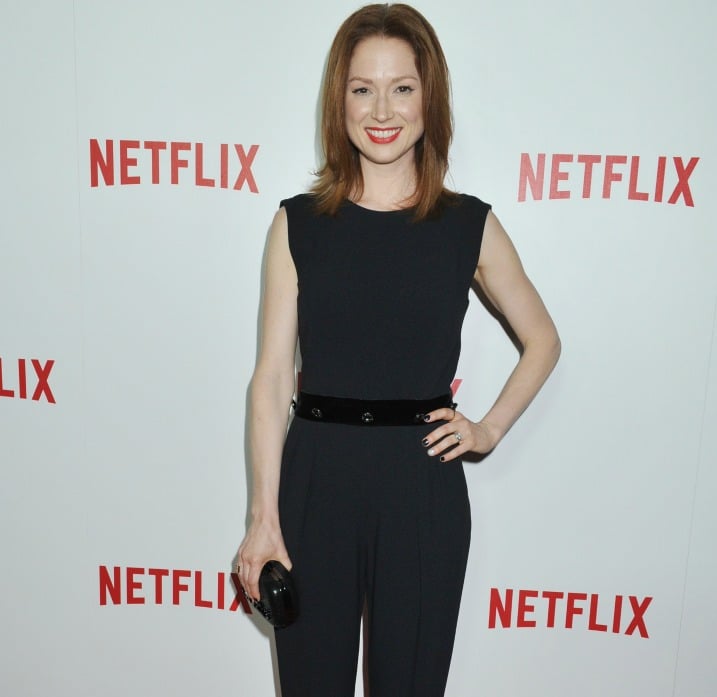 And it wasn’t, ‘Who are you wearing?’

So last night, at Netflix’s birthday party, we mean, Australian launch,  Mamamia decided to ask the stars of the Netflix Australian red carpet one of our favourite questions –

“Are you a feminist?”

Spoiler alert: We only got one “no”. And that was more of a “maybe”.

“I am a feminist, yes. I describe myself as a feminist because I think women are powerful people. God it sounds so obvious, that’s why!”

“I mean the idea by definition, absolutely. I think the idea of social and political and financial equality of any type, and not strictly just for women, but for gender, sexual orientation, racial equality for all types I am in defence of. So by that definition of feminism, yes absolutely I’m in support of that. And I encourage all who are trying to advance it.”

“Yeah of course. My mother was a strong feminist. I’m so feminist that I’m not allowed to be ‘the gentleman’ because it is a form of masculinity.”

“I am. I believe in equal rights, of course.”

Plays Lorna Morello in Orange is the New Black

“Yeah I certainly do. Because I don’t think it’s an ugly word, I think it’s a really important word and I think denying the power of that word doesn’t do justice to the people who have come before us and worked really hard for that.”


“Yes, sure. Because I introduced my best friend to his wife and she is a staunch feminist, so as much as I can be, yeah sure.”

“Nope. Because it’s not the way I describe myself. You might describe me as a feminist and you wouldn’t necessarily be wrong. However I don’t often do a lot of self-describing.”

“Yes, I think so. I think all women should be feminists and all men can be feminists. It’s just about equality and self-love and only good things can come from that.”

“Part of me is, but yeah I think I am. Absolutely I’m a feminist, definitely,” Stephen said.

“Oh, yeah.  I think the word sounds scarier than it is… I think a lot of men get really confused that they can be a feminist, so it’s about taking away the negative connotations that’s been attached to it since the ’70s, which is a little bit aggressive and now it’s what we all are which is equal and it’s about having men support us too,” Zoe told us.

“I think I am. I don’t even know how to define that, but it bothers me that it’s not an equal playing field in this day and age. I don’t know, lets just make things happen together.”

“Absolutely 100%. Why wouldn’t I be, I’m about equality for everyone,” Remy told us.

“So many people have different definitions of what a feminist is. So for me I don’t know whether I’m a feminist. I’m definitely pro-women’s equal opportunities, I’m pro-women’s power of choice. I just think for me personally I’m just like, ‘How do you define being a feminist, because maybe we don’t see it the same?’ I just think, as long as we get treated the same,” Uli said.

Thank you, TV stars. We’ll take that as one big crowd of YES.

Thanks for asking a unique question on the red carpet.