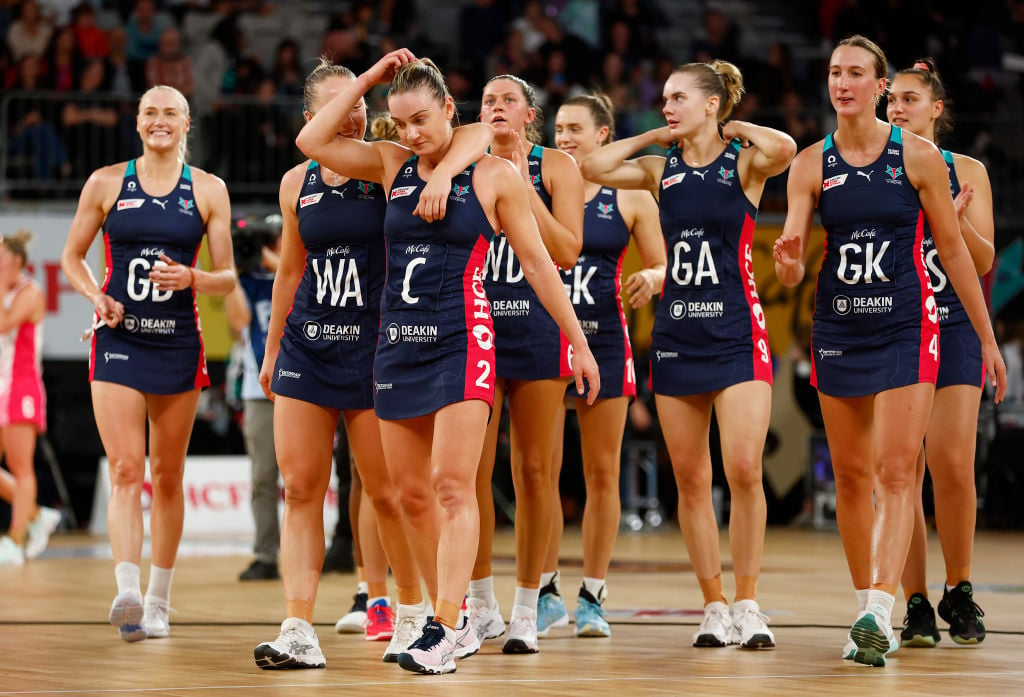 Some people swear by star signs as a indication of their personality. Others put their faith in the more rigorous Myers-Briggs test.

But if you want a fail-proof blueprint for what a person is really like, just pay close attention to the bib they snatch from the pile before a netball game. Really.

So, what does your favoured position reveal about your disposition? We consulted the past and present netballers of the Mamamia office, as well as two Super Netball players - Kate Eddy (WD, GD, GK) and Hannah Mundy (C, WA, WD) from the Melbourne Vixens - to find out.

Just a side note, you can watch the rest of the Suncorp Super Netball season on Kayo.

Let's get into it.

The big C is, well, central to any good netball team, and it’s a role that speaks of many personality traits. To start with, Centres are micro-managers - during a game they’re working with every member of the team to find solutions and keep things moving. They have a finger in every pie.

They also know everything about everyone, and are always on the go. If Centres were a coffee they’d totally be a short black.

According to Kate and Hannah, Kris Jenner is your classic C - controlling everything. 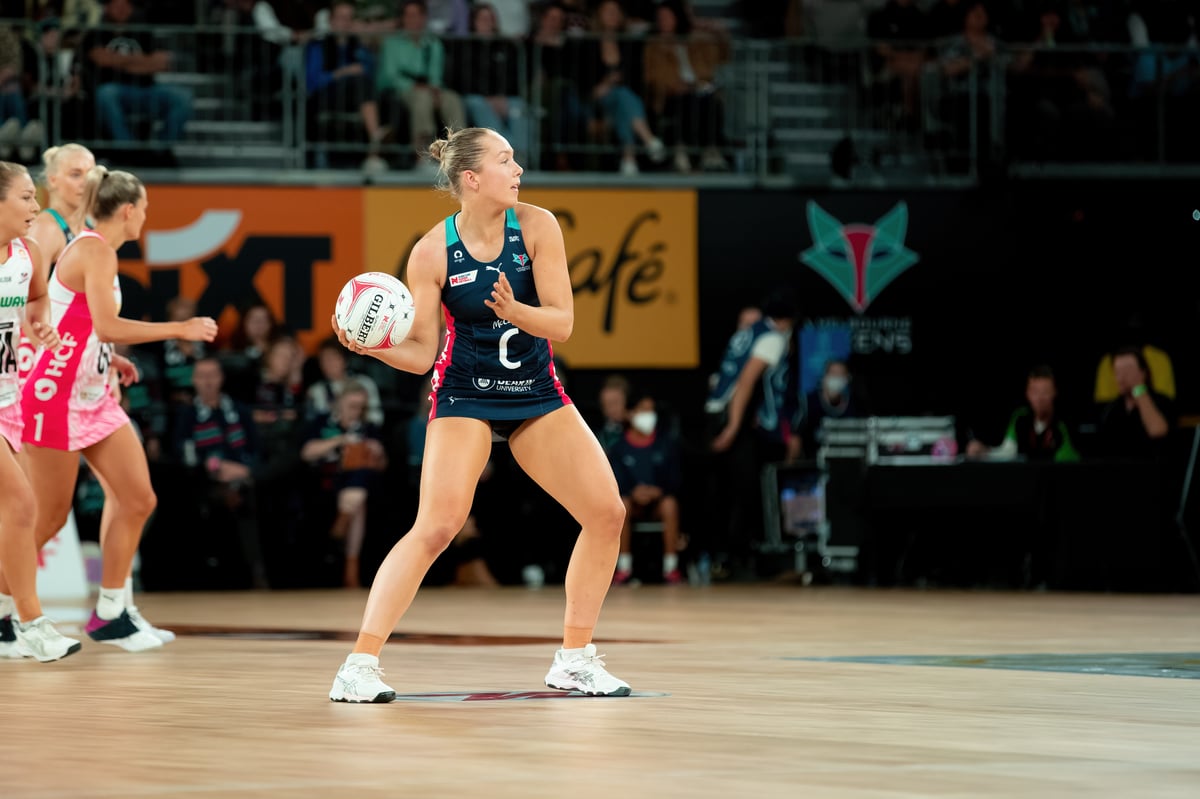 Hannah Mundy as centre for the Melbourne Vixens. Image: Supplied.

Ahh, yes, the energetic GD - always there to keep the enemy out of the goal circle and take an emergency backwards pass in the middle third of the court. We reckon GDs are typically assertive, tenacious and tend to make their presence known (i.e. they’re not afraid to get all up in your business).

On-court, GDs are constantly watching their opponent and rarely miss a trick, so there’s a good chance their bullshit detector is off the scale.

In the Kardashian family, Kourtney is the GD. Kate and Hannah says she's "feisty and always right," and that's unmistakably GD energy.

There’s no two ways about it: GAs are over-achievers. They also have to be actually athletic, and aren't afraid to step up and have the weight of the team on their shoulders.

They're confident and also... cool.

For Kate and Hannah, the GA is the Kendall Jenner of the group, or what they call "princess runway gal".

“Here if you need!” is a WA’s catch cry, and that tells you everything you need to know.

You know that friend who’s always mingling at parties and organising your squad’s social events? The one who’ll always run to your side and find time for you when you’re in need, and stand behind you, shouting encouragement while you’re shooting goals (uh… life goals, but literal goals too)? She’s a WA for sure.

Kim Kardashian is a clear WA, being "powerful" and quietly successful.

It mightn’t be fair, but it has to be said: WD is like the Jan Brady to WA’s Marcia. It’s an underrated position and tends to be the first one cut from the court when you’re a player down.

So, if you’re a WD, this means you’re probably a good sport who can roll with the punches. You embrace the role despite its stigma, and know that you don’t need to be in the limelight to make a difference. Don’t let the haters get to you.

WD is the Rob Kardashian of netball positions, according to Kate and Hannah, and as they brutally put it, he's "irrelevant but happy to be here". 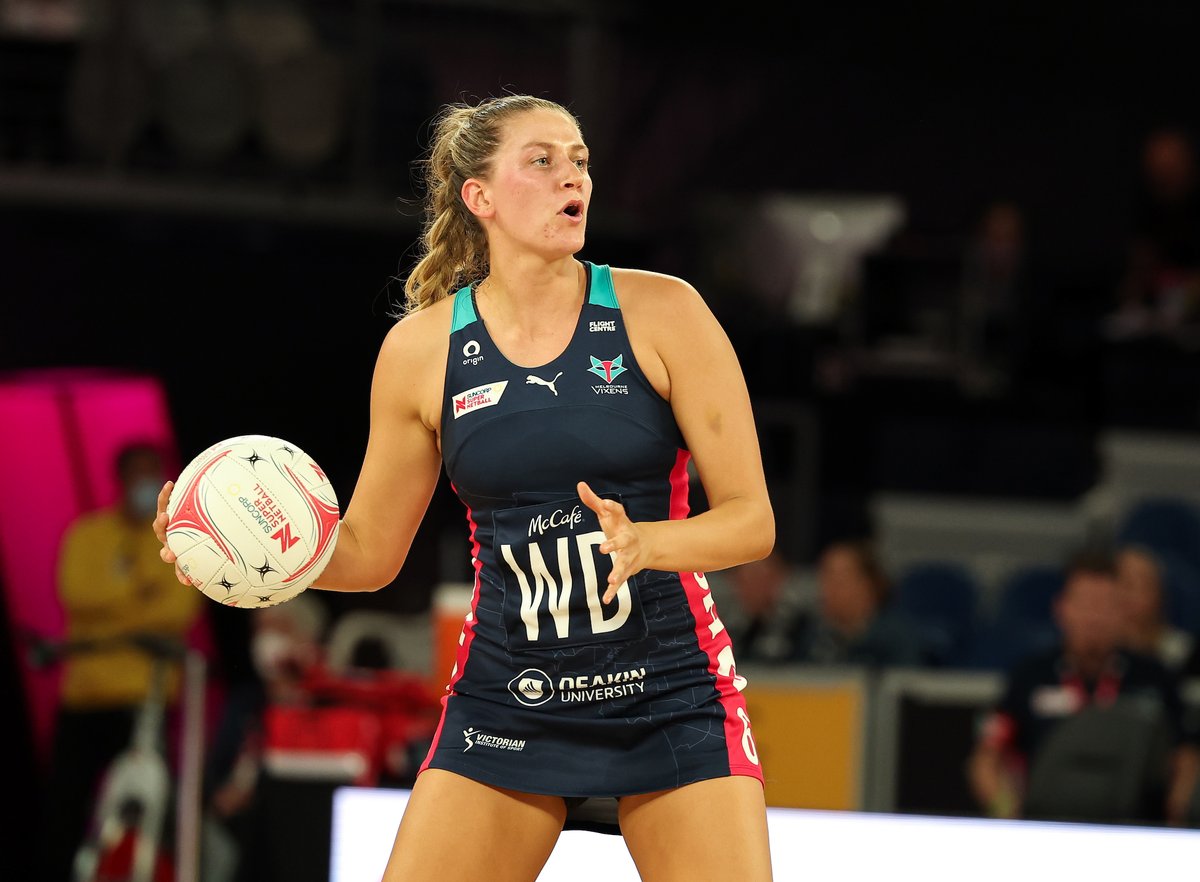 The GD’s inner-circle counterpart, GK, can be described in one word: stoic. They might be emotionally 'guarded' (ha, ha) but they're resilient and never give up in the face of a challenge. Don’t ever write them off - as one of our resident GKs put it, her people “quietly shut shit down” and they’re super dependable.

Khloe Kardashian is your quintessential GK, with Kate and Hannah describing her as a "funny dag with a bit of spice".

Are you a highly ambitious perfectionist? Wear that GS bib with pride, kid. The name says it all: Goal Shooters always have their eyes on the prize, and they have no time for that central-court nonsense.

They’re the poster child for Type A personalities, with an almost scary level of focus, drive and organisation. You know those people who buy wall planners and diaries from Kikki K… and actually use them? And colour-code them? Goal Shooters for sure.

They're also mature and live in their own world, making Kylie the Kardashian family's GS. Kate and Hannah say she's also a "mummy's girl" - a clear GS trait.

What's your netball position? Do you think it says anything about you?

I played netball back in the day, when it was called "Women's Rules Basketball" ... yes, I'm that old ... I was the Goal Shooter (it was just called "Goalie" back then) - not because I particularly wanted to be, but because I was the tallest girl on the team, and therefore the most likely to score goals. I'm not a perfectionist, and my eye often wanders from the prize ... I WAS however, a great goal shooter!