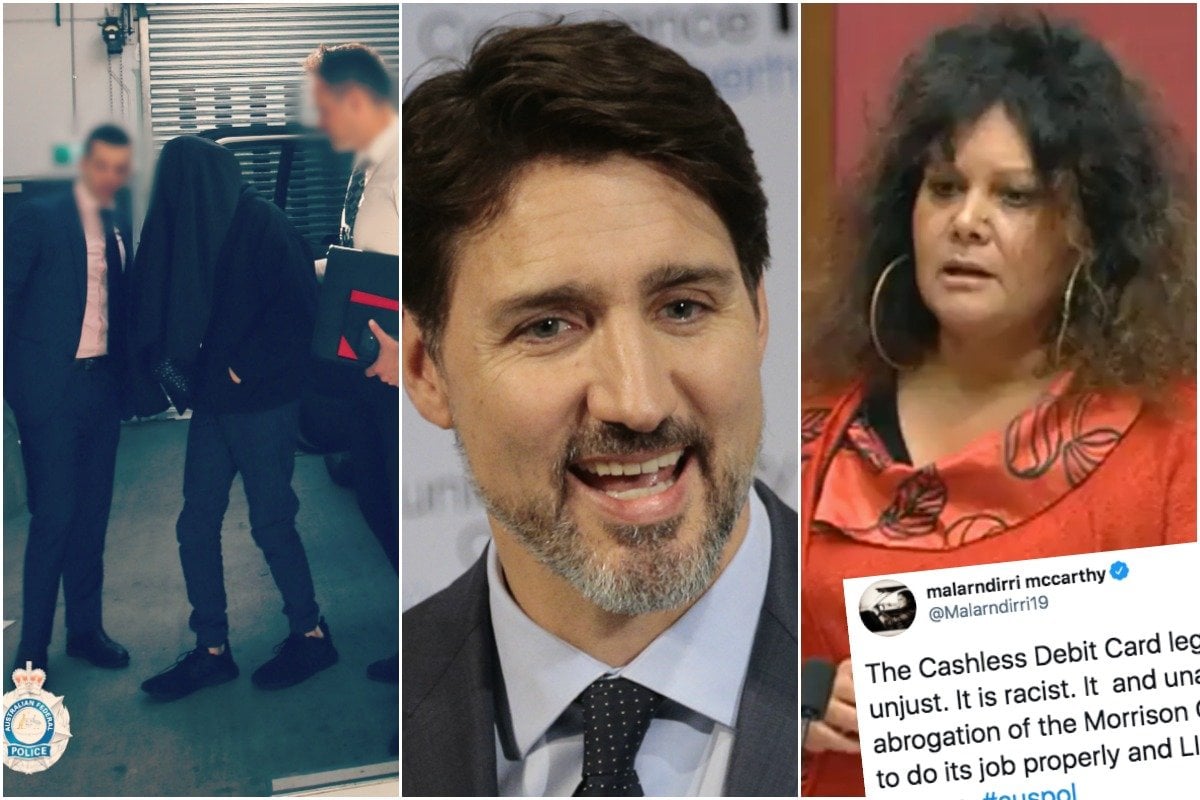 A Queensland nurse who allegedly drugged women he met on dating sites before sexually assaulting them is set to face court charged with raping 21 women.

Police have continued their investigations since the 30-year-old man, who cannot be named for legal reasons, appeared in a Brisbane court on 10 charges in August.

Police appealed at the time for anyone with information to come forward, saying video depicting other women was found on a phone at the man's Brisbane city apartment.

A Brisbane nurse is accused of drugging, raping and sexually assaulting dozens of women between 2016 and 2020 https://t.co/lihfx9v0DM

He is due to face Brisbane Magistrates Court on Thursday on a further 135 charges involving 31 victims of alleged sexual assault across southeast Queensland dating back to 2016.

The charges include 46 counts of rape allegedly involving 21 women, 38 counts of observations or recordings in breach of privacy, 14 counts of stupefying in order to commit an offence and seven counts of unlawful possession of restricted drugs.

The alleged offences occurred in Bethania, Springwood and Brisbane CBD between 2016 and 2020.

A NSW man espousing neo-Nazi and other right-wing extremist views has been arrested after allegedly encouraging a mass casualty terrorist attack.

The 18-year-old was arrested at a home in Albury on Wednesday and is expected to be charged with advocating terrorism and urging violence against members or groups.

"The male who we've arrested has an extremist right-wing ideology and is focused on neo-Nazi, white supremacist and anti-Semitic material," AFP Assistant Commissioner Scott Lee told reporters on Wednesday.

The man had been closely monitored by federal and NSW police since August but a recent escalation in his tone caused investigators to intervene, Mr Lee said.

His communications on various social media platforms, most of which were mainstream, turned to support of a mass casualty event, including his potential involvement in it. 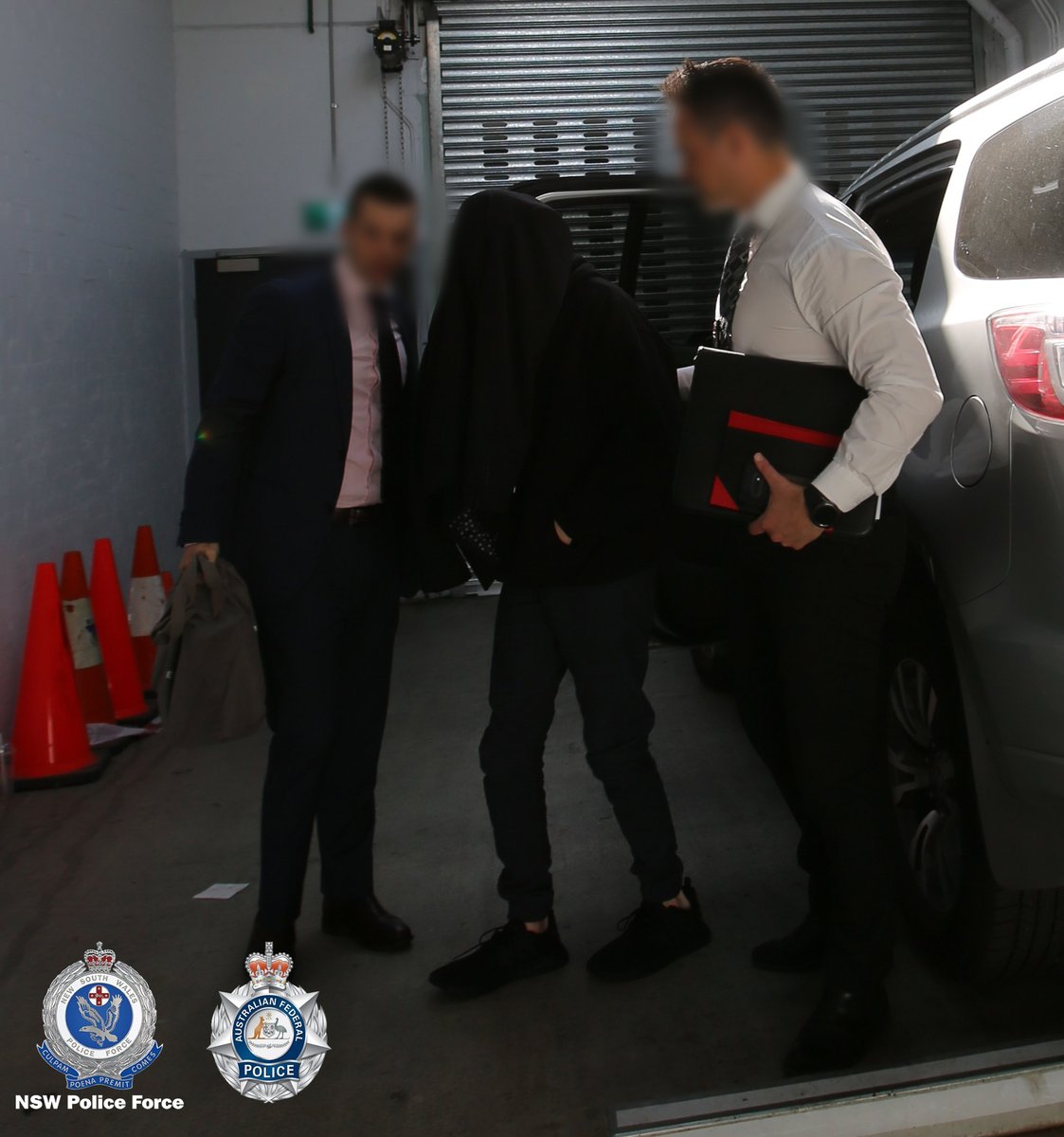 A teenager from Albury has been arrested by the NSW Joint Counter Terrorism Team. Image: AAP Image/Supplied by AFP.

The man had also sought to provide others with bomb-making material in his pursuit to encourage others to commit terrorist acts and violence against community members, Mr Lee said.

India and Australia are in discussions for a bilateral free trade agreement, Indian Foreign Minister Subrahmanyam Jaishankar says, after his country's decision to walk out of a China-backed trade bloc.

"There is a discussion on a free trade agreement, a bilateral free trade agreement as well because, as you know, we didn't sign the RCEP (Regional Comprehensive Economic Partnership)," Jaishankar said in an interview with Australia-based Lowy Institute.

India pulled out of RCEP talks in November last year but ASEAN leaders said the door remained open for it to join.

Thousands of cashless welfare card users will have a so-called trial period extended by another two years after a federal coalition bid to make the scheme permanent failed.

The controversial Morrison government program appeared on track to be scrapped when independent Rex Patrick signalled he would vote against legislation in the Senate.

But the coalition changed its own bill to give trials in South Australia, Western Australia and Queensland a two-year extension, flipping a crucial vote.

It is moving to watch several Senators - Labor, Greens & independent - who are First Nations people challenge Minister Ruston tonight on the discriminatory impact of the cashless debit card.

The Liberals’ rejection of self-determination for First Nations people is appalling. https://t.co/mNQHfYeTeU

As part of the deal, more than 20,000 people in the Northern Territory and Cape York won't be automatically moved onto the card from another income management scheme.

The government passed a separate amendment to make the transition voluntary.

People on the cashless debit card have up to 80 per cent of their welfare benefits quarantined so the money cannot be spent on alcohol or gambling.

Social Service Minister Anne Ruston revealed 82 per cent of people on the card in the East Kimberley region were Indigenous.

Canada becomes third country to approve vaccine for use.

Canada has become the third country after the UK and Bahrain to give the green light to the Pfizer-BioNTech COVID-19 vaccine.

Globally, more than 68.08 million people have been reported to be infected by the novel coronavirus and 1,554,271 have died.

Canada's health regulator on Wednesday approved the coronavirus vaccine produced by Pfizer and BioNTech, giving the green light to an inoculation program set to get under way.

Canada's health regulator approved Pfizer’s COVID-19 vaccine. Canada is set to receive up to 249,000 doses this month and 4 million doses by March. https://t.co/8hLVaXDw0x

The US regulator is due to hold a key hearing on the vaccine on Thursday, after a staff paper this week deemed the doses to be safe and effective.

UK regulators are looking into reports of allergic reactions in two people who received the new Pfizer COVID-19 vaccine on Tuesday, the first day of a vaccination program.

For now, they are telling people to skip the vaccine if they have a history of serious allergic reactions.

Supreme Court rejects Republican plea to overturn Biden victory without even hearing it.

The US Supreme Court has handed a defeat to Republicans seeking to throw out up to 2.5 million mail-in ballots in Pennsylvania as they try to undo President Donald Trump's election loss, with the justices refusing to block the state from formalising President-elect Joe Biden's victory there.

The court in a brief order rejected a request made by US congressman Mike Kelly, a Trump ally, and other Pennsylvania Republicans who filed a lawsuit after the November 3 election arguing that the state's 2019 expansion of mail-in voting was illegal under state law.

The US Supreme Court declines to take up appeal filed by Republican congressman who asked the court to nullify the certification of Biden as winner in Pennsylvania; justices denied the appeal in a one-sentence order with no noted dissents. https://t.co/iZb3K4lxDZ

There were no noted dissents from any of the justices on the court, which has a 6-3 conservative majority including three Trump appointees. Trump had urged the Republican-led Senate to confirm his most recent nominee, Justice Amy Coney Barrett, before the election so she would be able to take part in any election-related cases.

Trump has falsely claimed that he won re-election, making unfounded claims about widespread voting fraud in states including Pennsylvania. Democrats and other critics have accused Trump of aiming to reduce public confidence in the integrity of US elections and undermine democracy by trying to subvert the will of the voters.

- A group of US states led by New York will file a lawsuit accusing Facebook of violating antitrust law.

- The number of people who died in Germany after catching the coronavirus surged to 590 on Wednesday, marking the highest daily death toll for the country in the pandemic yet.