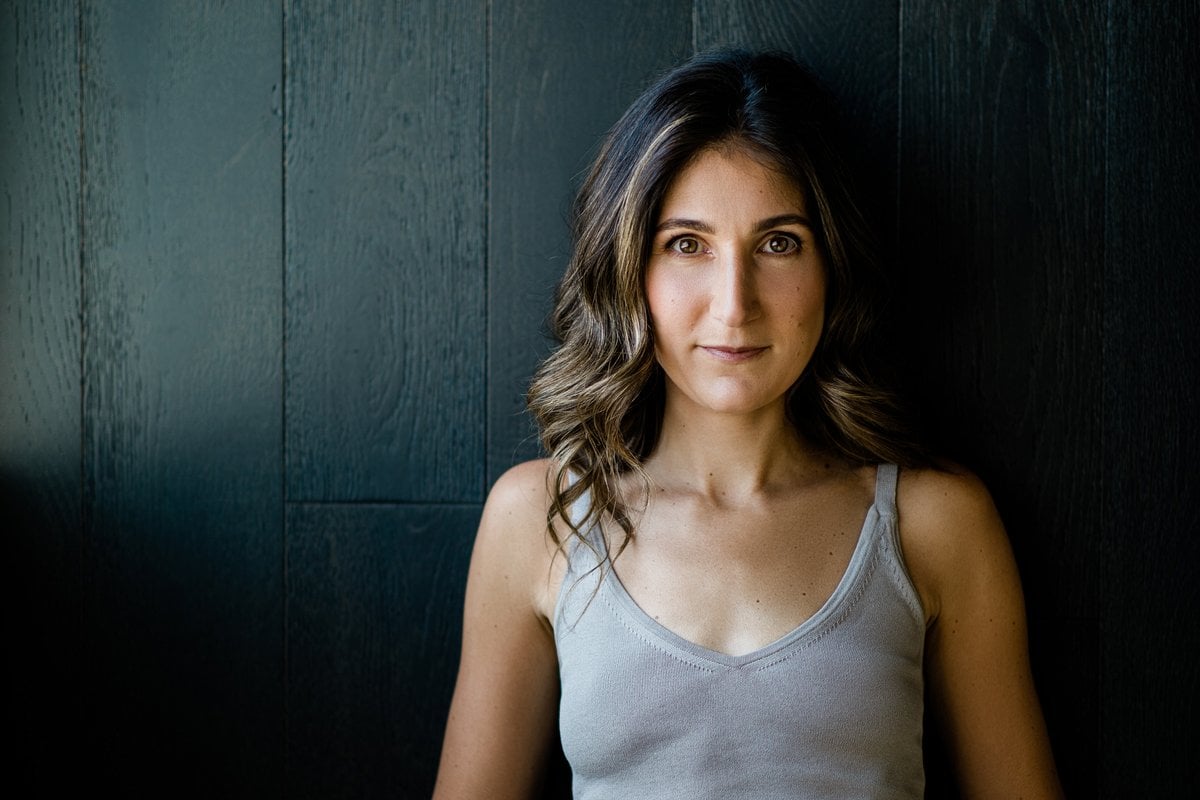 Natasha Sholl was just 22 when her 27-year-old partner Rob died suddenly in their bed one night.

"It was like someone had taken me out of my life and put me in some other upside down world," Natasha tells Mamamia about the immediate aftermath of Rob's death.

"I didn't know what to do with my body or how to exist. How to sit, how to walk. I needed to re-learn all those things. I didn't know how to talk. It was like people were speaking a different language; like someone just picked you up and put you in France. You're like, 'No, I don't live here. This isn't my life.'

"I felt very removed from my life that I knew and was comfortable in. It was just that shock."

Listen to Mia Freedman's full interview with Natasha Sholl on the No Filter podcast below. Story continues after audio.

The couple had just moved into a new apartment and were planning a future together. A lifetime together.

Natasha didn't think she would ever fall in love again. "After Rob died, I was like, 'Well, that's it. That was the person I wanted to spend the rest of my life with'."

Then along came Dean.

"I met the most wonderful, patient man who never expected anything from me. When we met, I said, 'I'm not dating. I have no plans'. He said, 'Do you want to hang out?' And I think my first response was, 'I'm not going to sleep with you'. Because you know, that's a good pickup line," she says with a laugh.

"There was no pressure coming from him. All the judgement was from myself."

Natasha felt conflicted about being with someone else while still grieving.

"When people said they were happy for me that I had met someone, it made me really annoyed. Because I didn't know how to reintegrate back into society. They were happy that I was happy. But I was also like, 'I'm still heartbroken'. So how are you heartbroken, and yet in love at the same time? It was that feeling of how do I hang on to that grief, and continue that relationship with Rob? And also, you know, have a life," she says.

"There was no pressure from anyone else, especially not from Dean, to ever move on. But there was that expectation that I would move forward and not live in the past. And I think that's where I was struggling to say, how do I live a life in the present when part of me is still living in the past and imagining what might have been? I had this unlived life bubbling under the surface.

"The power of words and writing and reading is that you can name things, and when you name them, they're less terrifying. And so for a while, I hadn't even come to terms with any of that, but then I put words to it and I was able to say, 'Yes, this is the life I would have lived. And this is the life I'm living now. And they actually coexist in some way. They don't cancel each other out.' And I just had to sort of make peace with that."

It helped that Rob and Dean had actually met before Rob's death.

"There were all these weird connections. [Dean's] cafe was a few streets away from where Rob and I had just moved in together, and we used to go there all the time," she says.

"Rob loved the cafe. He used to say - because he was a doctor and he was getting quite stressed - he'd say, 'I just want to stop what I'm doing and I want to open a hospitality business'. They'd chat about work and hospitality, and so there was that connection." 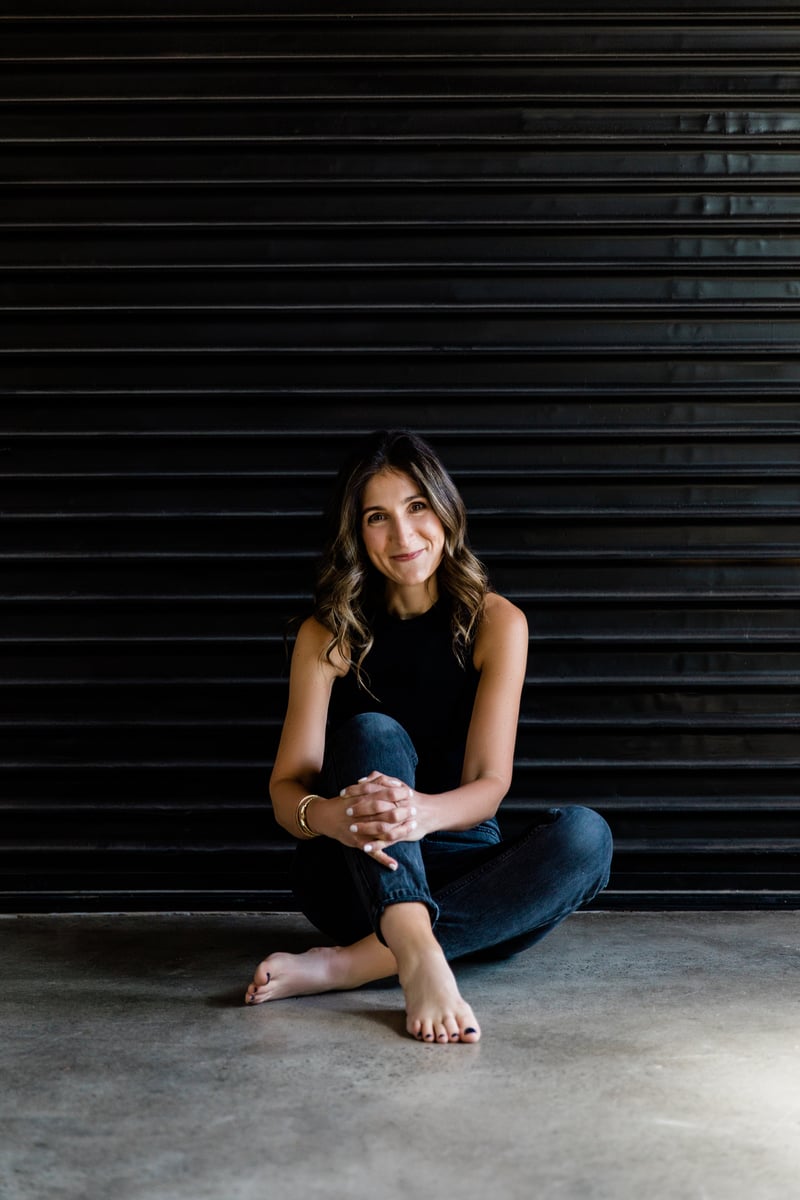 Early in their relationship, Natasha refused to stay at Dean's home.

"I was already a bad sleeper, and then you add the trauma [of Rob's death] onto it. I think the very first night that I did stay over, I was awake most of the night. And even today, I'm a shocking sleeper. I really struggle with that," she says.

"It's meant to be a safe space. It's meant to be your house, your bed, your recovery time, and it's just become this place where scary things happen. And it turns a world a bit upside down because there are certain places that you expect to be dangerous or scary, but when you're in the safety of your own house with someone that you love..."

In Natasha's recently released memoir Found, Wanting, she writes about the impact Rob's death had on her and the grieving process she went through.

"When I wrote the book, Dean was one of the first people who read it. One of the first things he said is: 'You have to capture Rob more like... he's so charismatic. And you have to make sure that you really capture who he was. He'd walk into a room and everyone would turn around'," she says.

"Dean had that care for him. He always wanted to protect him, and the space that he had in my life, which was pretty special."

Natasha, now in her late 30s, and Dean have since married and have four children together.

The feeling of guilt lingered when the couple married - Natasha blamed herself for Rob's death and believed she was cursed in some way.

"In some way, us getting married - the guilt there was more. Am I a good enough wife for him? Because I've come with this baggage and this history. Will I be able to be the kind of person that he deserves moving forward?" she says.

"When we first started going out, half the reason I kept saying no to actually having a relationship, as opposed to a friendship, was that I must be cursed. There's something wrong with me. And you're taking a risk, just by being with me.

"Because it made no sense to me that Rob had died; he was in his 20s, he was healthy, he was fit. Therefore, the only reason was me. It made no sense."

Watch: The journey through loss and grief with Jason Rosenthal. Story continues after video.

To add to the complexity of emotions, Natasha and Dean have now lived a life together that Natasha and Rob never got to. For Natasha, Rob remains a mythical figure in a way because he is forever young and their time together was never plagued by any of life's big problems.

"Dean is so patient. He's so beautiful, but it's a lot. It's a big burden to ask someone... because Rob and I were really young - we didn't have a mortgage, we didn't have children. We didn't have the stress of everyday life. We never had any big life events that we had to manage," she explains.

"And obviously Dean and I have been together a really long time. So a lot of that is pressure that is just imagined because Rob will forever be 27. And Dean and I have built this life together, in which we always joke that we have really low expectations - neither of us has to die is basically the benchmark!

"We know each other inside out in a way that Rob and I never had the opportunity to. And Dean has seen me through so many intense life moments. So it's a different... They're not in competition with one another. [But] I never would have been with Dean had Rob not died. That's a fact. But I also wouldn't be the same person. And so much of who I am is because of what I've been through. And so much of my connection with Dean is that understanding and that support.

"I'm more than just what happened to me. But we started our relationship in that really intense period. And from day one, Dean was like, 'I'm all in. I'm whatever you need from me'. So it's not a competition. He's his own person."

As can be imagined, Natasha now has a complicated relationship with sleep. Yet instead of worrying about her children at night and checking to see they were breathing, she ended up "going in the opposite direction."

"In some ways, because I was so anxious and it was just all so overwhelming, I was like, 'I can't be scared of every little thing'. At some point, I just have to let go. So I felt that once I had children, and they were in my care, I let go a bit. For things like sleep, once I found my groove and settled into motherhood, [it was fine]," Natasha tells Mamamia.

"But then there are other things. We were going on a walk up a sort of a hill, a cliff-side face, and it was completely safe. There were barriers. I looked it up on the website before and it said, 'Safe for the elderly, safe for children'. And I had a complete panic attack.

"Even though there were barriers up, I broke into a sweat. My heart was racing. Because in my head, the kids were going to fall off the edge. And even though the logical part of my brain said they're safe, they know how to walk, they're fine - all I could see the whole time was them just toppling off the edge.

"So for things like that, I find it still quite hard to navigate. How do I make sure that they feel safe and secure in the world, that they can go out and take risks and enjoy life without passing on my terror?" 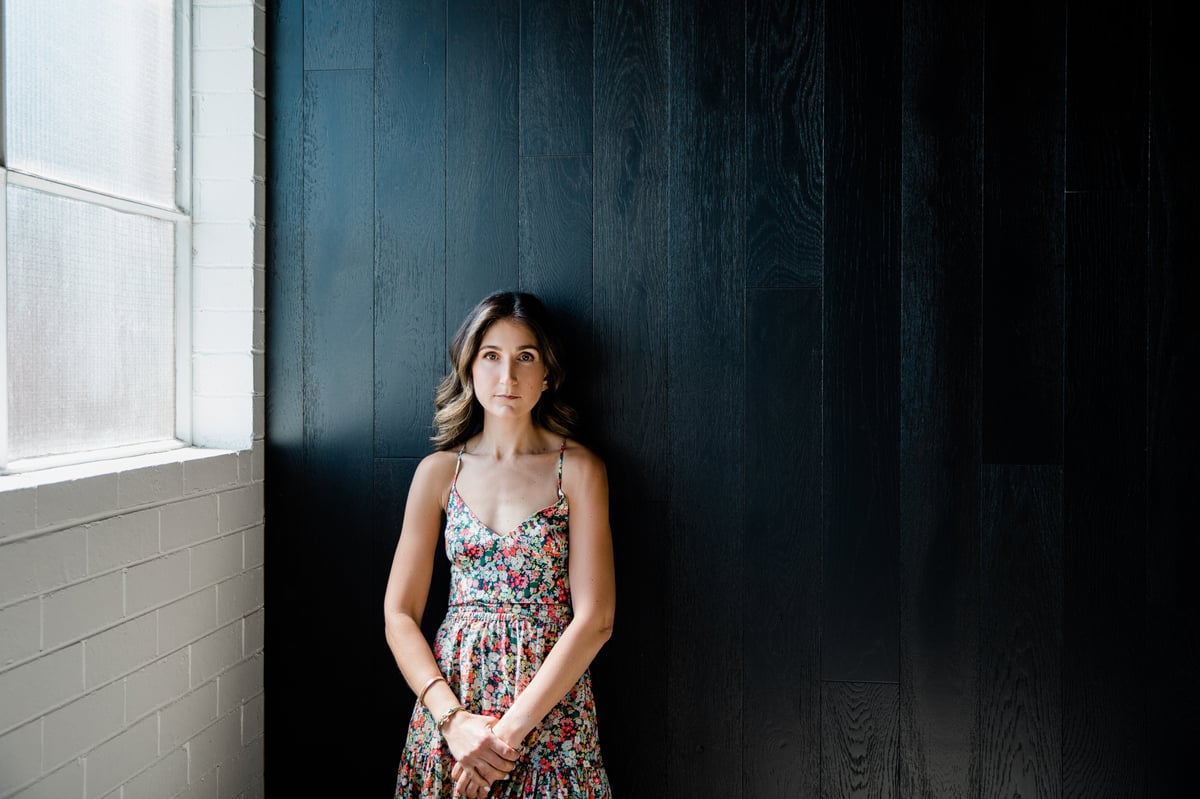 Over the years, Natasha has learned a lot about grief. One of the more common understandings about grief is that it has five stages: Denial, Anger, Bargaining, Depression, and Acceptance.

"I think there's a bit of a misunderstanding [about the five stages]. I assumed it was that you go through one stage, and then you go through another. That you work through them and then you come out the other side fixed. And actually, the way they were designed was to say, you will dip in and out of each stage - maybe not in that order, maybe in a different order, constantly," she explains.

"The last stage is 'Meaning'. So that was added by David Kessler, who helped write those original stages. His son died, and he was having to go through these stages that he'd talked about years before. As a grief expert, he was now grieving. And he realised there was another stage, which was 'Meaning'.

"When I first read about that, I was really annoyed. Like, there is no meaning. People didn't die for a reason... there are no lessons to be learned from this. It's just something awful that happened. But I guess the way he talks about it is, it's not a meaning of why the person died. The meaning is, what do you do now? How you live your life now. That's what I try and take from it."

So just what is Natasha's meaning?

"I think it's just that connection with people. People saved me. And to feel connected to my husband and to my kids and to my friends and to my family," she says.

"And to feel connected to the people that are no longer with us, and for it all to exist in this messy, complicated way.

"That's the meaning for me."

For more No Filter with Mia Freedman, go to mamamia.com.au/podcasts/no-filter/.