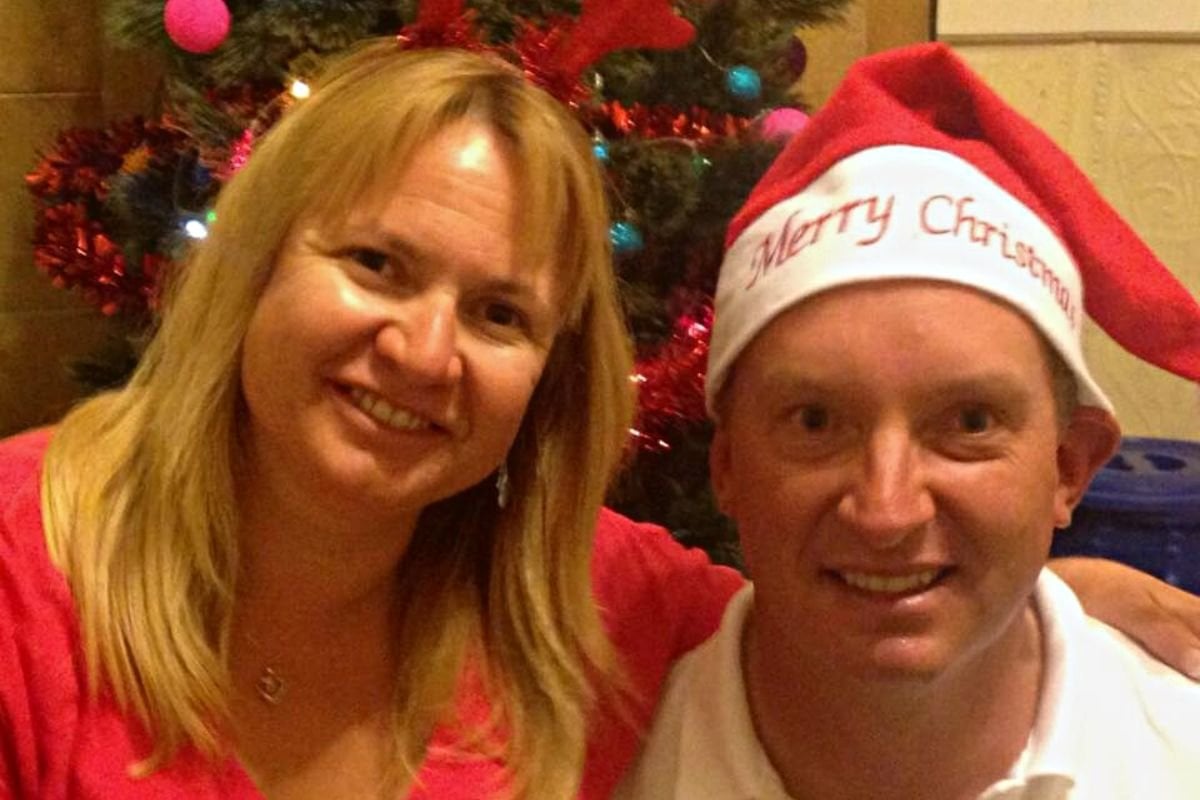 "How to commit murder."

It was the Google search Natasha Beth Darcy typed into her phone while standing on the sideline of a rugby game in June 2017.

"Can police see websites you visit?" she later searched.

That morning, the mother-of-three rang triple zero around 2am and explained she had found Dunbar, a well-known local grazier, unresponsive in bed.

Distressed, Darcy was told how to perform chest compressions by the triple-zero operator.

In a bizarre coincidence, Darcy's ex-husband, Colin Crossman, who worked as a paramedic, was one of the first responders to the scene.

According to Darcy, her partner had died by suicide. She alleged he had spoken about suicide to her before and told her she would be better off without him.

However, police soon declared Dunbar's property, on the outskirts of the NSW town of Walcha, a crime scene. 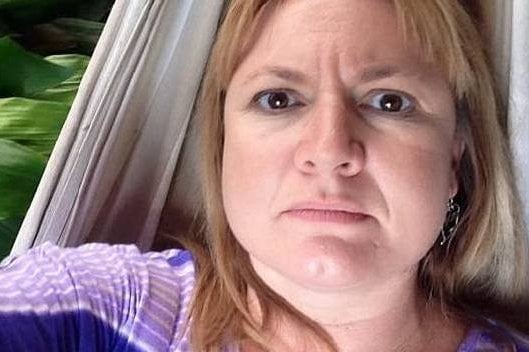 After Dunbar's death, whispers started spreading around town that Darcy may be involved.

"Word travels pretty fast but especially in such a small town like Walcha," journalist and author of The Widow Of Walcha, Emma Partridge, told Mamamia's True Crime Conversations podcast.

Listen to the full episode below.

"The local barmen told me that Natasha definitely murdered Mathew and I asked 'why?' And he said, ask anyone, ask the vet, ask the butcher, ask the girls at the cafe down the road... everybody was worried she was out for Mathew's money."

Police also had their eyes on Darcy.

She had a criminal past and had been involved in two incidents involving her ex partners.

In 2009, Darcy, struck her ex-husband Colin Crossman on the head with a hammer as he slept.

Days later she sedated him, before burning down their house while he and her son were sleeping inside.

She was later charged with attempted murder but ended up striking a deal and pleading guilty to the lesser charge of destroying property by fire.

She also spent time in jail after fabricating an assault against another former partner, Fred Nicholson, and stealing his credit cards.

But despite Darcy's criminal history, Partridge says "[Dunbar] was fully supportive of her".

Dunbar was "by all accounts, the most generous man," says Partridge.

"He was very community minded, he was involved in all the local boards or local shows, the poultry club, and doing the sort of small tasks that went thankless, but he did them anyway." 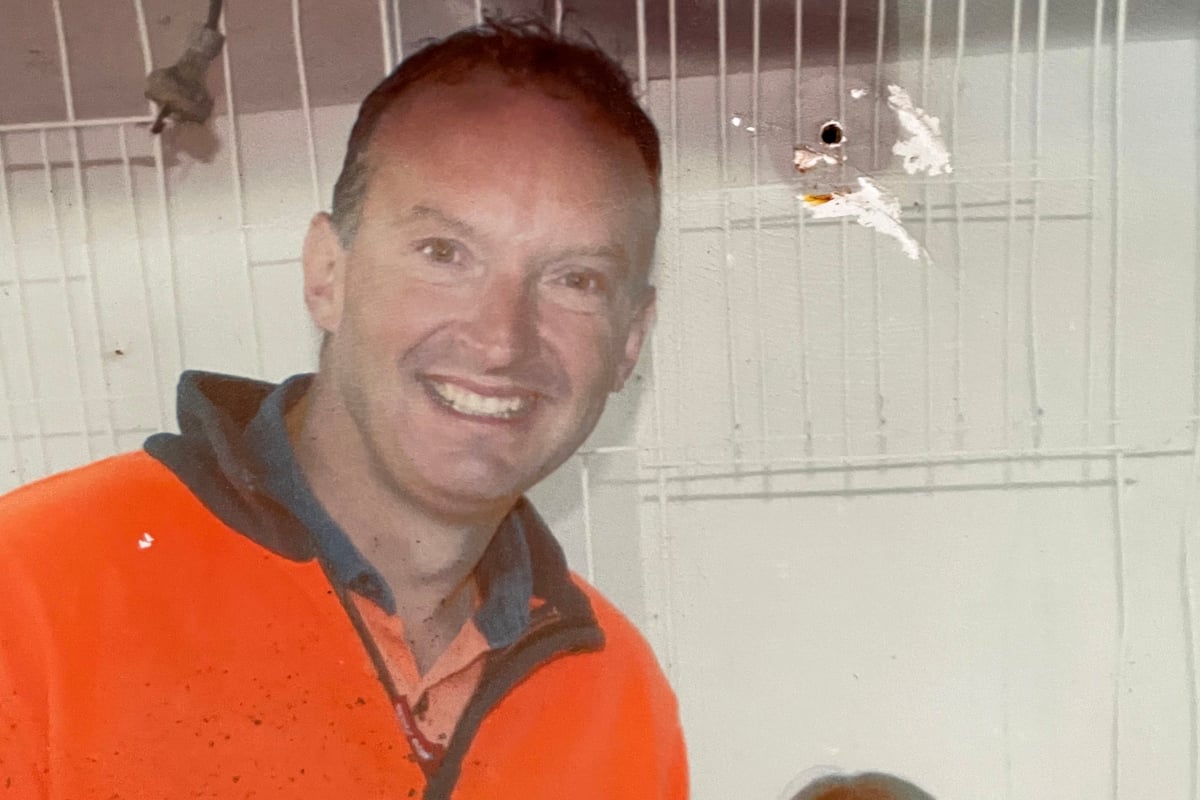 Darcy was arrested in November 2017, four months after Dunbar's death.

She was accused of sedating her partner using a cocktail of sedatives that'd been blended in a Nutribullet, before moving a gas tank into his room and gassing him in his bed.

One of those sedatives was acepromazine - also known as ram sedative - which Darcy asked her local vet for.

"The vet had reported Natasha to the police because she'd come into the local vet and asked for this ram sedative that she had absolutely no use for. She had nothing to do with the day to day running of the farm and the vet actually ended up following it up [with police because] she was so worried," Partridge explained.

A few weeks before Dunbar's death, Darcy was also accused of taking part in what would later become known as a "dry run" of the murder, where she injected his calf with the ram sedative, causing him a significant leg injury.

Partridge said this injury caused Dunbar "extreme misery in the weeks leading up to his death" and saw him worry about the future of his farm.

"He spent the final weeks of his life in and out of hospital and at one stage, he believed that perhaps his leg may need to be amputated," she said. "But his condition improved in the weeks leading up to his death."

During the trial, Darcy pleaded not guilty to murder, but did plead guilty to aiding and abetting Dunbar's suicide.

In support of Darcy's claim that her partner had killed himself, her barrister Janet Manuel SC cited his leg injury, his depression, a suicide threat in June 2017 and his subsequent admission into a psychiatric unit.

She also referred to a suicide death of a close friend and his confused sexuality.

Darcy had previously told police that Dunbar was gay and that they did not have a sexual relationship.

"That was a lot of his depression. Being a tough farmer, being gay," she told officers, in what has been described as a bizarre interview.

A close friend of Dunbar later testified in court, saying "he wasn’t gay". 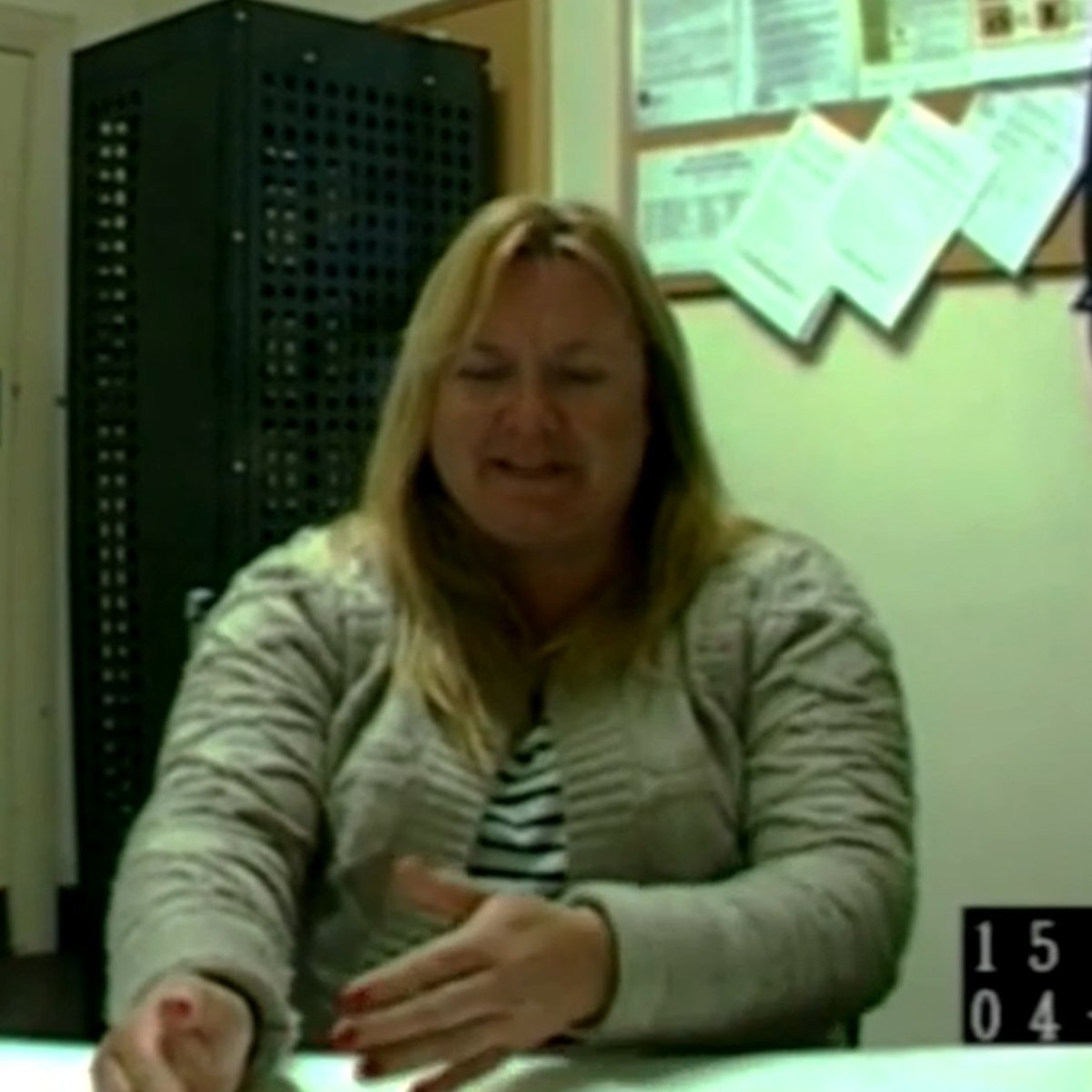 Prosecutor Brett Hatfield said Darcy "exploited" Dunbar's depression to kill him in a way to make it look like suicide.

Despite Darcy claiming he had received bad news about his leg the day before his death, Dunbar's orthopaedic surgeon testified that he had been "extremely happy" with his improvement.

Prosecutors also claimed Darcy had the callous motivation to inherit her partner's $3.5 million property and alleged she started pushing for Dunbar to change his will after they met.

According to Sydney Morning Herald, in April 2015, one year after meeting, she messaged Dunbar saying, "Can you promise to do one thing for me this week? Call solicitor for appointment to sort your will."

"OK, your silence says it all," she sent mere minutes later, after not receiving an immediate response."

The next month, he changed his will.

By February 2017, she had begun searching for causes of death including poisonous spiders and “toxic plants that look like food”, until the searches progressed to, "how to commit murder".

During her murder trial, prosecutor Hatfield said, "Mr Dunbar may have desperately wanted love and a family, but what did he get?

"A cold and calculating person who was determined to kill him and inherit his wealth."

Hatfield added that Darcy had a "tendency to sedate and inflict serious harm on her domestic partners for financial gain," referring to a $700,000 life insurance policy on her ex-husband Crossman’s life.

The jury was also presented with a bombshell piece of evidence mid-way through the trial; a letter Darcy sent to a friend after Dunbar's death, offering her $20,000 to tell lies about him that would assist her case.

"This woman had never met Mathew and Natasha was asking her to pretend that she'd had a conversation with Mathew, and that he said he was going to suicide in the lead up to his death," said Partridge. "What's particularly nasty about this is that the woman she asked has had her own battles with mental health and she used that against this poor woman."

Partridge said the verdict brought "a lot of sadness" but also "a great sense of relief" to the community.

"At the end of the day, Mathew Dunbar was a beautiful part of the community of Walcha, and everybody still missed him and was still grieving their loss. But on the other hand, I think people were just glad that Natasha had gone down, they were glad to see justice being done for Mathew and for all the lies that she told for everybody to be laid bare and for the jury to find her guilty."

In February 2022, Darcy was sentenced to 40 years in prison.

However, many say that if she had committed the murder in another town, she may have gotten away with it.

"Because of the local police and because of their knowledge and the people of Walcha coming forward, the police acted so swiftly. So had it just been ruled a suicide, I don't think the police would have got out there straight away. It was declared a crime scene straight away," said Partridge.

"I think that definitely the local police and the people of Walcha had a lot to do with bringing Natasha down."