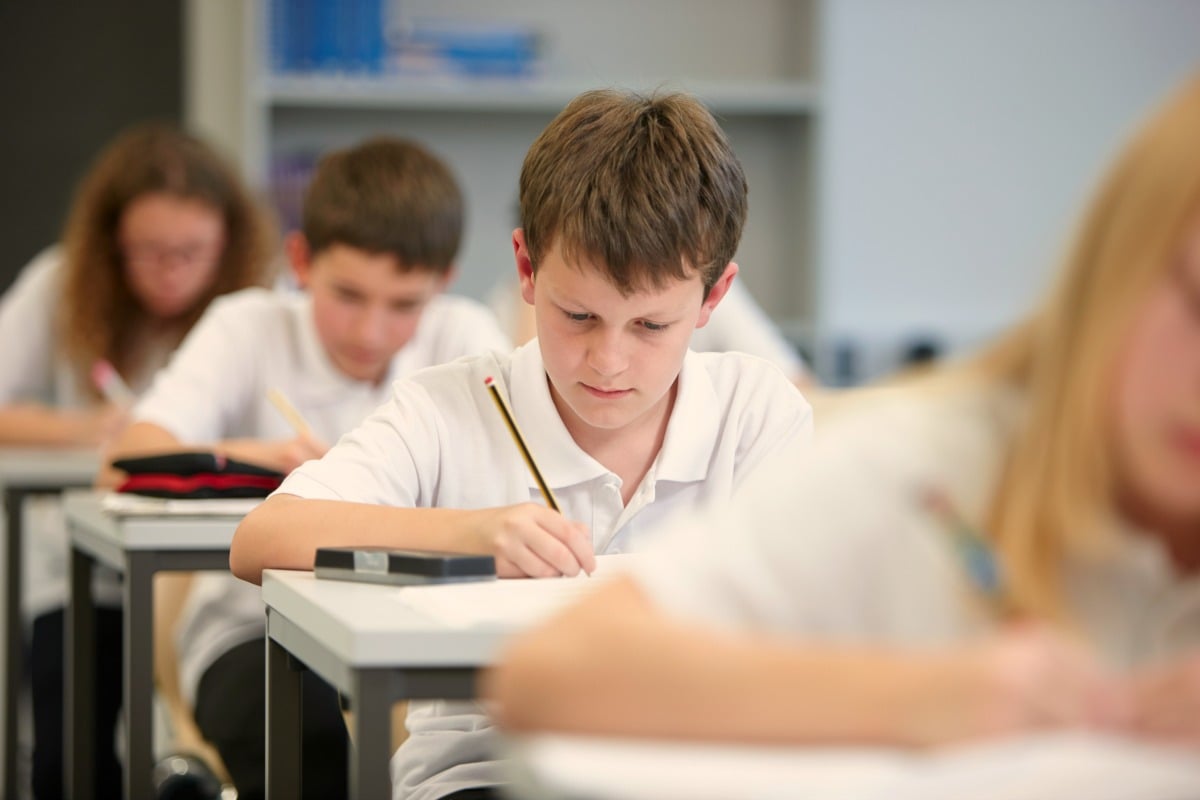 The preliminary results from this year’s NAPLAN tests were released today, showing a decline in the writing skills of secondary school students since the past decade.

While primary school students improved in many areas since last year, students in year 7 and year 9 performed below the 2011 average for writing.

Federal Education Minister Dan Tehan, said: “Overall, the results for 2019 show that since NAPLAN started in 2008, there have been gains in most test areas, particularly in the primary years.”

Tests were taken online for the second time this year by half of the nation’s schools.

The program suffered a number of technical issues, with students unable to log in or losing connectivity during the test. Those students affected were able to re-sit the tests but a disclaimer was issued that the results should be “interpreted with care”.

In a controversial move, Victoria’s education minister James Merlino has announced for an overhaul of NAPLAN to make the program more relevant for year 9 students by linking their results to future job applications.

“These results don’t reflect what students are capable of and we must investigate options to ensure our year 9 students are more engaged. This is about making the test more relevant, not adding unnecessary stress to NAPLAN,” said Mr Merlino.

It sounds good in theory but what do teachers and parents – the ones who ultimately deal with our children’s anxiety and stress about NAPLAN – think about the test?  Here are 11 parent’s and teacher’s opinions.

Francesca – “It was a waste of time”

With children that are now adults who did their NAPLAN I still feel strongly that it was a waste of time, with undue pressure on children and their teachers who were encouraged to change the curriculum and review review review so the school would then rank well in NAPLAN.

Laura – “I hate it and the kids hate it”

Teacher here, I hate it and the kids hate it. It’s not an accurate reflection of their learning. The school freaks out and starts doing NAPLAN prep which takes time away from the already overloaded curriculum.

I’m a parent and I don’t put any emphasis on it for my kids. I say it’s just a test to see what you know, some questions you’ll know, some you won’t. Just try your best. The last results I didn’t even show my son, he didn’t ask about it and I didn’t see the need to tell him. I just filed them away. I’ll do the same this time, though my middle son will want to know his results but I won’t make a big deal about it.

This Glorious Mess takes on NAPLAN: Holly Wainwright and Andrew Daddo try their hands at some Year 3 and 5 NAPLAN questions, on our podcast for imperfect parents. Post continues after audio.


Yaël – “As a school ranking tool, it is useless”

Having put three children through it, taught at all levels of schooling and done NAPLAN marking courses, I can truly say that as a school ranking tool it is useless. As a diagnostic tool it can be useful for schools but as a measure of skill in writing (creatively or persuasively) it is very formulaic. I don’t agree that testing equals teaching and would love to dump it, to give teachers time to teach in a deep immersive way.

I’m a teacher and a mum. I’ve been off teaching this year but I just tell my own children it’s for the teachers, not them and it’s so we can track progress. That’s it. They won’t be graded on it and they don’t need to worry. I was going to give them the option of not doing it but then thought, no, it’s a part of life to sometimes do things that we don’t always want to do and it’s good for them to get used to exam conditions as this is a part of life when they continue their education. It shouldn’t be scary and I don’t think so much weight should be placed on it.

I honestly do not see the issue. Our school does it but the teachers downplay it and just tell them to do their best. Both of my kids don’t care at all. I did tests all the time at school. We were warned about upcoming tests and we just did them. I think the hoohah about NAPLAN is just creating issues for the kids.

As a teacher, we downplayed it at my school.  It’s just another task we have to do, no big deal (obviously we want them to do well but want to cause zero stress). I did overhear two boys from year 5 reassuring each other though. One said “Don’t worry about NAPLAN, it’s just to check the teachers are doing their job properly”. From the mouths of babes hey?

I’m both a teacher and parent. I despise it. It’s one snapshot, on one day, which gives an indication of progress – not a definitive and overall view of ability. It helps schools to gauge how they are going, plan and reflect, but now government/parents/society/media place such a huge emphasis on it, it has changed meaning. My son will do it for the first time next year, and I’m thinking of taking a well timed holiday.

Kylie - "It causes worry to students and teachers"

Teacher and parent here. NAPLAN is another diagnostic tool that uses our students/children as tiny robots. It’s not a true indication of academic progress of an individual student and the results attained by each school isn’t a true indicative of the schools overall performance. It causes worry to students and teachers, especially if the teacher is on year 3 or 5 has been pressured by their Principal to teach to NAPLAN. I've also heard of students being absent because of NAPLAN.

I’ve worked at schools who have also asked teachers to write the names of students that they think shouldn’t participate in NAPLAN for various reasons. Standardised testing for students with English as an additional language puts them behind the eight ball. They may be able to write an explanation, but perhaps not in English. It doesn’t make them less intelligent.

Make it illegal for high schools to request NAPLAN results as part of application process and I bet 95 per cent of stress would disappear. Schools should not be able to use NAPLAN results in marketing.

Kim - "Tests are just a part of all school"

As a parent, we don’t make a big deal of it at all so our kids (five have gone through it so far) have never really been anxious about it. We take the approach that tests are just a part of all school and it just lets you know what areas you haven’t learnt yet. I’m still learning new things (I’ve gone back to uni at the age of 39) so I tell them there’s no stress in learning, even mums need to learn new things! Our school is also pretty low key about it all so all in all it’s not a big deal in our house.

What do you think about NAPLAN? Tell us in the comments below.

If it wasn’t for naplan we’d have no way of telling if our child was either being over emotional about finding reading and spelling difficult, OR if there was a genuine issue to address. School reports yielded no useful data. Teachers’ would day she’s doing well and the “she’s a pleasure to teach”, and “ just read more” comments showed no insight, or direction . NAPLAN, the blunt instrument that it is, showed improvements in all other areas except spelling and writing, which stalled over three successive tests. We sought other non- education professional advice and had the issue addressed and child is in top 5 of top year 10 English class. Finally comparable to performance in other subjects and confidence is improved. We NEED standardisation of some sort- our society runs on it and there is chaos if we don’t have it. So you don’t like naplan? Find something to replace it so parents can be informed and professionals can be held to account.

As a teacher I find NAPLAN completely useless. All it does is put undue stress on the anxious kids and the low stress kids don't care. My own children will be withdrawn from the tests if it is still running when my eldest gets to Year 3, in 2 years time.