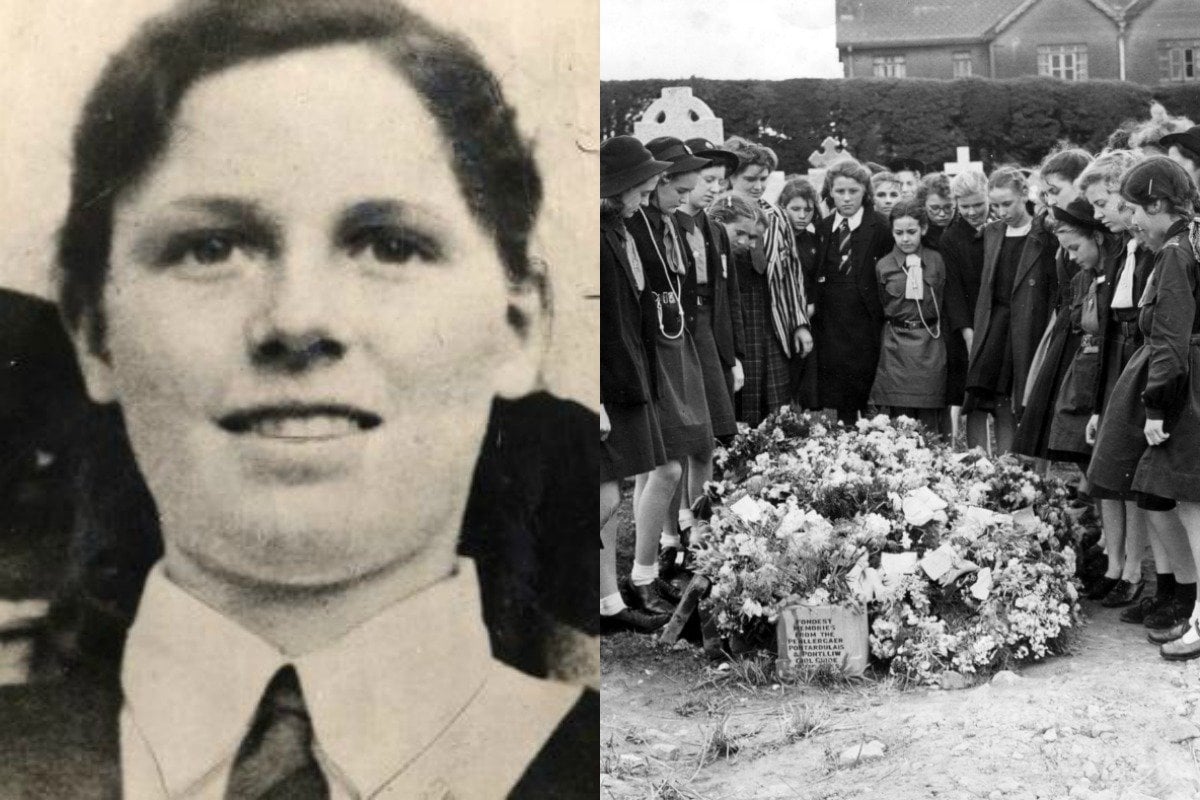 Twelve-year-old Muriel Drinkwater was a choirgirl who dreamed of being a schoolteacher. She was singing on the school bus with her friends, on the afternoon of June 27, 1946, when she was dropped on the side of the road near her family’s farm on the outskirt of Swansea, Wales. She kept singing as she skipped along the path through the woods to the farmhouse.

On the path, she bumped into a boy called Hubert Hoyles, who had just bought some eggs from her mother Margaret.

Margaret was making a pot of tea when she looked through the kitchen window and saw Muriel, through a gap in the trees, just 500 metres from the house. Muriel waved. That was the last time Margaret ever saw her daughter alive.

"She lost sight of her for a few moments," former detective inspector Paul Bethell says in the new BBC documentary Dark Land: Hunting The Killers. "The crime scene is a short distance from the farmhouse. She had been attacked on the lane and then she was dragged to where the body was left."

At first, when Muriel didn’t arrive home, Margaret wasn’t too worried. She thought her daughter must have gone off to play with friends. After a few hours, her father John Percival and other locals began searching for Muriel.

The following afternoon, a police officer found her body in the woods, lying in the undergrowth. She had one hand raised and her eyes were still wide open. She had been bludgeoned, raped and shot twice in the chest. The gun that shot her, a modified WWI-era Colt .45, was found nearby, but the weapon that was used to bludgeon her was not found. Cigarette butts and lolly wrappers were also found nearby, suggesting the killer had been waiting for her to walk by.

Hubert, who regularly visited the Drinkwaters’ farm to buy eggs, was brought in by police. Although he hadn’t seen anyone on the path except Muriel on the day she disappeared, he had seen a man there a few weeks earlier. The man was in his thirties with a local accent, and well-dressed, with "thick fluffy hair". He’d appeared from behind some bushes, asked Hubert what he was doing, and told him to get going.

Police released a description of the man. They visited every home within 400 square kilometres, and interviewed more than 20,000 men living in Swansea, Aberdare and Carmarthenshire. But the killer couldn’t be found.

Muriel’s funeral was attended by more than 3000 people. Her parents, who had been devoutly religious, never went to church again.

"Somehow, they could never bring themselves to go," Muriel’s great-niece, Claire Phillips, told Wales Online in 2018. 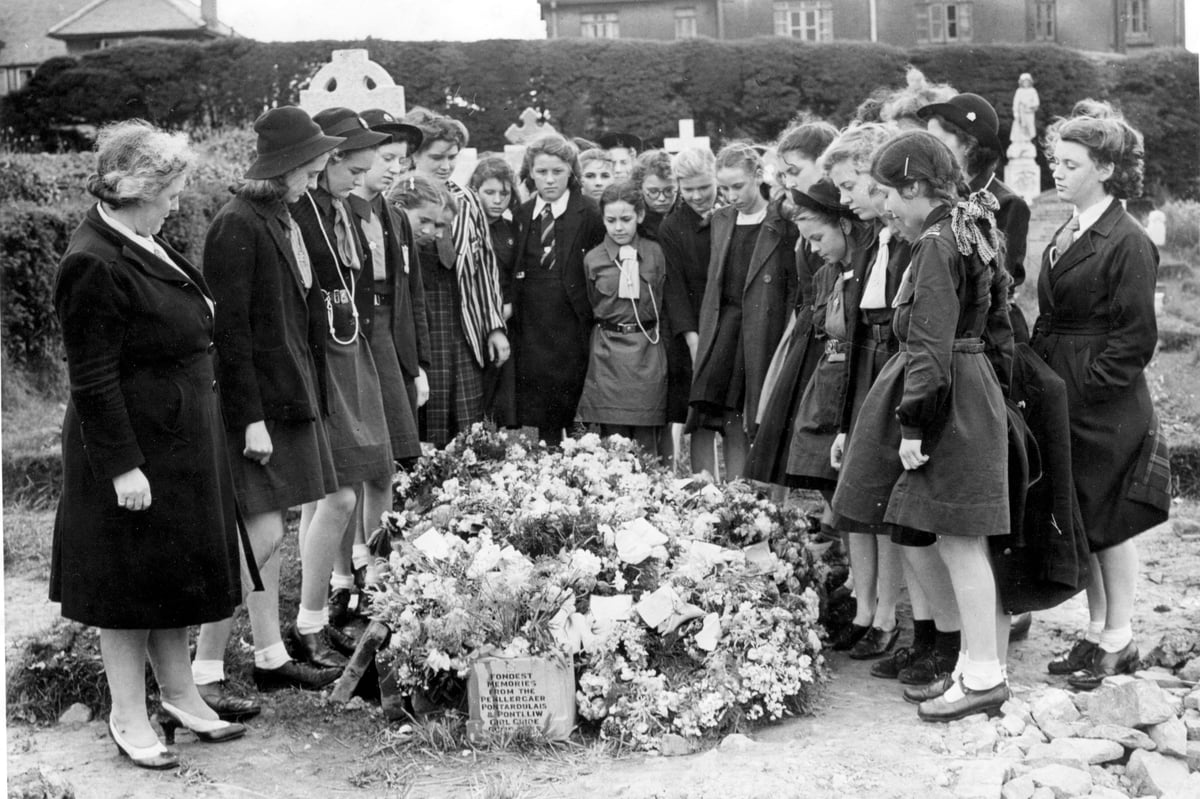 The Drinkwaters moved to England.

"This turned the family upside down," Claire added.

Back in 1921, when Jones was just 15 years old, he had viciously murdered eight-year-old Freda Burnell in Abertillery, Wales. He was arrested, but locals believed he had been framed by the detectives from London. When he was acquitted, he was paraded through the town on the shoulders of the locals and given a gold watch. Days later he murdered Freda’s friend, 11-year-old Florence Little. He confessed to both murders, saying the reason was "a desire to kill", but wasn’t sentenced to death because he was under 16. He spent 20 years in jail, then joined the army, arriving back in Wales just four months before Muriel was killed. But there was no evidence to place Jones at the scene of the crime. He died of cancer in 1971.

In 2003, the case was reopened. Looking through the file, detectives saw that a semen stain had been found on Muriel’s coat. But no one knew where that coat had been kept since the crime. Eventually, in 2008, it was found, in a very dark corner of a storeroom of a police station.

"I found the original clothing," Bethell says. "And we know, even though it had been 60 years since it went into storage, that it is hers. Her name was written in copperplate, Muriel J Drinkwater."

A circle had been marked on the back of the coat by the police who had originally investigated the crime. The semen stain was invisible, but incredibly, forensic experts were still able to get a partial DNA profile from it. It was the oldest case of its kind that they had ever worked on.

"We know 100 per cent that it is the killer's stain," forensic scientist Dr Colin Dark says in the documentary.

Using the DNA evidence, police were finally able to clear Hubert, who’d had a cloud of suspicion hanging over him for more than half a century.

Last year, police had another announcement to make. The DNA evidence had also "categorically" confirmed that Harold Jones was not responsible for Muriel’s murder. It was a disappointment for Muriel’s niece Margaret.

"My mum and her had a very happy childhood on the farm," she told the BBC. "The murder of her little sister had a massive effect on my mother and family. Ideally, I would like to put it to rest, because it's an open case. We still need justice for Muriel."

Justice may still be coming, after 74 years. The documentary Dark Land: Hunting the Killers points the finger at a new suspect: Ronnie Harries. In 1953, Harries murdered two of his relatives, John and Phoebe Harries, who lived on a farm west of Carmarthen. He’d hit John on the head with a hammer, killing him, and then hit Phoebe with the same hammer, before burying her alive. Harries was the last man to be sentenced to death in Carmarthen and the second-last man to be hanged in Swansea. At the time, it was believed that he had committed other murders, but nothing was ever proven

The documentary digs up a newspaper article that says Harries, a farmhand, had worked for Muriel’s father.

DNA has been taken from relatives of Harries but the results have not been made public. A police spokesperson says all cold cases remain under "active consideration".