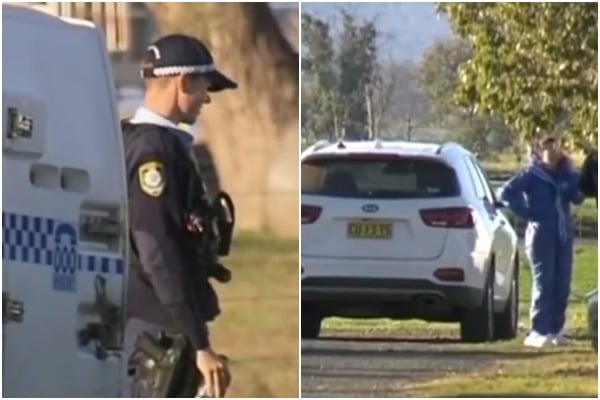 Gunnedah, a town in the north-east of New South Wales, is home to about 10,000 people.

It's an agricultural hub, has one of the largest koala colonies in Australia, and is a solid four and a half hour drive away from the coast.

But right now the small, tight-knit community of Gunnedah is reeling with the news of a horrific murder on the outskirts of town.

WATCH: Some of the coverage the story this week. Post continues after video.

On Wednesday morning, after 7am, a 10-year-old girl was found in a Gunnedah bedroom with serious injuries.

The girl's aunt had only left the house at 6:30am to head out onto the rural property to do some farmwork with another child.

Both the 10-year-old and the woman's 14-year-old daughter had seemingly been asleep when she'd left.

Arriving home to the scene, the aunt immediately dialled triple-0. When paramedics arrived on the property, they attempted to revive the young girl, but she was already deceased. 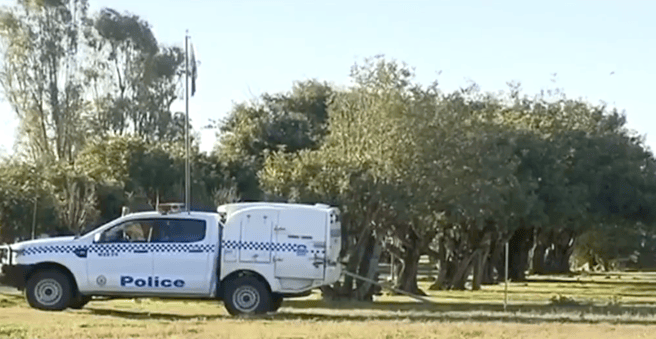 As emergency services swarmed the property, the woman's 14-year-old daughter was nowhere to be seen.

As local police established a crime scene, officers began searching for the missing daughter. They arrested her at 8:30am in a neighbouring property.

News Corp reports she appeared in a "dazed state".

Once at Gunnedah Police Station, the 14-year-old was questioned, while police back at her home conducted a search of the property, which sits on a few hundred hectares of land.

The girls had been spending the NSW school holidays together, with the 10-year-old travelling to her relatives' home from Orange, in the state's central west.

At around 10pm on Wednesday night, detectives charged the teenager with her cousin's murder and remanded her in custody, alleging the murder occurred between 7am and 7:20am. She had no prior history with police.

A 14yo girl is due in children's court tomorrow charged with murder, after the body of a 10yo girl was found in a home at Gunnedah this morning. https://t.co/hPTSicihis

Senior police have told The Daily Telegraph, it is one of the worst alleged murders in recent memory involving young people.

During a court appearance in Tamworth yesterday, the 14-year-old didn't apply for bail and was formally refused. She will now remain behind bars until her next appearance in court in September.

As locals grapple to get their heads around the tragedy, Gunnedah's mayor Jamie Chaffey said the murder had "devastated" his community.

"It's hard to talk about the details as it's a police case, but because we are a small community and people know each other, it will certainly touch a lot of people," he told the Telegraph.

"I can't imagine the pain the families are going through at this time and our thoughts and prayers go out to them. The loss of any member of the community is devastating — but for it to be a young person — it’s particularly devastating. It’s floored me," he added.

In a comment to the Daily Mail, he said the community had been through so much in the past few years with drought and now COVID-19, but were "resilient and supportive of each other" in tough times.

The 14-year-old's family moved to the Gunnedah property more than a decade ago and were well-respected members of the community. 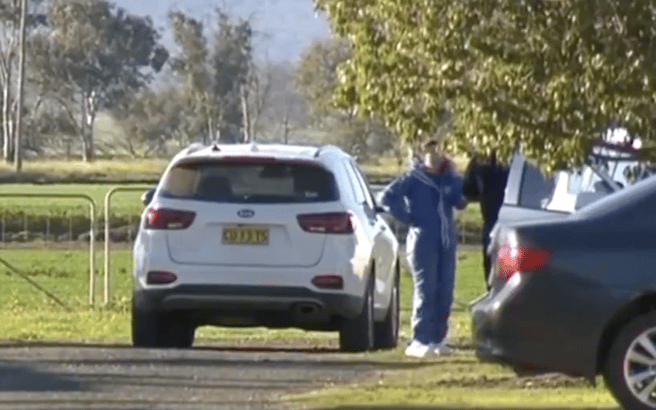 Forensics will remain at the Gunnedah home for days. Image: Nine.

Local John Snape told Ten News the teenager was a "nice kid" and described her family as "nice people".

Forensic police have spent every day since at the property and are expected to remain there for days to come.

The little girl's autopsy with be performed this week to determine her cause of death. Police will not release any details of her ­injuries as of yet, except to say they were substantial.

If you are concerned about the welfare of a child you can get a﻿﻿dvice from the Child Abuse Protection Hotline by calling 1800 688 009, or visiting their website. You can also call the 24-hour Child Abuse Report Line (131 478).