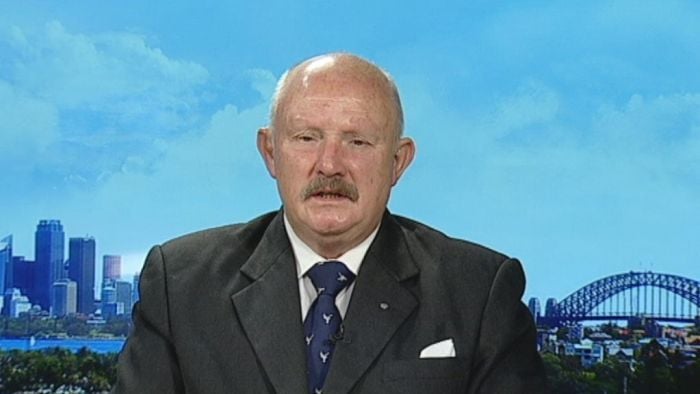 Aviation experts have questioned why the missing AirAsia flight QZ8501 was flying through such a severe storm.

Peter Marosszeky told ABC a relatively light aircraft such as a A320 would struggle in violent tropical storms.

“I suspect very strongly that the aircraft maybe should not have been in that area at that time. But that’s another thing for the investigators to talk about,” Mr Marosszeky said.

International Aviation Security Management Association Asia Pacific vice-president Desmond Ross said severe weather may not have been the only factor involved in the plane going missing.

“I don’t think we should assume immediately it’s been caused by severe weather,” Mr Ross said.

“The reality is that the pilot should not have been in such severe weather. How they could have gotten into it is going to have to be investigated.

“We are speculating, no question of that, but the aircraft is equipped with weather radar and that weather radar looks way ahead of the aircraft – 150 nautical miles would be a normal scan pattern – and he can see where the storm cells are.”

He said the pilot could have gone around the storm cells or turned around and landed back at the departure point.

“The captain of the aircraft is ultimately responsible for the safety of that aircraft in such conditions,” Mr Ross said.

“We really don’t know at this moment what has happened. If it’s weather related, there’s more to it than just the weather. You also have to ask why he was in that weather.”

Mr Ross said even with sudden changes that could put an aircraft in a near stall condition, pilots usually had time to recover.

“It shouldn’t lead to a catastrophic crash,” he said.

The flight path of the missing plane.

“Even if the aircraft stalled at 38,000 feet, there are recovery techniques and it has a lot of air space to descend through before hitting the water or the ground during which time it should be possible to recover from the stall.”

Mr Ross said he was not surprised a distress call did not go out straight away because the pilots would have been putting all their energies into flying the plane.

“The old aviation mantra is one of fly your aircraft, ‘aviate, navigate and communicate’,” Mr Ross said.

“So the two parts – the first thing they have to do is try their ultimate best to save the aircraft to prevent a catastrophic incident.

“There are two pilots on the flight deck and one would hope that a distress call could be sent out, even in in such an extreme emergency.

A sign informing relatives of passengers on board the Air Asia flight that a waiting area has been set up.

“If they were using all their arms and legs to try to save the aircraft, they simply may not have had time to do it.”

“I would imagine that the pilot would be very busy and he would be trying to control his aeroplane,” he said.

“There’s only two pilots in a cockpit and I would say that both of them would have been working pretty hard to try to keep the aeroplane in a straight and level condition.”

A
Angel 7 years ago

Why do we give speculators oxygen "maybe shouldn't have" I'm no aviation expert and could have said that with no evidence. Really hate how media get experts to speculate just causes more stress and grief for everyone...it's quite irresponsible.

Have you SEEN the weather picture? Thunderstorms in all directions - could not have been avoided. Plus, those Air Asia planes are NOT fitted with up-to-date radar. A Qantas plane would have had a 200km advantage over this plane in terms of time to consider whether to turn tail. RIP poor passengers. I hope they all had someone to cling to.