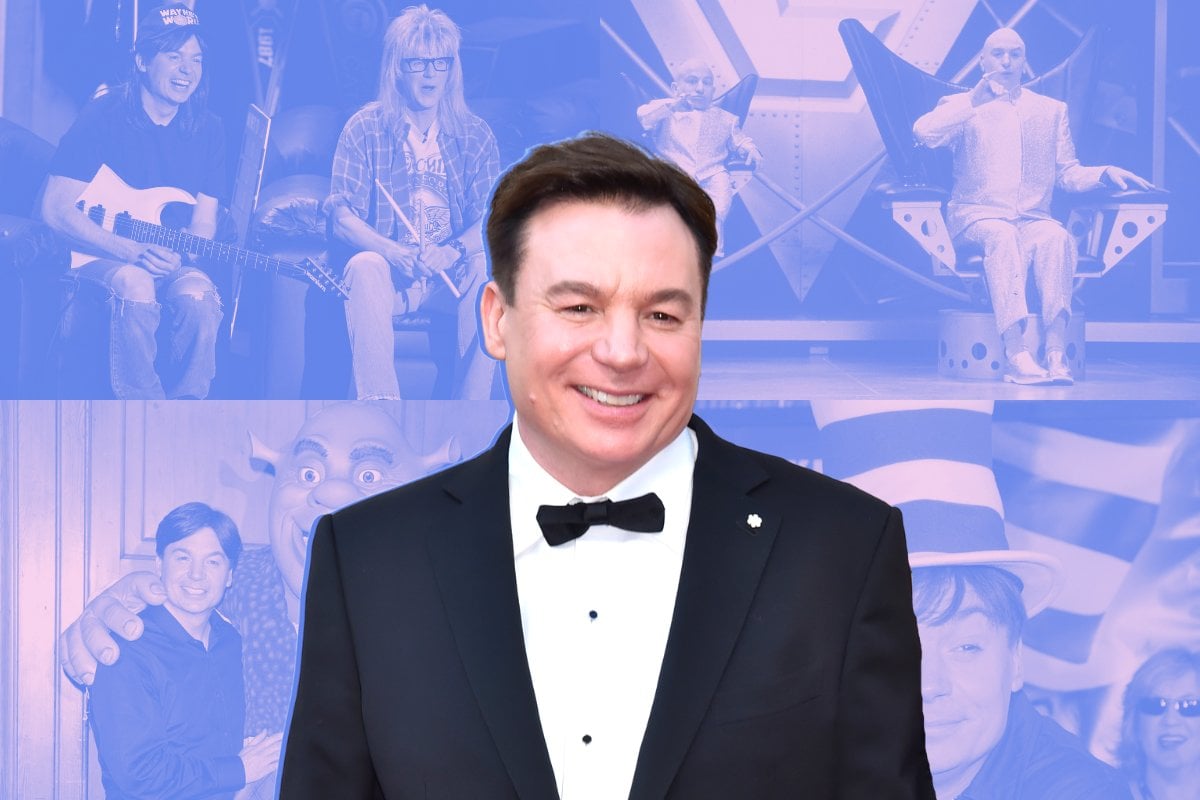 You couldn't move in the late 90s without someone quoting a Mike Myers movie.

Whether it was Austin Powers, Dr Evil or Wayne Campbell, the actor and his comedic characters were everywhere.

The Canadian actor made the jump from Saturday Night Live to movies in the mid-90s, and had successive hits with Wayne's World and the Austin Powers series. In the early 2000s, his rise continued as the voice of ogre Shrek, in, well, Shrek.

And then, Myers' star power dwindled. After a few critical bombs, cameo appearances and lawsuits, Myers all but vanished from public life. He's popped back every now and again, but mostly, Myers, now 58, has been living a quiet life in New York with his wife and three children ever since.

The first speed hump in Myers career came in 2000, after Wayne's World and the first two Austin Powers films, but before Shrek.

That year, Myers walked away from a project titled Dieter, which would have been a comedy based on an SNL sketch about a German TV host, sighting issues with the script.

He was then sued, first by Universal for US$5 million and then by production company Imagine Entertainment for US$30m for breach of contract.

Myers counter-sued, citing "violations to [his] right of privacy, abuse of process, and fraud on the part of Universal."

Eventually, the stand-off ended, and all lawsuits were dropped. Dieter would never be made, but all the parties agreed to work together on another project, the live-action adaptation of the Dr. Seuss classic The Cat in the Hat.

That led to more drama. The film was a critical bomb and a commercial failure, making just above its budget at the box office. But the biggest criticism came from Dr. Seuss' widow, Audrey Stone Geisel, who decided to deny any further live-action adaptations of her husband's works. 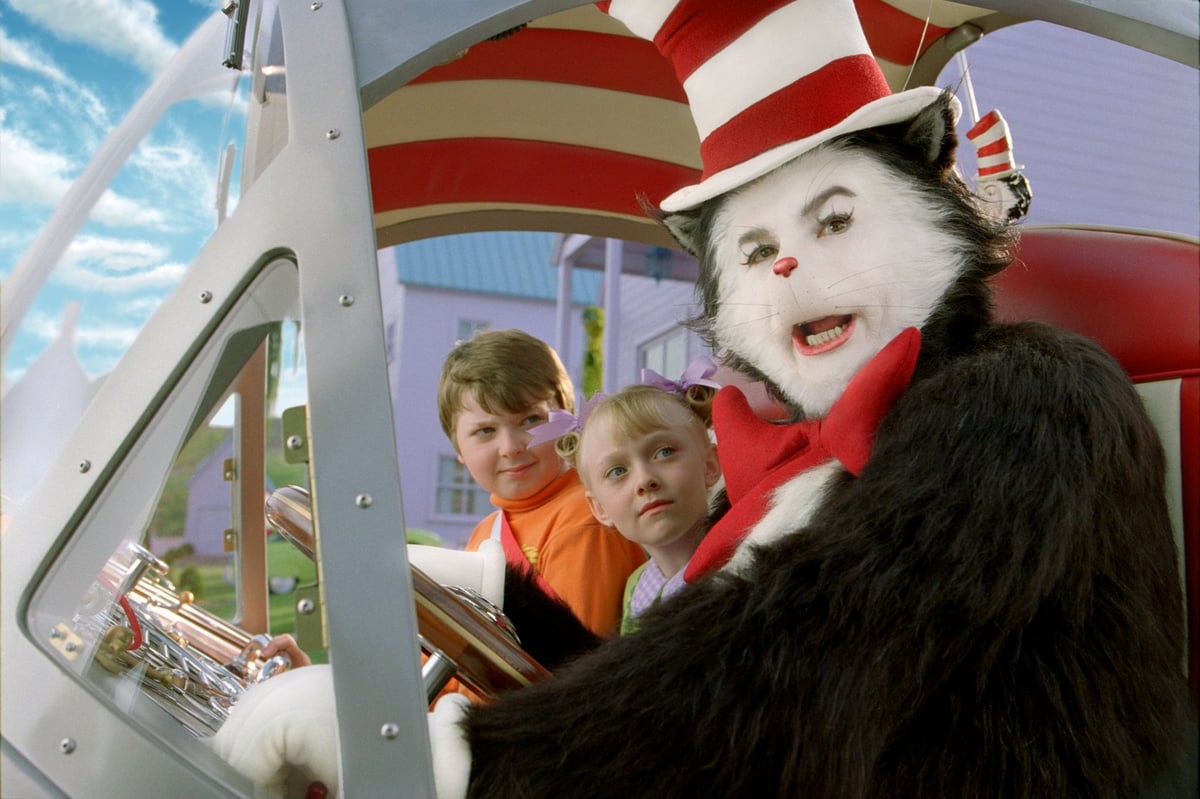 In 2016, 12 years after its release, Myers faced renewed criticism over the film when co-star Amy Hill told The A.V. Club about his alleged 'diva' behaviour on-set.

"If I saw him today, I don't think he'd even remember who I was. He is like a little hermit. He would come in and, I guess, be in hair and makeup. We would wait. I'd be there at the crack of dawn, waiting. We would all be waiting for Mike Myers to come... It was just a horrible, nightmarish experience. I don't think he got to know anybody. He'd just be with his people and walk away," she recalled.

"There was a guy who held his chocolates in a little Tupperware. Whenever he needed chocolate, he'd come running over and give him a chocolate. That's what divas are like, I guess. Or people who need therapy."

It wasn't the first time these kinds of rumours swirled about Myers.

In 2008, Wayne's World director Penelope Spheeris said in an Entertainment Weekly profile he was "emotionally needy" and "got more difficult as the shoot went along". She also said she had to enlist her own daughter to be Myers' on-set 'snack wrangler'.

Rob Fried, who produced early 90s movie So I Married an Axe Murderer, also told The Telegraph in 2017: "I think Mike's a visionary, but his way of getting what he wants is to remote and threaten and express anger." 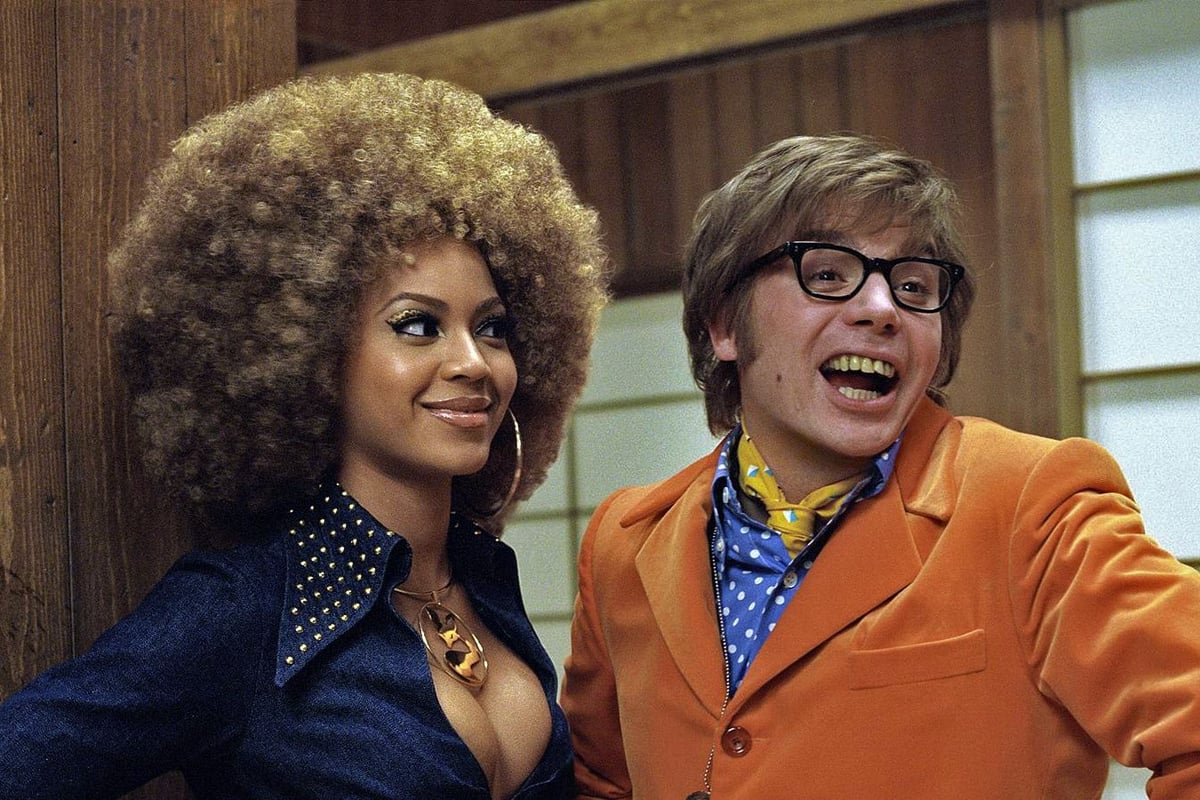 Despite the failure of The Cat in the Hat, Myers continued to work heavily throughout the decade thanks to the lasting success of Shrek. He reprised his voice role for Shrek 2 (2004), Shrek the Third (2007), the Christmas and Halloween television specials Shrek the Halls (2007) and Scared Shrekless (2010), and Shrek Forever After (2010).

But aside from being everyone's favourite green ogre, Myers' career had started stalling.

His second career disaster came with 2008's The Love Guru, which he wrote, directed and starred in. The film lost at least US$20 million, and the New York Times described watching it as "an experience that makes you wonder if you will ever laugh again".

After a small role in Quentin Tarantino's Inglourious Basterds in 2009 and a short film called Oscar Etiquette in 2012, Myers semi-retired from acting.

For six years, Myers laid low. He did not act, but appeared in a number of documentaries.

In 2014, he told GQ that despite his immense success; he was virtually never offered roles.

"Since 1991 I have received fifteen scripts... I do turn virtually everything down." 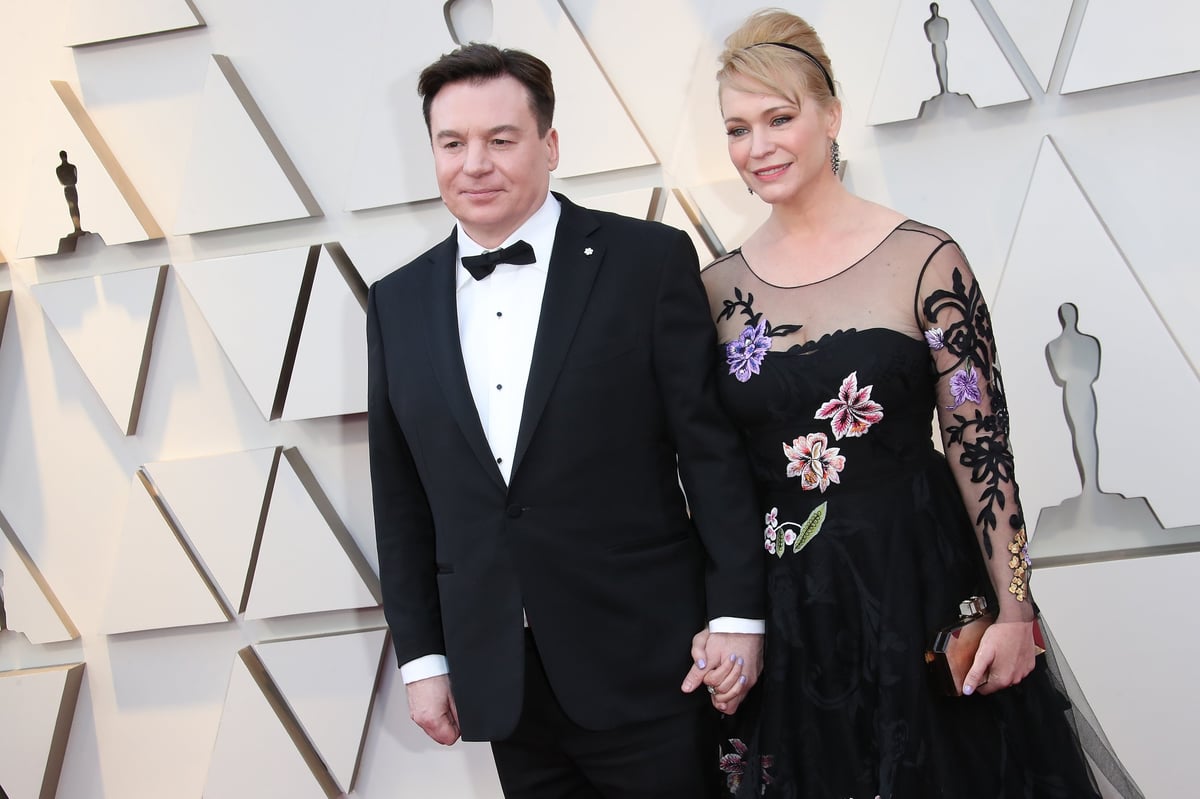 Myers and his wife Kelly Tisdale at the 2019 Oscars. Image: Getty.

Myers told GQ that in his spare time he makes music, paints and writes poetry. His passion for the creative work is clear, but it's the byproduct of this - fame - that he wants to avoid.

"I call fame the industrial disease of creativity. And it is. Fame can be so toxic that it has reproductive harm," Myers said.

"It's more ego death than it is ego restoring. Mostly the exposure that comes with fame is like putting your penis on the table and having everybody saying 'that looks like a penis, only smaller.'"

In 2018, he returned to film with a role in crime-thriller Terminal and the Bohemian Rhapsody Queen biopic, only to disappear again.

However, a proper comeback appears on the cards for 2022.

Netflix will host a miniseries written by Myers called The Pentaverate. He will - in typical Myers fashion - play at least six different characters in the comedy about what life would be like if a secret society has been working to influence world events for the greater good since the Black Plague.

Perhaps, Myers and his many, many hats will soon return to public life. Just don't mention one of those hats... you know, the one involving a... cat.