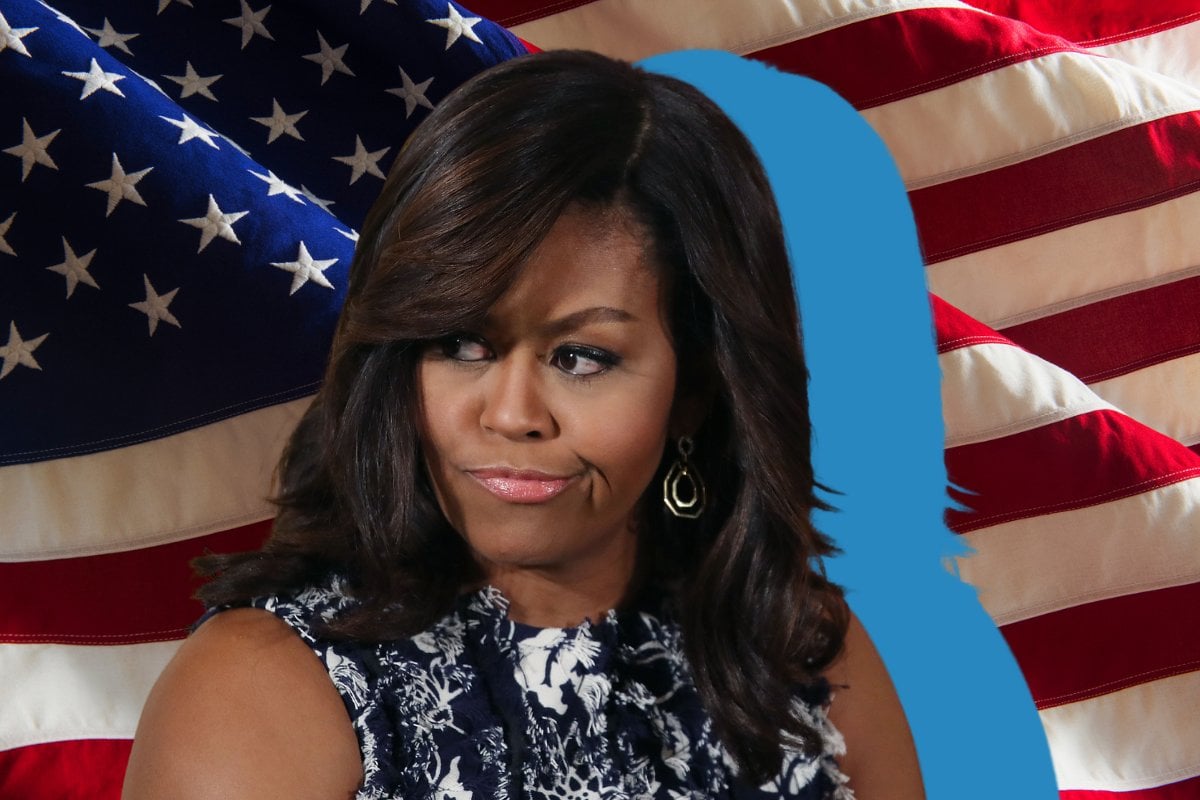 In 2016, the Obamas were - like so many - shocked by the outcome to that year's presidential election, which saw Donald Trump win the electoral college system to become the next President of the United States.

It was not how Barack Obama, president for eight years, and his wife Michelle Obama wanted the election to go. They had campaigned for ally and fellow Democrat Hillary Clinton.

The Obamas found themselves in the position of needing to assist Trump and his campaign in a smooth transition to power.

Four years on, Trump is being uncooperative with President-elect Joe Biden and his incoming administration following his 2020 election loss.

Now, Michelle Obama has reflected on the couple of months between the 2016 election and Trump's January 2017 inauguration, offering a message to the current President.

"I was hurt and disappointed - but the votes had been counted and Donald Trump had won. The American people had spoken. And one of the great responsibilities of the presidency is to listen when they do," she wrote in an Instagram post.

"So my husband and I instructed our staffs to do what George and Laura Bush had done for us: run a respectful, seamless transition of power - one of the hallmarks of American democracy. We invited the folks from the president-elect's team into our offices and prepared detailed memos for them, offering what we'd learned over the past eight years."

The Obamas and Trump had plenty of bad blood, but that was put aside for the sake of their nation.

"I have to be honest and say that none of this was easy for me. Donald Trump had spread racist lies about my husband that had put my family in danger," Obama wrote.

Trump had falsely claimed that the first Black president was born in Kenya and therefore not a natural born US citizen and ineligible for the presidency. It was baseless and racist.

Even after Obama’s birth certificate was made public, Trump continued to express scepticism about the president's citizenship.

The former first lady said she wasn't ready to forgive Trump for that, but had to find "the strength and maturity to put my anger aside" to assist the transition.

"So I welcomed Melania Trump into the White House and talked with her about my experience, answering every question she had - from the heightened scrutiny that comes with being First Lady to what it's like to raise kids in the White House," she wrote.

"I knew in my heart it was the right thing to do - because our democracy is so much bigger than anybody's ego." 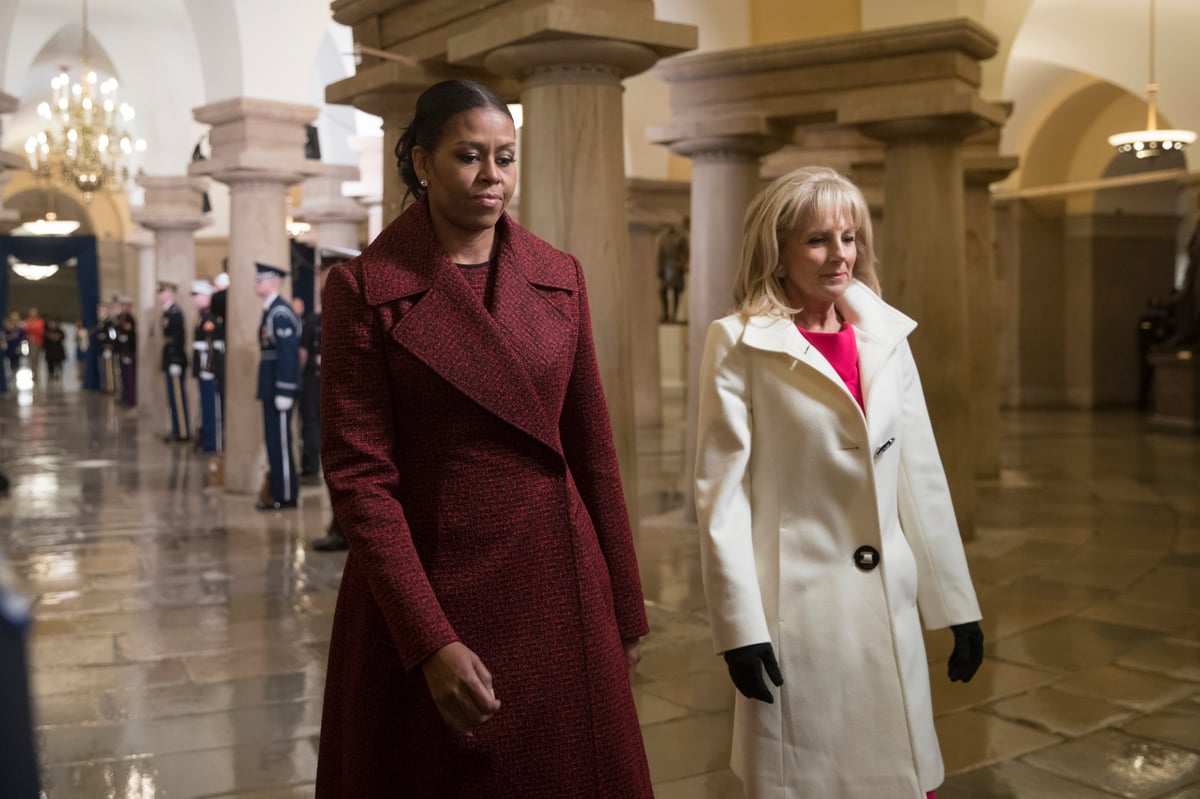 The presidential transition process has not officially started because Trump has refused to accept President-elect Joe Biden's victory, falsely claiming voter fraud and that the election was "rigged".

The Trump campaign has filed a flurry of lawsuits, part of a larger strategy to overturn the election results in key battleground states, but has made no headway.

For almost two weeks since the November 3 polls, Trump has ranted on Twitter - which has flagged most of this recent tweets as 'disputed'.

I WON THE ELECTION!

The Radical Left Democrats, working with their partner, the Fake News Media, are trying to STEAL this Election. We won’t let them!

RIGGED ELECTION. WE WILL WIN!

Obama had a message for Trump, though she didn't name him directly.

"Our love of country requires us to respect the results of an election even when we don’t like them or wish it had gone differently - the presidency doesn't belong to any one individual or any one party.

"To pretend that it does, to play along with these groundless conspiracy theories - whether for personal or political gain - is to put our country’s health and security in danger. This isn't a game."

She said she was urging "all Americans, especially our nation's leaders, regardless of party" to "honour the electoral process and do your part to encourage a smooth transition of power, just as sitting presidents have done throughout our history".

The transition is always a crucial part of American democracy to ensure the incoming administration can hit the ground running and protect national security, but is particularly important this time due to the country's spiralling COVID-19 infections. 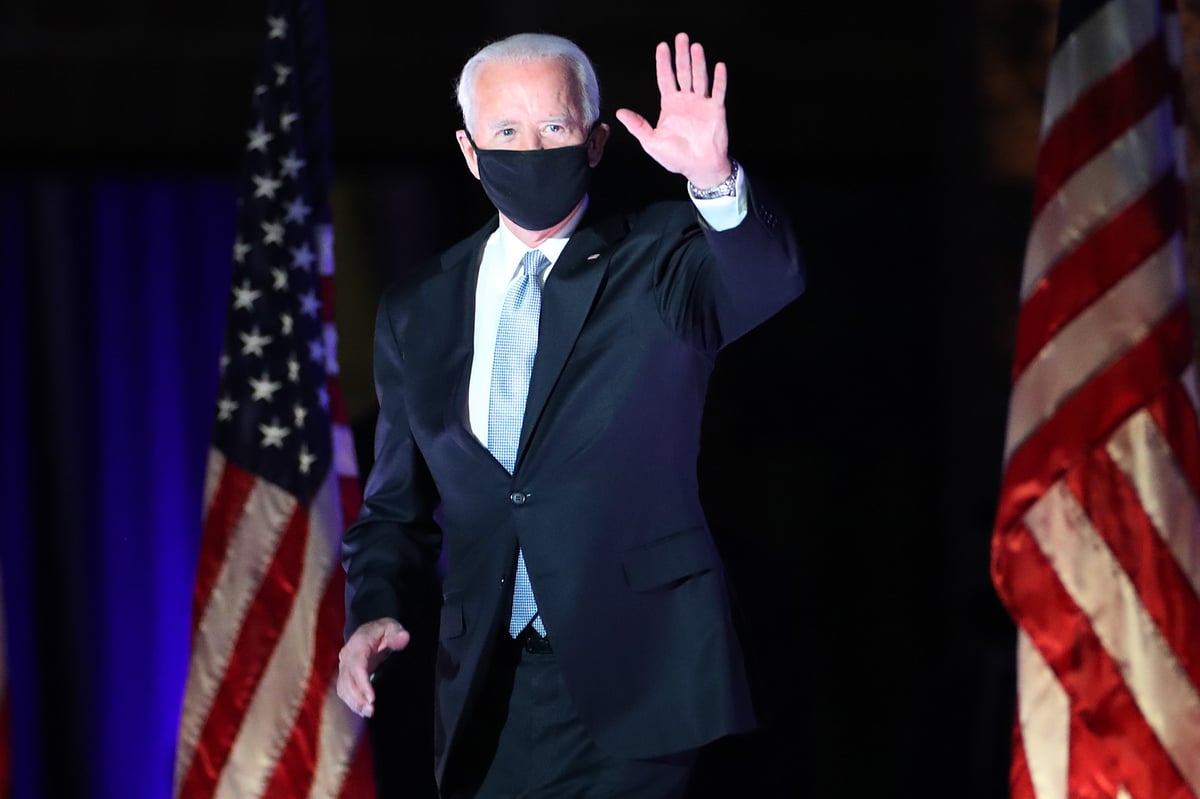 President-elect Joe Biden takes stage at the Chase Center to address to the nation November 7, 2020 in Wilmington, Delaware. Image: Getty.

Top US infectious diseases expert Anthony Fauci said federal officials should be able to begin communicating with Biden's team to ensure a smooth transition in the fight against the outbreak.

"Of course it would be better if we could start working with them," Fauci told CNN when asked whether co-operating with Biden's team would serve the public interest. He likened the process to "passing a baton in a race".

Ron Klain, Biden's pick for chief of staff, is calling on the Trump administration to start working with Biden's transition team so they can address the pandemic and "nothing drops in this change of power".

"Joe Biden is going to become president of the United States in the midst of an ongoing crisis. That has to be a seamless transition," Klain told NBC News.

Biden's advisers will start meeting with officials from drug companies such as Pfizer in the coming days to prepare for the distribution of a coronavirus vaccine, Klain said.

The US has seen far more confirmed cases and deaths than any other nation, with over 246,000 virus-related fatalities in a population of about 330 million.

Reply
Upvote
Michelle is one of the classiest and most decent and earnest First Ladies America has ever had.  To go from her to Melania was a massive step down; more like a plummet down, and not just because she posed naked for men's magazines.  Jill seems like Michelle, and like Michelle, will actually be an involved, hands on First Lady.

Reply
Upvote
How is it racist to say that Obama was born in Kenya. It is not true but also not racist.

Reply
Upvote
4 upvotes
@michael suggesting or placing doubt on someone’s origin of birth or claiming they were born in a country they were not due to their name/background/colour of their skin is 💯 racist. Especially when the person has informed all that he was in fact born in the county- and had that refuted publicly as a means to shame and delegitimise his connection to his country of origin. Not to mentioned having had to pass rigorous background checks to even run for office. The intent demonstrates the racism.
News
General
Opinion
True Crime
Politics
Sport
Explainer
Entertainment
Celebrity
Reality TV
Movies
TV
Books
Rogue
Royal
Lifestyle
Beauty
Fashion
Weddings
Home
Wellness
Health
Fitness
Travel
Food
Parents
Before The Bump
Pregnancy
Baby
Kids
Teens
School
Parent Opinion
Work & Money
Money
Finance
Career
Lady Startup
Relationships
Sex
Dating
Separation
Friendship
Family
Real Life
Couples