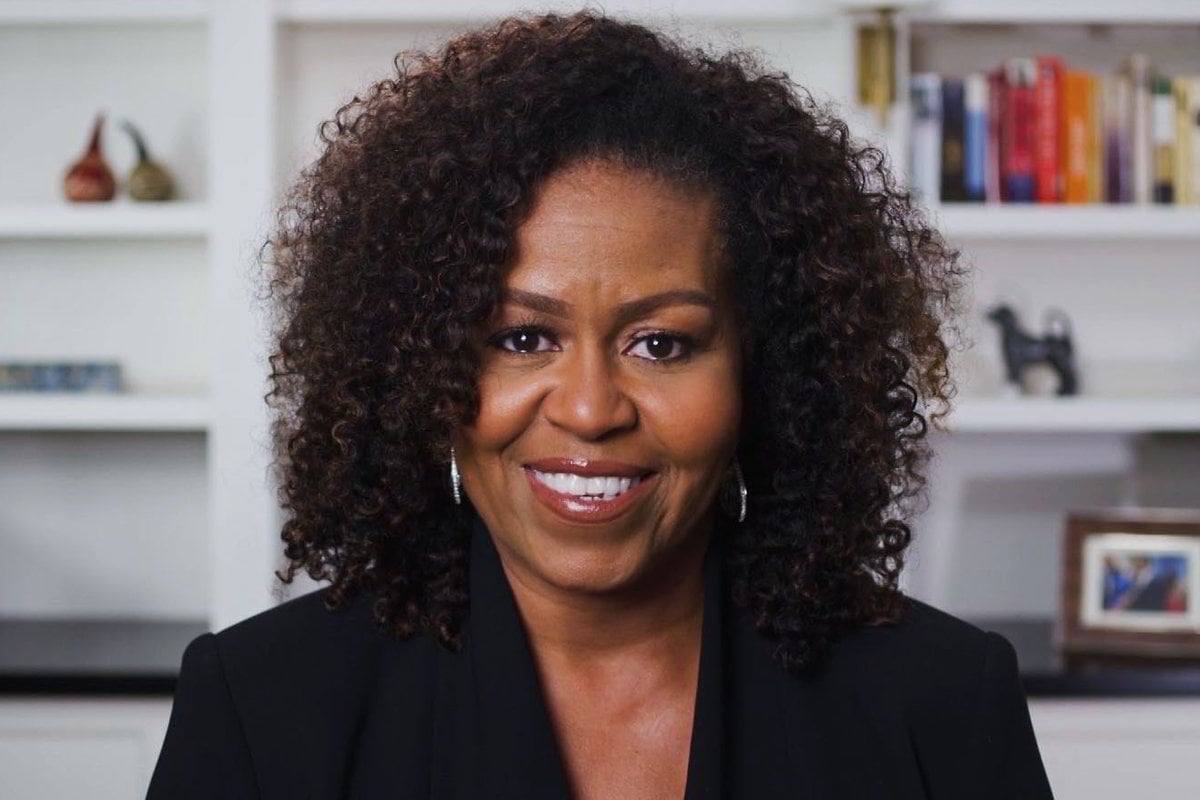 Michelle Obama has always been a force – and source – of female empowerment.

In the most recent episode of her podcast on Spotify, the former first lady speaks about a range of health issues, including menopause and Western society’s view of a woman’s 'invisible years' – a term used to explain the way women "are increasingly treated as if they're invisible as they age," according to Psychology Today.

﻿﻿"Women of a certain age, we lose our value in society – unlike men, who gain value the older they get," the 56-year-old said in her conversation with Sharon Malone, a longtime friend and Washington, DC based obstetrician and gynecologist.

"Those images are propagated on television where you see the frumpy, funny old guy, with the young, vivacious [woman], or even if she's our age, she is perfect," Obama continued. "The woman always looks a lot better than her husband in the movies, and it's like well, how is she with him?"

Obama said there is a common feeling amongst women in her generation who feel as though they have to maintain the appearance of youthfulness to retain social currency.

"I've heard a lot of women my age feel like, as with each age, they feel less seen in a public place. You know, no longer do heads turn, because heads only turn in your twenties or thirties, or maybe forties.

"Women are rewarded for not looking their age."

The former first lady emphasised that this as a damaging mindset.

Along with society’s perception of the ageing process, Obama also spoke about the taboo nature of menopause and the need to better accommodate the needs of women when going through their final menstrual period.

Obama said she distinctly remembers having a hot flash on Marine One, an aircraft that carries the President of the United States, right before an important event.

"It was like somebody put a furnace in my core and turned it on high, and then everything started melting," she recalled.

She continued: "What a woman’s body is taking her through is important information. It’s an important thing to take up space in a society, because half of us are going through this but we’re living like it’s not happening."

Obama, who was thefirst lady for eight years and is the mother of two daughters, said her husband, former President Barack Obama, was "surrounded by women in his cabinet, many going through menopause and he could see it".

His response, she explained, was "he didn’t fall apart because he found out there were several women in the staff that were going through menopause," but instead he simply said, "well turn the air conditioner on." 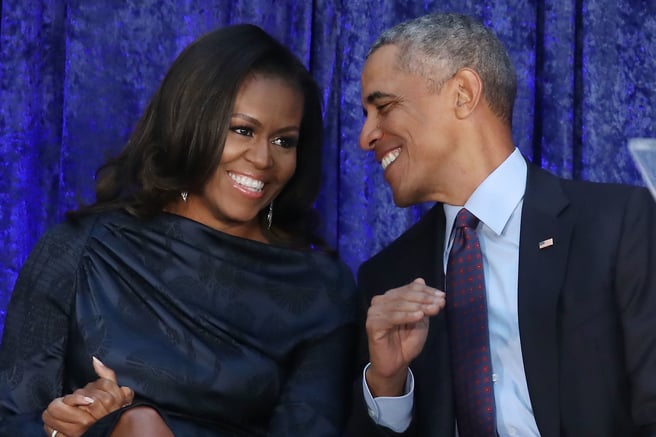 Michelle Obama with her husband, the former President of the United States Barack Obama. Image: Getty.

Michelle Obama explained that this was in recognition of the operations of every day workplaces that don’t compliment the experience of going through menopause, which includes symptoms such as hot flashes, mood changes and sleeping problems.

"There are a lot of the functions of day-to-day life when you're going through menopause that just don't work, it's like how we dress, wearing a suit?!

"Any person who's going through menopause who's going to work every day in a suit, you can be drenched in sweat, down to your core, in the middle of a freezing cold office, and have to shower, and change clothes, and fix your hair all over again."

Obama added: "We're not talking about it... the whole system of the workplace doesn't work for us in the right way."

You can almost hear women from across the seas shouting "hear, hear!" in response.

You can listen to The Michelle Obama Podcast on Spotify.