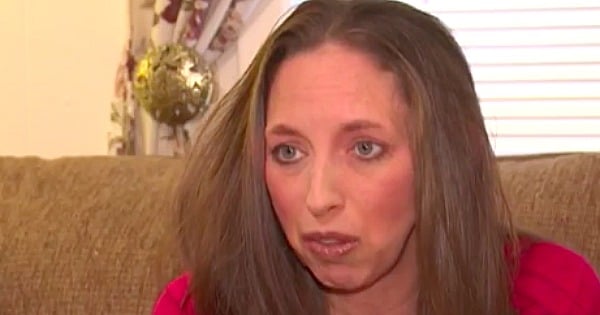 When Michele Mallin agreed to help a stranger start his car, she had no idea three lives were about to change forever.

On March 24, 1984, the 24-year-old Texas Tech student was approached by a man in a car park near her dormitory in the small town of Lubbock, a city in northwest Texas.

The man told Michele he couldn’t start his car and asked to borrow her jumper cables.

As Michele replied that she didn’t have any jumper cables, the man reached through her car window, unlocked the door, and ordered her to lay down in the car while he held a knife to her throat.

He then drove her to a vacant field outside town and raped and robbed her.

After the violent attack, Michele went to the police station and reported it. She was able to provide a good description of her attacker - he was African American, he was 'bug-eyed', he was less than 6 feet tall. Michele was even able to identify the clothes he wore during the attack - a yellow t-shirt and sandals - and that he smoked cigarettes throughout the ordeal.

Two weeks later, Michele confidently pointed out her attacker in a photo line-up of six suspects.

The man Michele pointed out was Timothy Cole, a 26-year-old army veteran, who was also a student at Texas Tech.

The police identified Cole as a potential suspect after he was spotted buying pizza at a restaurant that was close to the location of the attack, two weeks after it occurred.

Based on Mallin’s identification, Cole was arrested and charged with aggravated sexual assault. In court, Mallin testified and identified Cole as the perpetrator.

However, on the night of the attack, Cole was at home studying while his brother hosted a card game. Violent attacks similar to what happened to Mallin continued in the weeks after Cole's arrest. Fingerprints that did not match Cole's were found in Mallin's car, and Cole wasn't even a smoker.

After just six hours of deliberation, Cole was convicted and sentenced to 25 years in prison. The prosecution offered him parole if he admitted guilt, but he refused.

Cole died in prison in 1999 after a massive heart attack, but in 2010 he was posthumously exonerated.

You see, another man attacked and raped Mallin, and police had arrested him just three days after the attack. They just didn't realise the real criminal was right under their nose.

Cole's brother, Corey Session, told the Truth and Justice podcast that the arresting officers were "too cocky" and they overlooked the real suspect.

"They had arrested a guy after my brother who had committed a rape the exact same way that my brother was charged with. Walked up to a car at night, asked for jumper cables, forced his way in," he said.

"Turns out he’d done another one (rape), two others after my brother was accused. Thing is they said Tim was there to calm the fears of the public. People were withdrawing their children from Texas Tech university and sending them back home (due to fear over the rapist).

"They nabbed him, he (Tim) had a pristine record, meanwhile the person they did arrest had already been convicted of aggravated rape when he was a juvenile in Lubbok, but they never put that guy in a lineup."

The real attacker was Jerry Wayne Johnson, a man who admitted to the crimes in a series of letters he wrote to the police.

"I have been trying to locate you since 1995 to tell you I wish to confess I did in fact commit the rape Lubbock wrongly convicted you of. It is very possible that through a written confession from me and DNA testing, you can finally have your name cleared of the rape ... if this letter reaches you, please contact me by writing so that we can arrange to take the steps to get the process started. Whatever it takes, I will do it," he wrote.

However, the letters went unanswered and Cole died unaware that the real rapist was trying to confess to the crime he had been wrongly convicted of.

In 2007, the Texas Innocence Project found the letters and sought posthumous DNA testing. Soon after, Johnson officially confessed to the crime, and almost 25 years after her rape, Mallin was able to confront her real attacker in court.

"What you did to me, you had no right to do," she told him according to CNN.

"You’ve got no right to do that to any woman. I am the one with the power now, buddy."

Once Michele realised that Cole had been wrongly convicted she worked with his family to get his conviction overturned.

The Innocence Project joined with the Innocence Project of Texas as co-counsel on the case, and a Texas judge officially exonerated Cole at an unprecedented posthumous hearing on April 7, 2009 and Texas Governor Rick Perry pardoned Cole on March 1, 2010.