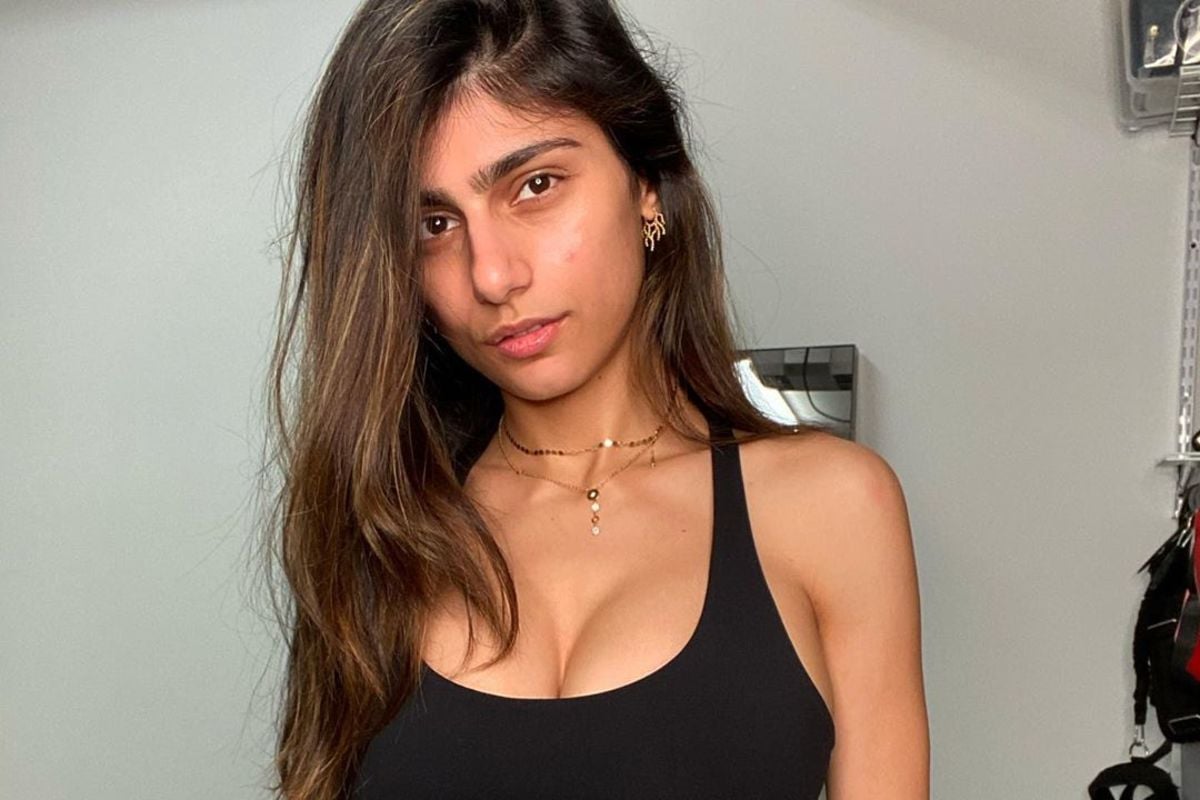 This is still the case today, six years after Mia’s videos first appeared. Her unexpected fame as a result of these videos is something the now 27-year-old said will ‘haunt me until I die.’ She says her decision to enter the industry was one that stemmed from low self-esteem, explaining that the way we feel about ourselves doesn’t discriminate.

"I struggled my entire childhood with weight and I never felt attractive or worthy of male attention and suddenly my first year of college I start losing all this weight from making small changes and by the time I graduated I was ready to make a bigger difference."

Despite being a non-practicing Catholic, the suggestion to wear a hijab came to her from producers. Being so young at the time, she didn’t think she could say no.

“[The producers] gave me this script and told me what I would be wearing and I said ‘you are going to get me f***ing killed’,” Mia told a radio station in 2018.

“Not even a week later the death threats were racking up. The entire Middle East was after me.”

After the video began to trend globally, ISIS hacked her Instagram account, shared jihadi propaganda, posted a photo of her apartment on Twitter and sent her a manipulated image that showed Mia about to be beheaded by an executioner with a message suggesting she would go to hell.

Following this, Mia’s parents disowned her and she said she felt completely alienated not just by the world, but by her family and the people around her. Even when she left the industry, Mia said she realised some mistakes just aren’t forgivable.

But ever since, Mia has been fighting to have the videos removed with no success. Having signed a contract in 2015 with WGCZ Holding, the parent company of BangBros, it gave the business control of her website and domain name and they continue to use her stage name and even post in the first person.

“The death threats are emotionally crippling; I haven’t felt safe even going to the grocery store alone in years.”

Mia is still attacked and threatened online. So much so that on Instagram she only followed her friends and what she was interested in, muting everything else and up until recently, had her comments turned off.

The negative attention doesn’t only affect Mia. She said her fiancé Robert Sandberg, a Swedish chef who she became engaged to in March last year, also read the slew of nasty comments she received.

"It was awful," she said of the Instagram criticism. "It really affected me, even if I put a brave face forward to the public."

However now working as both a sports commentator and influencer, Mia has harnessed her large social media following, particularly on TikTok where she feels her audience is different to all of the others.

"As soon as I joined TikTok I found this whole new world where I can actually read the comments and not feel like I should have them turned off and actually want to engage with the people commenting. They feel like my friends,” she told Mashable.

“That hourly dissociative attack from remembering hundreds of millions of people’s only impression of you is solely based on the lowest, most toxic, most uncharacteristic three months of your life when you were 21,” Mia recently said on TikTok.

The petition is almost at 1.5 Million signatures 🥺😭♥️ Working on the hand-written “thank you” notes for y’all right now 💌✍️ link is in my bio!

As a result, Mia’s fans have created a Change.org petition in an attempt to have her videos removed from the internet which has gained almost two million signatures.

“Mia and her team have provided countless financial offers to the current owners of her domain name and pornographic videos to no avail. Big corporations are not giving Mia Khalifa a fair chance to demand her﻿﻿ content in court due to financial advantage,” a section of the petition read.

While Mia now seems to a world away from where she was six years ago, she still to this day receives therapy for trauma, emotional distress and the consequences of bullying according to the petition organisers.