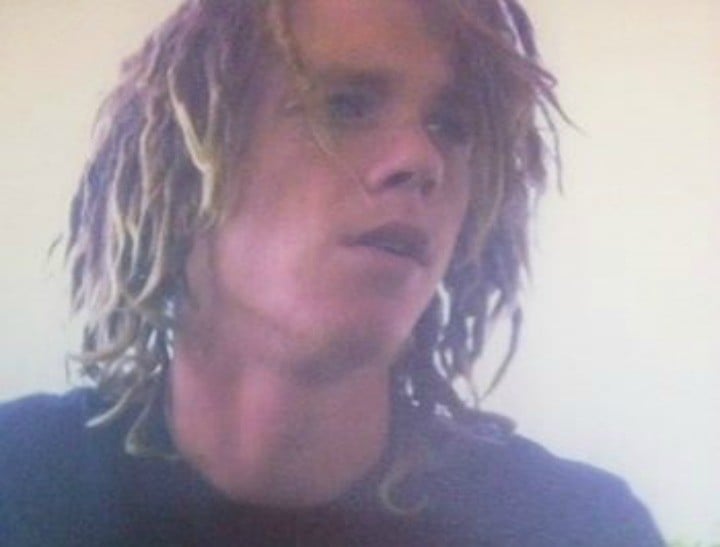 Trigger warning: This post involves details of suicide and self-harm that could be triggering for some readers.

Christopher Ball was only 21 when he visited the emergency department of Redland Hospital after cutting himself with a razor blade.

The young man, who had previously attempted suicide as an inpatient at a mental health facility, was turned away from the hospital on the 3rd of September last year.

Just days later, on 14 September, Christopher – whom his mother describes as “a very popular boy” with “hundreds and hundreds of friends” – lost his battle with depression.

Christopher’s mother Kerrie Keepa, 50, is furious her son was turned away from the hospital, and that he was previously dismissed as “attention-seeking” by an employee at its Yugaipa mental health ward.

“I took him up to Redland Hospital to A and E and we were waiting for about four hours,” she told Mamamia, describing her son’s last hospital visit.

“This fellow came to see us, a social worker or something. He basically said there are no beds. Chris said, ‘Do you want to see my leg?’ He said, ‘No, I don’t need to see that, I’ll send a referral and you’ll hear from us in a week or two’. And he gave us a couple of sleeping pills and sent us on our way.”

A family doctor prescribed antidepressants the next day, and said he wanted to see Chris again in two weeks for a follow up.

“But he didn’t make it to two weeks,” Ms Keepa recalls. “It’s too late. He’s not coming back.”

She is particularly flummoxed that her son’s illness was not taken more seriously, particularly given a strong history of suicide in her family — and she is now determined to change the Australian health system’s approach to mental health – so that no family ever has goes through what she has.

“I think funding obviously is a problem. I think also training is a huge problem,” she said.

“(O)ur experience was with Redlands Mental Health,” she added in an email.” (But) Redlands is only a tiny fraction of this epidemic.”

Ms Keepa’s tragic story has renewed pertinence today, as a leaked report is revealed to have found the current system is poorly planned and integrated and is a “massive drain on people’s wellbeing”.

The review recommends redirecting more than $1 billion in funding from acute hospital care to community-based services from 2017, in an attempt to address the systemic problem of a lack of support for patients who are discharged from hospital after attempting suicide.

The report also urges a “radical rethink of responses” to mentally ill people seeking help — a response that Ms Keepa has been working for months to see recognised.

“I think that what the report is saying is absolutely true and correct,” she told Mamamia today. “From what I have seen it is the case. The whole mental health system’s a total shambles.”

Ms Keepa – herself a nurse – founded the SOS Fast page on Facebook to raise awareness of the cause last year, following Chris’ tragic death. The page already has more than 31,000 “likes” – and has drawn comments from dozens of concerned individuals with their own stories to share.

“Sad sad sad. Have had our own horrific experiences with the public health system regarding my daughter’s mental health and attempted suicides,” one wrote.

“I have also had the experience of being severely depressed myself and begging for a bed but being told there were none,” another posted.

“My husband took me to emergency twice because I didn’t want to go on and they sent me home both times saying there were no beds,” another wrote. “Many desperate calls to doctors, shrink, psych, acute care and taking myself in a taxi for a third time to emergency, collapsing on the floor – they (finally) admitted me.”

Ms Keepa is now calling on the Queensland Premier and Minister for Health to urgently implement emergency suicide training in hospitals, and to work in conjunction with hospitals and community care to dedicate more beds to suicidal youths.

A petition, which has already attracted more than 25,000 on Change.org, declares: “No patient requiring urgent attention should ever be turned away from hospital – end of story.”

“Has your your relative tried to commit suicide? Because if she hasn’t, then she needs to wait…”

“I have experienced in my own family… ‘Well has [your relative]* tried to commit suicide? Because if she hasn’t then she needs to wait, we can’t admit her yet’,” he told Mamamia. “That is really unacceptable.”

He said the system is suffering from a significant lack of resources, partly because “we have so many funding bodies within government, and then different layers of government across governments”.

“Those different funding sources mean that we either get duplication of effort or we get parts given up,” he said.

“People who are dealing with very high levels of distress, at their time of greatest crisis, are the ones that are expected to navigate a complex system,” Mr Quinlan said. “We simply wouldn’t tolerate that if we were dealing with a torn knee or bad back.”

Responding to today’s leak, the organisation’s CEO Jack Heath said: “The time for leadership and action to reform the mental health system has arrived.

“All levels of government need to get on with the job of creating a mental health system that provides the appropriate supports and services to people when and where they need it.

“To do this we need determined leadership at a national level, backed by strong support across all political parties – this is one issue where we should be able to work together free of politics.”

Heath called on the Federal Government to immediately release the National Review in full, as well as its response to the review.

“I think that they need to stop keeping it locked away and bring it out to the public,” she said. “And they need to act on it.”

Metro South Addiction and Mental Health Services’ Executive Director, Professor David Crompton, last year said he could not comment on Christopher’s case for reasons of patient confidentiality, but told Mammaia there were “no bed shortages” at the time.

*Identity has been changed.

If this post brought up any issues for you, or you just feel like you need someone to talk to, you can contact Lifeline on 13 11 14 at any time of the day or night.

As a suicidal person myself with a couple of hospital admissions, I ask: should we be preventing these people from dying? I'm considering a triop to Belgium where there are euthanisia options for mentally ill. I am so done with this life and this planet and being able to say goodbye and dying in a clilnical setting is certainly more dignified than anything I can think of to do it myself.

The other problem within the system is that there is not enough support to help prevent people from getting to the point of suicidal. I have a very long history of depression, with several suicide attempts. I have seen psychologists, and actually managed to find one I really respected who I felt could have made a huge difference, but even with the Medicare rebate for a mental health plan, I simply could not afford to pay $90 for each appointment. If there was affordable treatment it would make such a big difference and may help people take control of their illness before it takes control of them and they end up at the hospital begging for help.