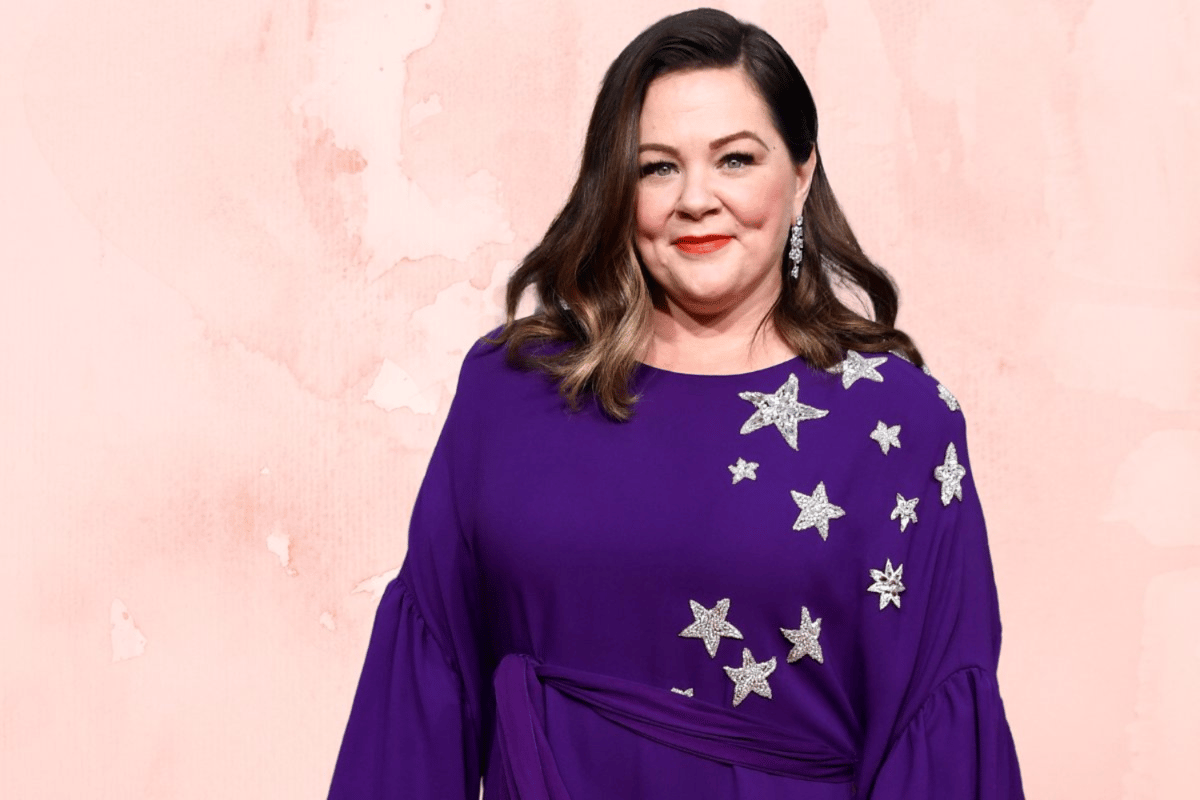 Melissa McCarthy and her filmmaker husband Ben Falcone dole out small slices of shared humour in the same way your mum would ration out the last of the Easter chocolate.

Carefully, strategically and often leaving you with the nagging feeling that there's much more up for grabs than they're really letting on.

The wife and husband creative team, who first met in a comedy writing class and have been married for more than 15 years, have meshed together their shared love of comedy to create several movies over the years.

Yet, when you're in their presence and their banter kicks into overdrive, it can feel like their movies are only giving us a taste of the wickedly funny world that exists between just the two of them.

At least, that's the sentiment that reverberated across the screen to me during a Zoom call with Melissa, Ben and their co-star Bobby Cannavale to talk all things Superintelligence. 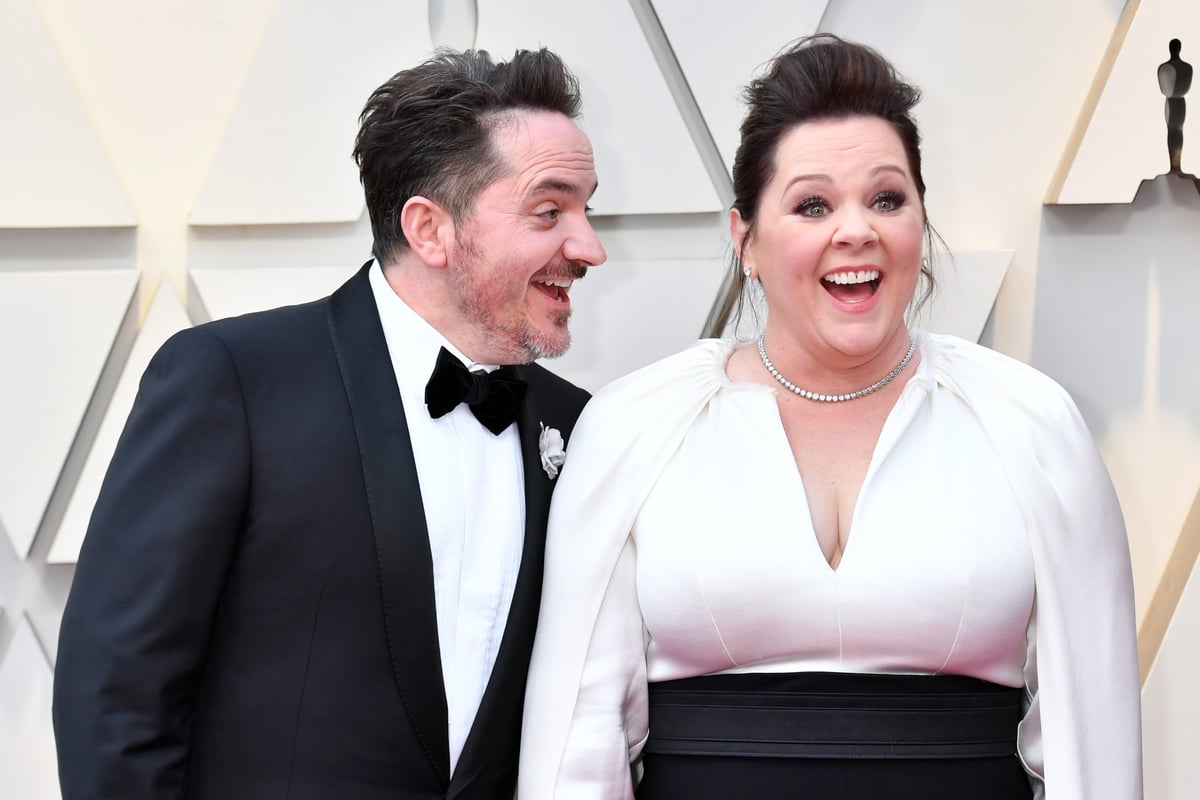 Ben Falcone and Melissa McCarthy met in a comedy writing class and have been married for more than 15 years. Image: Getty.

In the film Melissa plays Carol Peters, a former corporate executive now stuck in a career rut and living an unfulfilling and often lonely life.

This explains why she's deemed "the most average person on Earth" by a powerful new form of artificial intelligence (voiced by James Corden) that is pondering whether to save humanity or just completely destroy it.

The A.I. gives Carol just three days to convince him, through her actions, that humanity is worth saving.

So now the fate of the human race depends on whether Carol has the courage to go after her ex-boyfriend George (Bobby Cannavale), the one who got away, and prove that people always deserve a second chance.

When the script for Superintelligence, written by screenwriter Steve Mallory, first came into their lives, Ben and Melissa said it looked very different from the movie that eventually wound up on our screens.

For one thing, the main character of Carol was originally written as male, but for the film's director and producer Ben, Melissa had the specific comedy chops needed for the role. After she nudged him in that particular direction.

When you look back to the beginning of the couple's filmmaking history together, the decision makes sense.

Take a look at the trailer for Superintelligence below. Post continues after video.

Many years ago when Melissa McCarthy was only known for her sweet TV roles on Gilmore Girls and Mike and Molly, she and Ben set out to write a script that would introduce the world to her particular brand of big, bawdy and sometimes very dark humour.

But it wasn't until Melissa's scene-stealing role in the hit 2011 movie Bridesmaids, a role that  earned her critical acclaim and a rare Oscar nod for a comedic character, that headlining big-screen movies became a possibility.

The script the couple had been working on was released as Tammy, with Melissa in the lead role and Ben directing and paved the way for a slew of collaborations including The Boss, Life of the Party and now Superintelligence.

"Originally it was written for a male lead and Melissa was going to be the voice," Ben, 47, told Mamamia. "Then she kept reading the script and started saying 'I think I should be the main character' because she just fell in love with the story.

"I was so taken with the story that I just kept worming my way into it," Melissa, 50, agreed. "I just kept nudging him by saying 'Well... I’m not doing anything.' I wanted to throw my name in the hat and see what could happen there.

"I loved the idea of this character. She is trying so hard but it's not perfect, because nothing is. We wanted to tell a story where the audience would be really rooting for somebody because things are scary but also hopeful. I wanted to insert myself into that story.

"So I asked Ben (she says, gesturing wildly at her husband) and he didn’t say no. I haven’t been fired yet."

"And then it turned out great," Ben added. "Then we thought of Bobby immediately for the part of Carol's love interest George. Which is a wonderful way to put a movie together because you just call a friend and say, 'Do you want to do it?'"

The couple's humourous relationship dynamic spilled onto the set and soon they were improvising new scenes and slices of dialogue that found their way into the movie.

In Superintelligence, Ben once again plays a small role alongside his wife by taking on the character of NSA Agent Charles Kuiper (although, I don't think it's destined to be quite as iconic as his Bridesmaids cameo as Air Marshal Jon), and they both name those shared scenes as their favourites to film.

"I did love the scene where you guys threw me in a van and took me to a warehouse," Melissa said, turning to Ben and laughing. "Just that whole Law and Order type moment. It’s where the plot of the movie really shifts and you start thinking, 'Something really dangerous is going on.'"

She continued: "And just watching Ben play an FBI agent was so funny. We just improvised so much stuff. Most of what’s in that part of the movie is improvisation. It was so hard for me to stay in character and looked like I was frightened because he was doing and saying the most insane things.

"It’s a good day at the office when you can barely keep it together."

At this point in the interview, Bobby Cannavale turns to Ben, confused, and says, "Are you sure you’re in the movie? When do you show up?"

"Did you read it?" Melissa asks, feigning shock.

"Oh right, yes... that was a hell of an improv..." Bobby says, potentially regretting kicking off this conversation.

"He hasn’t seen the movie," Melissa deadpans, turning back to me. 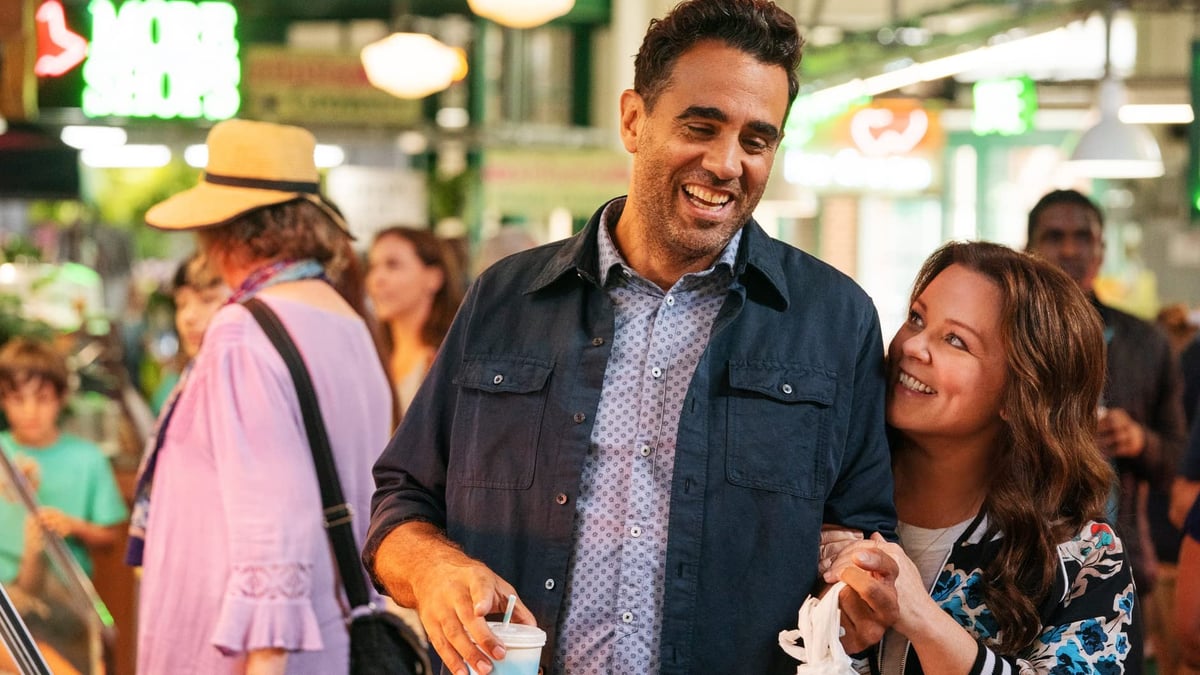 Bobby Cannavale as George and Melissa McCarthy as Carol in Superintelligence. Image: Roadshow.

There's a moment in Superintelligence where, thinking the world is going to end, the characters have to decide who they'll spend their last moments with.

It's a somber story thread baked into an otherwise loose comedy and so I ask the trio if filming those scenes made them think about that idea.

Who you'd want with you if someone said the world was coming to an end (which, after this year, doesn't seem all that crazy).

But judging by the blank, slightly concerned faces that stared back at me in silence, I'm guessing that death and destruction wasn't the theme their movie was trying to convey.

"That does become... slightly morbid if you think about it repetitively... so no," Ben said, slowly shaking his head, which caused Melissa to burst into laughter.

"The point that Steve Mallory, the writer, was trying to make there is what Carol chooses to do with her last three days is to make things right with the love of her life. It’s all about the simple things in life. Just being with family and friends."

Thankfully Bobby, 50, a father of three who is currently raising two young sons with his partner, Australian actress Rose Byrne, stepped in to save the question.

"It’s good to have a reminder of that. I don’t need a pandemic every year to tell me that, but certainly it’s a good reminder for us all."

So there you have it, folks, Superintelligence is comedy wrapped up in love story made by a couple who share their humour with the world.

At least a slice of it.

Superintelligence is out now. It is rated PG.